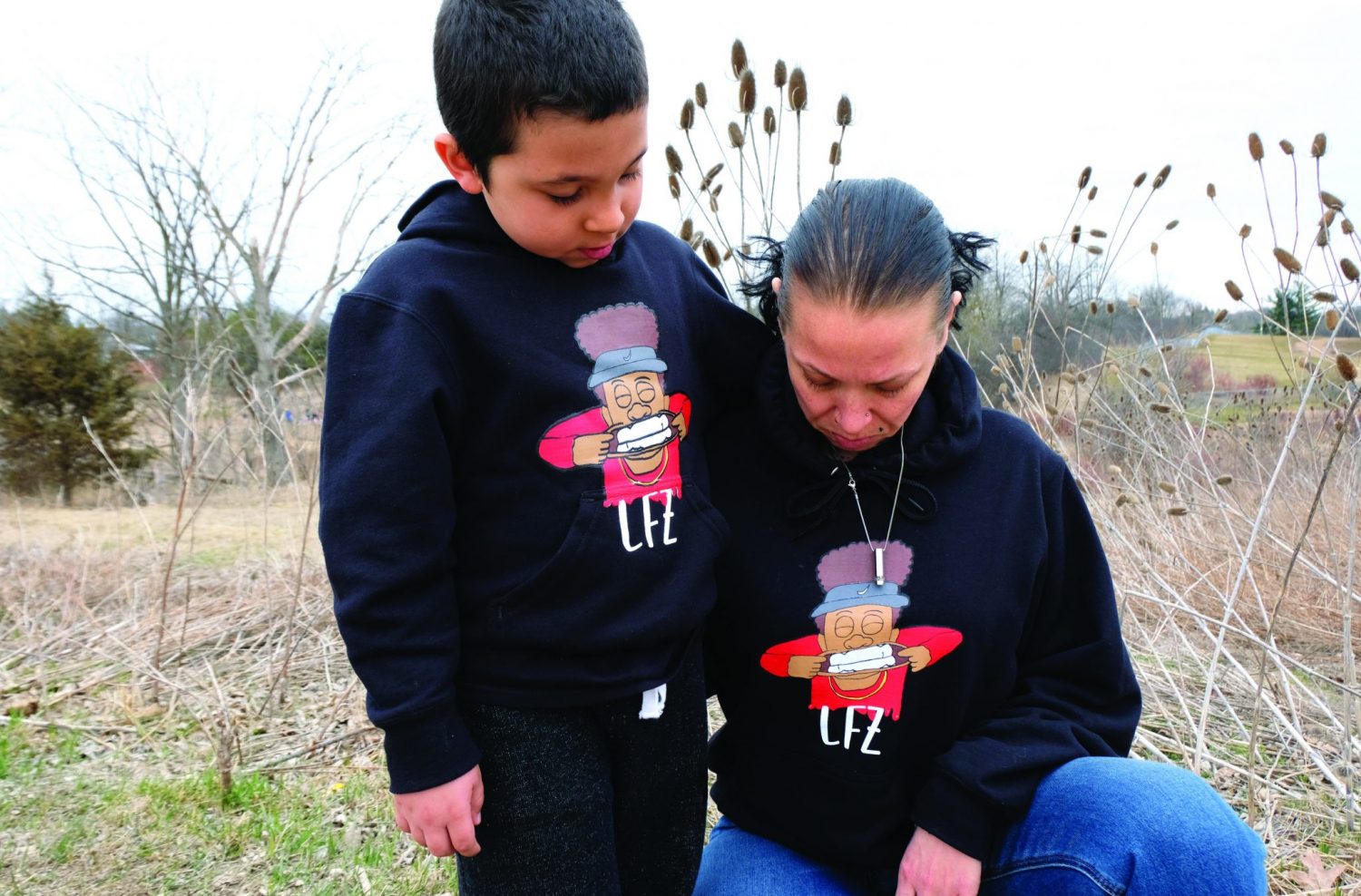 #LoveForZion: Kitchener Mother Advocates for Education About Drug Use

When I asked Kitchener resident Jaimie Farrell to describe her son, Zion Farrell-Williams, she paused smiling, while tears gathered in her eyes. It was the mix of emotions that coincides with missing someone that you loved more than anything.

“He was just so outgoing and shy … very sheepish. It’s hard for me to put it in words. The first thing I think about when I hear his name is his smile. It’s something definitely that everybody remembered about him … It was so shy,” she said.

This month marks the one-year anniversary of Zion’s death. He was 14 and in grade nine at St. Mary’s High School. He was a dedicated athlete and a leader both at school and in his home.

“He was very much a leader, but wanted, at the same time, to please and impress people … He liked making people laugh and he liked people liking him,” Farrell said.

In May 2017, Zion came home late after hanging out with friends.

“I could tell that his eyes were red. I knew that he smoked [marijuana]. He walked in an I looked at him and I said, ‘I’m mad at you, but I love you,’” Farrell recalled.

Zion went upstairs and played video games, then went to bed. The next morning, his older sister Taejohnna discovered that he wouldn’t wake up. 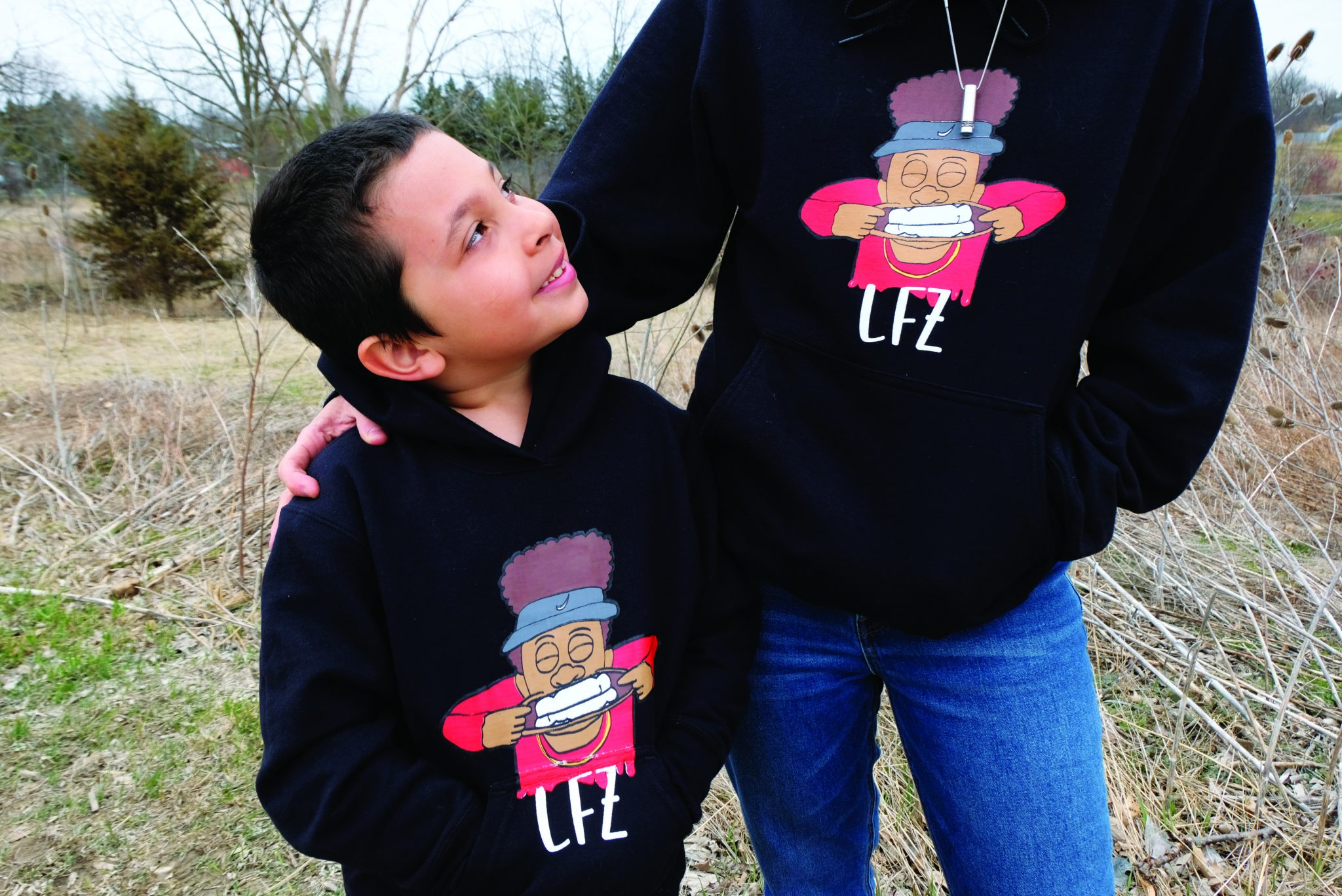 “I didn’t know what happened, and I didn’t know what it was,” Farrell said. While she had heard rumours that Zion may have taken Xanax, the coroner ensured her that he was healthy and that his body could have withstood taking Xanax.

It wasn’t until six months after his death that Farrell was told by the coroner that there was fentanyl in his system. She later learned that Zion had taken Xanax cut with fentanyl on the night of his passing. Farrell explained that Zion learned how to take Xanax from friends and the lyrics from rap music.

“[Initially], I didn’t talk to the media or the press because I was very scared of people labelling my son and I didn’t know what to do. I didn’t want anybody to associate him as a drug addict. The thing is, I’m very compassionate for people who have drug addictions … but it doesn’t matter whether I have compassion or not. My son wasn’t an addict and I wanted to make sure people knew that,” Farrell said.

As the year after Zion’s death progressed, Farrell became passionate about sharing his story. Her goal was, and is, to inform members of the community about the fentanyl crisis.

“You don’t have to be a drug addict or a seasoned drug user to die from this drug,” she said.

After meeting with a medium who told her that Zion didn’t want to be forgotten, Farrell began her advocacy work in the Region.

It started with Zion’s name. Zion wasn’t able to travel during his short life, so Farrell asked anyone who could to hold up a sign with his name on it when they visited new places.

“So I started doing this thing where I would ask people to hold up a sign with his name on it, because he wasn’t able to travel anywhere. He didn’t get the chance to go to all these beautiful places in the world that he could have if he lived. So that kind of just took off,” Farrell said.

People have held up signs with Zion’s name on it all over the world, including the Great Wall of China and at the winter Olympics. Farrell just asked that the photo be posted on social media. With the success of this initiative, Farrell and her daughter developed a hashtag that they also hoped would raise awareness.

“#LoveForZion was my daughter’s idea,” Farrell said. “So it went from me wanting his name everywhere, to now using this platform to bring awareness. I started getting really worried about other kids, about [fentanyl] falling into other kids’ hands.”

But it wasn’t until this Christmas that the #LoveForZion movement became an tangible, opposed to a conversation. For Christmas, Farrell’s teenage cousin drew her a cartoon caricature of Zion, based off an actual photograph of him that she loves.

“It said, ‘Merry Christmas, Mom, I love you. From Zion.’ And that was the best Christmas gift I got,” Farrell said. 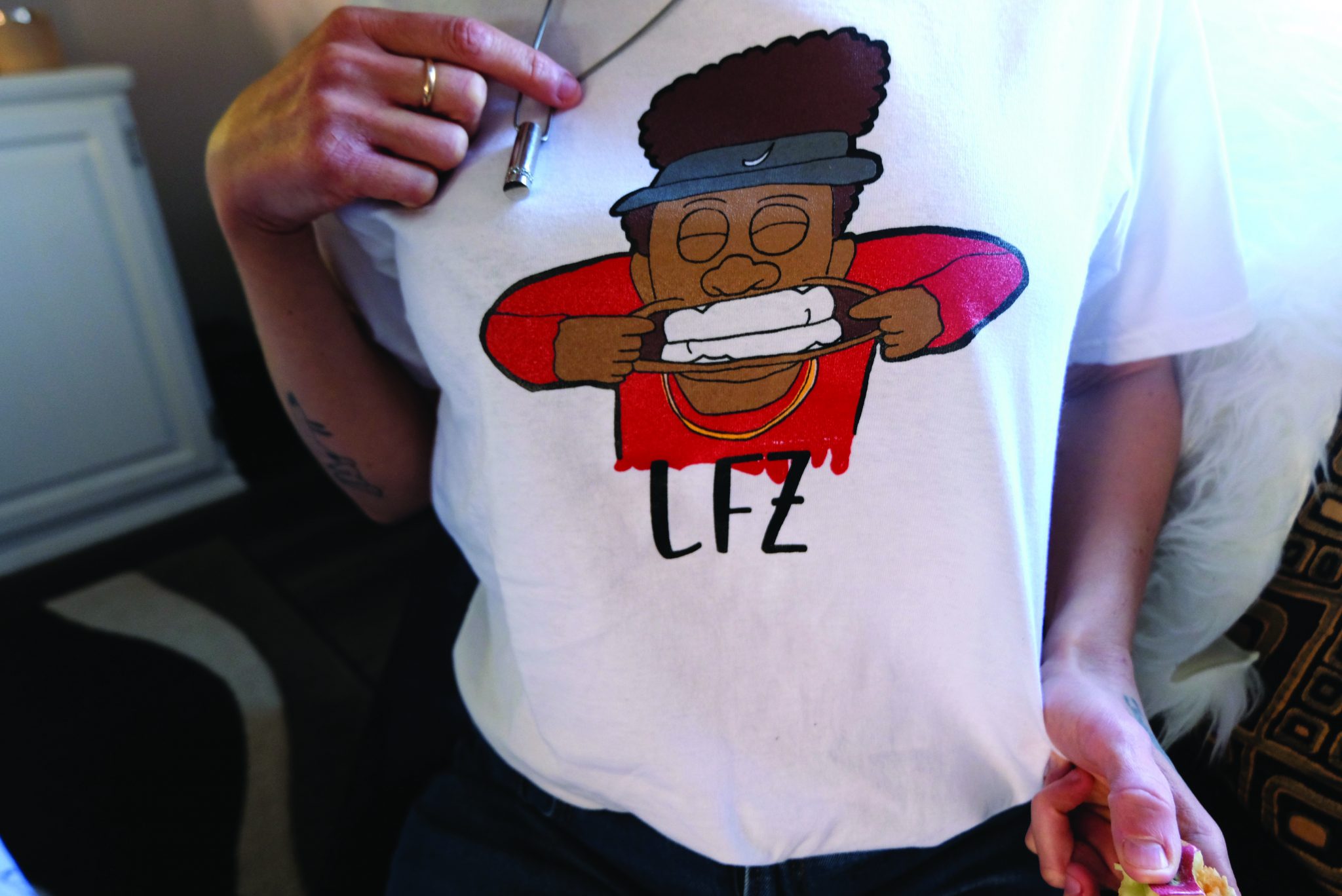 After Christmas, one of Taejohnna’s friends suggested Farrell put the drawing on a t-shirt — and she did just that. The shirts and sweaters are simple, with the caricature of Zion in the centre and “LFZ” — the acronym for #LoveForZion — written below.

“I just thought it was such a great idea from a teenager for a teenager. [The shirts are] for everybody, but I thought what an awesome way to make it almost okay and cool to say ‘no, I don’t want that drug,’” Farrell said.

“I want to find a way where teenagers [don’t] feel like they’re [uncool] if they don’t accept that drug that’s going around at a party. I want them to be able to be cool and say no, because [of] Zion.”

Farrell collects about five dollars profit from each shirt and sweater. She’s hoping to use that money to go to Jamaica, where Zion’s father is from. Some of Zion’s family members who live in Jamaica weren’t able to travel for the funeral, so Farrell wants to go to them. She would like to bury some of his hair in Jamaican soil.

The demand for the shirts has been much higher than Farrell expected and has been a lot to juggle on top of also being a working parent, but getting the message out to the community is so important to her.

“This has helped me grieve. To keep his name alive,” she said.

“I just can’t sit down with this information and let it happen again. It’s not right and I feel, since I’ve been sharing his story, that he’s saved a life already.”

Moving forward, Farrell has met with a few local politicians, but her ultimate goal is to sit down with Prime Minister Justin Trudeau to share Zion’s story and help put an end to the fentanyl crisis. She would also like to start sharing Zion’s story in schools, in efforts to further educate students about the risks associated with drug use.

“This is an epidemic, this is a public health crisis. And it doesn’t just affect Kitchener-Waterloo. It affects us as a country,” she said.

On May 16, Farrell will be walking up McLennan Park to commemorate the one year anniversary of Zion’s death. She invites anyone to join her in remembering her son’s life. More information can be found on the Love for Zion social media platforms.

“There’s no way that I would have allowed my son to lose his life in vain without using it to help somebody else,” she said.

“The support of the community and people around me, it takes a village. It’s not just me. It’s everybody around me.”