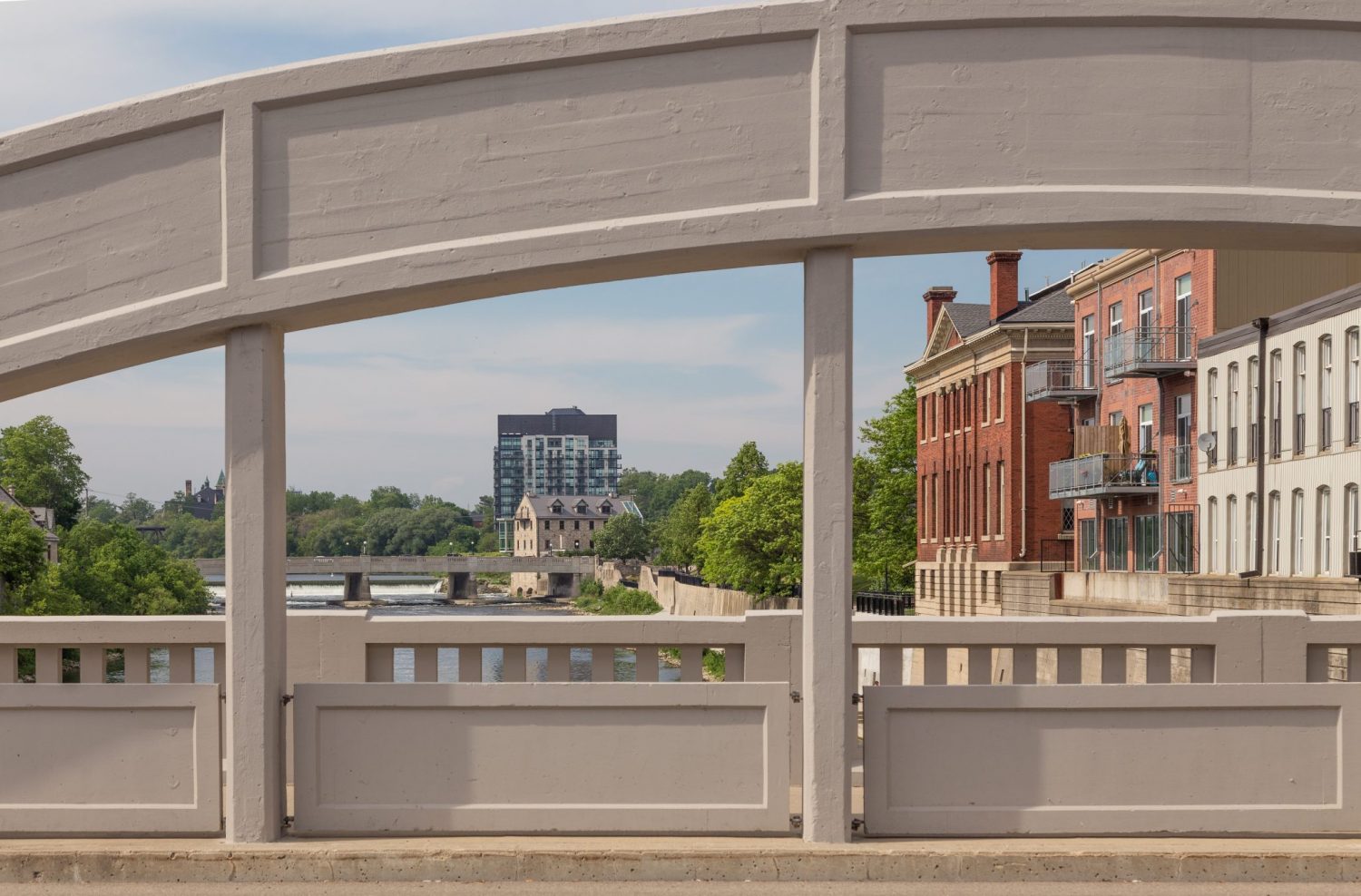 BRIDGE-ing the Gap Between Galt and its Students

Cambridge, specifically Galt, has been misunderstood in Waterloo Region for quite some time. My goal as a writer is to expose and reveal what is truly happening in Galt, by showcasing local initiatives that are creating a vibrant community which are challenging and changing old stereotypes of Cambridge.

The regenerative impact that the University of Waterloo School of Architecture has had in the historic community of Galt is beyond question. However, it is the role the students have played in connecting the local community to the school that has been a key part in the success of Galt’s urban revitalization.

From the inception of the non-profit student initiative the “BRIDGE Centre for Architecture and Design” in 2012 (originally a master’s thesis project by Zak Fish focusing on the impact of empty store fronts in small urban cores) to present day — a major revitalization of the downtown core of Galt has taken place, which seems to be no coincidence.

I walked the historic town and toured the campus with the current BRIDGE Co-Director Daniel Abad who is presently finishing up his master’s thesis.

“BRIDGE is a student run organization independent from the University that fosters the connection between the school and the community of Cambridge,” Abad explained. “Our mandate is to promote the discourse of art and architecture to Cambridge outside of the School of Architecture.”

The group reaches out to the community in many ways, but their greatest resource is their multipurpose storefront space located at 37 Main Street. This is how I discovered BRIDGE — in the late evening as I walked down Main Street, I saw all kinds of interesting lights and people congregating inside of what, at first glance, looks to be an empty store. I was peering through the window when a group of students came out and welcomed me into their end of semester night market held for the students and the community.

Abad explained how BRIDGE will facilitate any event that the student body feels there is a desire for and is willing to organize. The group runs about one event every week, and at least half of these are open to community — game nights, exhibitions, coffee houses, last week a student brought in goats — there’s really a wide variety.

BRIDGE evolved out of a disconnect, Abad said. Students wanted to change the fact that the school has so many unique events happening all the time that the local community was never aware of. The goal of BRIDGE is to create a space where members of the local community can come view, critique and be a part of the architectural community.

Director of the School of Architecture, Dr. Anne Bordeleau, reaffirmed the university’s commitment to downtown Galt with the proposal of an expansion on April 24 at city council. Bordeleau drew on the importance of revitalizing urban cores: expanding the university across the bridge to the east side of the river would stimulate the economy, have an impact on preservation of heritage, and allow for greater involvement in social development. It would, ultimately, be “transformative.”

Doug Craig, mayor of Cambridge also elaborated on this vision.

“What this expansion will do is give credibility to Cambridge as a university town, just like we have Conestoga outside of Blair. All of that fits together with the type of community we are building.”

Over the past six years, the hard work of student initiatives like BRIDGE has influenced the way our community is being shaped. Groups like these are developing a contemporary society that embraces urban heritage and connects members of the community. A vision fueled by creativity that has lead to expansions and has been instrumental in the revitalization of this downtown core.