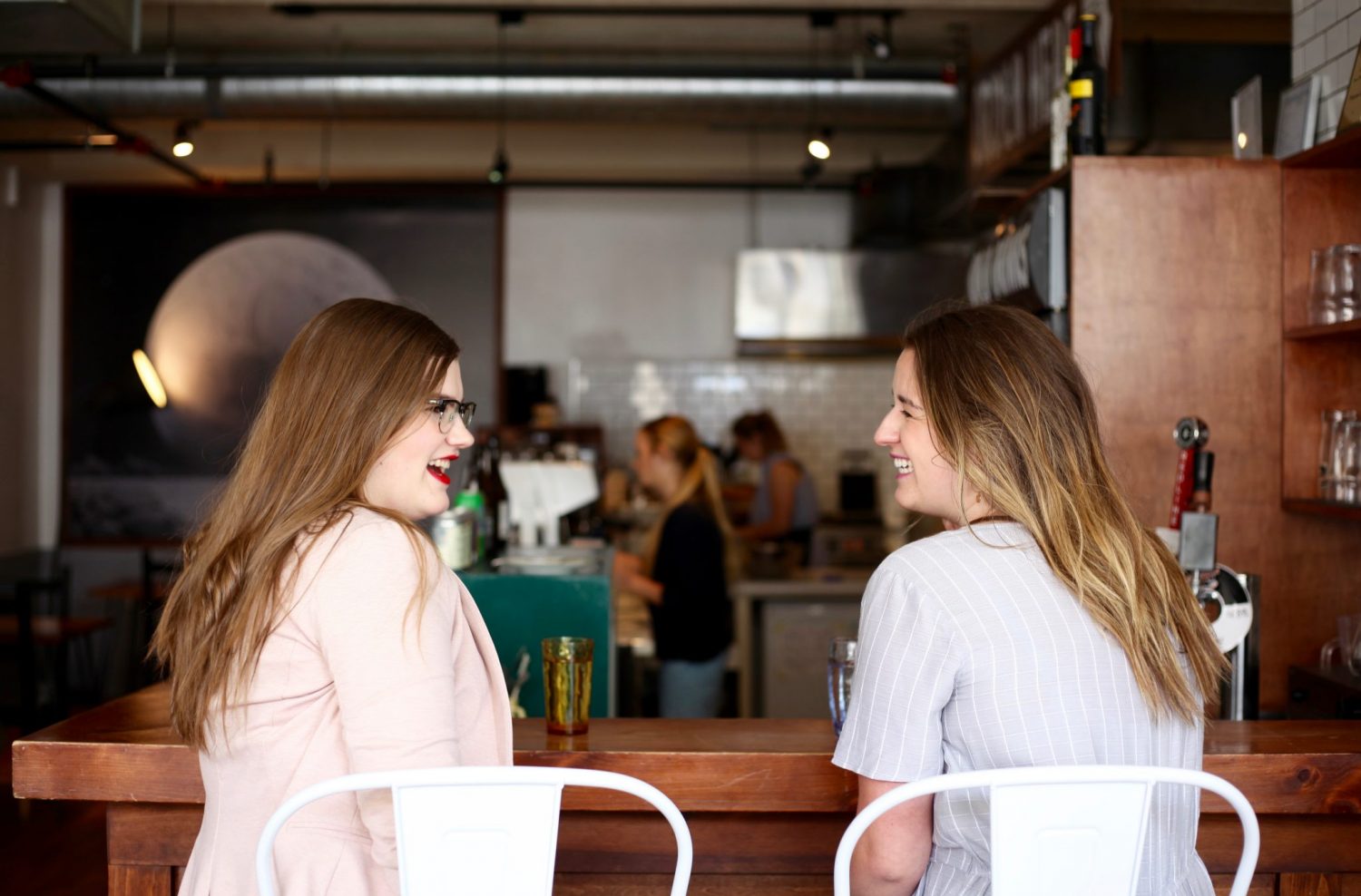 The goal for the podcast is to educate, inspire and create episodes which will motivate women in the community to follow their business and entrepreneurial dreams.

“The Bossy Women Podcast is an interview show which we upload every Friday, so it’s a weekly show and it’s all about inspiration and motivation for female entrepreneurs,” Steckly said.

“Some of the shows with our interviews have [local] business owners and some of them are us giving our own tips and advice and inspiration to inspire female business owners.”

Bentz and Steckly own their own businesses in Kitchener-Waterloo. Steckly is a freelance videographer in addition to being a recent graduate from the University of Waterloo. She also creates video and social media marketing for other small businesses and entrepreneurs. Bentz is a New-Hamburg resident who attends the University of Waterloo by day but is a social media marketing super star for Arbonne by night.

The two women met at the University of Waterloo and found common ground in their love of business and entrepreneurship.

“We both just liked to bounce business ideas off each other and dream about our future businesses and what we want them to look like. We wanted to start a podcast to do a fun creative project together and meet people who have similar goals,” Bentz said.

Both Katie’s founded the name “Bossy Women” in efforts to combat the stereotype and stigma behind the term “bossy” when it pertains to women who take charge of their own destiny or independence.

“We were kind of thinking about the name for a long time. We had an idea for a podcast that would be a show with local female entrepreneurs, and I think we kind of double crossed bossy women because we both relate to the idea of being called bossy as kind of an insult,” Steckly said.

“But growing up, both of us were called bossy at different points in our lives because we’re just independent kind of driven women and it also kind of lined up with the idea of being a boss and being your own boss.”

Bentz and Steckly explained that their target demographic ranges from aspiring female entrepreneurs to university students. However, this podcast could serve for many women looking to gain valuable skills in business.

“I would’ve loved to have something like this where I could’ve looked for inspiration outside of the classroom. As someone who has taken business courses in university, I think you learn the logistics of it, but you don’t learn some of the softer skills that you need to have,” Bentz said.

Steckly and Bentz try to have a wide range of diverse business owners in each episode. However, the theme of the podcast remains the same throughout each episode: women in entrepreneurship.

“We ask each guest what their experience has been like as a woman in their field and I think that is part of the core of our podcast, the experience of being a female business owner. And so it’s been very interesting to see how that looks in different industries,” Steckly said.

Although the podcast remains in the future stages of just shy of 10 episodes, the Bossy Women Podcast hopes to create a community to eventually start having networking events.

“We’ve always been very collaborative with each other about our own businesses and what our goals were. We [both] really liked the idea of creating the community in Kitchener Waterloo where we can have the inspiration from other female entrepreneurs,” Bentz said.

“Our goal in the future is, as a community, where we can have networking events and a place where we can really bring that community together.”