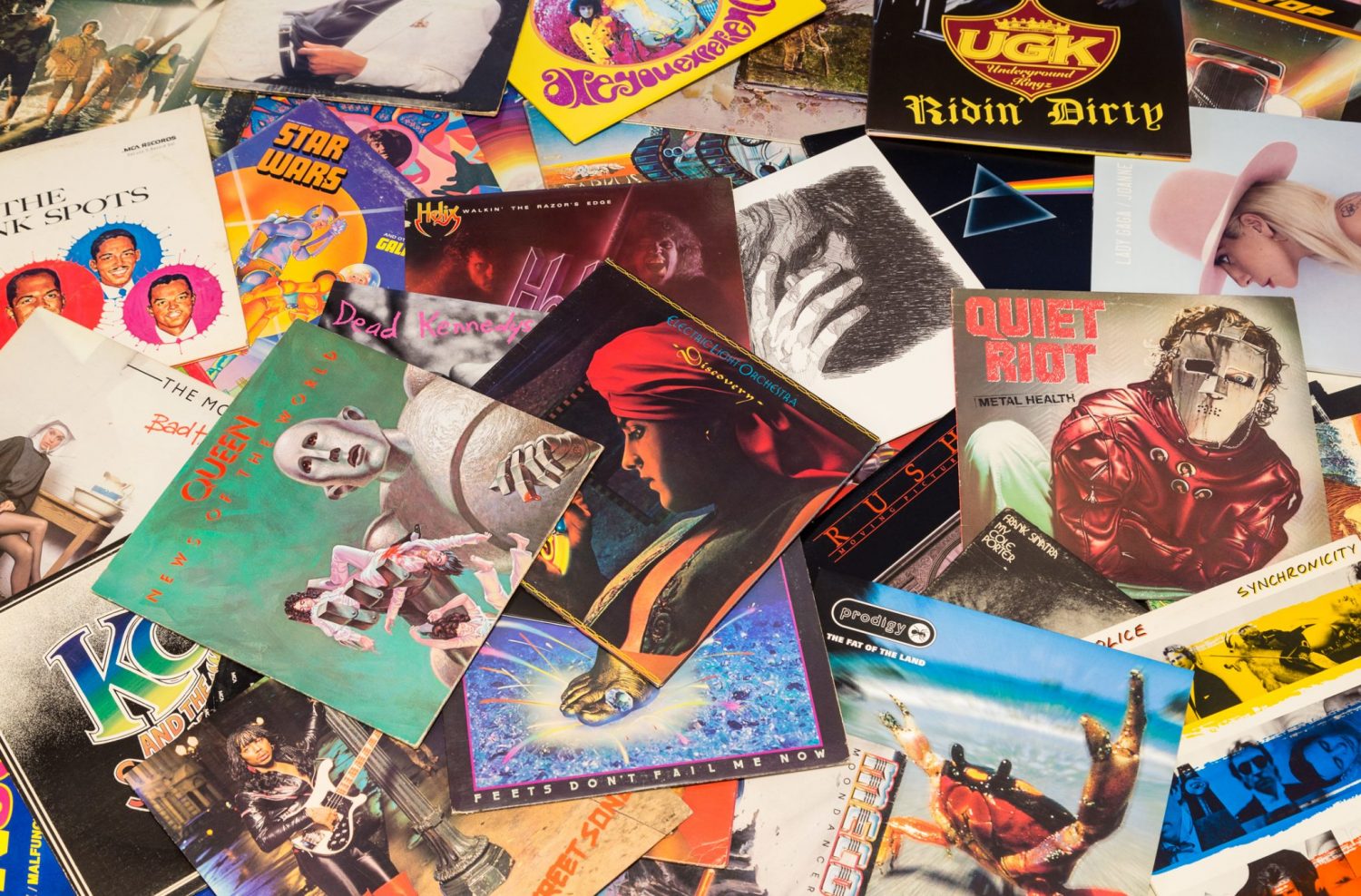 TCE’s very own Matt Smith loves vinyl and shopping for vinyl. A lot. Just in time for the holidays, we sent Matt on a little quest throughout Kitchener Waterloo to track down the best record stores. As a self-proclaimed expert, you should really take note of what he has to say.

As the token grandfather of local music shops, Encore Records has been around the block and back for the past few decades, starting on King Street in the 80s, then moving to Queen Street and now back to King. Their longevity deserves respect, but they’ve definitely got their feet planted firmly in the CD era, as vinyl only commands about a third of their floor space. That’s cool if you’re into CDs but not if you like used records. Their used section is the worst of any of the dedicated shops I’ve been to locally and beyond. Seven or eight half full bins just doesn’t cut it, in my opinion. Their saving grace is the excellent new vinyl selection which is probably the widest and most affordable in the region. If you want a new record chances are they have it at Encore and at a good price.

Forch’s is the new kid on the block in the KW vinyl scene. This downtown Galt shop is probably the easiest to browse in the region, with bright lights, well-organized sections, and two spacious aisles. The vibe here is quiet, warm and the back of the shop feels like a den with a few comfy chairs and listening stations so you can try before you buy. Selection for new and used is wide and reasonably priced with many used titles ringing up for as low as eight bucks. A big bonus for Forch’s is its selection of affordable used turntables, speakers, and other gear to get your listening situation started or upgraded.

It’s hard not to want to like Sunrise after they took over the mall spaces of former HMV storefronts, helping bring vinyl to the forefront of mall shoppers nationwide. They stock a rather large selection of mostly mainstream artists, both new and old. Some locations even have tiny used vinyl and cassette sections. For that selection you’ll pay a premium with prices averaging 10-20 per cent higher than average on a majority of records. Price and selection gripes aside, Sunrise has the strange practice of selling $30 repressings of records you can easily find for a buck or two at any thrift store (I’m looking at you, Neil Diamond).

With three large antique malls — two in St.Jacobs and one in Cambridge — we’re fairly well served with places to buy old shit. Seriously, I love these places, and they’re also home to thousands of records to dig through. There are booths at all three that are dedicated to vinyl, booths with a few bins, and some with just a handful of records. Some are well-researched and priced well and contain records in good shape, some have thrift store junk at laughable prices and some are just too expensive. Prices for popular artists can be a bit inflated, but oddities and gems and common copies can be found for just a few bucks. Still, they’re a great place to spend an afternoon and come home with a few random records to take for a spin.

Yes, you read that right, the Preston Home Hardware sells vinyl. Duck through a few of the aisles and follow the signs down the stairs, and you’ll find a small showroom of new and used records, accessories, and a few other music related items like portable CD and tape players. Most of the records are rock music and almost all the used discs are under $10. Vinyl Underground isn’t really worth a trip by itself but if you need some paint or a deluxe ten knife set, why not grab a record in the same purchase?

One in a thousand. Unlike C-3PO, I can tell you that those are the odds of finding a good record in good shape at a local thrift store. When you dig through the record bins at these shops you’ll encounter literally thousands of records that belong in the garbage. Kenny Rogers, Barbara Streisand, Perry Como, Nana whatever-her-name-is, and loads more junk that nobody has cared about for 30 years. Most shops sell records for two bucks, which isn’t terrible but some charge more (cough, Value Village) if they arbitrarily decide a record is worth more. Condition is also a big issue when thrift digging. Just when you think you’ve found a rad Doors or Jackson 5 album, you pull it out and find what looks like a dog’s frisbee.

The friendliest little record shop in the area is tucked away in Hespeler. At first glance, the shop seems tiny but it’s surprisingly easy to browse and pretty well stocked with something for any taste, both new and used. Whether you’re looking for classic rock, hip-hop, or 12” singles intended for DJs, you likely won’t leave Millpond empty handed, or at least without having a nice chat with the owners. Even though the shop is smaller, their prices are very competitive on new and used vinyl, often 10-20 per cent cheaper than others. Millpond also offers online shopping, allowing you to buy or hold products conveniently. If you have the time, this is definitely a place worth the trip.

Located in the attic of Jane Bond, you’ll find an overflowing trove of vinyl waiting to be discovered. Despite the name, you won’t find any bananas here but they’ve got a deep, diverse selection of vinyl to dig through, organized by genre and artist. It’s a bit of a cramped spot but claustrophobia be damned, because this is a place you’ll want to flip through every record from ABBA to Isaac Hayes, to Elvis, to Gangstarr. Speaking of Gangstarr, you’ll find the best selection of hip-hop records in the region here, including the rarely seen used hip-hop section. Prices on new stuff tend to be average or a bit higher than the local average but used stuff is well priced and plentiful. I’ve never left this unique little nook empty handed.

The Beat Goes On

If you combined all four local locations of this homegrown chain, you’d have a pretty sweet record and media store. Unfortunately that’s not the case and this means a more sparse selection of vinyl at each shop. BGO falls in the category of “pop in if you’re nearby.” Each one has a new section filled with typical stuff you’ll find everywhere and prices you’ll find everywhere, and a very fairly-priced used section and bargain bins that occasionally have a few gems in them. They also tend to be strict about condition, so if a disc or a cover isn’t in excellent shape you’ll see the price drop a fair bit to reflect that.

Between the Kitchener Market and Scott Street you’ll find Market Lane, where passerbys can hear a house belting out groovy tunes. This is X-Disc-C, a hidden gem for record collectors that is absolutely jam-packed, floor to ceiling with vinyl. The feeling walking into this shop is one part little-kid-on-Christmas-morning and one part anxiety. There are records everywhere: on the shelves, in bins, on the floor, and randomly stacked on top of each other. It’s difficult to browse quickly or find a specific item you might want, but if you brave the chaos you will find well-deserved rewards. You’ll find a bit of everything here, both new and used at very fair prices.

Note: smaller selections of new and used records are also available at KW Bookstore and at Natural Sound.