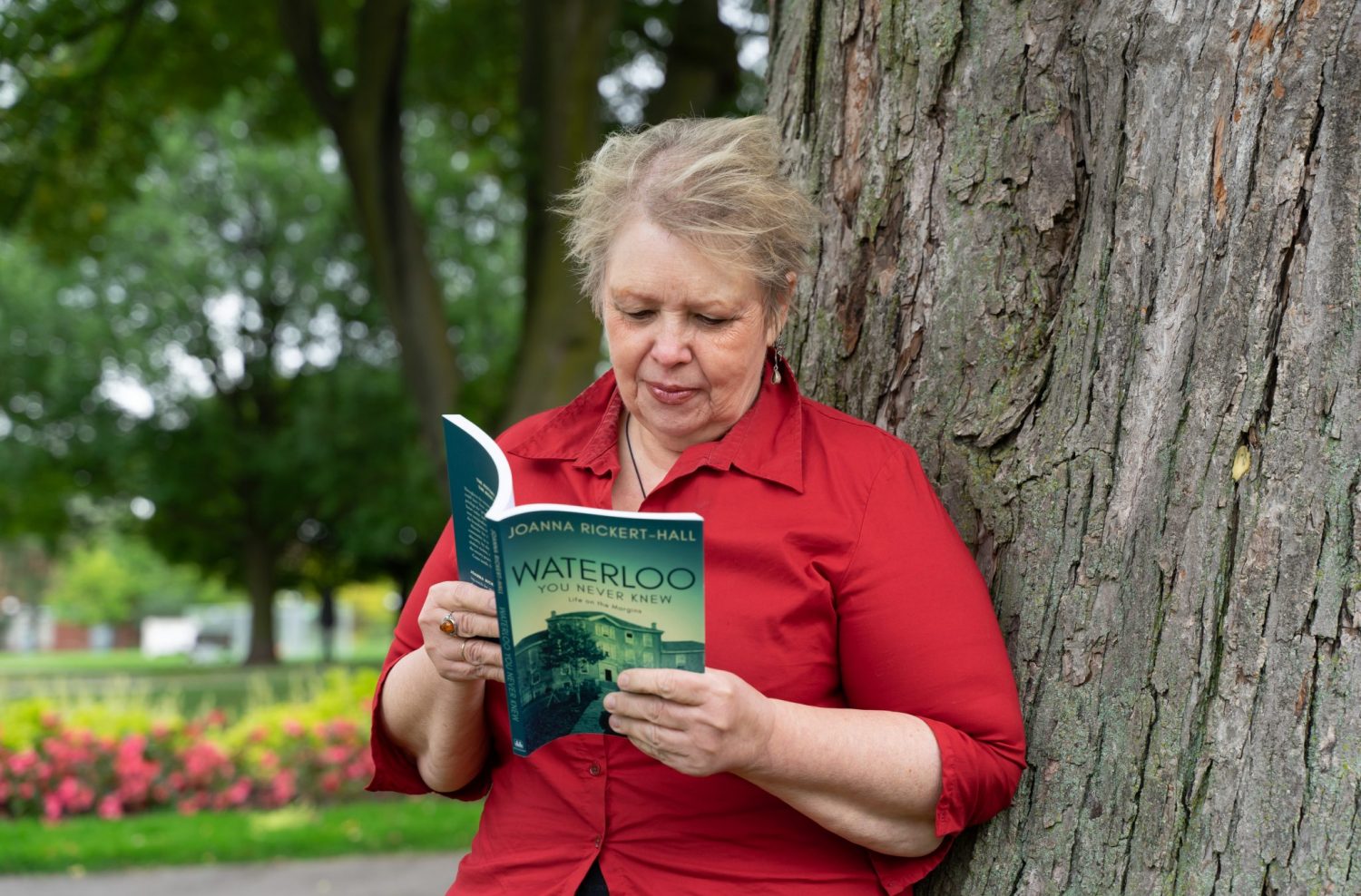 Joanna Rickert Hall on a Waterloo You Never Knew

In 1869, the Waterloo County House of Industry and Refuge opened its doors and admitted its first “inmate.” The suspiciously named institution was one of the first in Ontario to be built, funded, and administered by a local government with an ominous mission — to reduce the number of impoverished, ill and isolated people on our streets.

The house, originally built near the present-day intersection of Victoria and Indiana, serves as a centrepiece for local historian Joanna Rickert Hall’s new book, Waterloo You Never Knew: Life on the Margins.

In a community fond of defining its past, present and future, as one of barn-raisers and innovators, Rickert-Hall’s book digs beyond the veneer we create for ourselves, to unearth stories that are often ignored either because they are troubling, difficult or upsetting.

“You can appreciate that the things I read on a daily basis can get pretty hairy,” said Rickert-Hall, from the Grace Schmidt Room of Local History in the Kitchener Public Library, where a great deal of her research is done. “And yet, I think it’s necessary to dig through this and get an understanding that the people living here then are no different than we are today.”

Without giving too much away, she begins her work with the story of the displacement of the Region’s Indigenous peoples, then moves on to other stories including, an ex-slave who found refuge and community here in Waterloo, yet still died in poverty. She also explores a deadly cholera epidemic in Galt, as well as The Waterloo County Gaol, which as she explains in the book as: “the holding tank for many in transition — whether or not they had committed crimes in the conventional sense.”

The strong sense of social justice running through Rickert-Hall’s book is rooted in a duty the long-time Waterloo Region resident feels to place the problems we’re encountering today in a continuum.

“Our community and infrastructure have never been linear,” Rickert-Hall said, who has degrees in religion, culture and anthropology.

Most recently she earned a master’s degree in urban planning from the University of Waterloo. While she found the work planners do “boring,” she follows the heated debates around transit and development closely.

“A lot of the times I don’t jump into the debates but I read them,” she said.

In many ways, Rickert-Hall is an ambassador for our shared past, and our future.

“A community and its history are more than its geography or skyline. It’s people who cultivate and build communities. What the Region is doing is not perfect, I want people to know that history isn’t perfect. Instead of fighting with each other, we need to find a way to coexist. That is what building community is about.”

It’s a perfectly honourable goal, one she genuinely seems surprised people are responding to.

“Chair Redman picked the book for her book club and challenged her system leaders, like [Chief of Police of the Waterloo Regional Police Service] Bryan Larkin, to read it. So they’re using it as a model,” Rickert-Hall said.

“There is a hierarchy on the street,” said Rickert-Hall.

She explained that she  is keen for decision-makers to understand the “multifaceted identities” that make up our daily life.

As such, her work explicitly rejects the “great man” version of history.

“I tell the stories of everyday people. I am more interested in that than the big folks. A lot of the people in this book are the people that you would be seeing on the streets today,” she said.

“There are days where my heart goes out to people, I am very empathetic and I see the human condition. I also see that so many people in my everyday life have a mask on, when in reality they are suffering. Human condition can be very painful, but I want to be a helper.”