Put Your X-Disc-C Records On

There are many treasures to be discovered in Kitchener’s downtown core that you may often walk past, unassuming. Tucked away on the corner of Moyer Place and Market Lane, just steps away from the Kitchener Market, lies X-Disc-C Music, a record store in a residential house.

Celebrating its 12th anniversary this October, the store is a staple in the Market District and its roots lie in its owner’s love for the city, passion for high fidelity music and collecting records.

A Kitchener local, Diebolt has lived in the city his whole life, minus a brief departure to its adjoining city as a student of the University of Waterloo. He has been working in record stores in the Region since 1976. 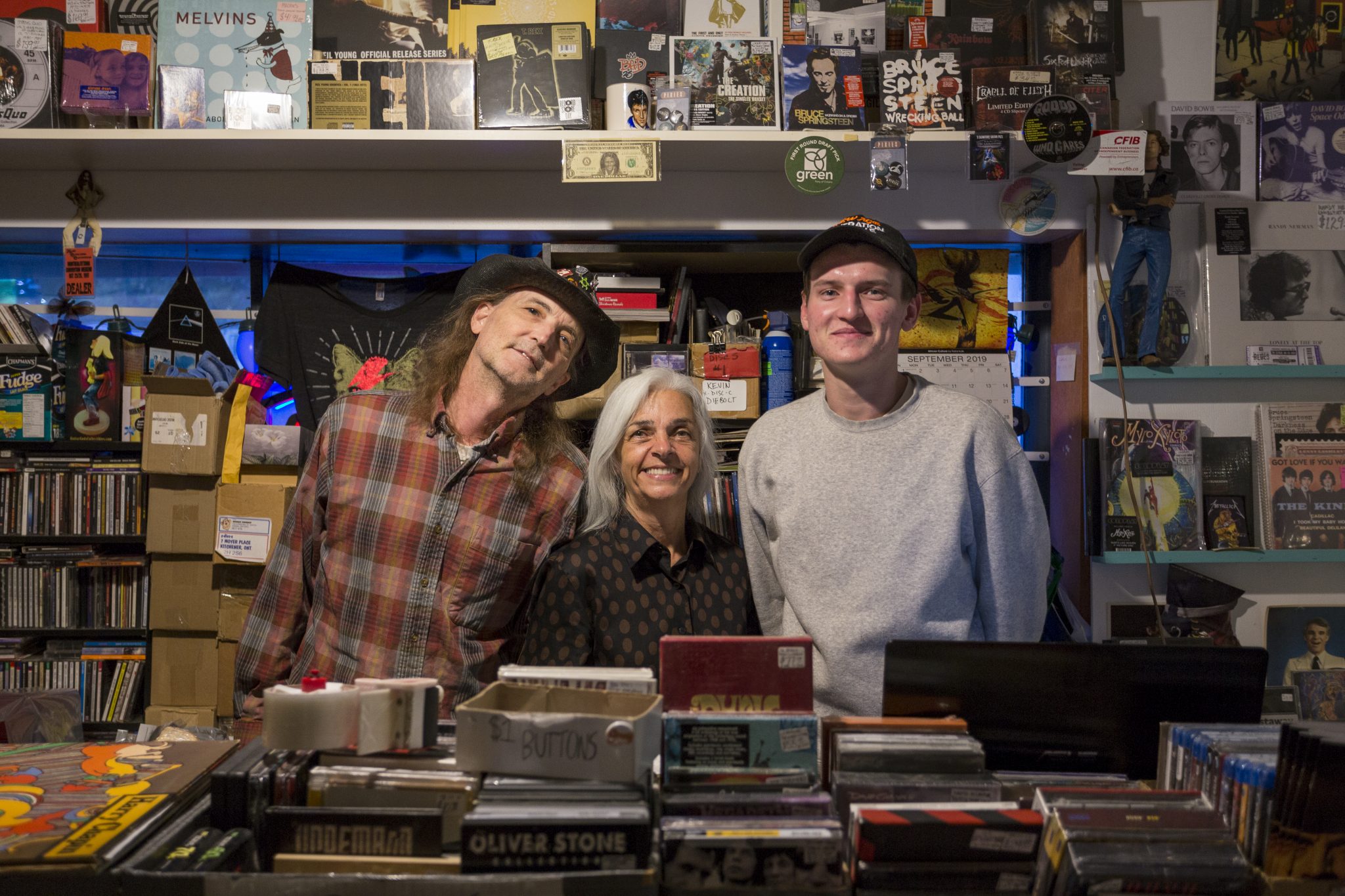 The business of music retail has seen many changes since Diebolt started working in it. He began carving out his own retail path in 1992 after Doctor Disc, the record store chain he had been working for at the time, let him go because “they didn’t need my expertise in vinyl,” he recalled.

“Basically, that’s when we kind of started our own business.”

It was 1997 when Diebolt opened his first store on King Street. Various commercial real estate issues led to his decision to change locations over the years. However, fate would eventually lead him to the house at 7 Moyer Place in 2007.

Along with his wife, Jo-Anne Dagenais, the pair chose the house as the unconventional base to put Diebolt’s expertise in vinyl and music retail to work.

“We decided to buy a house and turn it into our store,” Diebolt said.

This has been a landmark year for music retail as vinyl sales are on the cusp of eclipsing CD sales for the first time in decades. As for the so-called “resurgence of vinyl” in recent years, Diebolt is quick to point out that in the music retail market: “there has always been an interest in records.” 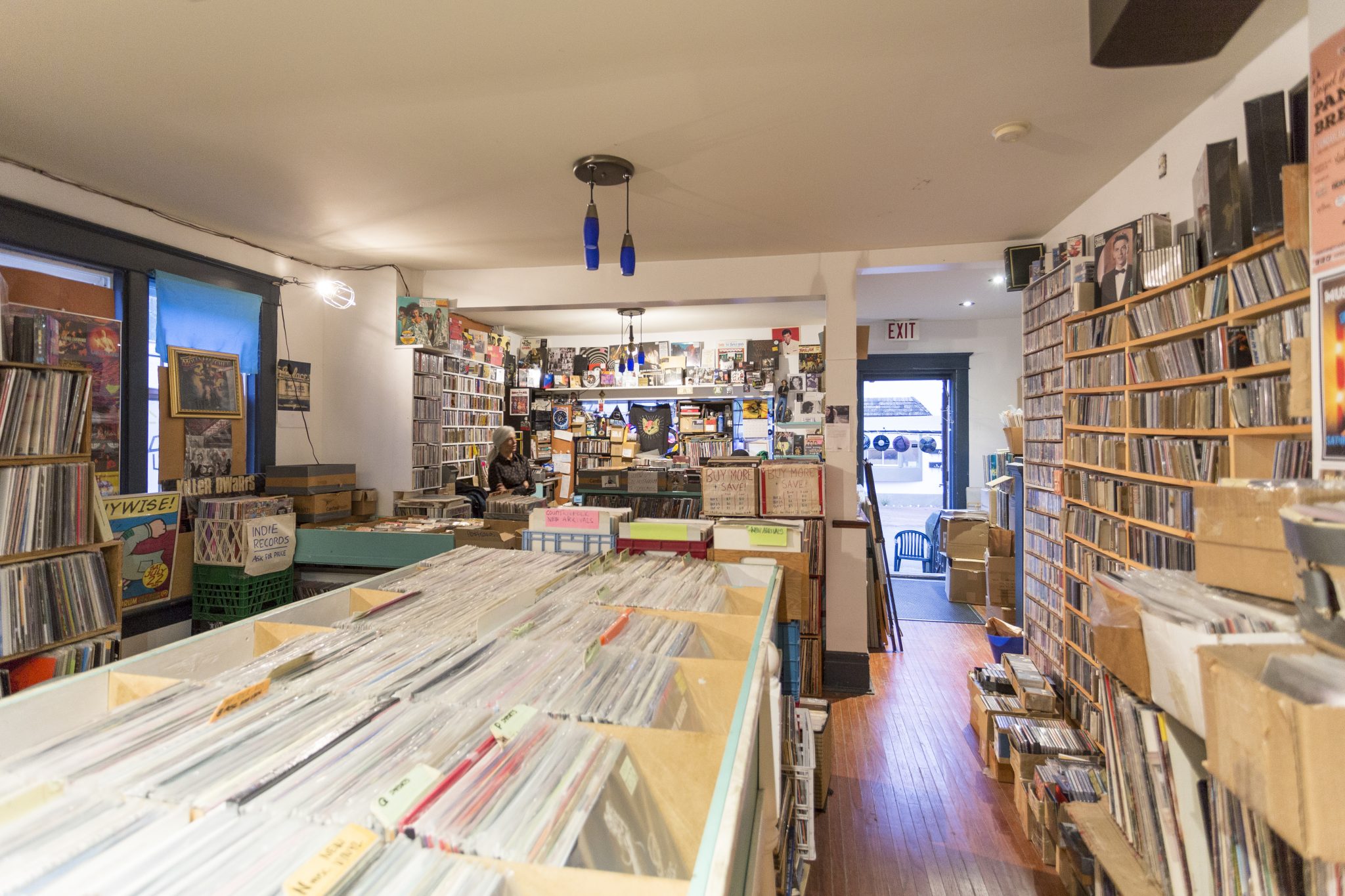 The market for vinyl records is not limited to consumers who have a history with the format either.

“It’s all ages,” Diebolt said about his customers. “They are constantly building new and bigger pressing plants to press more vinyl because they can’t keep up with the demand.”

With the growing popularity of music streaming services, such as Spotify and Apple Music, the vinyl industry is making greater efforts to outmatch the audio quality of it’s competitors.

But what has kept him a devotee to the vinyl format throughout the decades? Diebolt explained rather scientifically, that vinyl reproduces frequencies and dynamic range that isn’t experienced with CDs, because they limit it to what your ear can hear.

Consequently, according to Diebolt, because of the additional frequencies and dynamic range afforded to the vinyl format, records offer a physical aspect to the listening experience.

Diebolt argued that a record is closer to a live music experience than a CD.

“[With a] live music experience … You basically get to experience all the vibrations that are created by the instruments and the amps. The record is the closest thing to live because it reproduces frequencies and dynamic range that they don’t give you with CDs because they limit it to what your ear can hear.”

While streaming services offer convenience, X-Disc-C Music offers an experience in the same way that records themselves do. It’s the experience of venturing out into the community and going to the store to track down that piece of vinyl that offers you an overall fuller experience than just quickly searching for and streaming it on your phone.