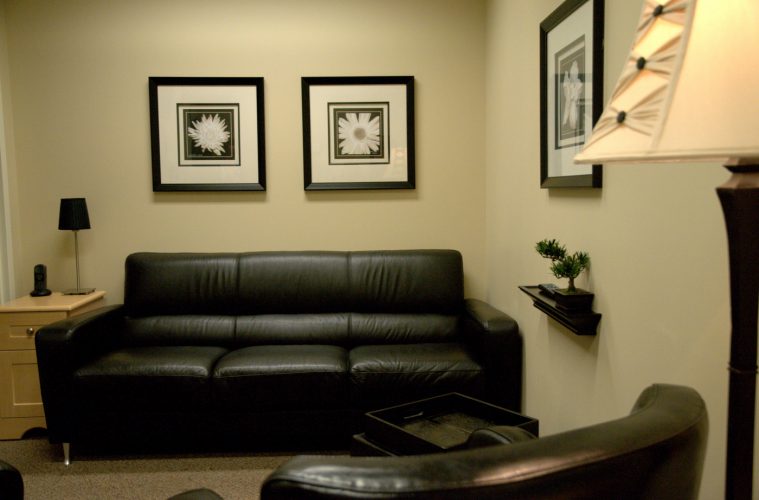 Inside WR’s Sexual Assault Centre: A Community that Cares is Aware of Abuse

In the heart of St. Mary’s General Hospital, tucked away behind the hustle and bustle of triage, is a room with no hand sanitizer dispensers on the wall, no cold laminate floors and no cries heard through a thin curtain. Inside, the soft glow, comfy couches, framed pictures of flowers and lush green plants offer safety from the sterility of the hospital and the bitter February winds. As a part of the Waterloo Region Sexual Assault/Domestic Violence Treatment Centre, this is the room where nurses accompany victims of sexual assault and domestic violence.

The Waterloo Region Police Services investigates a “domestic incident” about every one and a half hours. Last year over 400 victims came to this room, most of them women.

The treatment centre supports people of all ages and genders, and is the only sexual assault program out of thirty-five in Ontario with social workers and Sexual Assault Nurse Examiners (SANE) on-call 24/7. Thanks to the centre’s work, hospitals across the region now automatically screen all female emergency room visitors for sexual and domestic assault, so that women don’t have to offer vulnerable information themselves. Unless they refuse, when a victim of assault reveals the circumstances of their injuries they are brought out of the busy and exposed emergency room into the special treatment space.

Each victim is offered food or a hot drink while they wait for a social worker to arrive. Attached to the sitting room is a washroom where they can shower, an act often desired after a traumatic violation. The adjoining examination room is also decorated as non-medically as possible, with house plants and soft lighting. Here, the victim can choose to receive blood tests for STIs (sexually transmitted infections) or to have a DNA sample taken. Depending on the legal decisions they make, diagrams or photos might be filed.

“When we say ‘domestic violence,’ that covers a gamut of abuse: sexual, emotional, financial, spiritual, etc. Sometimes women don’t realize they are being abused. In some cases they just think ‘this is part of being in a relationship,’ or ‘this is just how things are,’ or they don’t want to speak out about it for a number of reasons,” explains Julia Manuel, the treatment centre’s manager.

Statistics Canada reports that one in three women and one in six men will experience some form of sexual violence in their lifetime, and that 39 per cent of women report having had at least one experience of sexual assault since the age of 16. Victims experience many different and strong barriers to reaching out for treatment, reporting harassment and leaving abusive relationships. Many victims of abuse, for many reasons, feel that relationships are in general just “like that.”

The work done at the treatment centre to broaden the conversation about sexual violence provides hope, although the persisting cycle of violence is complex, and progress can feel slow.

Manuel says that our conversations about sexual violence too frequently “seem to be directed at women. The info is how to keep women safe, and I think there needs to be some conversations with men, and it needs to start in primary school, about, for example, what it means to be in a healthy relationship. There needs to be more conversations with males on how to interact with women.” Abuse will continue at its current rate unless and until children are better educated about how to be in healthy relationships.

The centre’s tagline is, “A Community that Cares is Aware.” Flyers in Manuel’s office boldly state that “you are not alone,” and that “it is not your fault.” With a committed team working all day, every day, this seems true. Because of the centre’s hard work, you are never alone.

1. All staff that I spoke with used the term victim, not survivor, though this remains a contentious point. Author Rahila Gupta recently argued that the term “‘survivor’ is important because it recognizes the agency of women.” However, “it focuses on individual capacity, [while] the notion of ‘victim’ reminds us of the stranglehold of the system.”

2. Many use binary gender terms while talking about sexual violence, and those who identify as women disproportionately experience gendered violence. At the same time, one in five trans people in Ontario have experienced physical or sexual assault for being trans. Race, class, ability and other social locations affect a person’s likelihood of experiencing sexual or domestic abuse.