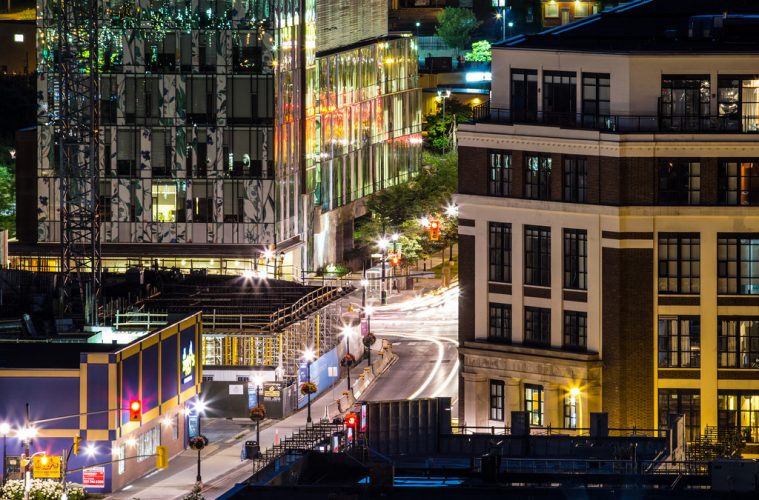 To that effect, The MT Space Young Company will host a family pavilion at Schneider Haus, with workshops, performances, and storytelling for the duration of the festival.

“What’s unique about both the young company and the youth conference this year is that we really pushed to assemble a team of leaders to lead those initiatives who are under 30,” says Patel. “It’s youth-led, done by youth, and so the conference structure and the sessions are all coordinated by this team of five youth.”

“What I really see highlighted on the stage this year are stories by women, stories about healing, and really seeing resilient populations. So we’re moving beyond just hearing stories of the past. We’re seeing the strength of these communities,” says Patel.

Majdi Bou-Matar, the artistic director of IMPACT 17, has been shepherding this festival since it began in 2009. In that time he has seen the face of independent theatre change dramatically. “In the past eight years, you see that there are exemplary leaders in Canadian independent theatre that are people of colour, women of colour, indigenous theatre companies.”

IMPACT is also about creating connections of indigeneity across the globe. Bou-Matar met the Okareka Dance Company, a Maori theatre company from New Zealand, while visiting a festival in Australia. After seeing their production Mana Wahine, he knew he had to bring them to Canada.

“It is a dance theatre piece that was heavily contemporary in its form, but draws all its themes and storyline from traditional Maori teaching. And I thought, this is what IMPACT is about. Always negotiating that place between our cultures, our heritage, what we carry in our bodies.”

Taane Mete, one of Okareka’s artistic directors, has previously partnered with Six Nations dancer Santee Smith in Bannf and Toronto. This sense of unity through intercultural exchange is reflected when Mete speaks about Mana Wahine: “The production is like a matrix, interwoven with Maori culture, song, dance, prayer, visuals, lighting, spiritual reference, ceremonies, and countless hours of love.”

“We don’t treat our show different if we are in New Zealand or abroad. We approach the show with the same amount of love and attention that it deserves. If we don’t look after the show, I am certain that our ancestors would let us know that more care is needed.”

For family-oriented programming, two Indigenous-led theatre companies from Calgary will present We are All Treaty People and As Long as the Sun Shines. Quest Theatre and Making Treaty 7 open up a discussion about reconciliation and healing for children as young as three years old.

From Halifax, The Accidental Mechanics’ Let’s Not Beat Each Other to Death opens with a traditional monologue, but slowly breaks down the fourth wall as it asks the audience to consider their role in stopping homophobic violence.

“In a festival of culturally diverse work, they’re opening a space for discussion about queerness as a culture,” says Stewart Legere, one of the company’s co-founders.

IMPACT has a clear sense of purpose when it comes to shining a light on social issues and creating space for underrepresented communities. But Bou-Matar scoffs at the idea of so-called “political art” being in conflict with entertainment.

“I don’t like to separate entertainment from social relevance, because I think they’re inseparable. A piece that’s not socially relevant is not entertaining at all.”

“Theatre becomes a museum piece when it’s only about reproducing the ‘great British canon’ or whatever it is. For theatre to stay relevant, it needs to speak to the community and to reflect the community that it represents.”

The festival runs from September 26 to October 1. For tickets and more information about IMPACT 17, visit mtspace.ca