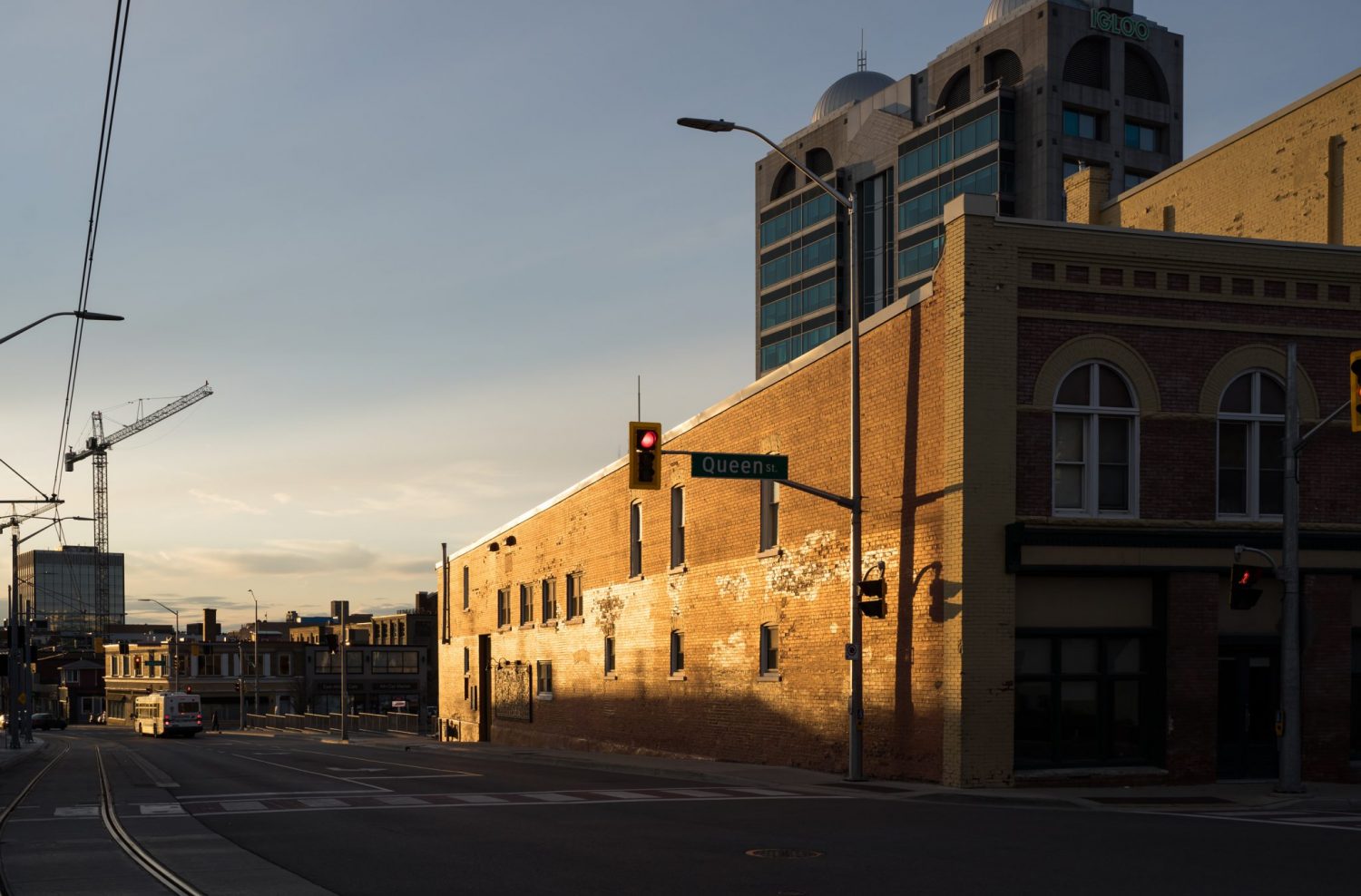 I’ve always been captivated by history, even as a kid. The stories, the people — the chain of events, like dominos — that have lead humanity to a single point, where, for better or worse, we have all ended up exactly where I believe we were meant to be.

Sometimes it’s cruel, and sometimes it’s kind, but I think it all happens for a reason — even if we don’t quite understand it at the moment  — as cliché as that may sound.

Queen Street South, resting between the bustling Kitchener city-centre and St. Mary’s General Hospital, has been my home for four years now. Like myself, the street is full of history that has become a defining point of its identity and has gotten it to the point that it is today. 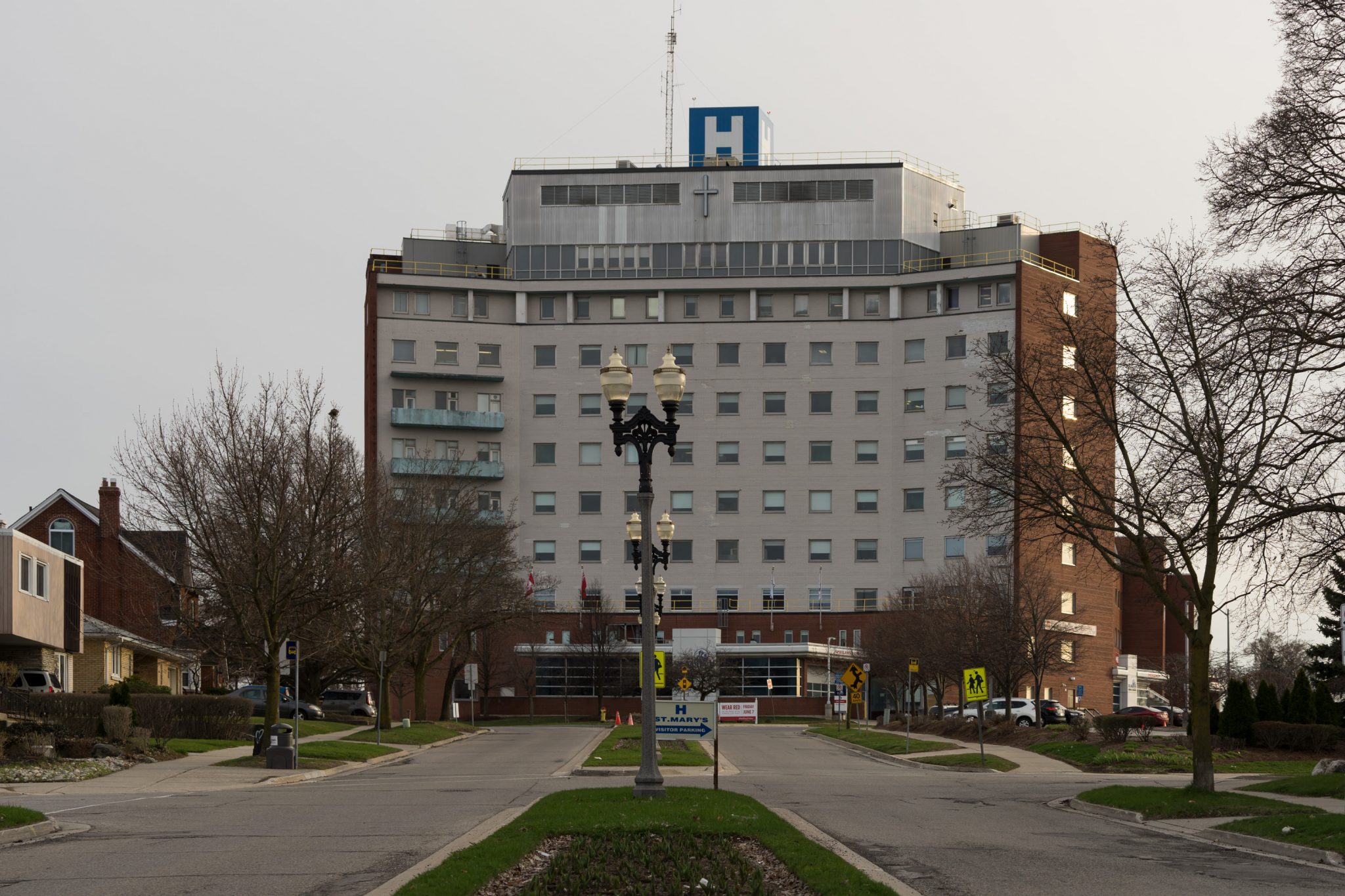 After unexpectedly ending up in a home that I always thought was going to be temporary, it became permanent without me even realizing it. I fell into a routine where I didn’t immediately close myself away in my room for days on end, I enjoyed going outside and experiencing the quirks of where I was living and, before I knew it, I was writing down my address as Queen St. S.

I now consider it a privilege to call Victoria Park, located directly behind the apartment building I reside in, my backyard. I’m lulled to sleep by the bustling sounds of the outside traffic — something that has become calming white noise to me — and I’m woken up by the morning rush hour, balcony pigeons and passing geese. It’s a bit busy, sometimes a little loud, but it’s always comforting.

Queen Street South is one of the oldest streets in the city, as it is home to one of its earliest structures: the Joseph Schneider Haus, now a museum and gallery. Built in 1816, it is the earliest surviving building in the city; its original occupants, Joseph and Barbara Schneider, arrived in 1807 from Pennsylvania.

The road that Schneider Haus rests on became one of the most important points of traffic in the city, especially since Schneider owned over 448 acres of land in the area, most of which he sold off periodically for real estate and commercial purposes. 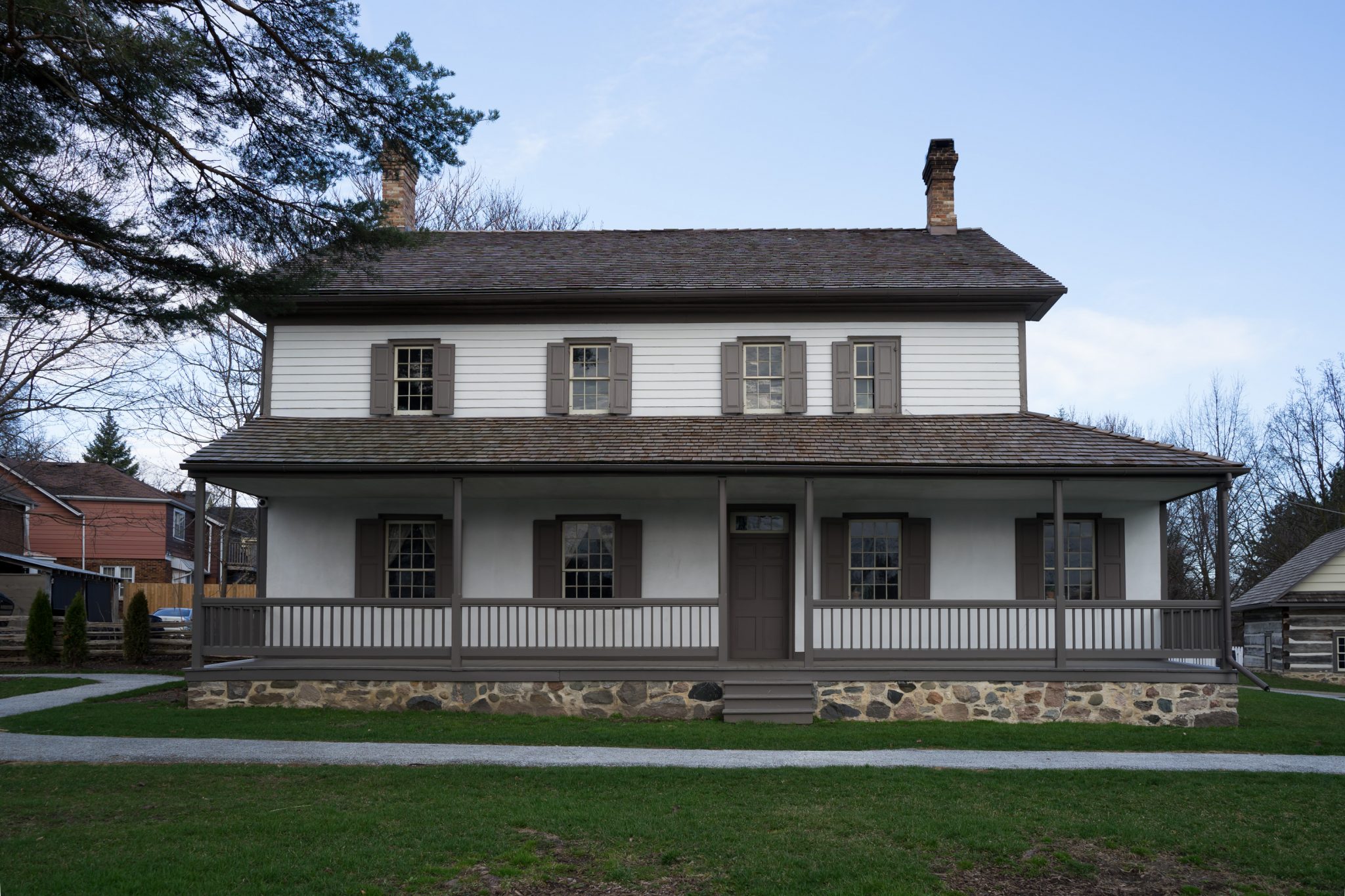 This street became a core part of the city when, in 1852, Berlin — Kitchener’s former name until 1916 — was named the seat of Waterloo County, turning “Schneider’s Road” into a hub of early mixed-use development and socio-economic intermingling: it brought houses, factories, churches and other businesses together into one amalgamated space.

One of these historic structures, The Walper Hotel, which stands on the corner of King and Queen Street South, was completed in 1893 by Abel Walper after a former hotel was burned down. The hotel, formerly named the “Walper House,” recently celebrated its 126th birthday, and has undergone significant changes over its history.

The Walper has become an influential heritage monument for the city, hosting a number of influential guests such as the Queen Mother, many of Canada’s Prime Ministers — Justin Trudeau being the most recent — Eleanor Roosevelt, Louis Armstrong, James Brown, Liberace and many others.

Walking around in downtown Kitchener, looking up at its imposing and elegant, yet familiar and inviting, red-brick architecture, and spending countless hours studying and working in the Coffee Culture located within the building, has become part of my weekly routine — making the the area all the more significant to me. 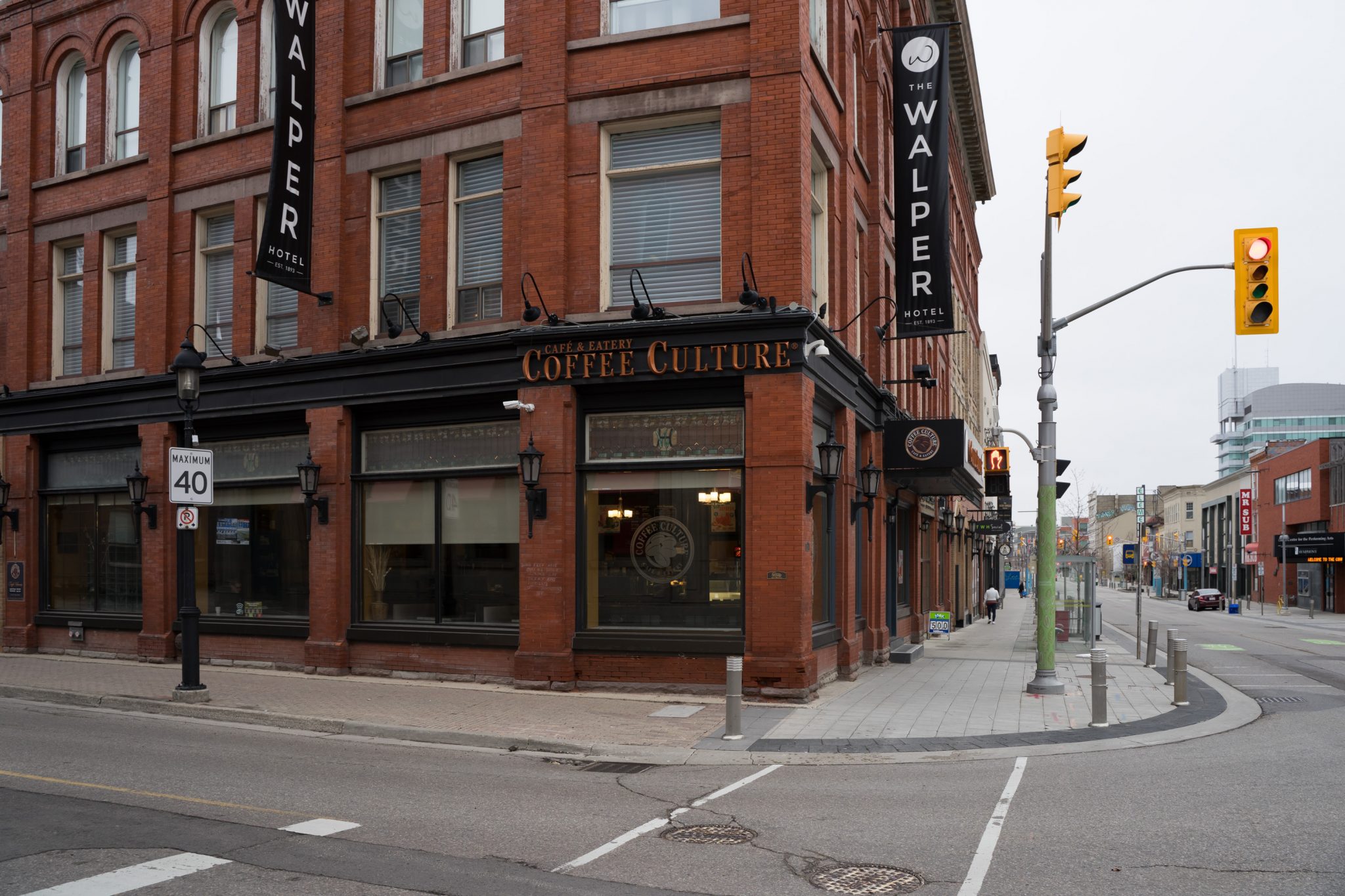 So much has changed in over 200 years, and although I’ve been around for a mere fraction of that time, I like to believe the spirit behind the community has remained very much the same.

Resting at the other end of Queen Street South, in the heart of the city, is St. Mary’s General Hospital, which has been open since 1924.

For almost 95 years, the hospital has been dedicated to demonstrating its core values and helping those of lower economic status or in need, encouraging responsibility and independence, being responsible citizens and healers and, above all, promoting and preserving the “sacredness of life and the dignity of all people.”

My mother-in-law has worked for St. Mary’s for 35 years, embodying the mission and ideology that began all those years ago with the Sisters of St. Joseph in Hamilton, extending her compassion and going above-and-beyond for her community and those who have relied on and looked up to her.

In many ways, she has done for me what the hospital has done for the community: providing a sense of security, kindness and unconditional love, as well as acting as a pillar of strength that I have been able to lean on. 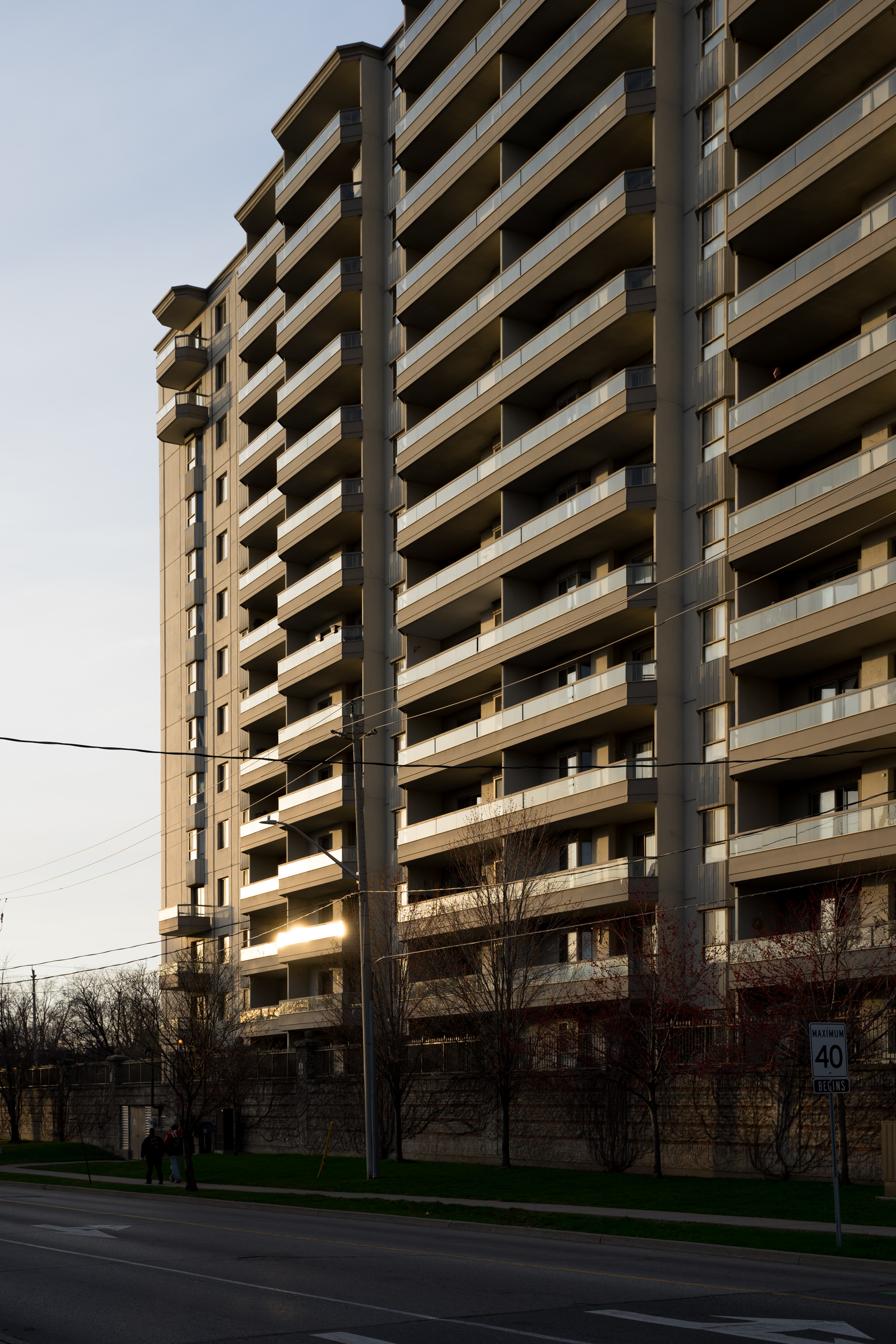 Between these two structures sits our apartment building, nestled in between them, comforted by two pieces of Kitchener history that have been rebuilt through the care, persistence and passion of those who call this city their own.

This apartment would not be a home were it not for its residents, especially my father-in-law, who has grown to become the most influential male figure in my life — and unexpectedly, one of the most relatable as well.

From our very particular appetites, to our love of history, our willingness to do and sacrifice anything for those we love, I’ve found myself reflected in a man who has done nothing but open his heart selflessly from the moment I walked into his life.

I have secured my home on Queen Street South just as countless others have on this block since Joseph Schneider built his own. 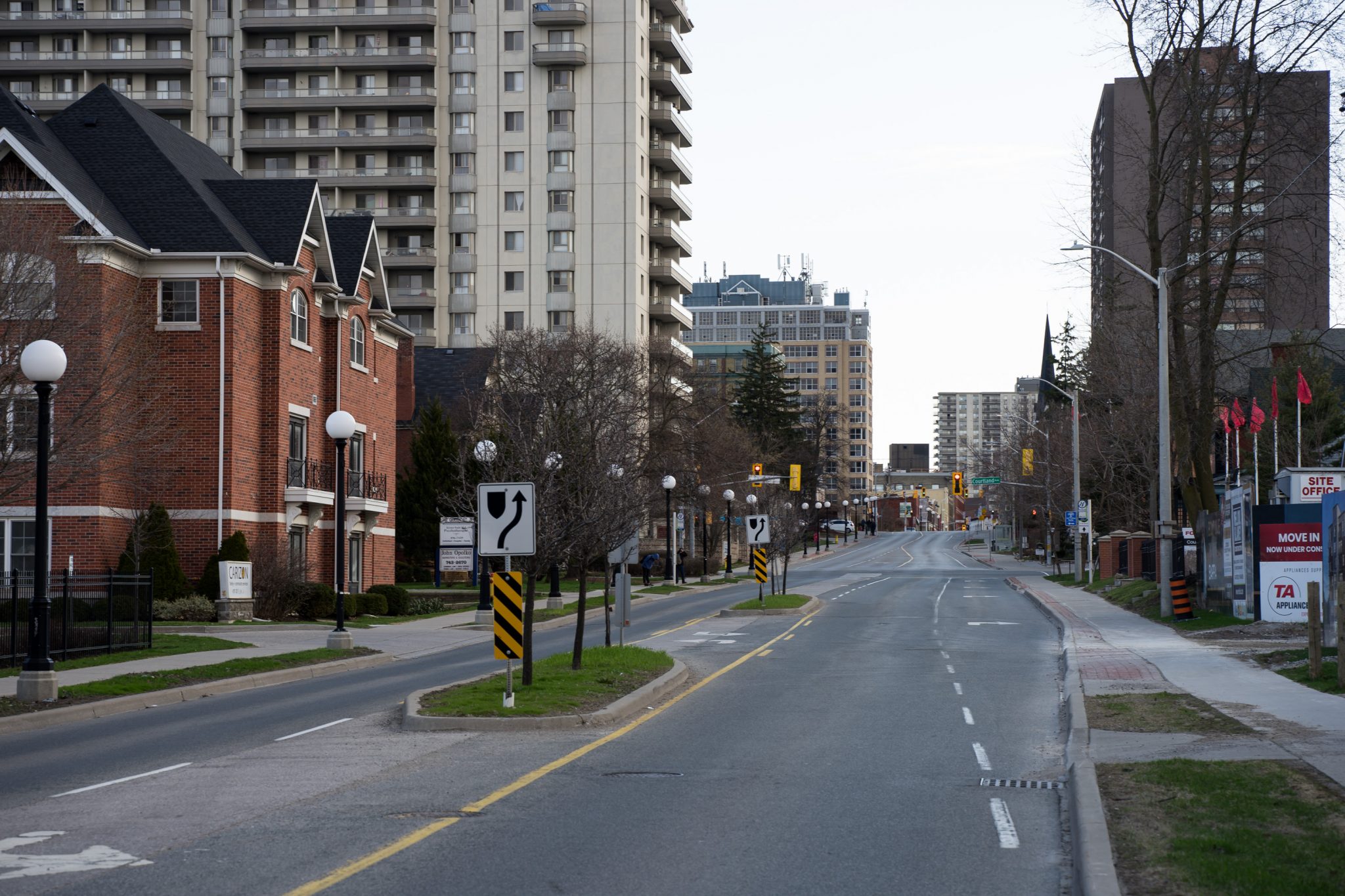 I look at it as a place of “firsts” for me — the first time and place where I was told, to my disbelief, that I was loved by my significant other, where I was first accepted and encouraged to truly be who I was without any abuse and where I was first made to feel, from the moment I stepped through the door, like I was worth something.

I don’t consider the houses where I grew up over the course of my childhood and adolescence to have been my homes.

The scattered positive memories I have from them are often clouded by the darker periods that followed and preceded them, and I will always associate the warmth and comfort that the word and place that “home” is supposed to give you with where I reside now.

Oddly enough, if I hadn’t gone through the difficulties and challenges that I did in my past, I wouldn’t be here, surrounded by the people I consider to be my family.

Queen Street South, with its weathered charm and rich history, has played one of the largest roles in shaping me into the person I am now and has secured a place in my heart for all that it has provided me over these past few years.

There’s an almost undefinable sense of belonging that goes along with living here long enough, and when I walk down these familiar sidewalks, say hello to the same people and stop to pet the neighbourhood dogs that I know by name, I’m sure that I’m where I’m meant to be at this point in my life.