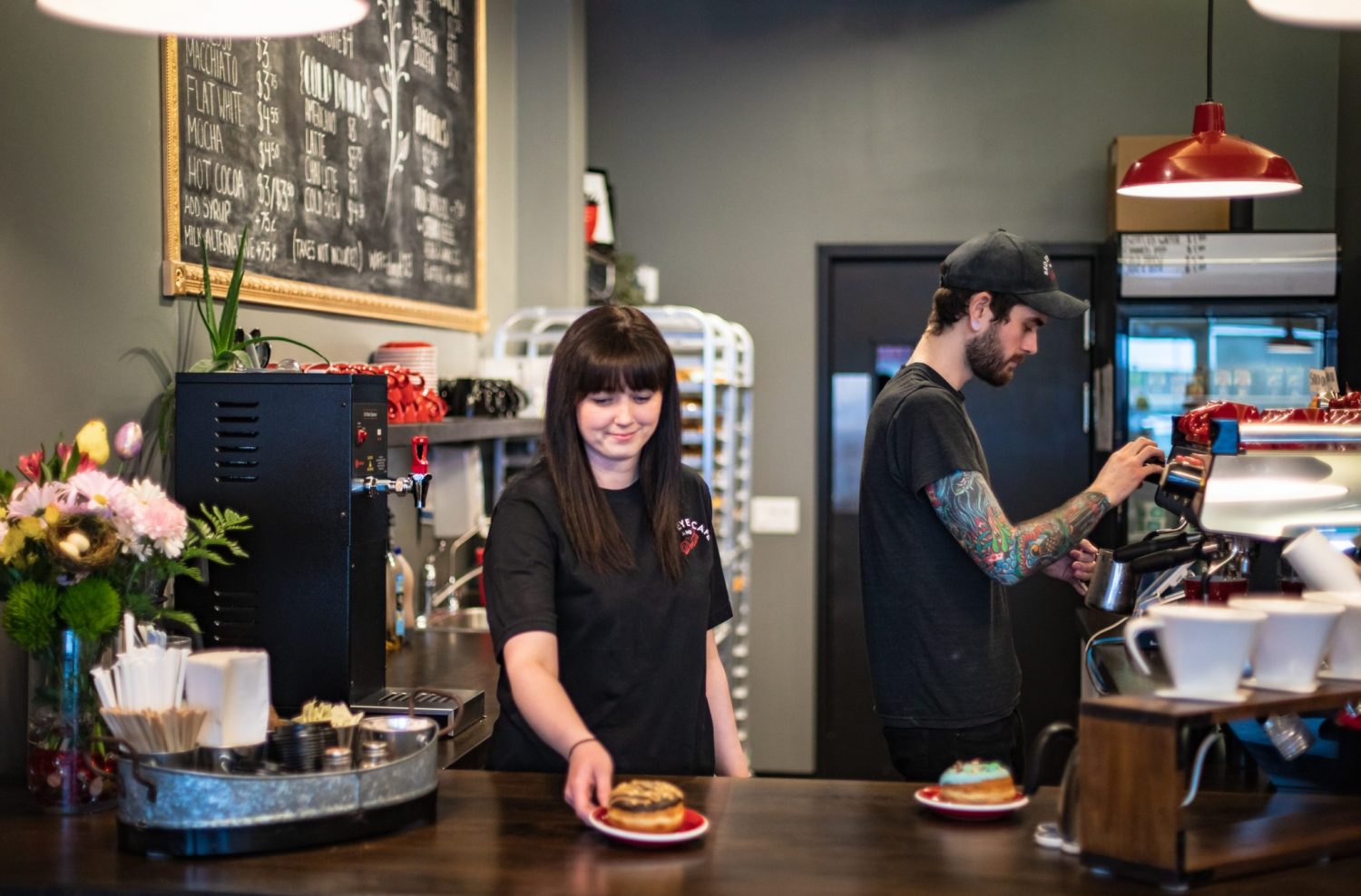 Red Eye Donuts are Thinking with Their Stomachs

In June 2018, Megan and Larry Dron opened Red Eye Cafe on Hespeler Road in Cambridge. Since then, the cafe, known for its specialty donuts, has created quite the name for itself in Waterloo Region — and on Instagram.

The Drons, who are from Cambridge, originally looked to Waterloo to open their business. Hindered by high rent prices and the surplus of cafes uptown, they found their location at 600 Hespeler Road in Cambridge. The space ended up being the perfect spot to dip their toes into something new.

Larry, whose background is in industrial rubber sales, and Megan, who went to Conestoga College for hospitality, knew they wanted to open a cafe or bar — but it was their draw towards donuts that landed them where they are now.

“We’ve been eating donuts since we were kids, and as we’ve gotten older, we’ve noticed the quality has kind of diminished. What you can find for donuts isn’t anything out of the box or out of the ordinary,” Larry said.

“So we wanted to … create specialty donuts that people didn’t even really know they wanted until they saw them. Basically, give them combinations of flavours they’ve never tried before.”

For Larry, donuts were also a family affair. His uncle owned a donut shop in Milton, 20-something years ago, where Larry’s father worked alongside him. Since he was a kid, he’s been surrounded by donuts. 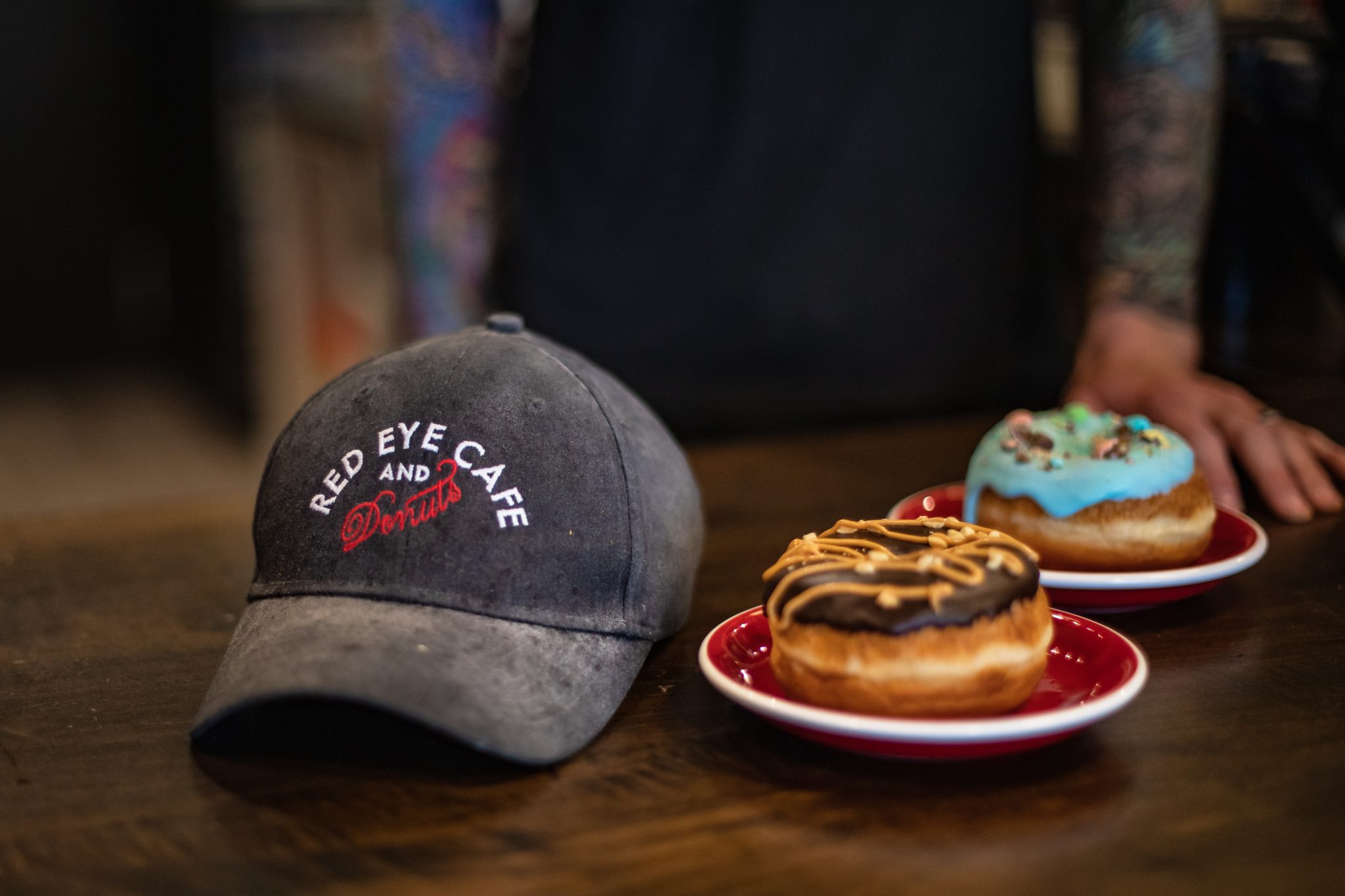 “[It was] passed down from my parents on to us — a passing knowledge, I [suppose],” Larry said.

Even today, his parents come in early every morning to start production — Larry’s father makes donuts, while his mother has created all the vegan and gluten free products.

“It’s definitely a team effort, that’s for sure … a lot of people say it’s stressful working with family, but it’s nice getting to see them every day. We do enjoy working together,” Larry said.

As for the name — “Red Eye” was actually the name Megan used for a project in school. She had to develop a plan for a new business, and Red Eye was the name she chose for her fictional video game cafe. While the video game cafe didn’t come to life, Red Eye did. With their tattoo-inspired logo and pop/punk playlists, Red Eye feels young and cool.

They’re drawing from other areas of the Region, too, as other popular local products can be found alongside their donuts. They serve Smile Tiger coffee and Grand River Tea, as well as The Crumby Cookie Dough’s edible cookie dough. 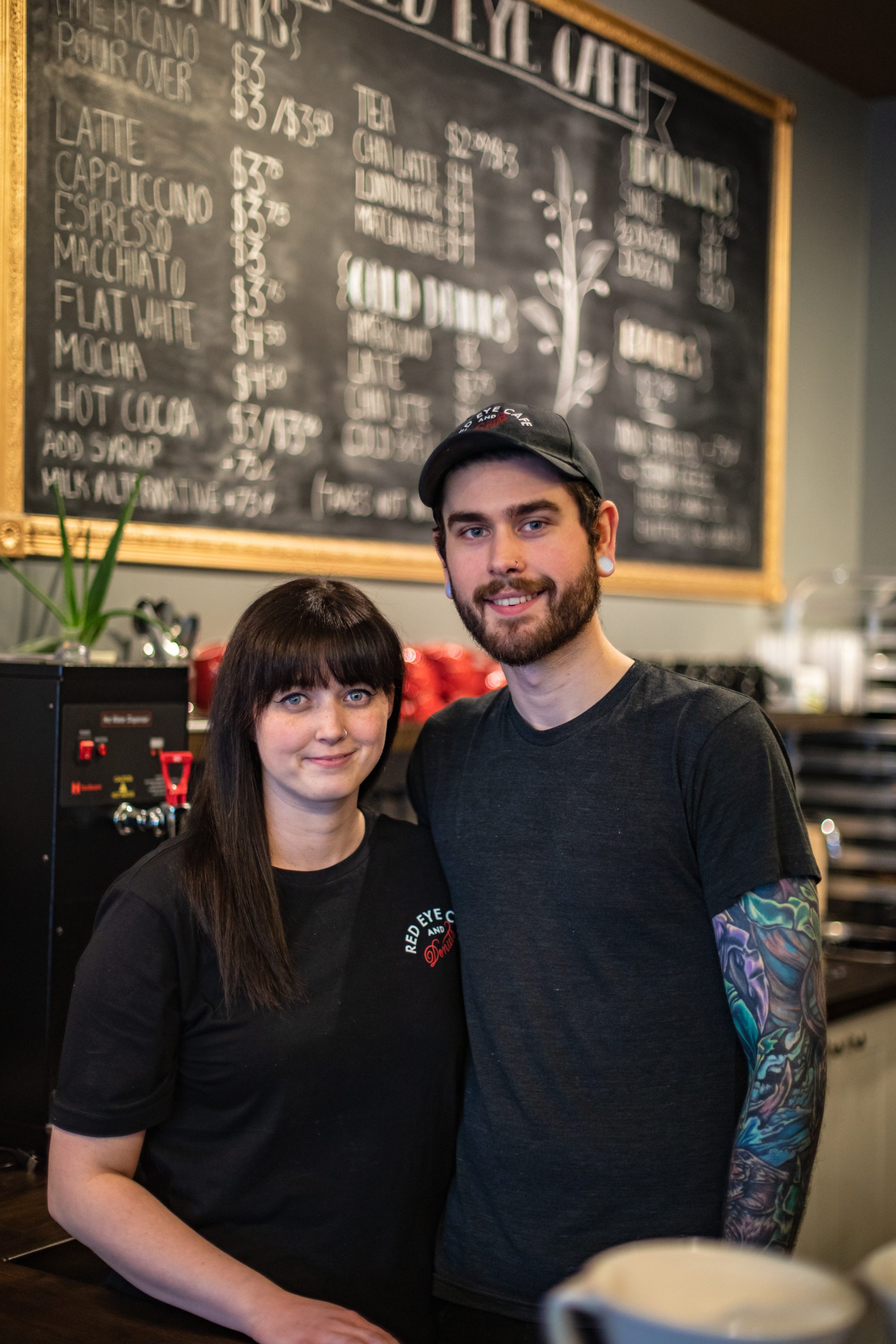 But, the main focus is still the donuts; Larry cited his favourite as the maple bacon, the perfect balance between savoury and sweet, while Megan said her favourite is the lemon meringue.

As the Dron’s approach their one-year anniversary as cafe owners this June, they’ve already begun thinking about how they can expand. They’d like to offer more menu options outside of sweets — perhaps a lunch menu. They’d also like to explore the option of a second location in a different city.

Right now, though, with how many large orders they currently receive, and with how often they sell out, an industrial location to maximize production seems like the next obvious step.

“With the square footage we [currently] have, we’re maximized, so if we got another unit, we could get more equipment to increase out output,” Larry said.

“We don’t like to turn away people in terms of our daily maximum of donuts we can output. We would love to meet higher demands.”