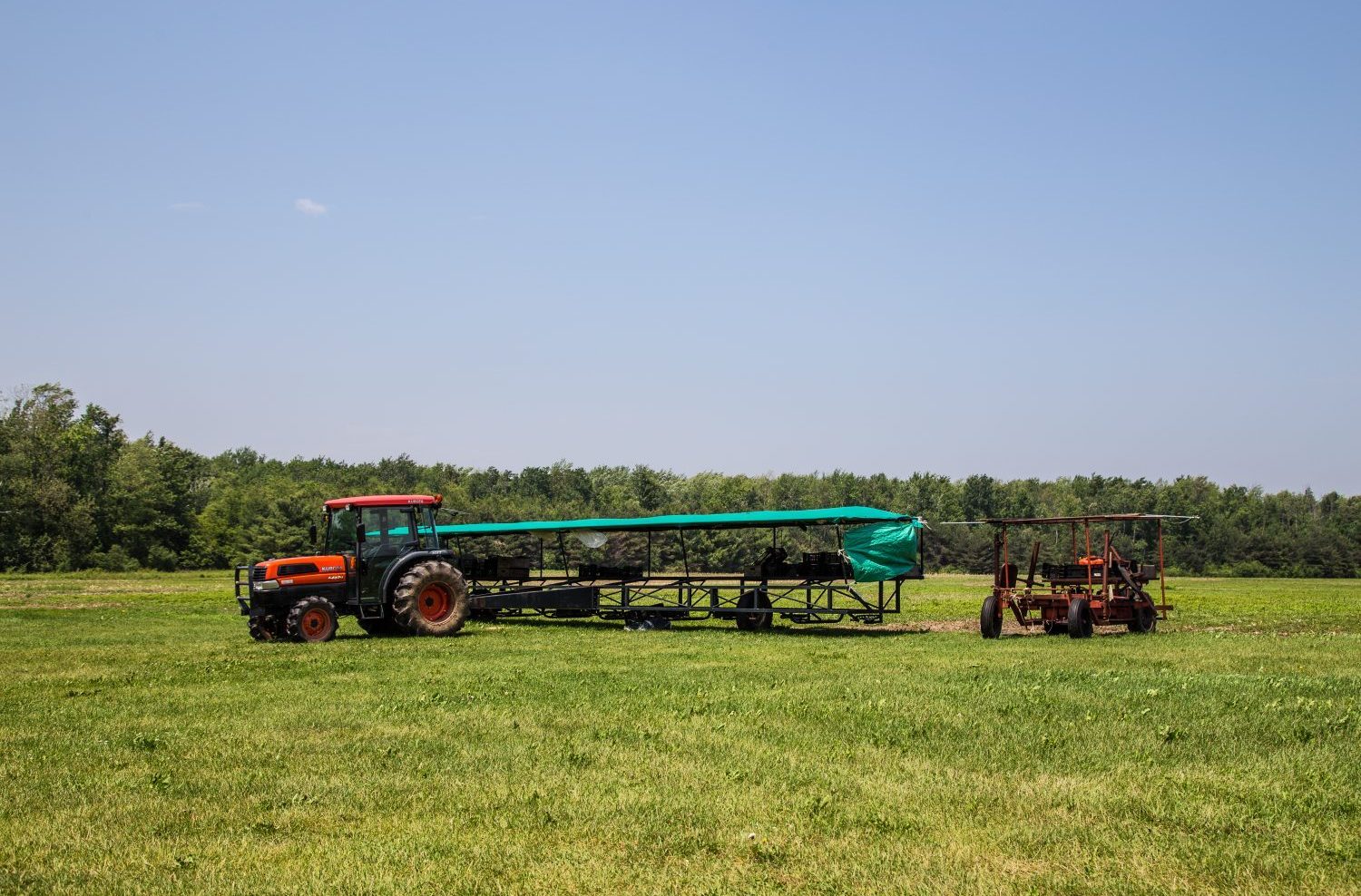 A border is a line separating one country, state, or province from another. For temporary foreign workers, borders determine whether and where you have a job, and whether you are able to provide for yourself and your family. Borders are politically charged, tied up in life or death.

Canada’s Temporary Foreign Worker Program (TFWP) was introduced in 1973 to help Canadian employers obtain skilled employees from other countries when qualified Canadian citizens were not available to fill so-called highly-skilled job positions, and to ultimately assist in building a stronger Canadian economy. The TFWP was created to address critical labour shortages in particular sectors. If an employer cannot find a Canadian to do a certain job, it can ask Ottawa’s permission to contract a temporary worker from abroad. This is an arrangement that has been usually presented as ‘win-win-win’ for Canada, employers and employees.

The number of migrant workers in Canada has tripled from 101,100 to 300,210 over the past decade. But in contrast to “high-skilled” workers who are recruited for permanent residence on arrival, or allowed to apply for permanent residency after living and working here, until this December “lower-skilled” migrant workers were required to leave the country after a maximum four year stay on work permits, and were ineligible to return and work for another four years.

The rule – know as “4-in/4-out” – represents the unfairness of Canada’s revolving-door system of worker exploitation, which made temporary foreign workers easily replaceable, or disposable, shipping them home just as started to put down roots.

And so it was a huge deal when, in early December, the government pledged to reverse the 4-in/4-out rule. The decision was the result of many years of organizing by migrant justice groups.

While 4-in/4-out was in some ways the most blatantly racist and unfair aspect of the TFWP, the program still makes migrant workers vulnerable. By law they are categorized differently than workers who are Canadian citizens or permanent residents, and are deprived of many rights that Canadian workers take for granted.

For example, migrant workers are tied to a single employer, which creates an extreme power imbalance between employer and employee. They usually live in housing provided by their employers, which is not quality controlled, and must pay into Canadian social programs they are not legally entitled to access.

The roll-back of the rule provides a solid stepping stone for campaigns to come. This is only one of the many gains that migrant justice groups and allies have fought for, and now the Coalition for Migrant Workers’ Rights Canada is working on a campaign that demands permanent resident status upon arrival for migrant workers.

Migrant workers and their allies are arguing that if we aren’t thinking about the conditions in which workers are being treated, we aren’t being conscious of the myths we are perpetuating. “Good enough to work, good enough to stay” is a common refrain from those folks, who regularly point out that our society could not function without the food, care, and service they provide. Recall here that migrant workers are only allowed through Canadian borders if no Canadians can be found to do the work in question.

Similarly, the labour that they perform is not temporary. The agricultural worker program is in its 51st year, with some workers, and now their children, in the program for decades. The domestic worker or caregiver program has been around in one form or another since the late 1800s, with no sign of a universal child and elder care program in sight. And the so-called low-skill – now low-wage – program has remained in high demand in some form since the late 1880s when Chinese railroad workers first arrived in Canada.

The structural inequalities built into temporary foreign worker programs depend on the presence of borders. From this perspective, borders seem to be one of many tools for maintaining unequal relationships of political, economic, cultural, and social dominance in our society. Borders are part of global systems of power and repression.

As Min Sook Lee, a long-time activist and filmmaker said in a rabble interview, “when people talk about buying organic, buying local, I think it’s a really short-sighted viewpoint because it doesn’t factor in who is doing the work.”