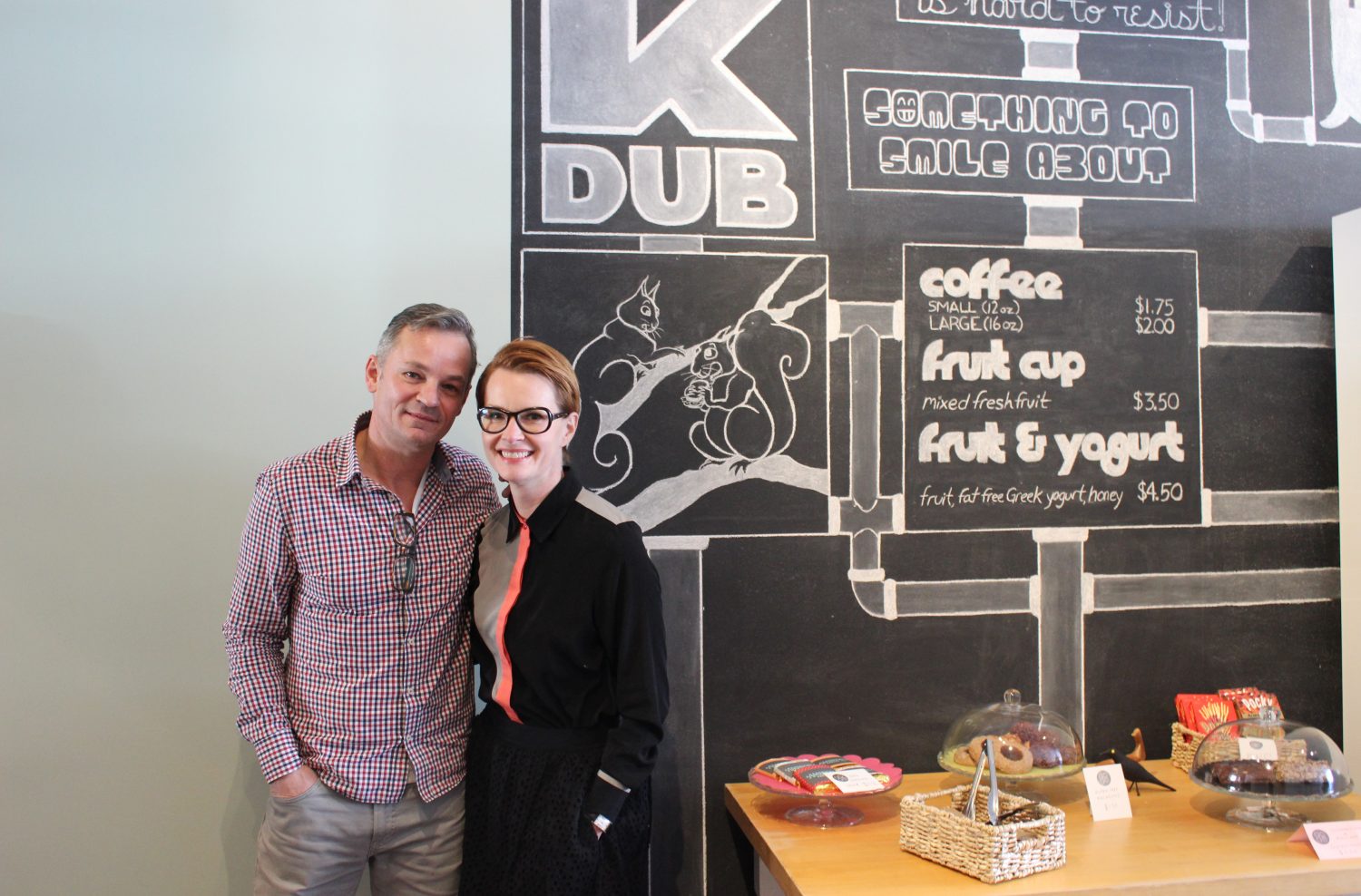 From fashion to greens

From tote bags to takeaways, Kitchener based GoGo Mart wrapped up 2013 by hanging up their design hats and launching a new restaurant (331 King St. W, Kitchener) that takes fresh and convenient food to a new level.

“It was always part of the idea, but we had been looking so long for a location in the core — it took some time,” said co-owner Catherine Bischoff.

Departing from a pop-up style to something more permanent was always the end goal for Bischoff and her partner, Tom Zehetmeier.

“We knew that we wanted to do food, and provide healthy options that would support the local landscape. Downtown Kitchener provided us with the perfect location. It’s an urban brand and we wanted to be in an innovative environment,” she said.

Having a permanent location is a big shift from a pop-up shop, but both Bischoff and Zehetmeier are up for the challenge. Being steps away from Kitchener’s biggest tech hub and start-up alley gives them a target audience as the brand continues to grow.

“Part of the fun [of having the shop] is puttinga brand concept together and creating a space that’s creative and speaks to a clientele wanting something different from the status quo. It doesn’t matter if it’s a tote bag brand or food orperfumes.”

“We’re our own bosses and that lets us be creative. There’s no franchisee we need to answer to. As a result, we don’t have a fixed menu, we can change it every day,” said Bischoff.

Channelling inspiration from Ottolenghi, a restaurant located in London, UK that focuses on creating fresh and convenient meals, Zehetmeier and Bischoff put together a menu that stays front of mind at all times.

“[We think about the menu] around the clock, thinking what tastes good, what niches can be filled,” said Bischoff.

“We try to offer a local product — the coffee is from Baden Coffee, the sweets and bread are from Grain Harvest. We change the menu to reflect what is in season,” said Zehetmeier.

Close behind providing a healthy option for lunch is convenience. While there are some seats available on location, GoGo Mart’s grab and go style caters to those of us with hectic schedules.

“Time is so important to our clients. Grab and go has always had what feels like a negative touch. We wanted to change that,” said Zehetmeier.

“We wanted to give them something that is healthy, convenient and affordable,” said Bischoff. “We did a scan of the environment and found that there weren’t very many options for exactly that. We’ve done a lot of market research, looking at the whole foods concept, and found a niche market here.”

Reflecting back on the launch of the popup shop, both Bischoff and Zehetmeier knewthat tote bags were just the beginning for GoGo Mart.

“We knew when the pop-up shop launched that having something like this was going to happen. We had this idea when we were still living in Germany, and once we moved to Canada we realized we weren’t going to be tech entrepreneurs like everyone else, instead we were going to be food entrepreneurs,” said Bischoff.

Moving from canvas bags to catering in just six months, Bischoff and Zehetmeier agree that they’ve found where they belong with a grab and go style menu.

“We have to let this build. We’re hoping that it continues to do well. We’re focusing on maintaining the quality and uniqueness of [the shop]. We really want to build this and make it well known within the area,” said Bischoff.

For more information about GoGo Mart, check out their Facebook page facebook.com/GoGoMartKW, or find them on Twitter @GoGoMartKW.