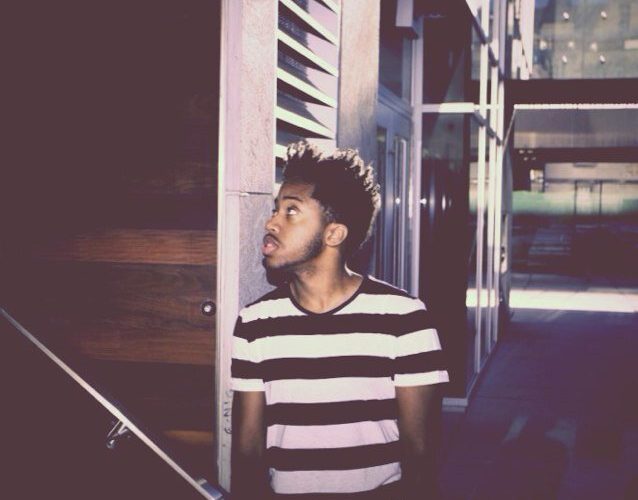 When you think of Kitchener-Waterloo, a few things come to mind – academic institutions, the legendary Oktoberfest and a developing music scene. However, found in the midst of that music scene is a gem likely overlooked.

For years now, there has been growth in the popularity of local urban music and culture. Hip-hop is just one aspect of that culture. Typically consisting of a stylized rhythm and complementary rapping, hip-hop is much more than just a genre of music. To youth active in the scene, it’s a lifestyle.

“I really started rapping because of my older brothers and all the music they were listening to influenced me a ton,” said local hip-hop artist Anthony Ramsay, also known as Ramsay Almighty.

Ramsay has been rapping since he was in middle school but didn’t start taking it seriously until his high school days at Kitchener’s Cameron Heights Collegiate Institute.

“I heard all the cool rap that was coming out and I knew that I wanted to take it seriously. I was surrounded by it all the time,” said Ramsay.

Rapidly, hip-hop is increasing its reach and becoming a larger part of local youth culture.

To the those unfamiliar with hip-hop, the developing culture may look like a recent phenomenon, but its roots run deep here.

Hip-hop jumped into mainstream music internationally in the 1980s but didn’t make an impact locally until the early 2000s.

These acts made noise in the cities and were a hit with students.

Local hip-hop veteran, The Runaway, better known as Jon Corbin, has been an active part of the hip-hop scene in Kitchener-Waterloo since 2001.

“I loved the genre so much and eventually stumbled into a scratching session with DJ T-Lo from Radio Laurier,” stated Corbin. Radio Laurier is a student run radio station operated by Wilfrid Laurier Student Publications.

Corbin witnessed the scene emerge around him. He said the development of hip-hop culture was truly based off of a medley of people.

“From the rappers, to the school community, to the DJs, to the promoters – everyone worked hard to support not only the local scene, but Canadian hip-hop as well.”

Since then, Corbin has travelled locally and within southern Ontario producing a dynamic live show that represents the essence of hip-hop.

Urban singer/songwriter Rufus has been involved in Kitchener-Waterloo’s hip-hop scene since 1990, performing with multiple hip-hop acts.

“Even though everywhere else had their big performers, we still had ours, and they were dope,” said Rufus looking back on some of the older hip-hop talents. As Rufus tells it, “the talent has always been here… always.”

With an abundance of young artists and history of hip-hop acceptance, the culture still remains hidden. However, Toronto, just over 100 km away, is one of the biggest hip-hop hotbeds in North America. What’s the difference here?

Unlike bigger markets like Toronto, Vancouver and Montréal, Kitchener-Waterloo may not be a large enough market for hip-hop to thrive.

“We consider hip-hop as a secondary market when it comes to live entertainment especially in university towns like Waterloo,” said Jeremy Smith, founder of Cruel Waterloo.

Cruel Waterloo is a student lifestyle and entertainment group that specializes in live music events throughout the region.

“Hip-hop is a genre that is currently extremely hard to promote to Waterloo’s nightlife demographic which is primarily driven by the students from Laurier, the University of Waterloo and Conestoga College,” said Smith.

As much as events and promotions push culture forward, its success lies within the artists themselves.

“There is a lot of talent in the city and they’ve got to find ways to break through.” said Ramsay. “With my new project Metropolis I really wanted it to sound like KW; that is my metropolis.” He added.

Despite the difficulty of promoting hip-hop here, these artists are proud to call the area home.

“All my instrumentation, my production and anyone involved is all based in KW,” said Rufus.
From the plethora of graffiti in Kitchener to the impromptu cyphers in Waterloo and everything in between, hip-hop is in our streets.

The next step for the local hip-hop culture is shedding some light on what’s happening.

”[Artists] need to present [themselves] in a positive way and try to diversify,” said Corbin. “Partner with other musical genres especially with live shows. It’s the best way to gain attention.”

The hip-hop community will be present so long as there are words to be rhymed and microphones to be rocked. Hip-hop is here for those who wish to find it, all you have to do is look.

RAMSAY ALMIGHTY
@RamsayAlmighty
ramsayalmighty.com
Anthony Ramsay aka “Ramsay Almighty” is a leader within Kitchener-Waterloo’s emerging hip-hop scene. Ramsay situates his sound in that rare place where melody and clever wordplay form a harmony.

KORI VISION
@KoriDeek
soundcloud.com/honorsclass
Kori Vision has been a fan of hip-hop since his early high school years. He embraced hip-hop in his late teens by experimenting with sounds, rhyme schemes and flows. Vision has been releasing music and performing within the local circuit ever since.

TECH RYMES
@TechRymes
techrymes.com
Tobi “Tech” Rymes has been penning rhymes since the age of nine. Since then he has become an established lyricist with soulful melodies. Rymes is a well-known freestyle-battler and songwriter. Look out for his EP Finally Free, slated for a Spring 2014 release.