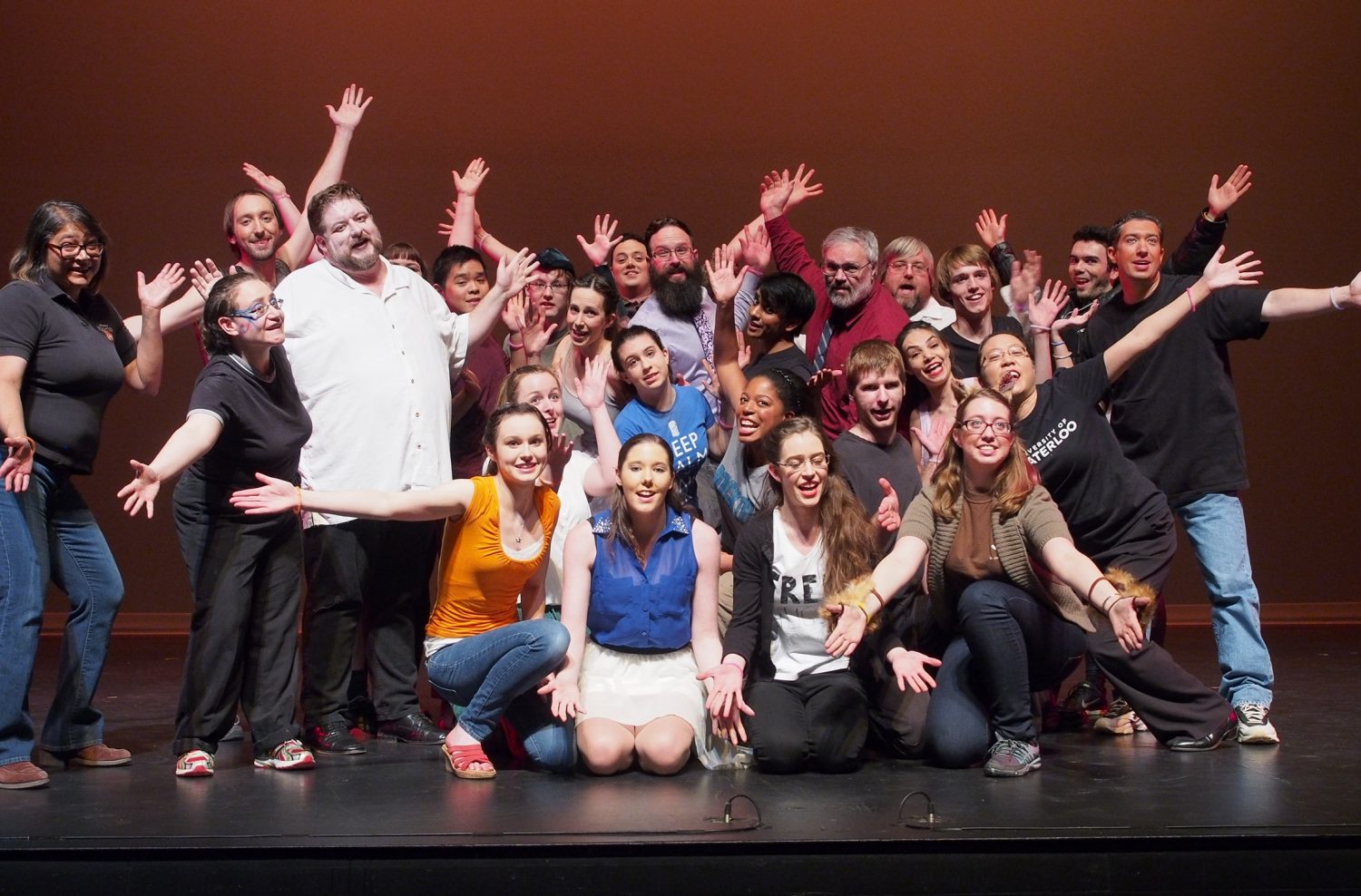 For Cast and Audience Alike

It’s not everyday that you see the cast of a play smile their way through a dress rehearsal having as much fun when things are going wrong as when they go right. But for FASS, the faculty, alumni, staff and students amateur theatre company based out of the University of Waterloo it is all part of the brief but intense five-week process.

This year’s installment of the annual production, “FASS Fables: Tales from Mother Geese” strings together a series of stories about the UW student experience with the help of some familiar characters from fables and childhood stories.

The company – which has been around for over 53 years and boasts 110 members in cast and crew – is as much, if not more, for themselves as it is the audience.

“My goal this year was to take all the funny ideas from different people and cobble them together into as cohesive a script as FASS usually gets,” says Michael L. Davenport, chief script writer.

Davenport oversaw the collaborative process with a team of writers who pieced together stories of student life with familiar stories like Cinderella, Rapunzel, Harry Potter and insights about campus life, jabs at Laurier and more internet memes than Reddit.

Peppered throughout the play were spoofs on pop songs like Frozen’s “Let it go” and “All about that bass” mocking UW’s campus for being all about the cranes, “no green space.”

Highlights included subtle running gags with signage for “future LRT stop” appearing in every scene, a significant monologue composed primarily of cheese puns and a delightfully charming sign holder announcing the passing of two weeks in the play.

The play itself runs a little long which is no doubt a result of the collaborative writing process but the cast and writers seem to be well aware. To offer a concept of time, the LRT construction is done by the end of the play.

For Rami Finkelshtein, this year’s director, he is extremely proud of the work the entire cast and crew have done.

“I’m very proud of everyone and all the actors for putting this together as fast as we can. There is a lot of things I didn’t think could look as good on stage as they did in the short amount of time that we had to put it together.”

For him the short, some would say rushed, five-week production schedule and the inclusive nature of FASS are integral to the philosophy of the group.

“Everyone who auditions gets a part. That is one of our founding philosophies and that is what we live by. Even if you don’t want a part on stage, we appreciate everybody’s help in the background, foreground, anywhere you want to be,” says Finkelshtein.

The final number of the play doubles as a call for new members encouraging the audience to sign up. Catch one of four performances of “FASS Fables”