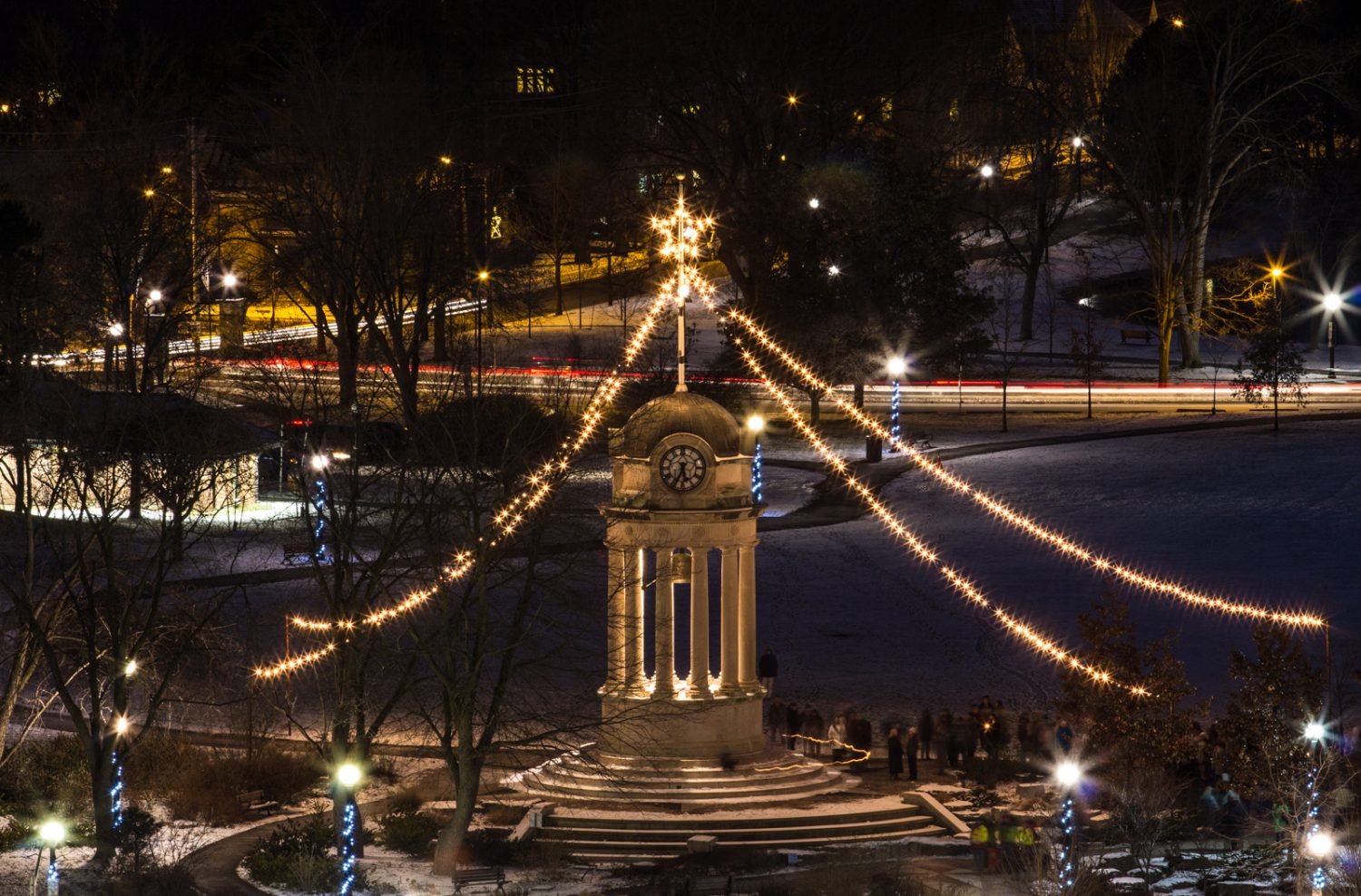 More than 20 per cent of Waterloo Region residents were born outside of Canada, so there’s a good chance that some of the people you run into on King Street may not be looking for shortbreads or an inflatable Santa for their front yard. The Community Edition met with two Kitchener residents to talk about feeling at “home” during the holidays.

Omar Alawsage’s roots trace back to Palestine, though he was born in Iraq. The holiday season is “definitely difficult without many of the people you care about,” says Alawsage, reminiscing about extended family. Currently spread across several countries, they all too far away to visit regularly.

Alawsage and his family fled Iraq when conflict escalated in 2003. They sought safety in Jordan. “That was impossible without travel documents so we ended up between the borders for two months,” he says.

The family spent nearly five years in the Al Houl Camp in northern Syria, fearing they would die there. In 2009 they were offered a chance to move to Canada, sponsored by a local church. They now live in Kitchener.

As Eid is not a statutory holiday in Canada, Alawsage tries to book vacation around those days. He and his wife enjoy taking their kids to a bouncy castle or other fun activities “to make it special for them.”

In Iraq, “my friends would come over and celebrate with me at Eid, and I would go to their house for Christmas, too.” Awsage says he receives celebratory greetings from Christian friends at Eid here, and he hears a lot of the same songs he heard in Iraq, where both Eid and Christmas were celebrated. “It’s like if you went to Australia,” he says—similar holiday themes, but a different feel. “We have a Muslim community here, so we’re not left out,” Alawsage says.

Among the traditions he values continuing here, Alawsage mentions Ramadan. It’s “a fast for the soul,” more than merely fasting through mealtimes, he says. It is a month of doing no harm.

University of Waterloo student Khadija Hamidzai similarly views the holidays as a time for “generosity, kindness, and amending our human flaws for good.” As a newcomer to Canada, Hamidzai says winter and snow were unfamiliar. “In India, we didn’t get a whole lot of that,” she said.

Now, she associates the holidays with tubing, skiing, horseshoeing, and ugly sweater parties. “I make sure to attend as many food drives that I can because they are usually held at fun events like open-mics and slam poetry events that I am interested in,” she says. “It gives me an excuse to get out and meet rad new people in our city,” she adds.

At home, Khadija and her family bake cookies, sip hot cocoa, “and binge watch all the childhood holiday classics… Among my siblings and I, it’s a great way to reminisce over our childhood and laugh at the same one-liners.”

“Even though we don’t celebrate Christmas… at the end of the day [it is], for us, a way to spend time and create memories with those we hold near and dear,” Hamidzai says.

Whatever else Christmas means to each of us, this sounds like something worth holding onto.