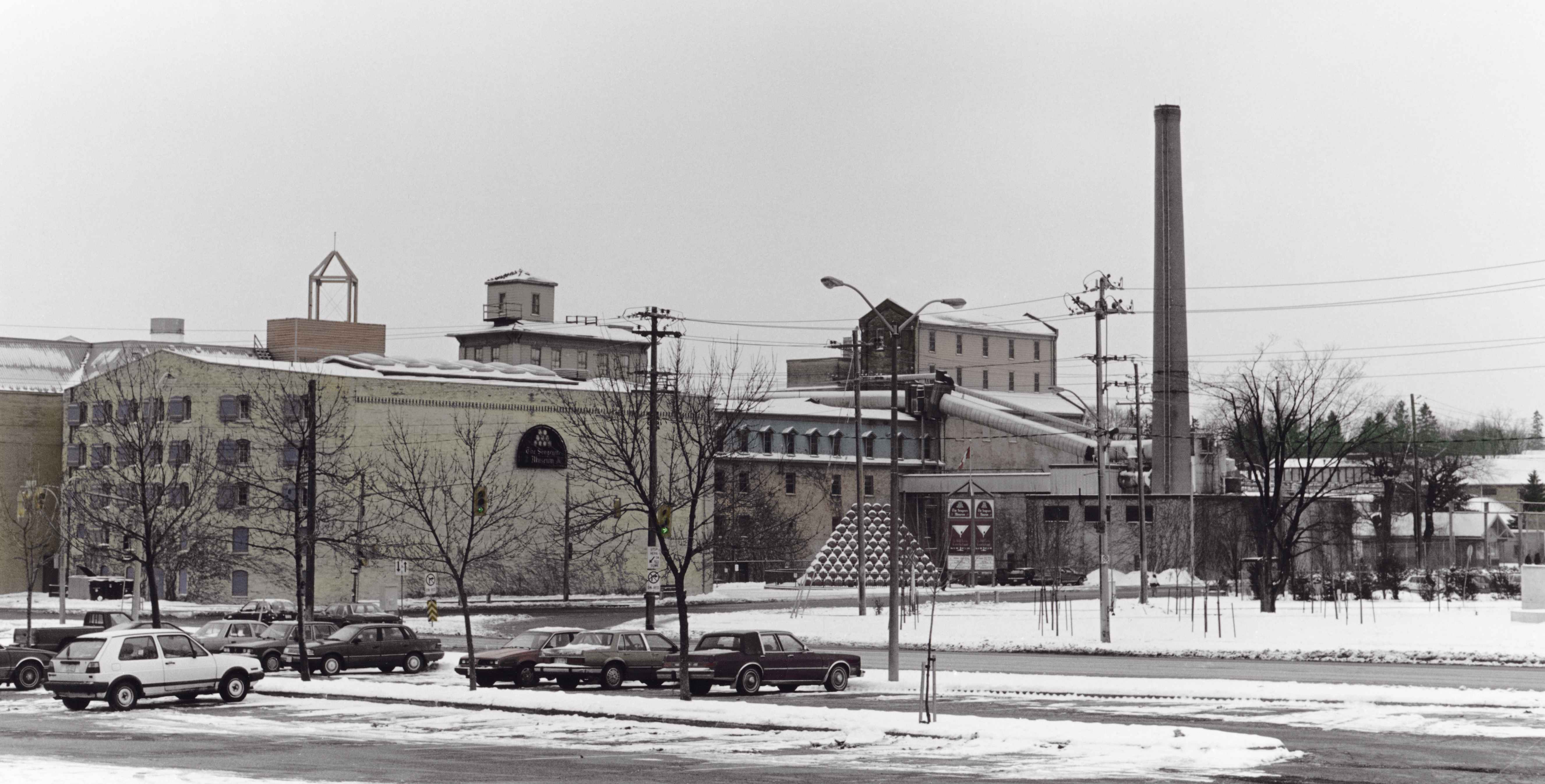 Don’t put up a parking lot

On a sunny Sunday afternoon in July, a group of 20 people gathered in a darkened room at the Joseph Schneider Haus Museum to catch a glimpse of the tri-cities’ past. Through photographs, the group explored the changing landscapes of Kitch- ener, Waterloo and Cambridge from as far back at the early 1980s. Philippe Elsworthy, the photographer behind Urban Landscapes: A Photographic Memoir, moved to Waterloo Region in 1967 to study at the University of Waterloo. A violin-maker and fiddler by trade, Elsworthy began photographing the tri-cities in the 70s because of his passion for regional history and beauty of building design.

Region and a fascination with architecture. This summer, Building Waterloo Region, one of the largest and most ambitious public architecture events ever undertaken in Canada, hopes to shed a light on the architectural wonders around Waterloo Region and the reasons why buildings are cultural markers of societal past and direction.

“Architecture is like clothing for our streets” says Robert Wiljer, professor emeritus at the School of Architecture at the University of Waterloo. “There are people who go to work, or to school and never notice what other people wear, but then there are those who do and it matters to us a lot.”

While some might not notice the buildings around them, Waterloo Region’s architecture has not gone unnoticed. Projects in Waterloo Region have received numerous awards and have won seven Governor General’s Awards, coming in fourth in Canada after Toronto, Vancouver and Montreal.

Architecture, the aforementioned clothing of the streets matters beyond aesthetic. Those who find their passion in the designs of the buildings that surround them, explain that architecture is a result of good government and civil engagement.

Kitchener and Waterloo hold architectural identity in ‘the factory town;’ producing furniture, shoes and distilling Seagram’s whiskey and a variety of beers. Today, Waterloo Region is a leader in repurposing older buildings across town like the Kaufman Lofts, the Bauer Lofts, the Tannery and most recently the Breiheupt Block that is being repurposed for Google. However, Elsworthy notes that the region has lost opportunities in tearing down older buildings.

“It’s a real shame that we didn’t keep the City Hotel in Uptown Waterloo” he said. The hotel was torn down and replaced with a nondescript brown building. Another lost opportunity was the Forsyth building in downtown Kitchener.

“These are lost opportunities because buildings are snapshots of our history; we need to start looking at modern buildings as parts of our cities that we need to preserve before we demolish them all,” said Elsworthy.

At times it seems like today’s motto is “new is always better,” but in the case of architecture, it’s evident that great urban design is the successful blend of new and old. The rise of engaged citizens is the most powerful assurance in preserving Waterloo Region’s rich history.

“This is a parking lot now,” Elsworthy repeated this observation during his presentation about a number of locations.

This reporter counted that phrase four times. Four times that beautiful, useful buildings were torn down to make room for cars. Four times that history was left to fade away in favour for a place to park. If Waterloo Region is to become the cultural centre it hopes to be, embracing the brick and mortar of its history is vital. Don’t put up that parking lot.

The exhibit runs until August 31 in partnership with Building Waterloo Region, a festival of architecture.