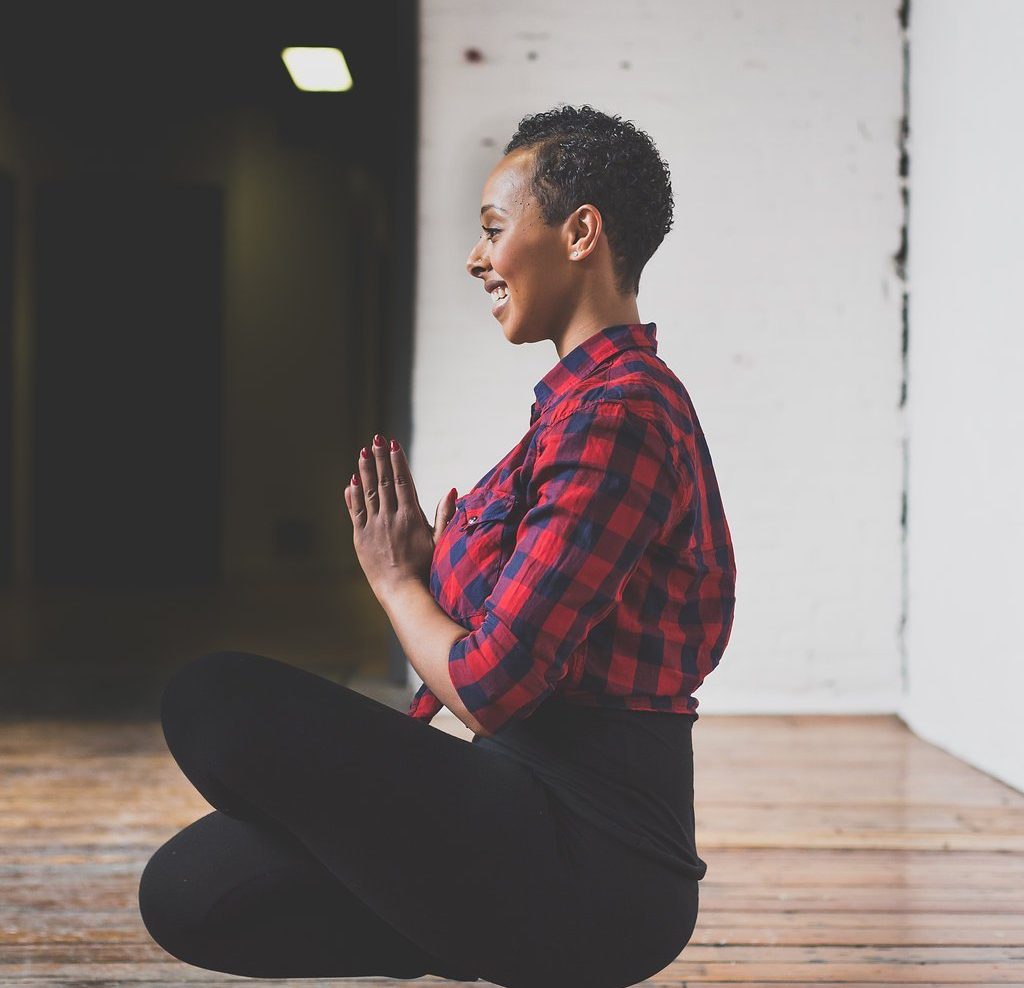 We Need To Talk About Diversity with Selam Debs

“Welcome to the real world, honey.”

Selam Debs was with her boyfriend in Ottawa, on the last bus home. The driver called the police when the pair didn’t sit down on the busy vehicle right away. After being handcuffed and thrown face-down against the hood of a cop car, she heard those words from one of the officers.

“We never talked about it afterwards because it just became such an internalized experience. We internalize that racism,” she remembered.

That internalized racism is part of Debs’ everyday experience – and it’s something she wants to talk about now, through The Inclusivity & Diversity Online Course, offered at her yoga studio, Juici Yoga.

Of the 25 pupils in her course, Debs says about 90 per cent are white. “I think it’s challenging for white people because it’s the first time that they ever have to look at themselves as a race. So a big part of this course is doing your own inner work,” she said. “I would love if people of colour, racialized people, BIPOC [Black, indigenous and people of colour] people will be a part of it more so that they can understand this institution as well and get their power back.”

The course draws on Deb’s own research and first-hand experiences like her run-in with the police in Ottawa. She adds and incorporates lessons from thought leaders like bell hooks, Toni Morrison, Robin DiAngelo and Reni Eddo-Lodge.

And although Debs runs it through her yoga studio, she isn’t targeting only the mindful and meditative. “One of the things that I noticed – the most frightening – is that people were leading groups in businesses and corporations and tech companies, and have no literacy in race relations,” she said.

“How can you lead groups of people and not think that you don’t need to understand the nuances around institutionalized racism and all the things that come with that – so that you can better serve your employees – so that your hiring practices are really from a place where people are aware of biases?”

Still, the inspiration for the course reaches back to Debs’ yoga practice, when she noticed that people of colour weren’t attending her classes. As an Ethiopian-Canadian woman, she felt like could set an example and could empower others.

“I started to realize it’s that internalized racism, when you don’t see yourself represented, you don’t show up to those places,” she said. “When you’ve been getting the message constantly that you’re inferior, then you live in the world in a way that keeps you segregated and at the peripheral of our society.”

Debs wanted to know why. So she started to read and research. “I had always kind of been a social activist in a way, and [when] I started researching reading, listening to thought leaders that were really empowering people of colour… I started to understand the system, and I started to really see clearly what was going on and why these things were happening,” she said.

The final push was after her friends started turning to her as a source of education and information for all things racial. Debs decided she had to start a more formal course. After all, she said, she isn’t the moral majority who speaks for all people of colour.

“I wasn’t seeing it happen anywhere else, and I am the kind of person that, if I don’t see something, I just create it,” she said. “I finally realized that I had to turn it into a course, and not to be cliché, but you gotta just be the change that you want to see in your community.”

In the first three weeks of the Diversity and Inclusion course, the group has covered a lot of ground, Debs said, including ways in which race becomes socialized within larger systems,  and how racism manifests in Canada specifically.

“We do a lot of aversive racism, meaning it’s under the surface,” she said. Implicit biases and recognizing representation in the books we read and the movies we watch.

“And then we understand the institutions more. We start to dissect and understand things like microaggressions [and] understand intersectionality,” she added.

Although this is the first time she’s running the course, she hopes to bring it back about twice a year in hopes that no one ever experiences the same thing she did on that Ottawa bus all those years ago.

“It requires a lot of digging deep and diving deep into these conversations that sometimes are traumatic and can be triggering and can be painful, but in the end, I know it’s what I’m meant to do. And so I will continue to do the work.”