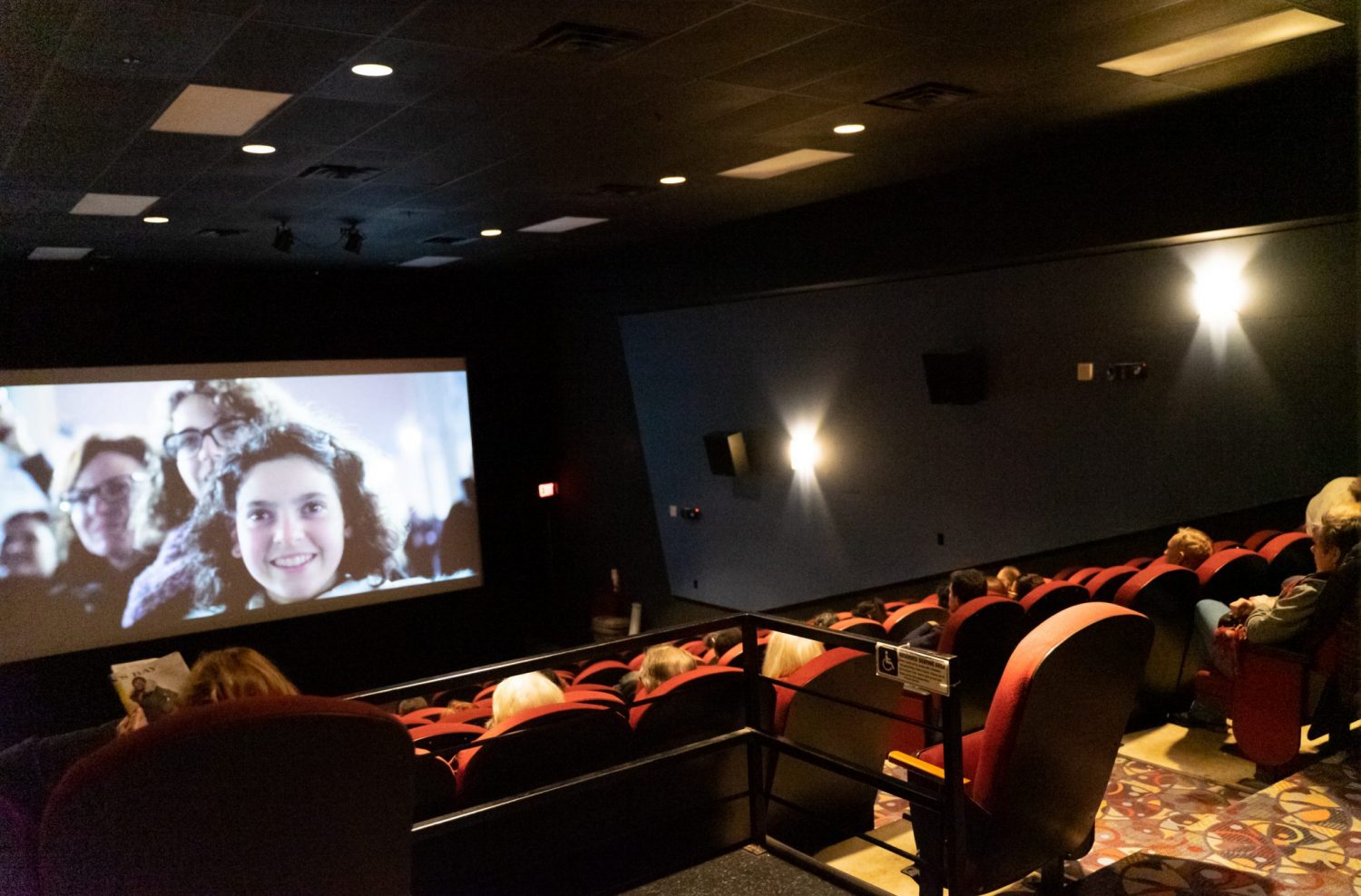 When my editors at the Community Edition revealed they were interested in content that contrasted life in the 1920s Kitchener-Waterloo area with 2020, my mind went to the first thing I remember doing upon my first visit in 2007 – catching a movie at the Princess Cinema in uptown Waterloo.

I decided to dig into the history of public film exhibition in KW. Then and now, I found, filmgoers were hungry for an experience that was unique – once for its genuine technological and artistic novelty, now for the increasingly rare social connection it provides. And behind that experience, there has always been a savvy promoter.

By 1920 the dominance of cinema over pop culture was well underway. Many artists and entertainers from Southern Ontario had already made indelible marks on cinema history. Like Whitby’s May Irwin, who in 1896 co-starred in the infamous, Thomas Edison-produced short The Kiss, one of the very first commercially successful films. Or Mary Pickford and Florence Lawrence, born in Toronto and Hamilton respectively, who had done their time as stars of the silent era. Beloved, Guelph-born character actor Ned Sparks, who later appeared in classics like 42nd Street and Frank Capra’s Lady for a Day, acted in four features that year.

For audiences of the time who lived in the now-KW area, the chance to see such famous locals on the big screen was owed largely to George Odlum “Pop” Philip.

Pop was a prominent local businessman, an influential stage promoter, and according to a contemporary advert an executive member of something called the Moving Picture Men’s Association of Canada.

One can only imagine what Pop thought of cinema’s value as an art form. But he certainly understood, earlier than most, its potential for financial return and political influence.

In 1896, two decades before Berlin, Ontario was renamed Kitchener in a contentious referendum. Pop had already organized moving picture exhibitions to great interest and financial success.

In 1907 he first opened his Star Theatre on King St. West, originally combining staged and filmed material for audiences. During the First World War, the Star screened propaganda shorts for 10 cents a ticket — with free admission for local militia members — alongside popular entertainment like Otis Turner’s proto-science fiction serial The Black Box.

But despite his unique appreciation of cinema’s commercial future, Pop wasn’t without his competition. The Grand (later Allen) Theatre in downtown Kitchener began showing features as early as 1913. And May of 1921 saw the opening of The Lyric – a theatrical space that would become one of the most prominent in the region.

The history of The Lyric stretches well into the 20th century, and could fill an entire book. Its founding reflected the transition of film exhibition from the hands of traditional impresarios like Pop to those of modern investors with a greater sense of its “larger than life” qualities.

The Lyric’s opening night was, by contemporary accounts, a remarkable affair complete with a live orchestra, a double bill of features, and a full parade celebrating theatre manager Forrest McCutcheon.

Today’s local independent movie theatre operators have much more in common with Pop’s strong sense of audience tastes than McCutheon’s flair for (over)hype and showmanship. Some, like Princess Cinema owner and manager John Tutt, have steadfastly shepherded their theatres through major market shifts like home video and cable television.

“I remember (home video) coming in and getting worried, but the distance between the theatrical and home release was so huge,” said Tutt, “I remember Tootsie (1982) with Dustin Hoffman played at the Waterloo Theatre for six months!”

Since the inception of the Princess Cinema in September of 1985, Tutt has relied on an approach to presentation and programming that cuts through the glut of content that home video first provided.

By frequently curating repertoires and lineups around specific themes, and keeping his attention tuned to the particular interests of KW audiences – see the theatre’s annual hosting of the Paddling Film Festival, which is exactly what it sounds like. This is one great example of how the Princess has remained a local institution.

Other present-day proprietors, like Cara Watson, Director of Operations for the Apollo Cinema in downtown Kitchener, are front-line witnesses to the dawn of the streaming age.

In describing the success of the Apollo as an independent cinema and the continued appeal of local film screenings in the age of Netflix, Watson hits on a fundamental social truth: “There will always be people who want to have an experience (in public), versus sitting at home.” The Apollo’s participatory, audience-friendly amplification of that experience has led Watson to regard it more as an “event theatre”.

That appeal, to those who seek it, has been raised from the dead by the impersonal nature of streaming platforms and the breakdown of decorum common in corporate chain theatres.

That sense of genuine interest may have been a given for audiences in the 1920s. Now, it’s a novelty.