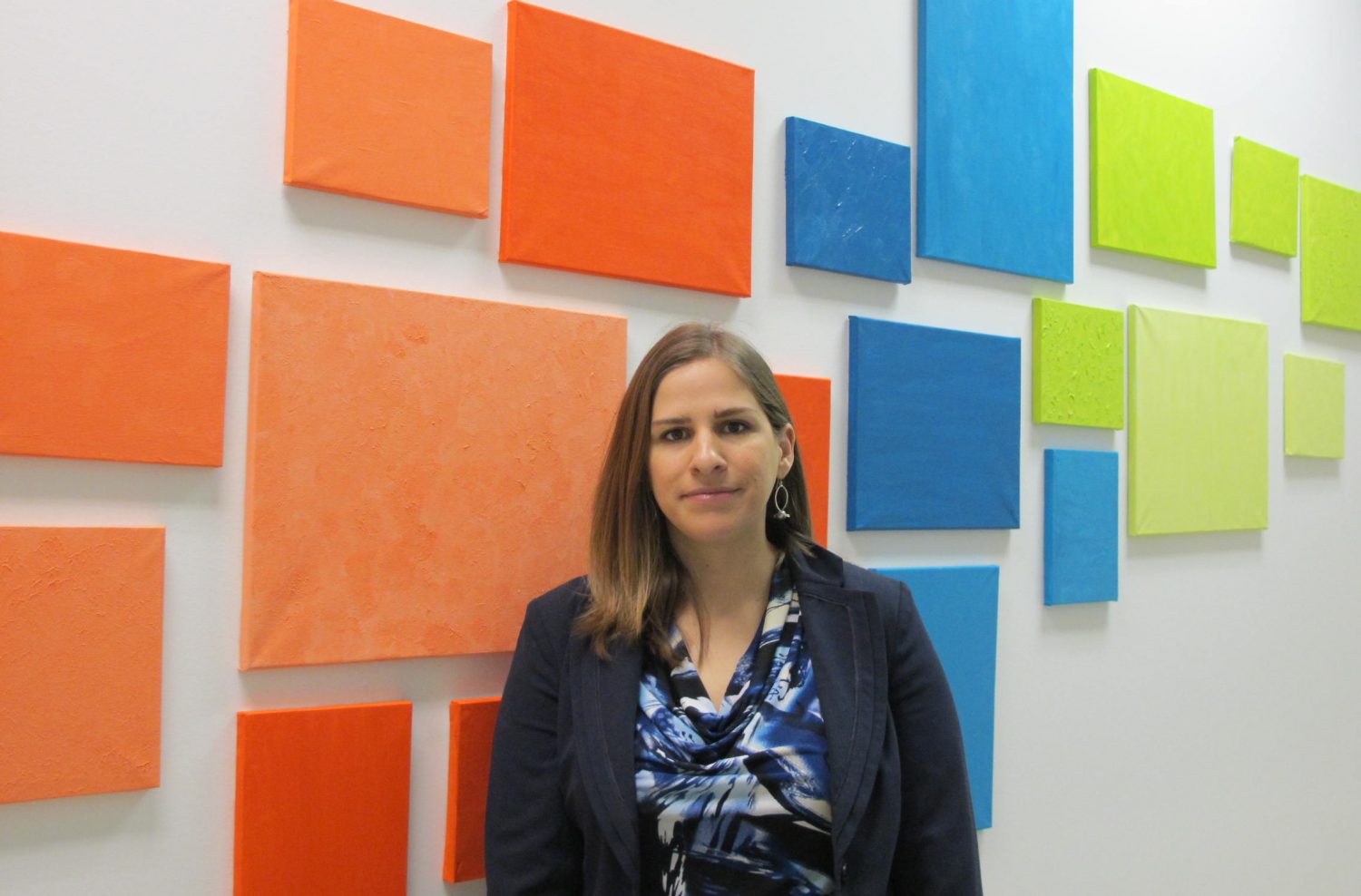 Danger: Mothers at Work in K-W

Lyndsey Butcher showed up for her job interview seven months pregnant, but what might have been a liability was not a problem where she was interviewing. In fact, her pregnancy did not come up in the interview until she raised it, and she got the job: executive director at SHORE Centre (formerly Planned Parenthood) in downtown Kitchener. 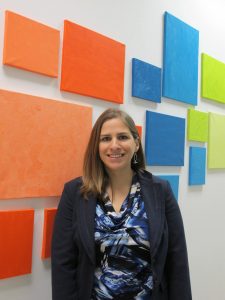 “We’re a feminist organization,” Butcher explains. “One of our founding values is that women should be able to make decisions for themselves, especially around their families, and need support from their communities to make those decisions work.”

For Butcher that meant, flexible work hours, more time to respond to e-mails and eventually bringing her son Henry to work with her.

But Butcher’s situation is not representative of what most women who parent go through in the workplace. In many professions, being a working mom is viewed as a liability. You’re more likely to be absent due to an illness of a child; maternity leave is an ever looming possibility and travel for conferences or business becomes complicated. After work professional development and attending networking events ? Not easy, unless you’ve got an on-call nanny — a prohibitive expense for many moms. And even within double parent households, the burden (or blessing) of primary child care often falls on the mom. 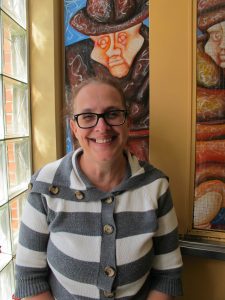 Louise Lambert, single mom of four and currently working contract to contract, recalls her former boss stating, “I won’t hire anyone in their childbearing years, because I’m not prepared to give them a year off, and have to train somebody else,” a blatant breach of the Ontario Human Rights Code. Jokes about “going off and getting pregnant” are still common says Butcher.

Monika Rivas is mom of two year old Marie-Eve. Rivas just completed her masters in social work and is currently looking for work. At her last job interview her interviewer subtly tried to find out whether she was imminently planning to have more kids.

They asked things like “what do the next five years look like for you in terms of work-life balance?” Rivas didn’t get the job, and shared that in an ideal world “there would be more permanent part-time jobs available” for moms like her, who want to work and take an active role in the care of their children.

Subtle discrimination aside, the high cost of childcare coupled with the wage gap in earning potential for women adds insult to injury for (especially single) moms. In a 2015 report, the Canadian Centre for Policy Alternatives found that 16.5 per cent of women in Waterloo Region live below the poverty line, compared to 11 per cent of men, and that women earn 66 cents for every dollar earned by a man. Relatively few women occupy leadership positions. The gap widens for women of colour, trans and indigenous women.

“If you want a promotion at your job” says Lambert, “they expect you to stay longer, come in earlier, work harder. As a single parent, you need that raise to stretch your dollars, but you can’t because you can’t put in the hours.”

Lambert and Marjorie Knight both expressed that many jobs that required travel, or evening and weekend work were out of the question without consistent, flexible and affordable childcare. 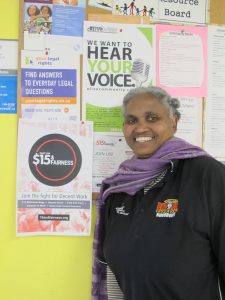 Knight is a single parent of twin, now adult, girls. She became pregnant during her undergraduate degree, and she says “the whole university rallied around me.”

“The student council bought me a rocking chair, everyone was invested in supporting my pregnancy.” But once her twins were born and she moved to Toronto to find work, she couldn’t find anything that paid enough to keep them in daycare.

Almost 30 years later, Butcher’s experience has been similar to Knight’s, as she says it was impossible to find centre-based childcare for her son.

“I was on every waitlist in the region,” she says, “and I was pretty much told I won’t get a call-back until he turns 18 months.” A 2015 CBC report puts the median cost of childcare for infants 18 months and under at $933 per month in Kitchener, compared to $174 across cities in Quebec.

When Knight couldn’t find affordable childcare, and had no family to turn to in Canada, she moved home to Jamaica.

“I could afford childcare in Jamaica, a third world country, but I couldn’t afford it in Canada… what does that say about our values?”

“Caring for a child has got to be the hardest job in the world – yet we don’t value it, ….we don’t seem to value anything around nurturing and growing,” Knight adds.

While childcare is proportionately quite expensive in Ontario, those who work in childcare don’t see those returns. In “Closing the Gender Wage Gap” a 2015 report issued by the Ministry of Labour, researchers reported  that “feminine,” female-dominated careers are paid substantially less than “masculine,” male-dominated careers”.

Caring professions such as early childhood education, nursing and personal support work are just some examples of the kinds of jobs that demand much, but pay little. But while the gendered wage-gap has received some media attention, there’s been little interrogation of how workplace cultures keep women and mothers from even getting in the door.

Rivas recalls a helpful policy at the Region of Waterloo, where she did her MSW placement.

“They had a breastfeeding room at my office” she says.

“My supervisor was very understanding when I had to take a break to pump. I didn’t have to choose between taking a lunch break or pumping.” 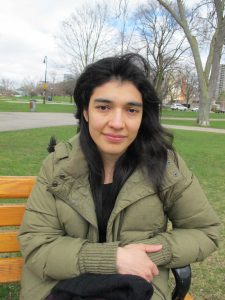 Butcher was able to bring baby Henry to work, even setting up a crib for him in her office. “I would strap him on to me and attend board meetings… if I needed to pump I would just put a sign on my door”.

“Our office is very family friendly,” she explains. “If school is cancelled, our office is closed.” As executive director, Butcher gets to set a tone that accommodates, rather than ostracizes parents at work.

Accommodations like these could have lead to very different career trajectories for Lambert or Knight. Lambert recalls that when her children were sick, or school was closed, her employer required that she take a vacation day to stay home with them.

After Knight moved back from Jamaica when her children were 13, she couldn’t find a suitable job in Waterloo Region because of “lack of Canadian experience.” Today, she works as a clerk at a furniture store and after eight years of service is still not salaried and earns less than Waterloo Region’s recommended living wage.

“Mom’s are essential. As a human race — we need them,” says Knight.  And yet, we make it difficult for them to enter the workforce, to earn for their families and achieve the balance they need to be able to do both well. “I want my daughters to have a good career… but I also don’t want them to feel they have to choose between a career or family.”

Not all moms have the option of working at an organization like SHORE, but we do, as a community, have the ability to demand changes in government and in our workplaces that could, for example, provide better subsidized day care, flexible work schedules and parental leave allowances. That seems a more meaningful way to honour our moms than a bouquet of flowers and brunch this mother’s day.