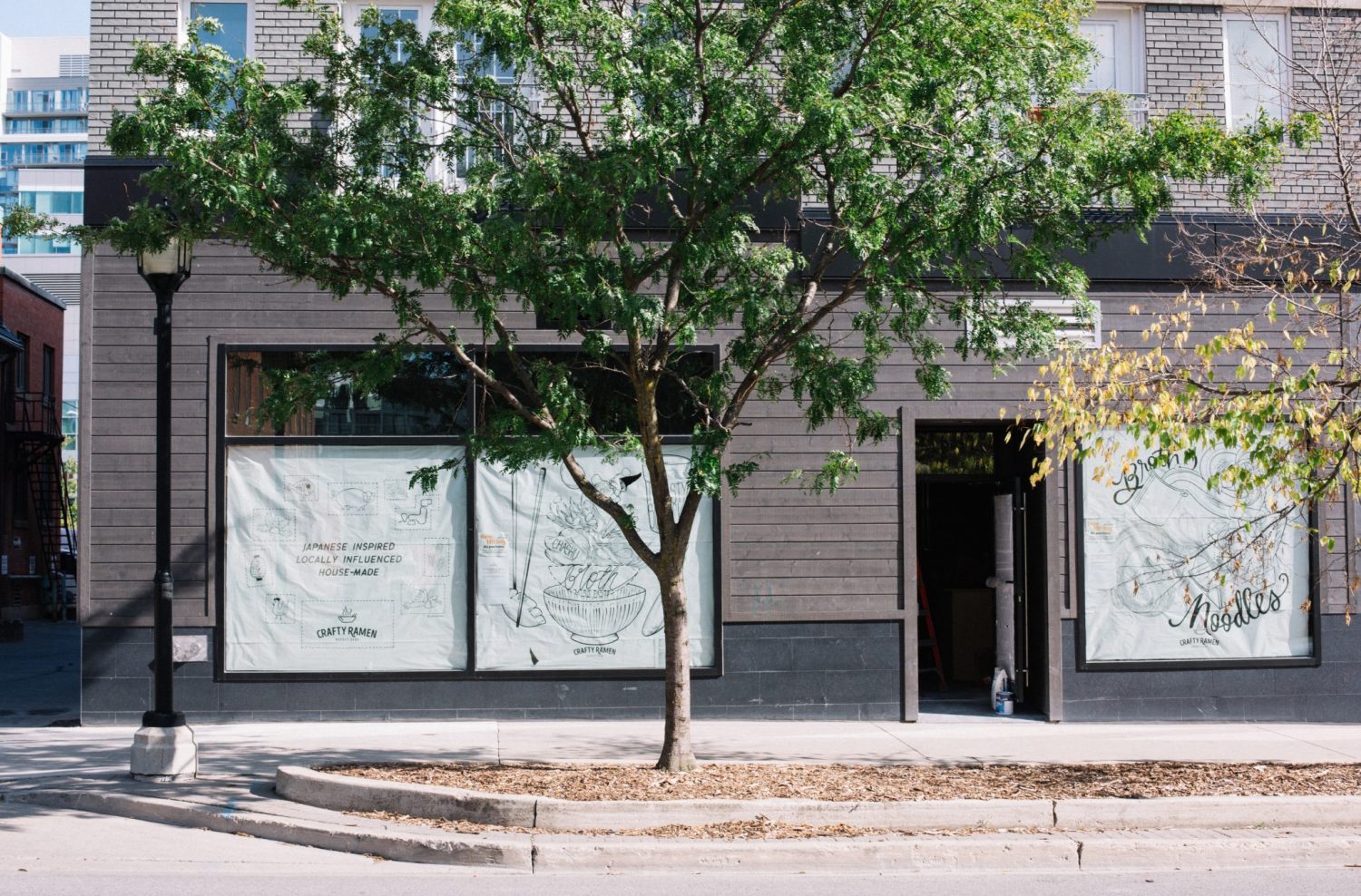 Jared Ferrall doesn’t consider himself a restauranteur, even though his downtown Guelph restaurant has become quite popular since opening two-and-a-half years ago.

“I kind of think of myself as an instigator … I start things and I get things going and then I find people to hand them off to and then that’s how we continue to grow and do cool stuff,” Ferrall said.

Before opening Crafty Ramen in Guelph, Ferrell and his wife Miki were living on a boat, travelling the world, visiting restaurants and eating lots of ramen. When their trip was over, they settled in Guelph to be closer to family.

“I’ve always loved ramen. I’ve always been a chef. I’ve lived and worked in Japan and used to go out and get ramen all the time there. Knowing that we wanted to start our own business, the decision to open up a ramen shop just kind of came naturally,” Ferrall said.

But the success was much more than he and his wife could imagine.

“It was much bigger and much more popular than we ever thought it would be,” Ferrall said. “The problem with it was, it wasn’t designed to be as busy as it is.”

Now, two and a half years later, the Ferralls are bringing a brand that did so well in downtown Guelph, to downtown Kitchener, on King and Water.

Ferrall said that what makes the Guelph location so successful is a combination of good food and a good atmosphere. This, mixed with  fair prices, lots of vegetarian options and an emphasis on local ingredients, creates value in their brand.

They hope to recreate a similar — but not the same — experience in DTK. The Kitchener location will have double the seating and an extended menu.

Asking if Crafty Ramen’s menu is “traditional” is a tough question to answer. Ferrall explained that the tradition of ramen is to be regional and chef driven.

“Those are sort of the pillars of ramen. In Japanese food in general … they’re very regimented,” he said. “Ramen has always been the “anti-that.” Ramen is about ingenuity.”

Traditional ramen is not supposed to be uniform. With approximately 35 different styles of noodles, the possibilities are endless.

Ferrall said they’re not trying to emulate something from Japan, but instead, they’re taking inspiration from bowls they’ve had in Japan, while using local ingredients. Crafty Ramen’s wheat for their noodles, the majority of their meat, vegetables (depending on seasonality) and miso are all from Ontario producers.

But above all, they’re crafty.

With the Guelph location, Ferrall has collaborated with Kitchener-based graphic designer Blake Stevenson and Guelph-based tattoo artist Allie Charbonneau for art work and branding. He hopes for collaborative opportunities in DTK, also.

“That’s one of the core values that we have at Crafty Ramen — that collaboration. That means working with the communities that we’re in, but also with other artists,” Ferrall said.

“Now that we’re moving [to Kitchener], it just feels like we’re expanding our community. It’s all about the 519.”

Crafty Ramen’s downtown Kitchener location is projected to open on Oct. 17, just in time for the best season to enjoy ramen.

“[I hope to] make a lot of people happy,” Ferrall said.