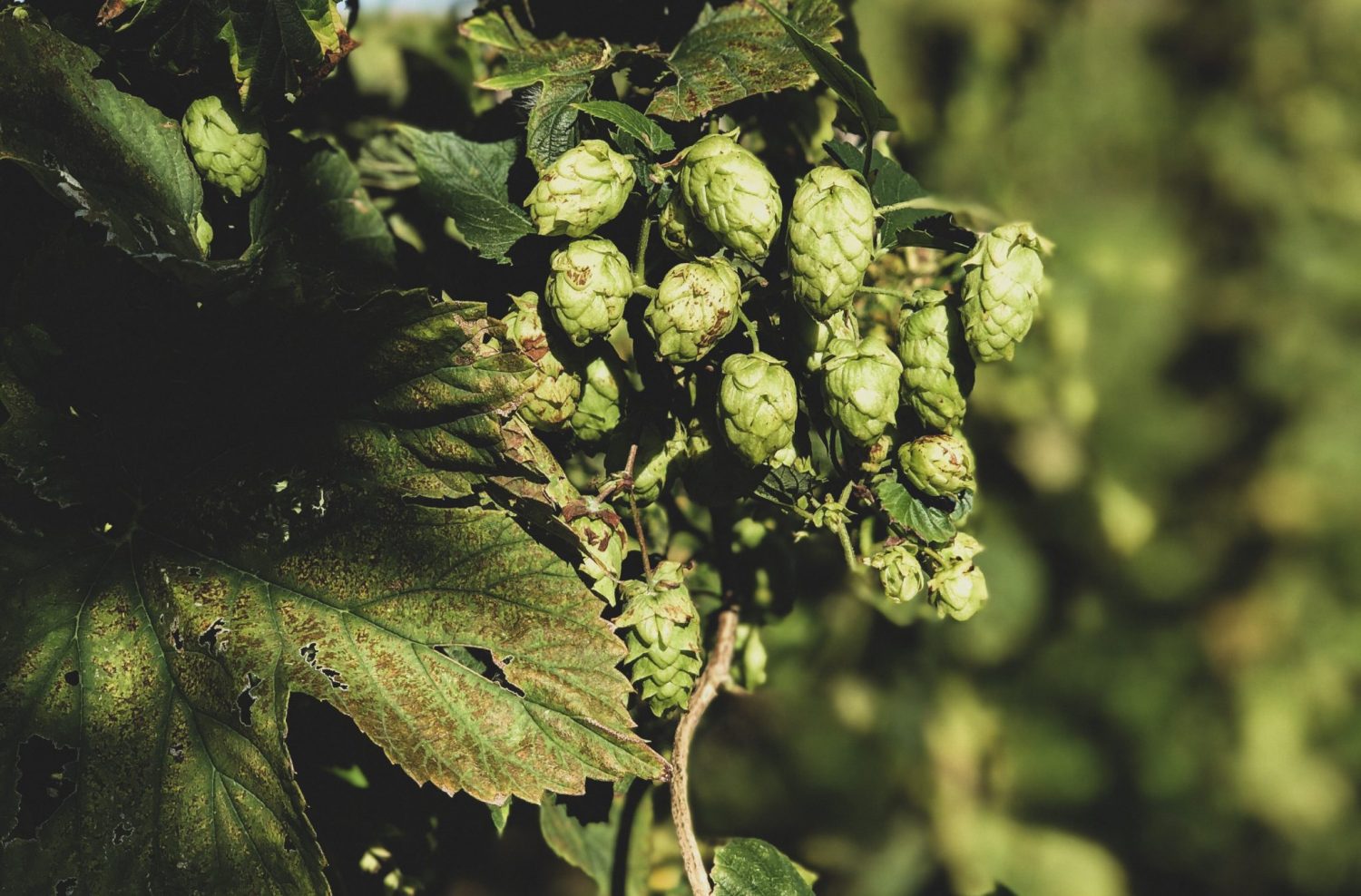 Wet-hopped beers are truly seasonal products as they are made during the short window of time when hop harvest happens, from the end of August through to the end of September. These beers use freshly harvested hops straight from the bine (the plant structure), unlike most beer where the hops are dried and lightly kilned before use.

These unprocessed hops can degrade very quickly and are usually added to a beer 24-48 hours after they are picked.

Hops can be used in beer to impart bitterness (added during the boil where the hot temperatures create a reaction leading to bitterness) or to impart flavour and aroma. Hops are delicate and high heat usually flashes off a lot of the aroma, leaving only the bitterness behind, so brewers can turn to dry-hopping in order to get the most aroma from their hops.

Dry-hopping is the process of adding hops to the beer during fermentation, usually at temperatures around 20 degrees Celsius for ales, or lower for lagers. By adding the hops at this lower temperature, bitterness is not extracted, but the flavours and aromas of the hops are preserved and can shine through.

Using fresh hops can be a bit of a challenge for brewers, as the precise specifications usually provided by suppliers are not often available for this unprocessed product. Just like grape varieties for wine, hop plants are affected by soil conditions and weather that creates unique expressions of flavours and aromas for each plant (referred to as terroir).

These hops impart unique aromas and flavours to beer when compared to their processed counterparts, akin to the differences in dried herbs compared to fresh. Most of the time, this leads to a beer with more pronounced earthy and grassy notes that highlight the plant itself in addition to the usual flavours and aromas produced by particular varieties. Brewers often use these fresh hops as dry-hop additions and really let the unique flavours of these fresh hops shine through, without having to worry about unknown bittering properties.

These beers are only available once a year and often differ significantly from one year to the next. One interesting wet-hopped beer that I’ve enjoyed trying each year is from Royal City in Guelph — they use a pooled supply of fresh hops from people who grow them in their backyard.

Royal City hosts an open house and a brew day at the beginning of September for this wet-hopped beer, which then leads to a release party at the end of the month where you can taste the end result.

Justin is currently enrolled in the Brewmaster program at Niagara College.