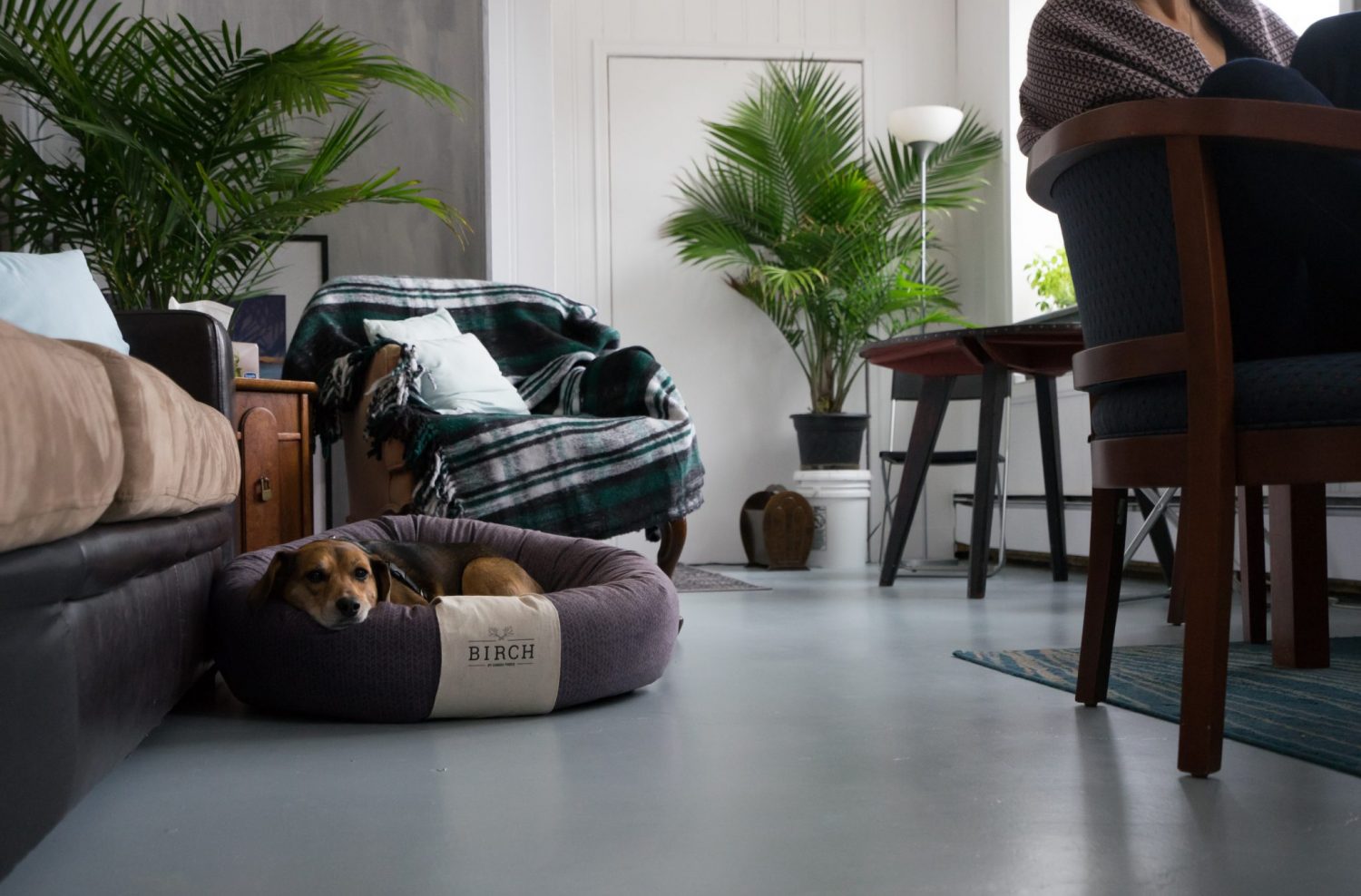 Cozying up to the Causerie: Marit Collective’s New Conversational Space

“We call it a communal living room,” CJ Perez said.

I’m sitting at a large table across from her and Stephanie Rozek, co-founders of the non-profit Marit Collective. The room is adorned with tasteful knick-knacks and vintage furniture, including a glass display case from the original Goudie’s department store.

This place, a project of Marit Collective, is called the Causerie, located at 154 Victoria Street South, Suite 2, in Kitchener. Down the hall, there’s a performance room that will soon house one of the Causerie’s two pianos. A sun-filled lounge with couches and plush chairs faces Victoria Street. We’re sitting in a dining room of sorts and it’s just chilly enough to turn on the fireplace in the corner. 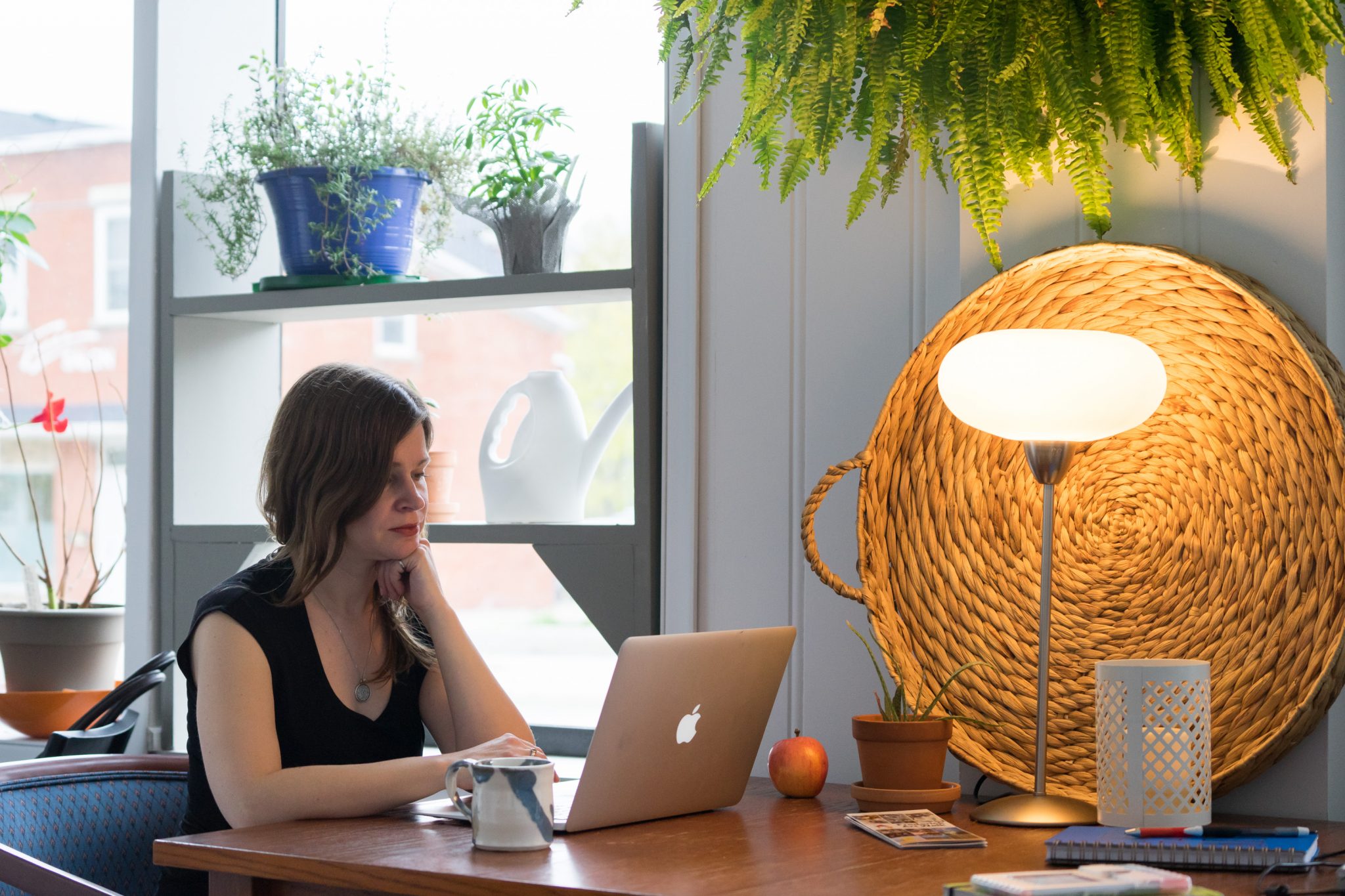 Stephanie Rozek in the sun-filled lounge

These days, Marit Collective hosts intimate monthly conversations on topics like emotional labour, decolonization, diversity, or bridging arts and tech. The Causerie is their next step: a physical space to build a more permanent community around these messy and challenging discussions.

Core to the Causerie is a culture of mutual respect and thoughtfulness. “People come in and talk to us and realize that we are not judgmental about identity or beliefs,” Rozek said.

“To make that trust with people, you have to have a community. You need to have a sense of belonging.”

Waterloo Region, with its three post-secondary institutions and plenty of grassroots activist groups, isn’t necessarily lacking when it comes to forums for critical discussion, but the Causerie wants to create a place to deepen relationships, not just share ideas. 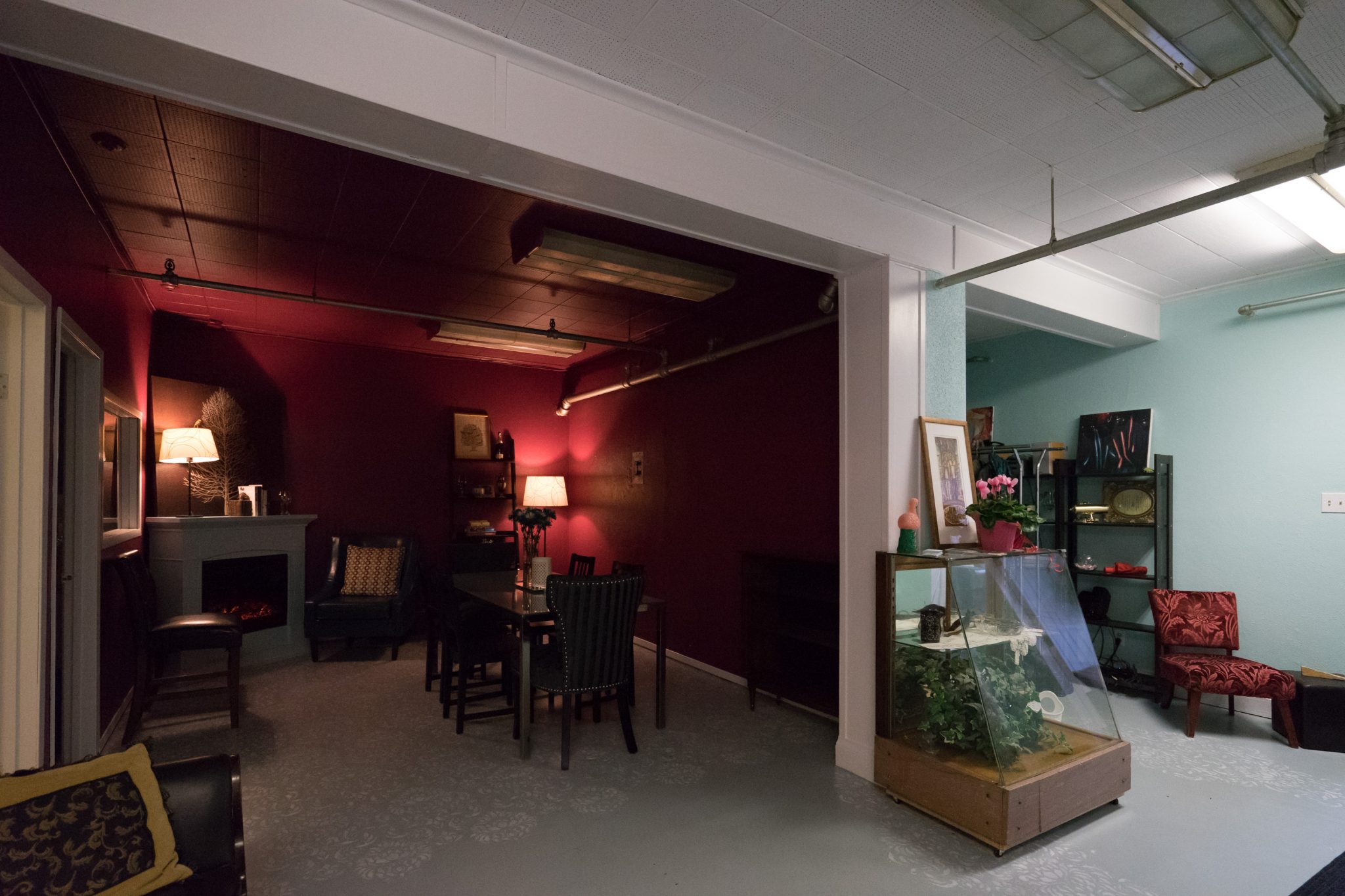 “We talk to people about the idea of third spaces. You have home, and work, and there’s a third space,” Perez explained.

“And for a lot of people in decades past, that’s your church, your legion hall, your union hall, your bowling alley, your local pub at the corner. We’ve lost a lot of those spaces to make more amorphous communities, but as humans, we need them.”

Perez and Rozek see the Causerie as a place to grapple with the political and social division in our culture, without needing to choose sides right away.

“It’s easy to go, ‘Here’s this binary, I’ll pick one and carry on with my day,’ But humans aren’t like that,” Rozek said.

The Causerie isn’t a debate club — they’re not interested in holding up competing ideas just for the sake of argument. The point is to deepen understanding, not necessarily determine what’s right and wrong.

“It’s hard to find places to have those conversations that are not academic or activist. There are a lot of people who are never going to enter those spaces. They will immediately feel like it’s not a space for them.” 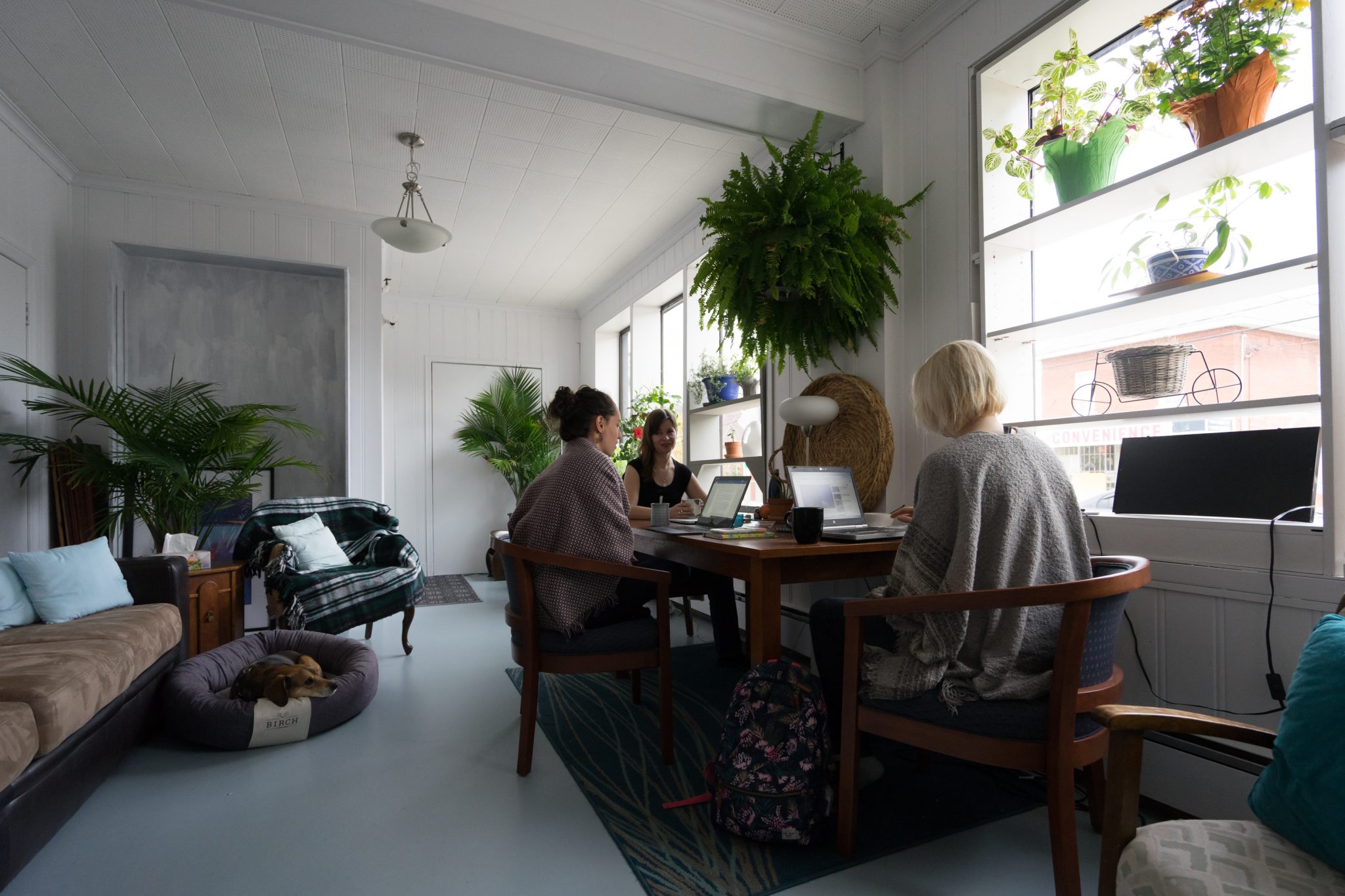 The Causerie aims to build up a broad cross-section of members. Some will be drawn in by workshops and discussions. Others may gravitate to coffee socials, concerts, jam nights or other arts programming.

Melissa Krone curates artwork to be showcased in the space. For her, the Causerie’s mission dovetails perfectly with the art community.

“Artists have always occupied that space, and patrons of the arts are people who appreciate and support that work. I feel like there is a natural overlap in audience between the two,” Krone said.

Art pieces from l.t. doughtery, a local mixed-media artist, have already have been acquired for the space. dougherty is also a poet and writer, adding another point of connection for everything happening at the Causerie.

“When we make relationships, it’s all through proximity and repeated encounters. We’re very local-focused,” Rozek said. “We have some people that are joining mainly for the social component and then they might get pulled into the conversations.” 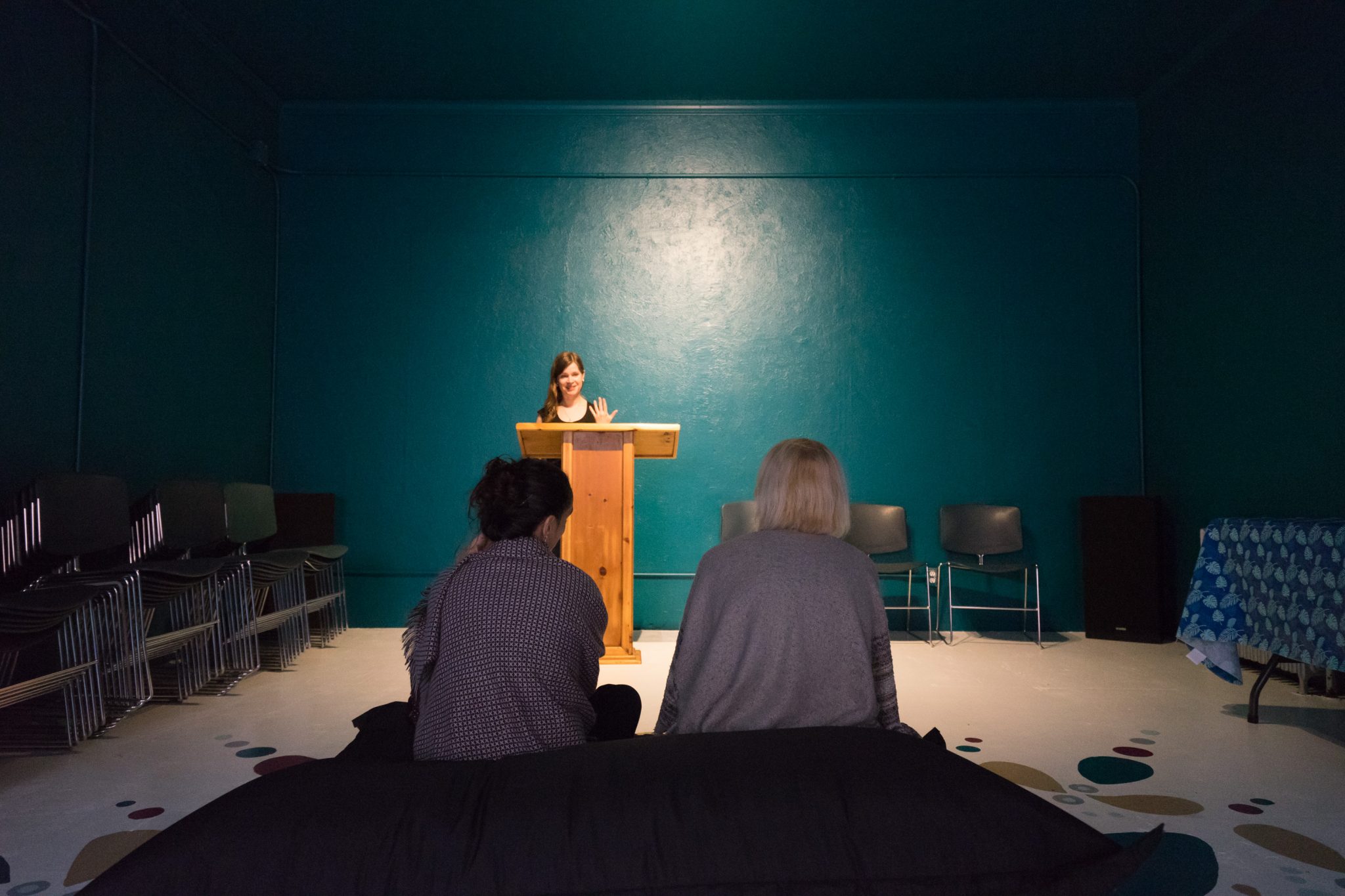 Downtown Kitchener lacks affordable venues for artists to perform and the Causerie could fill some of that void by booking space for rehearsals, concerts, or other events. It’s both a potential source of income and a way to build connections between local artists and the Causerie members.

“You can’t do something like this as a startup model,” Perez said. “It doesn’t fit into a little box. You can’t just pick it up and plop it in any city, because then it’s not an organic community. This is of KW and it’s for KW.”

Sam Nabi was a speaker in the 2017 Change the Ratio event, a former project of Stephanie Rozek and CJ Perez.