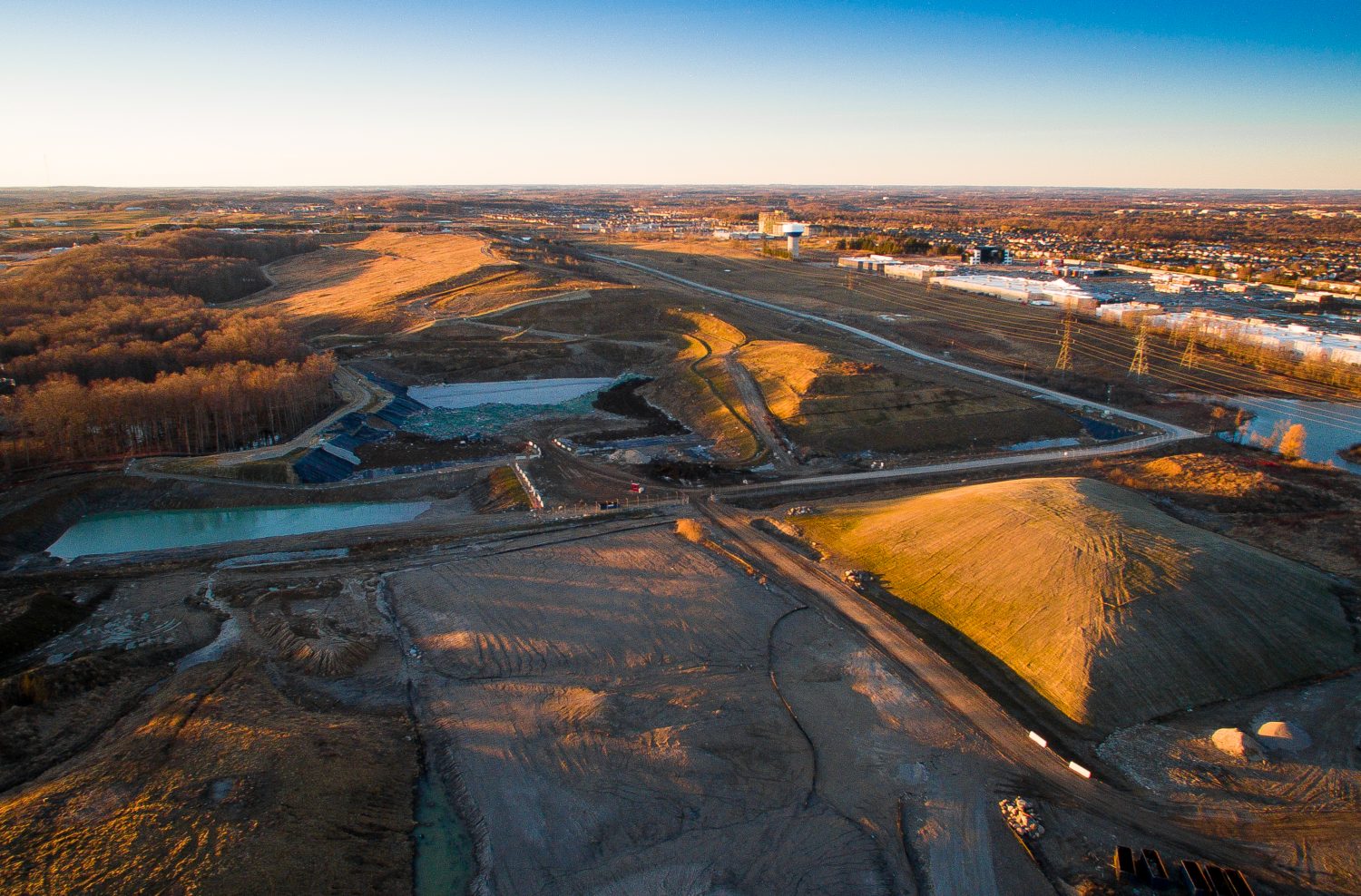 Correction: Previous versions of the article (including in print) stated that tours of the Erb Street Waste Management Centre are to be held on Earth Day – April 22. However, tours will be held the following day, April 23, 2016. Registration is required.

How do you celebrate Earth Day? Is it just another strange holiday? A time to reconsider our society’s impact on Mother Earth? Why don’t you celebrate this upcoming Earth Day—April 22— by touring the Erb Street Waste Management Centre on the following day – April 23, 2016.

Visiting the garbage dump might not seem like a fun excursion, but I took the hour long tour last spring and found it hugely informative. It also gave me a new appreciation for how well our region deals with what we usually refer to as garbage.

The tour takes you on a bus around the 125 hectare site to view the “tipping face,” the 60 metre hill where trash is dumped. Newly laid trash is covered with plastic sheeting or spray-on mulch to keep smells down—the tipping face was surprisingly not smelly when we visited—and to keep critters out. Leachate and methane gas from the garbage is collected to protect the surrounding land and air.

I was most impressed walking inside the Nyle Ludolph Recycling Centre. This facility was filled with huge mounds of cardboard and paper waiting to be moved to a recycling facility in Niagara. Bales of plastic film, aluminum cans and plastic bottles lined the floor. Throughout the facility a complex conveyer ran separating out metals from plastic, and a dozen workers furiously hand-sorted items as they flowed by.

Our waste management facility is not just for dumping waste but rather represents a conscious effort to direct various materials to be re-used, recycled, or properly disposed of with minimal impact on the environment.  Kudos to the regional staff at our various facilities that work so hard to make this happen.

Waste Management staff routinely assess the contents of garbage bags from various neighborhoods across the region. These studies have found that half of every garbage bag is actually organic material that could be diverted and composted. For example, 50 per cent of all metal cans and 70 per cent of plastic water bottles go into the garbage. Both could easily be diverted, the materials recovered for other uses.

Our local landfill will only last so long. Current projections are for the 71 hectare dump site to close in 2030 with a total capacity of 15 million tonnes of waste. Citizens commitment to limiting waste and using their blue boxes and green bins diligently could extend the life of our landfill, save us all tax dollars and divert precious materials.

I was so impressed with the tour of our landfill that I went back for a second time in the fall with our local environmental group. These tours are regularly conducted for the public during Earth Week in April and again mid-October. The tours are free to the public but you need to register in advance at 519-575-4400.