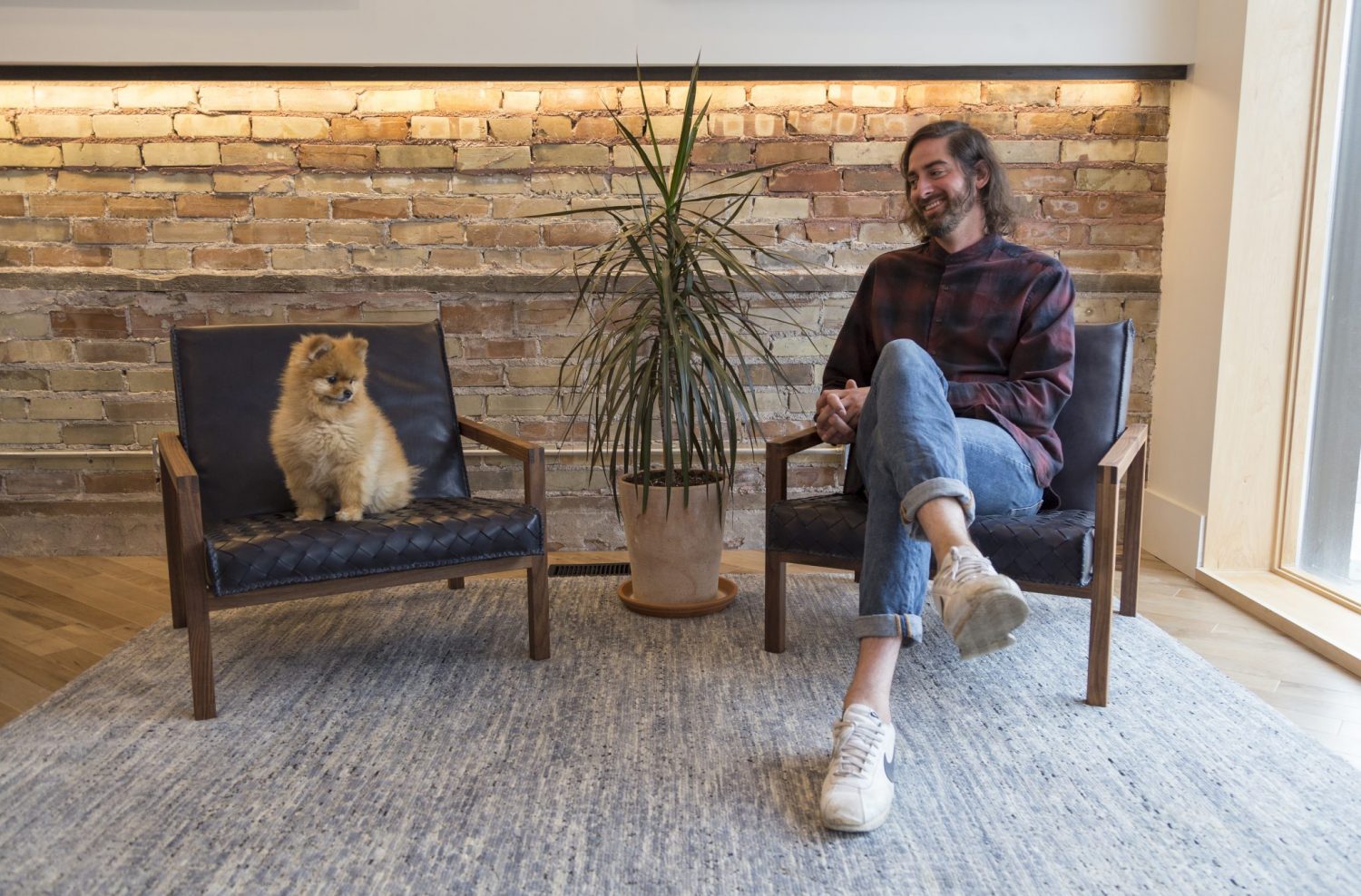 Local interior and furniture designer did what a lot of Waterloo Region natives do — he left his childhood home in Galt for Toronto at age 18 in search of something more. In Toronto, he tried a few different school programs like graphic design, sound engineering and furniture design, but ultimately decided that school wasn’t really for him.

It was a job in a Toronto retail store that really sparked his interest in interior and furniture design. It was more hands on than school — less learning and more doing.

“I got a job for Urban Outfitters; they had a position where you could be the artist at their store,” Paulin said.

“You’d [display] all the furniture, and do all the displays and all the decorations. They would give you a plan and you would reinterpreted the plan for whatever store you’re in.”

The creative freedom he was given at Urban Outfitters really solidified his career path. In Toronto, he teamed with two partners and started an interior design company, but in the end, he moved back to Cambridge to start his solo project: Brett Paulin Design Inc.

It’s a common story: leaving Waterloo Region for the big city in hopes of finding something — or yourself. In the end, Paulin came back to be closer to family, just like so many do.

“Something about Cambridge, I think I just felt more complete here,” he said.

He said while this is his home, Waterloo Region is still going through exciting changes, similar to the constant motion you would find in the GTA. 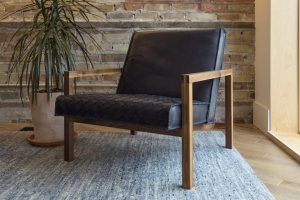 “What I think is neat about Cambridge [and Kitchener-Waterloo] is that you don’t expect people to be from where they’re from or to have the experiences that they’ve had. I’m meeting a lot of interesting people, which is pretty cool and pretty inspiring,” he said.

While Paulin’s homebase is Cambridge, he works all over. He’s designed restaurants in Hamilton and Toronto. He’s responsible for the bright-coloured geometric mural in the front entrance of Monigram Coffee Roasters in Galt and he just completed VIVE Developments office in Kitchener.

All these projects have required something different — the mural at Monigram wasn’t just creating a plan to revolutionize a space, it was an actual hands on artistic project.

“I find it’s all kind of the same. Working in design, I always found that people have their compartments, but the creative process, to me, is kind of all the same,” Paulin said.

“Whether you’re making a chair or doing a painting or doing up drawings — they’re kind of all the same skill set, you’re just making a different product [sic].”

The office space for VIVE Developments was one of Paulin’s biggest projects to date. The building was condemned, so Paulin was a lot more involved in the construction process, from start to finish.

“I do more hands on than a typical designer. I try to focus on doing more creative installations,” Paulin said.

While it’s hard to box any artist in, Paulin describes his style as “eclectic.” The photos on his website showsminimal spaces with dark wood and leather — the kind of room you’d expect to find an old man with a handlebar moustache smoking tobacco from a pipe. Contrastingly, Paulin’s mural in Monigram is bright, using royal blues and sunshine yellows. The VIVE Developments office mixes old and new, with exposed brick, woven leather chairs and a bright orange geometric wall decal. If photos had scents, the photos of Paulin’s designs would smell like old books, sandalwood and mahogany. 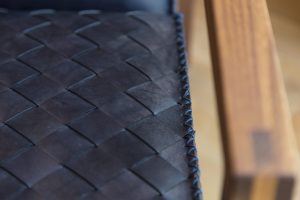 “For interiors, you jump around a lot, but what I’d say are common threads are art, anything that has a lot of texture or artistic composition. Just classic architecture and mid-century [style],” he said.

That classic/mid-century inspiration is visible in the furniture he designs, also. Paulin collaborates with Galt Wood Company — he does the design and any leather work and they make the frames. Unlike the furniture you may buy at cheap and trendy box stores, Paulin’s pieces are meant to last.

“The leather that I use is all made in the United States [with good working conditions]. The wood is all sustainable — black walnut grows pretty quickly where we’re from. I think, for me, that stuff’s really important, to have [furniture] that’s sustainable and also like heirloom quality: really great materials, it’s going to last forever and it does cost a bit more, but I feel like it means a lot,” Paulin explained.

“I feel like there’s a big difference between if you saw one of our chairs and an IKEA chair. I feel like some of the artistry is transferred into the furniture. I want to make something that’s full of love that people will cherish and love.”

While Paulin primarily works with commercial or office spaces, he confirmed that he’s put a lot of love into his own living space, as well.

“I just want to be around things that are really special … if I have a connection with something, I usually buy it and fit it in my house … If I had bad furniture around me … I think I would die,” he joked.

Paulin’s favourite designers are Roman and Williams, based in New York City. They do a lot of work on hotels, something Paulin hasn’t done, but would like to tackle.

“To make a space that’s as warm and inviting and full of character as they make,” he said, “I would love to do those kinds of projects.”