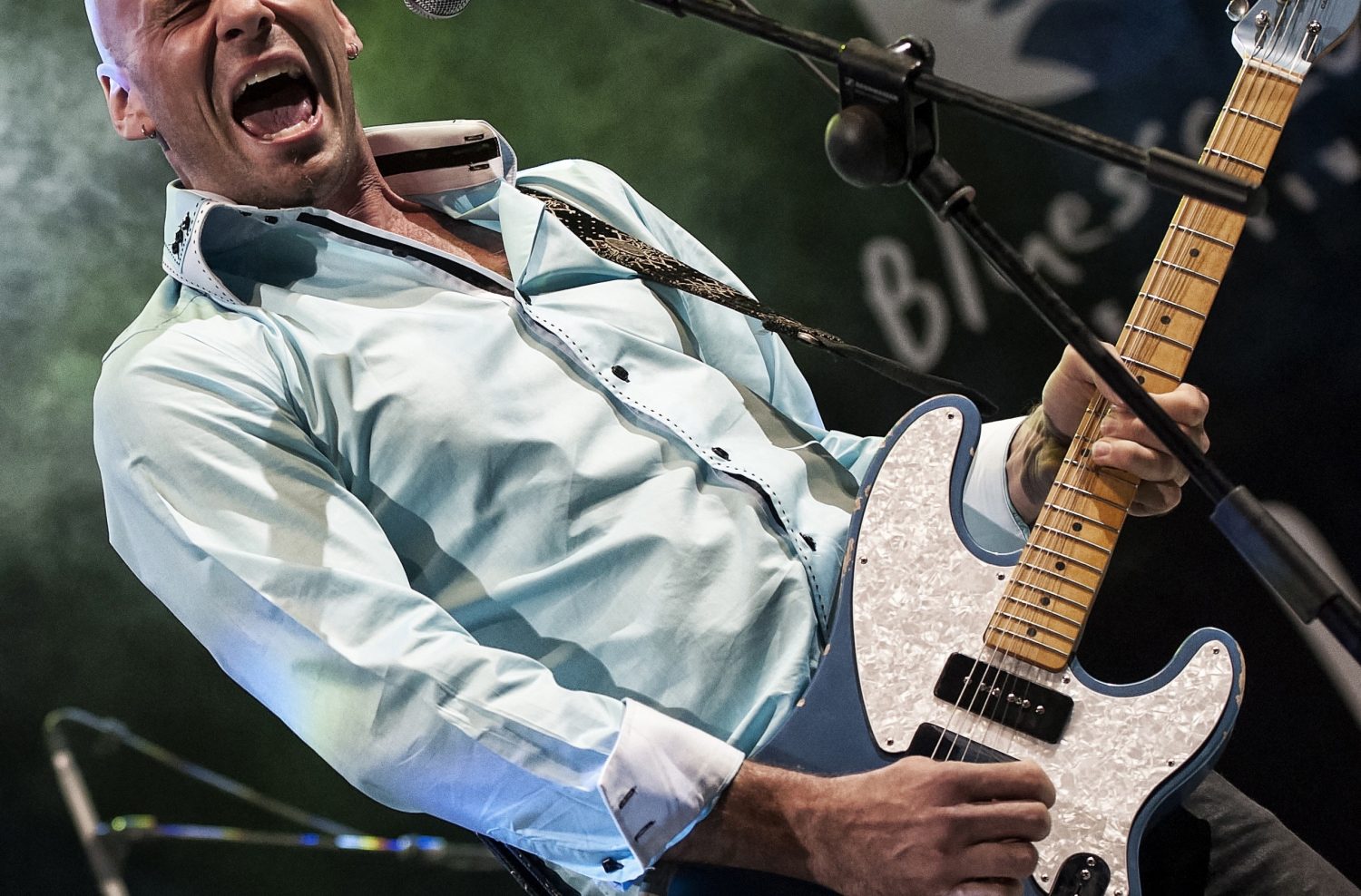 Local blues guitarist Shawn Kellerman’s upcoming birthday will be special. He will be playing in Cognac, France at the Hennessy Mansion, owned by the high-end cognac company that is part of the Louis Vuitton conglomerate.

How does a Waterloo bluesman achieve such a high-status gig?

“I never stop learning and I am always up for a new challenge,” said Kellerman over a coffee recently. Indeed, one look at this young man’s career and you see a textbook example of how hard work, challenge and growth leads to success.

It started when he was 15 and playing in a blues band with his father and stepmother. “It was cool because the other musicians were older and I could learn so much from them.” After high school he was booked three to five nights a week and his course was set.

When Kellerman was 18, the legendary Mel Brown moved to town and became a mentor. “I played rhythm guitar for Mel until I was 22 and it was like going to college for the blues,” Kellerman reminisced. “Mel played guitar like he was having a conversation. He taught me that the feel was the secret sauce. He really looked out for me.”

His time with Mel served him well when in 1997, Shawn moved to Mississippi to tour and record with African American soul and blues king, soul singer Bobby Rush. Bobby was the consummate showman and demanded discipline from his players.

“When he pointed at you, you had to step up huge and give it all you got. Then you had to get out of the way.”

After three years of relentless touring in the south, Ontario beckoned and Kellerman returned to work with fellow Canadians like Michael Pickett, Paul Reddick and Carlos Del Junco. It opened yet another door and learning opportunity for him.

“These guys were into more acoustic-based roots, jazz and country blues. That was a big switch from the electric blues I played with Mel and the soul I played with Bobby.”

Once again, his time in K-W served him well. He returned to Mississippi with his newly acquired roots style and convinced Bobby Rush to record his multiple award-winning record Raw.

“That was just me and Bobby with two microphones and a laptop in his house. I had to convince him to go back to his roots for this record but it sure worked out well.”

In 2007, Kellerman struck out on his own and began touring relentlessly, up to 180 nights a year. He was a well-known sideman but had to prove himself all over again as a solo artist.

This pace took its toll and after a grueling seven-week European tour in 2011, Kellerman stepped away from the music business to regroup.

“I wasn’t growing and I was in a rut.” He put down the guitar and focused on carpentry work and house building for a year to ground himself.

Then fate intervened. His first mentor, his father, passed away and two months later he received the call from internationally renowned Lucky Peterson to join his band.

He has been back on the road with a new passion ever since.

Now Kellerman will represent the blues tradition of K-W at the mansion of high society in France.

It has been one heck of a journey but Shawn’s passion for continual learning suggests that his journey is far from over.