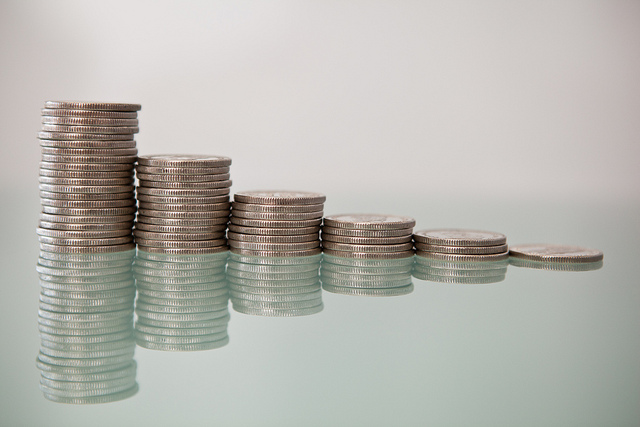 Basic Income Gets a Boost from Region

Green’s anxiety and depression prevent him from working enough to provide for himself, and ODSP rules allow those receiving benefits to work part-time. He freelanced those seven years, sporadically copy-editing high-school science textbooks, and describes the working-on-ODSP rules as “awkward, counterproductive and punitive.” Green says that the rules undermined of his efforts to establish the kind of “reliable income and stability that can lead to a better quality of life and wellbeing.”

While working, Green’s benefits changed depending on how much he made the year before.

“If you’ve had a good year, that’ll reduce your benefit the next year, so you better hope you continue to do well. And then if you do better [than expected] you can end up in an overpayment situation, where they decide they’ve given you too much. I’ve been in that situation for several years, where they’re taking a chunk off every month, and that’ll take several years to pay off.”

Green doesn’t mention this, but a single person receiving ODSP is already $6,783 under the provincial poverty line.

Green and other basic income advocates I spoke with shared great excitement about the fact that Ontario’s 2016 budget includes funds for a details-to-be-specified basic income pilot project. On June 22 regional councilors passed a resolution to officially “support the stated intention of the Province to collaborate with stakeholders to develop, implement and evaluate a Basic Income Guarantee (BIG) pilot project.” In so doing, Waterloo Region became the largest municipality in the province to publicly affirm the province’s BIG plan and to formally ask other municipalities to do the same.

Regional councilor Elizabeth Clarke says that, while the resolution is a small step, “BIG is essential.”

“Our current social assistance programs are a disaster,” Clarke says. “We need to move to something else, and BIG is the only logical alternative. We need a more effective and efficient system that is less intrusive, disrespectful and punitive.”

Kitchener Centre MPP Daiene Vernile confirms that BIG is still “among the options” as the provincial government continues to review income security programs (like welfare and disability supports). Vernile says that, following discussions with a number of local poverty reduction groups, she is “certainly going to be advocating strongly for Waterloo Region as a test location” for some kind of BIG. She says the province will announce pilot specifics before 2017.

There are many versions of BIG, but the core idea is that all adult residents of a particular area, irrespective of their labour market participation, are guaranteed a certain income. If you are alive, you get paid. Basic income could replace our social assistance bureaucracies with a simple cash-transfer mechanism. In such a community we would be free to do the work we want, because we could each depend on a steady and adequate source of income that met our basic needs. Those basic needs met, more of us could afford preventative medicine, like good food. The lowest income members of our communities, who are the most likely to shop hyper-local, would, and more frequently.

BIG advocates promise a more effective poverty reduction tool than our existing social assistance programs, which should also make our communities (and the people who live in them) healthier, safer and more prosperous.

Sean Geobey is an advisor to BIWR, and an assistant professor in University of Waterloo’s school of environment, enterprise and development. He says that BIG’s “top benefit is that it eliminates the ‘welfare wall,’” explaining that “when people on welfare or disability start working, their cheques are cut 50 cents for every dollar they earn, meaning that the poorest people are facing the largest clawback on their earnings.”

“This traps people in poverty, because it often makes more sense not to work,” he says, because working comes with other costs, like transportation and child-care, but, increasingly, few benefits and limited job security.

Indeed, if you’ve read this far, you’re probably wondering how we could pay for BIG. Answers to this question are variations on a theme: poverty is expensive, and we’re already paying out the nose to react to the complicated consequences of living on a low income. In 2013 the Ontario Association of Food Banks estimated that poverty costs the province between $10.4 billion and $13.1 billion per year: trips to the emergency room instead of the family doctor, unhealthy food and then diabetes, stress, and pay-day loans to pay off pay-day loans. Dismantling bureaucracies tasked with means-testing poor people could also generate savings.

People would not quit their jobs en masse, post-BIG, says Green and a variety of labour market research, because “most people will want a better lifestyle than BIG would give them.” The BIG payments would be, more or less, the poverty line, and so anyone who wanted a nice car or to vacation abroad or not listen to Spotify ads would need to work. Whatever it is that compels us to keep up with the Joneses’ would not disappear once BIG arrives, its proponents argue.

What’s more, working less seems to have a variety of happy consequences for individuals and the environments they live in. Danes appear to be some of the happiest people in the world, while working less than most. And while some certainly want and need to work to feel good, it can be hard to see a connection between work and human flourishing for the so-called “working poor.” Do those people holding up work as the key to the good life have in mind cleaning toilets? Indeed, this is also one of the arguments in favour of a basic income guarantee: wouldn’t our communities be better if people were not forced to “choose” their work based on their survival needs?

Finally, BIG advocates point out that Canada already runs universal income support programs, like the child tax benefit and old age security, and also that a five year BIG trial in Manitoba in the 1970s had a demonstrably positive effect on the trial community’s health outcomes and poverty rates.

Although Canadians in general are among some of the best-off in the world, research from the Universities of Toronto and Calgary shows that many Canadians get healthier and wealthier when they turn 65, which BIG advocates argue is key evidence of a basic income program’s efficacy.

While BIG advocacy has brought together unlikely allies, so too has it attracted a variety of criticisms. Because people’s needs are not strictly financial, you cannot solve them with a cheque. You might be able to adjust payments according to different peoples’ living costs, so that those who need it could afford a wheelchair, but how can we quantify a person’s sense of belonging? Green, the basic income advocate, suggests that parts of the ODSP program could remain, to ensure those with disabilities receive the disability-specific supports they need.

The economist Kaylie Tiessen suggests that basic income advocacy could distract us from the important work of raising social assistance rates, which her research shows leaves recipients far below the poverty line. A basic income pilot would take years to implement and evaluate, all while roughly one in thirteen Ontarians live far below the poverty line on welfare or disability.

Finally, who will take out the garbage in a society where everyone is relatively free to choose work they like? Green laughs when I ask him. Yes, he concedes, it might be hard to find people to do the hardest, smelliest, least socially-valued work for low wages. But would that be such a bad thing? Maybe, Green suggests, such work would start to be paid what it’s worth.

Noting that Waterloo Region’s reputation for innovation extends beyond technology, Green hopes that BIG’s profile will continue to grow as a result of the resolution, and that other municipalities will get on board to keep pressing provincial and federal governments to consider BIG.