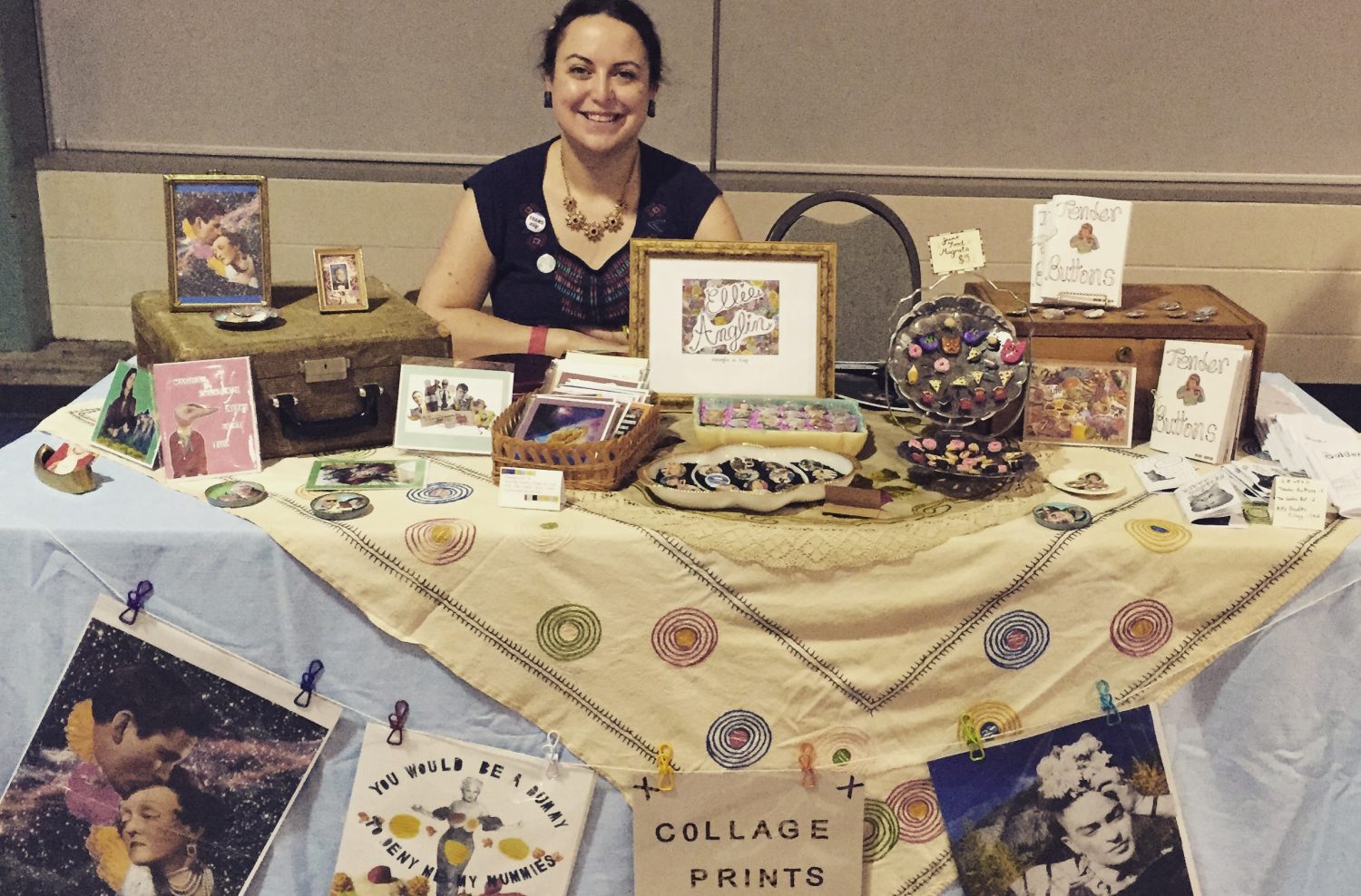 ‘ARTIN AROUND WITH ELLIE ANGLIN

Ellie Anglin is a Waterloo-based collage artist, writer, zine maker, blogger and sculptor. She is also, in a way, a community historian and (visual art) record keeper. Through the collection of her own work, and the works of others, Anglin has compiled a large deposit of zines and paper media art about Kitchener-Waterloo and beyond. 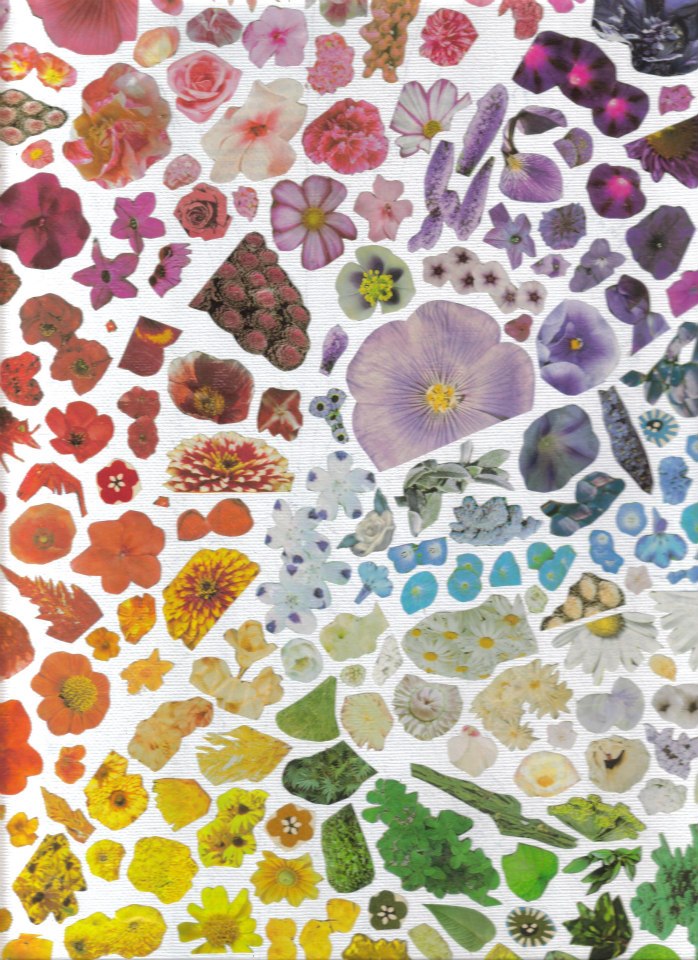 Anglin started making zines in 2004, when she and a group of students attending a creative writing course at UW would get together to talk about writing at Jane Bond.

“We started having our meetings here and it turned into somewhat of a drinking club [laughs] that was sort of the beginning of this becoming a place of creative stuff and inspiration [for me],” she said.

“In contrast to most magazines (especially women’s magazines), which are all about consumption, zines are about production. Zines allow you to put a part of you out into the world in a tiny physical form that can be held, touched, collected, traded, displayed, passed along and read in the bathroom,” Anglin said. “The culture surrounding zines, which historically has punk, feminist, queer and counter-culture roots, helps you connect with other weirdos!”

Since those early meetings at Jane Bond, Anglin has produced 15 different, independent zines. Most of those pieces were one-offs, but a few, like Scared of My Mate, ran multiple editions and were filled with art and writing from the community at large.

More recently, Anglin received a Toronto Arts Council Grant to create Tender Buttons, an extremely touching and beautiful solo piece of words and images–find a copy and treasure it forever. Anglin also used her grant monies to put together a community zine called The Golden Bat, which reads like a tribute to Kitchener-Waterloo. 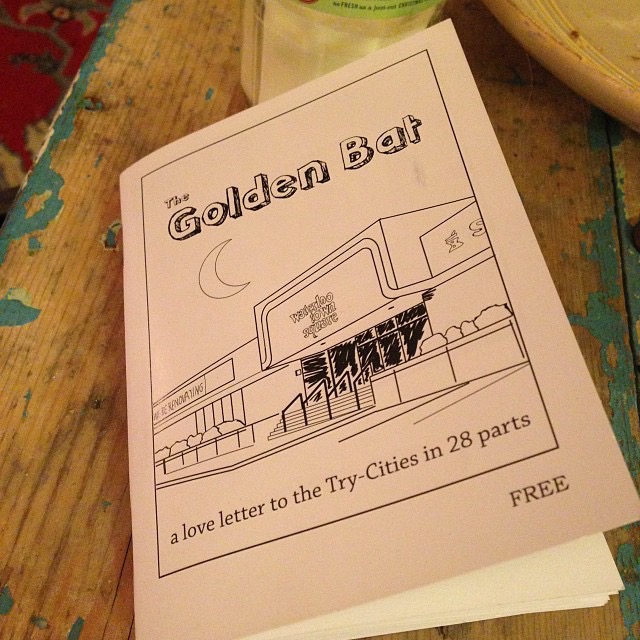 “The Golden Bat was a zine that was totally collaborative. I crowd sourced it so basically people in the community paid to have it printed. It’s all people from Kitchener-Waterloo, who have either lived here or are here now, and all the content is about K-W. That was a while ago but I’m still pretty pumped about it!” said Anglin.

More recently, Anglin and her sister Emmy created the zine Walmart Calico. “She wrote a poem about gender and I illustrated it,” said Anglin.

Right now, Anglin is working on a new project at Open Sesame, which is a new gallery right beside Kitchener City Hall. “[Open Sesame is] so rad, it’s basically zines and print media art. I’m going to be doing a K-W zine library there and I’m hoping that I can make it a mobile one, like on a little kart that I can bring around [as well as] a chill out space… so people can come and relax and read,” Anglin said. 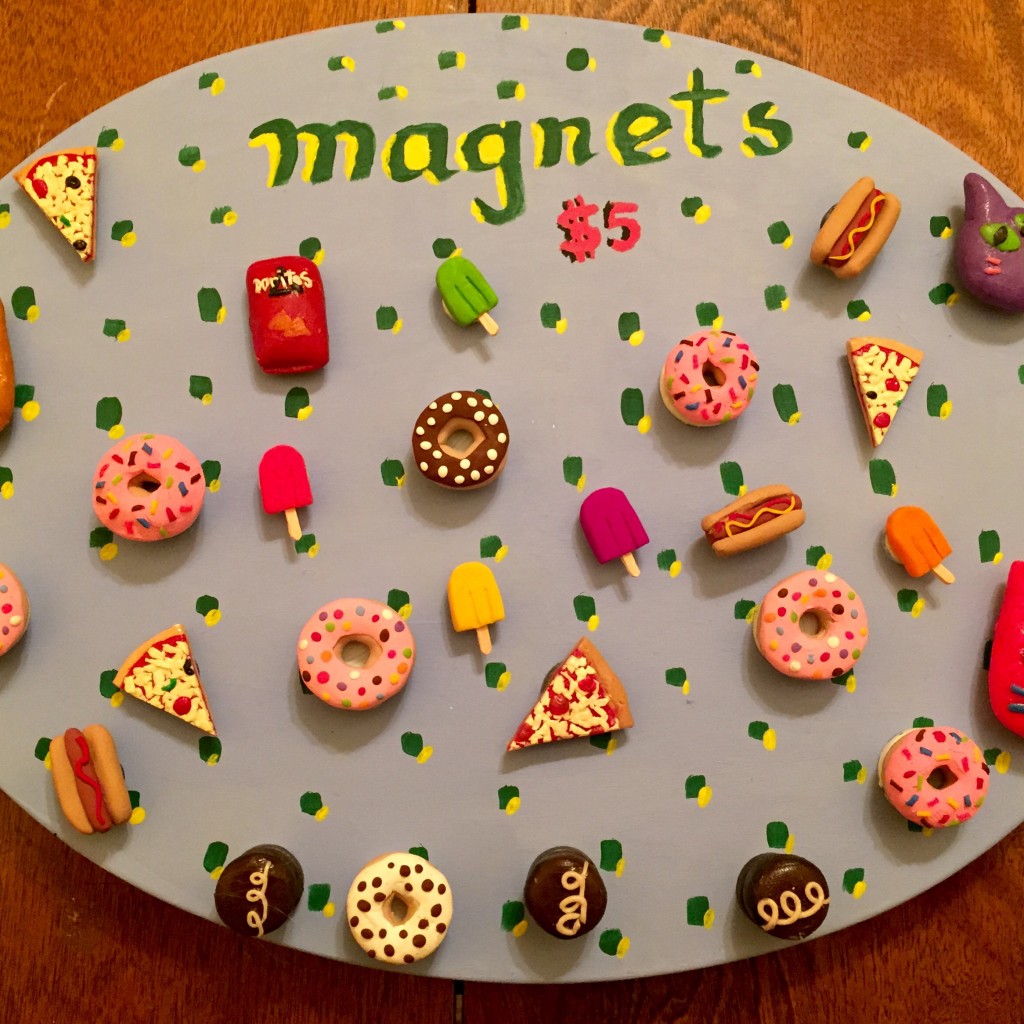 There’s something really charming about the idea of a library (of any kind) being wheeled around on a cart, and important, too, as zines should be accessible, but are not often shared on the internet. As Anglin put it, “its good to have [a library where] everyone knows they can go to… I’ve had this bin full of zines that is ever expanding in my apartment for 10 years that needs to be seen. I know lot of us do.”

Keep an eye out for the Zine Library opening soon at Open Sesame in Downtown Kitchener as well as Anglin’s other project The Waterloser, on Instagram and Tumblr.

Disclosure: Cara was one of the artists who contributed to Scared of My Mate.