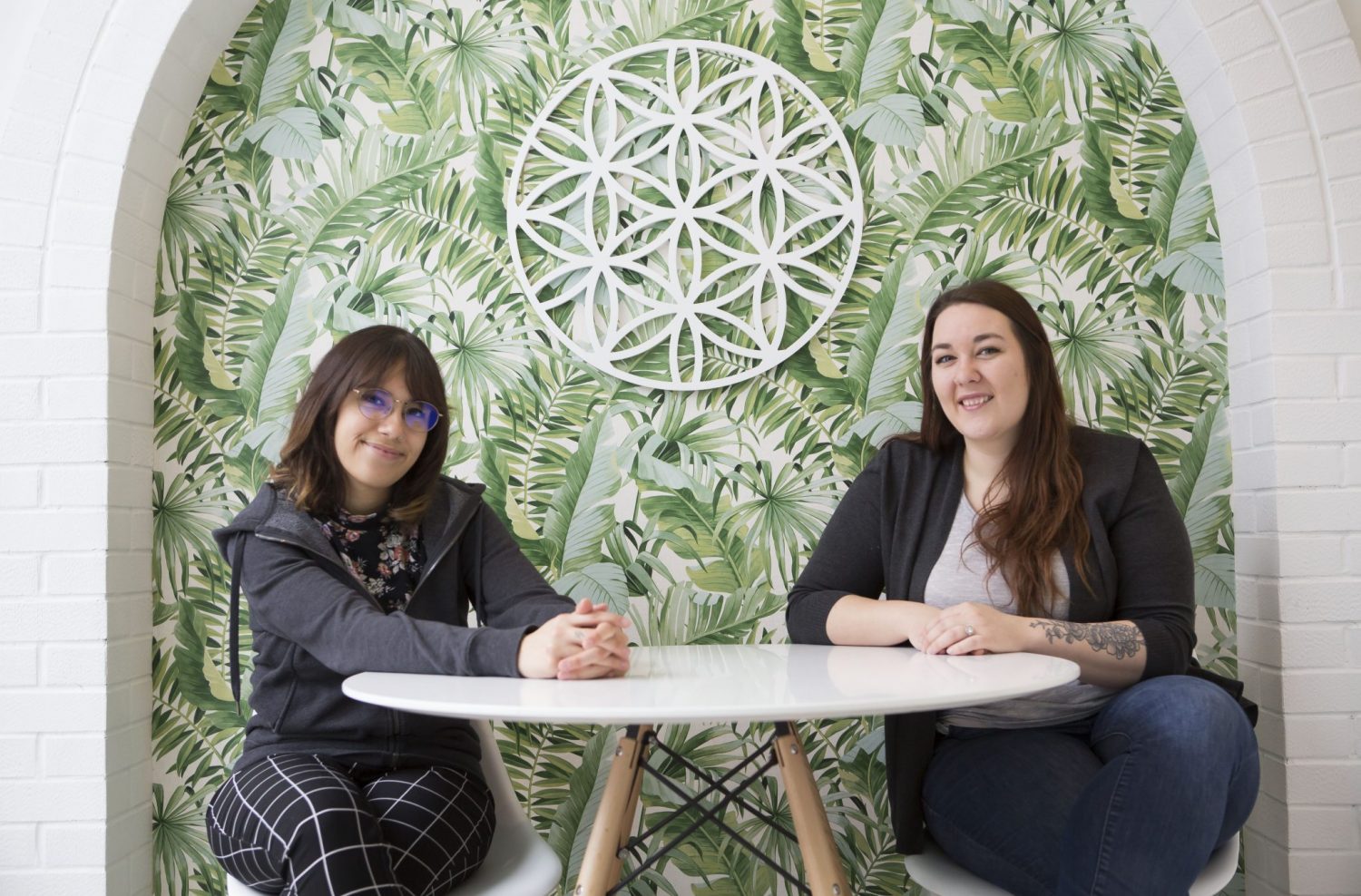 On a snowy day, inside a renovated old building on King Street, everything was quiet, except for the conversation.

“We just decided to stop being quiet about things,” Kate Schlitt admitted.

As the co-founder of Femwaves, an up and coming feminist podcast out of Kitchener-Waterloo, Schlitt and her partner, Wendy Huenul connected over topics traditionally unwelcome in the workplace, or even socially. The two work at Good Vibes Juice Co., where they record the podcast after hours.

“For me,” Huenul explained, “meeting Kate last year was the first time I met someone who had the same views on nutrition, health, hormones, spirituality and social issues. We joked around about starting a podcast to talk about issues we felt weren’t really talked about, but here we are.”

For those who have never heard of Femwaves before, Schlitt and Huenul describe it as a “women’s health and lifestyle” podcast, but they’re not stuck in the gender binary.

“We are open to all female-identified people, who want to share their story. We really want to use this as a platform to let other people talk about their experiences. We recognize that we don’t know everything, but are really committed to inviting that conversation and supporting it,” Schlitt said.

Huenul explained that a lot of the issues female-identified people face are not new issues, but rather societally ingrained over time.

“And we just want to acknowledge [the issues], revisit them, and find out if things are really changing, and what we can do to help,” Schlitt said.

Huenul and Schlitt go on to identify some of their long term podcasts goals.

“It would be really cool if next year we could do an episode on the same topic and recount some of what happened in the year — acknowledging the efforts that have gone in to changing things. Women work really hard and we feel this isn’t always acknowledged,” Huenul said.

Huenul said they had plans for a future episode about domestic violence and already have women interested in sharing their stories.

“We have some guests we’ve been talking to about speaking, but right now, for one of them, the timing isn’t good. She’s going through the courts, and talking to a podcast like us could make things harder for her. We want to be respectful of that,” Huenul said. 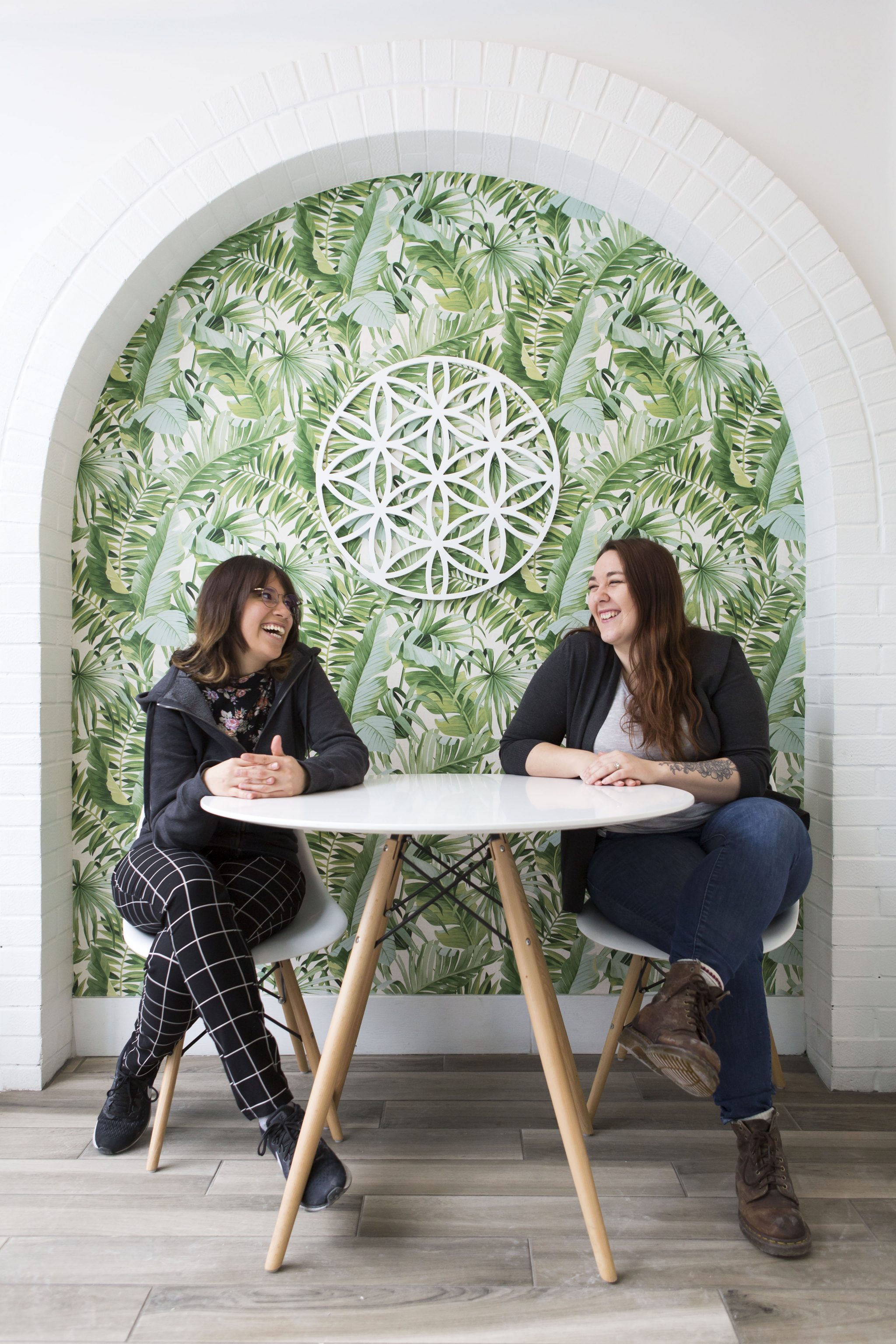 Wendy Huenul (left) and Kate Schlitt (right) are the hosts of Femwaves. Photo by Paige Bush.

In a world that puts an emphasis on balanced journalism, Huenul said that she’s been asked if they will interview male abusers, also, when discussing the topic of domestic violence.

“To be honest, that’s not something I’m comfortable with. I don’t want to give him any more of a voice than he systematically has,” she said.

“We want this to be a safe place for women —” she said, “where their voices and their stories matter. We hope to talk about heavy issues like abortion and birth control. These topics can be really triggering for people, but they’re also things we need to talk about without judgment, stigma or shame.”

Respectively, they come from their own personal places in acknowledging the lack of conversation about mental health and hormone challenges.

“Birth control has had a huge impact on my life,” Schlitt admitted, “and I’m not alone in that.”

of women experience depression, related to their birth control. But they stopped the men’s birth control trials because that rate was too high … But those are identified as “women’s issues,” and “unpopular opinions” when women try to talk about them.”

But Femwaves has a different take. Schlitt said she’s okay with being biased.

“It’s important to us that we make space for people who want to talk about their experiences, give them the floor,” she said.

Huenul laughed and agreed. “Do we have an agenda? Yeah we do. And we aren’t ashamed of it,” she said.

Femwaves is available on Spotify and iTunes. Check it out @femwaves and reach out if you have something you want to talk about.