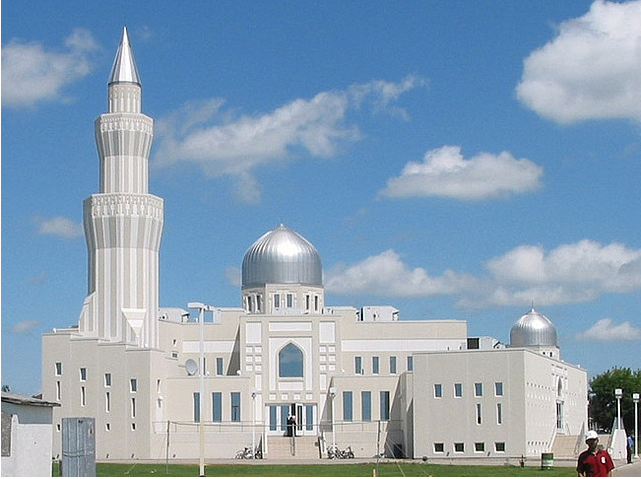 “We Just Have To Show Them Our Hearts”: Islamophobia in WR

Noor* describes November 16 as an unseasonably warm day—a high of 15 degrees Celsius according to Environment Canada—and, pointedly, “the first Monday after Paris.” On that Monday her car windows were rolled down as she sat waiting for the lights to change at the intersection of King and Weber Streets. “When the arrow opened for the cars beside me to go left, I didn’t see the man’s face, I only heard him yell ‘you are a terrorist!’ and go, he was gone,” Noor, who is Syrian, said. “And then the light opened for us to go straight, but I hear a beep! beep! because really I was shocked, and in shock,” she continued, explaining the disorienting moments that followed.

Like Noor, Aisha is Muslim and wears hijab. She is a gregarious college student and lives in north Waterloo with her mother, Amal, who came alone from Somalia twenty years ago. As she recently explained to me, “during my shift at the dollar store I was serving a customer who was Muslim and had a full veil on, only showing her eyes. Behind her was a man who was mumbling to himself, but audibly… When it was the man’s turn he continued mumbling to himself, but in a way that I could obviously hear. And he was saying ‘you terrorist, go back to your country… and he was swearing, and then he had the audacity to say it to me,” says Aisha. She eventually confronted the man, who claimed he did not realize she too was Muslim.

Aisha shared this experience with her district manager, who was sympathetic and recommended she transfer to a different store. But, as she explained, “it wasn’t safe…they wanted me to end my shifts at 10 p.m. downtown, and there’s no parking, and with these hate crimes happening I don’t want to put myself in that position.” She was promised in early November that the company would look into finding her safe work, but never heard back from her supervisor. A friend of Aisha’s who still works at the location “hears racist comments all the time,” she says.

On December 14, Amal was grocery shopping, and couldn’t find any green onions. “I asked the lady, I can’t see any green onions, do you have any more in the back?” She wouldn’t even talk to me, she just shut the door in my face,” she says. A few weeks earlier she cut her hand cleaning her back door window, which according to the police had been shot out with a BB gun. She doesn’t know why, though was visibly, if retroactively, shaken by the incident.

Each of these women bracketed their stories with reassurances that most Canadians are not like this, and that these were new experiences. “These people, now they are scared [of Muslim people], and now that makes us scared,” said Amal. Before Paris, Aisha said, “I guess we didn’t pay mind to it. But now it sticks out more, now it feels like we’re targeted… we are afraid.”

The plural of anecdote, as the saying goes, is not data. And yet, in 2009 Kitchener-Waterloo had the most police-reported hate crimes in Canada. Diverse reporting policies across the country make it hard to assign meaning to that result, and the number has decreased since.

In a two year study ending in 2014, the Coalition of Muslim Women of K-W documented 40 incidents targeting Muslim women, including racial slurs and physical assault. The Coalition’s report also states that only one in 10 such incidents are reported to the police.

According to Ingrid Mattson, professor of Islamic Studies at the University of Western Ontario, it’s essential “to understand that there is racism in Canada.” She was the first female president of the Islamic Society of North America, converted to Islam in 1987, and describes “Islamophobia as a branch off the tree of racism.” Mattson points to the recently released Truth and Reconciliation Commission’s report as evidence “that white superiority is part of the Canadian story.”

As Mattson explained by phone, the TRC makes it “clear that we haven’t dealt with that issue. So when you have a certain pattern or history or culture of racism or cultural superiority I think it’s easily transferred to other communities as well… And so the more we confront our own history of racism, the better it will be for everyone, including Muslims. We [Muslims] should understand that it’s always been a struggle for equality and fairness, and should learn about that struggle, and contribute to it, but we should not see ourselves as exceptional.”

Mattson’s words echo Aisha’s, and Noor’s, and Amal’s, who all agreed on the importance of education about Islam. Through that education, non-Muslims will “learn how we love together, and how our Qur’an promotes peace,” Aisha said. Mattson suggested organizing interfaith community events, carrying out simple acts of kindness on the street, and keeping ready to hand positive examples of accomplished Muslim people.

Nearer to the end of our conversation, while she discussed her frustration with the media’s portrayal of Islam, and tendency to conflate the religion with violence and extremism, Noor shared a story about her eldest son, who is 12 years old. He came home from school one day, and said to her, “I did a good job at school today, mommy. I convinced my classmates that I’m not a terrorist, even though I’m Muslim.”

In the coming months, over 1,000 Syrians will settle in K-W, as refugees forced from home by horrific violence so regularly described in the media. They will need housing, and translators, and good schools. They will also, surely, hope for peace in their new community, and to have left violence behind.

Amal closed our interview with conviction, stating that to build relationships in K-W and abroad, “we [Muslims] just have to show them our hearts.” We must, then, be willing to look and to listen.