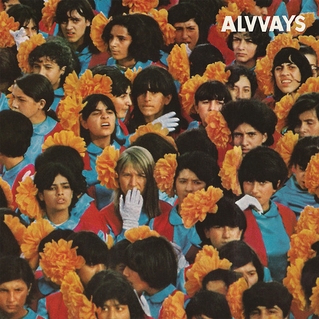 Under the tree, under review

The Community Edition gives a low-down on top albums and books for gifting this holiday season.

Bomb the Music Industry – Vacation
Having called it quits back in January of 2014, Bomb the Music Industry were a tour de force in punk rock for a little less than 10 years. Their final release, Vacation, proves that their efforts towards creating an album that spans as many genres as it does chord changes has finally truly paid off.

While many of Bomb’s albums are difficult to comprehend on first listen, due to the frenetic energy and regular change-ups frequently occurring throughout, this is by far their most polished album. Standout tracks include “Everybody That You Love,” which they shot a video for, and the ballad “The Shit That You Hate.”

This album, unlike most of Bomb’s other efforts, features much more upbeat and hopeful lyrical themes. The final lyrics of the album state,“Take my faults and say ‘okay then,’ And call up everyone I know, before I’m spending time alone,” which truly defines this album in its entirety of being the soundtrack of friendship.

Foo Fighters – Sonic Highways
While purists have been snubbing their nose at the Foo Fighter’s last few efforts, many others feel that they’re truly coming into their own as a band. The latest album Sonic Highways is no exception.

While only eight tracks long, Sonic Highways clocks in at an impressive 42 minutes. Each of the eight tracks were recorded in different studios across the United States and considering he directed last year’s critically acclaimed documentary Sound City, it’s safe to say Dave Grohl knows a thing or two about recording studios.

Music history buffs will appreciate that this album is accompanied with an HBO television series that features a spotlight on each of the eight cities that this album was recorded in – Chicago, Washington, Nashville, Austin, Los Angeles, New Orleans, Seattle and New York.

While maintaining the Foo Fighters’s staple arena rock sound, each of the tracks have a feel that is native to the music that is from the area they were recorded in. This album is a great addition to the collections of the die-hard rock-and-roll dads that we all know and love.

Alvvays – Alvvays
Toronto’s own Alvvays (pronounced Always) put out their rookie effort in a self-titled album earlier this year. When they played the Starlight back in October, they blew the audience away with their high-energy live show.

The album opens with the second single released, “Adult Diversion.” It immediately gives the listener a great sample of the shiny, cutesy low-fi sound that Alvvays offers. There is a heavy Blondie feel to this album and the lead singer is the daughter of John Morris Rankin, of The Rankin Family, so there is a lot of old school influence on this record.

The album, which clocks in at just over half an hour on only nine tracks, is sure to have you dancing from the second it kicks in, to the final eerie track entitled “Red Planet.” The second track, “Archie, Marry Me” is certainly the stand out track from the album. It’s got a chorus melody that you’ll be singing for weeks, and will make you think only of your sweetheart every time you hear it.

For the kid at heart:

In only a few pages, Tan reveals dreamscapes rich with metaphor and imagination — all combined with his stylish beautiful artwork. It’s a book much smarter than its short page count may let on, and it’s one that’ll help rekindle the child in everyone.

For the Game of Thrones fan:

Patrick Rothfuss — The Name of the Wind
While most of the world eagerly awaits the newest Game of Thrones book, there’s another fantasy series gaining popularity that’s managed to sneak by mostly under the radar thus far. The Name of the Wind is the first book in a planned trilogy that introduces the reader to Kvothe, a gifted young man on a quest for revenge against the creatures that murdered his parents.

It’s a story that moves at breakneck speed and builds a unique, captivating world organically, without succumbing to the density Game of Thrones sometimes falls victim too. The second book in the series The Wise Mans Fear is also available.

Sean Michaels — Us Conductors
The Giller Prize is awarded annually to the finest example of Canadian fiction, so it’s a safe bet that the avid reader on your list will be thrilled to receive this year’s winner Us Conductors.

The novel follows Lev Termen, the Russian-born inventor of the Theremin, from his life as a scientist in Leningrad, to a teacher in New York, and ultimately as a spy in Moscow.

Told through a series of flashbacks, Us Conductors is a page-turning story of heartbreak and beauty that’s perfect to lose yourself in on a frigid day.