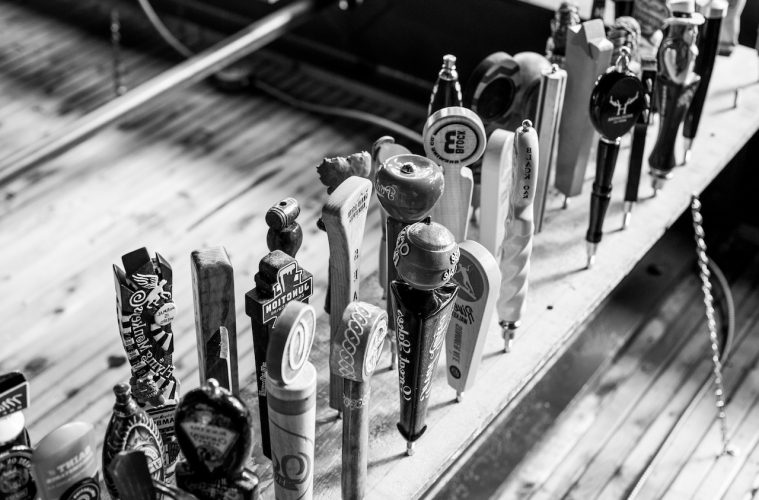 The holidays and alcohol seem to go hand in hand. Sure, you’ve got your seasonal beverages – your rum and eggnogs, your hot toddies – but when it comes to beer, the Community Edition has got your seasonal options covered. Bearface breaks down the top brews to gift, to taste and to share.

To bring to family dinner:

In my opinion, Beau’s Lug Tread is a great choice to bring to a family dinner to share. It has more flavour than your Uncle’s usual American Adjunct Lager (Canadian, Blue, etc), but it’s not so weird that he’ll spit it out when he tries it. Think of it as a gateway craft beer.

To stock when you’re having friends over:

It can be fun to add a “beer tasting” element to a friend gathering. Pick up a few seasonal releases from some craft breweries, or just grab a Best of Beau’s sampler pack. Split the bottles between those interested, and you’ll all get to try a little bit of something new. Don’t forget to have a few sixes of some good standbys on hand, for casual drinking.

To gift to your family member who is interested in checking out some different beers:

Innis & Gunn seems to be a transitional beer for a lot of people as they start opening up to different beers. Right now, the brewery has a mixed four pack, which includes a bottle opener, in the LCBO. Gift it, and help open someone’s eyes to all of the options out there.

To gift to your family member who is a beer enthusiast:

Unless you know their specific tastes, buying a beer enthusiast actual beer can be a tricky prospect. If you find yourself in the United States, or in a distant town with a small brewery that has limited distribution, you might be able to excite them with something they have never had before. Closer to home, I’d suggest checking out the merchandise page on torontobrewing.com. They distribute for many small breweries, and you just might see a shirt, or some glassware, from that brewery that they never shut up about. LCBO gift cards don’t hurt either.

I’ll be selling my own “Drink Beer From Here” Ontario Craft beer shirts and coasters at Stitch ‘n’ Kitsch on Dec. 13. Then I’ll probably be hunkering down with some heavy Stouts, maybe a Wellington Frost Quake or two, and waiting for winter to end.

Beer-gifting pro tip:
The Community Edition makes fanastic wrapping paper. Add some surprise to the not-so-elusive shape of a beer bottle by festooning it with the cover of this newspaper. Tweet photos of your news-wrapped-brews to @CordCommunity.