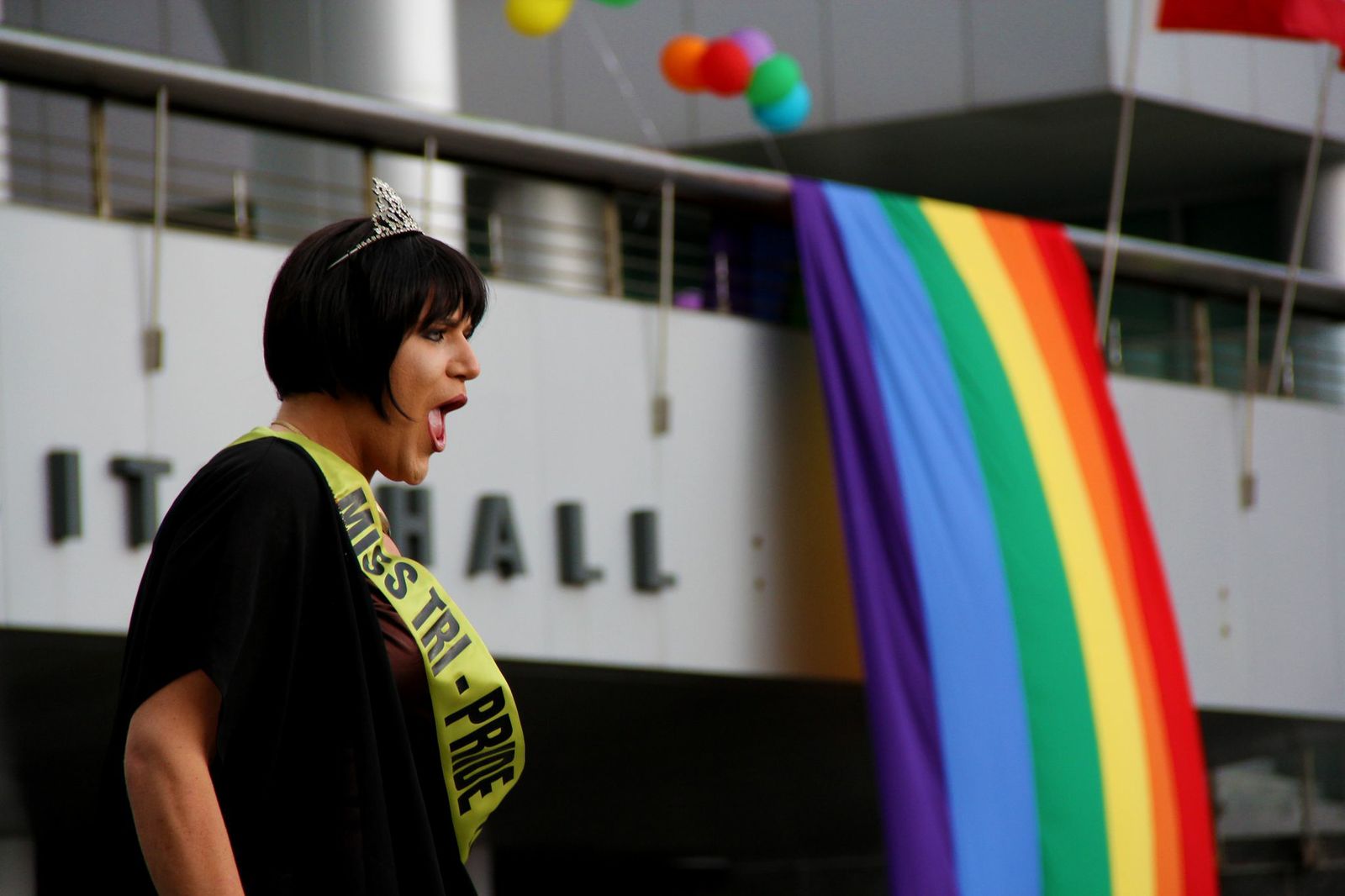 Edging on their 20-year milestone, the 19th annual tri-Pride celebrations kicked off on May 9. With events ranging from bingo, fundraisers, baseball and dance parties, each event has added excitement leading up to Saturday, June 7 – tri-Pride’s live music festival which will be held at Kitchener’s Civic Square.

“This year we have taken the Festival to a new level by extending the hours to run into the evening and bringing in an award winning performer,” said tri-Pride Vice President, Karen Ferguson.

That headlining act is none other than R&B Grammy winner Thelma Houston.

“Thelma was picked because of her support for the LGBTQ community. She is also well-known to the crowds for her hits in the disco era,” said Ferguson.

In addition to the music festival, there will be a variety of events happening in downtown Kitchener.

The Kitchener City Hall rotunda will play host to a massive silent auction with all proceeds going to help the local LGBTQ community.

Kitchener’s council chambers will be screening Rainbow Reflections¬ – a full-length documentary co-produced by The Grand River Rainbow Historical Society, which explores the history of the rainbow community and celebrates inclusion and positive social change progress.

The Skylounge is a licensed lounge overlooking the festivities where visitors can stop in to hear spoken word, local performers, DJs and catch a play by put on by the Modus Vivendi Village Players. Finally, there will be a vendor market, kids zone, food trucks and more along King Street.

While the festival is a great opportunity to celebrate social change and progressive attitudes towards the LGBTQ community in Waterloo Region, its members still face challenges.

“An aging population that requires a support system for their needs, access to proper medical care for the transgender community, bullying in schools,” said Ferguson. “Raising public awareness of any issue, regardless of what section of the community it affects is always a good thing. Without awareness, there is no drive for change.”

“The community has continuously supported the festival over the last 19 years, attendance is up every year. Events leading up to the Festival also have great attendance. The support of the City of Kitchener has allowed the festival to grow exponentially over its history,” she continued. “To my knowledge there has never been an issue from anyone over the festival.”

The 2014 tri-Pride Community Awards will be given out during the live music festival as well. Award categories include:

OUTstanding Individual – an award that recognizes a person who has made contributions to the Region’s LGBTQ community through community service, political activism, and advocacy.

OUTstanding Youth – an award that recognizes a person between the ages of 14 and 24 who has made contributions to the LGBTQ community.

OUTstanding Business – awarded to a local business that stands up for and supports LGBTQ residents through community involvement, positive and fair business practices, progressive attitude and support of LGBTQ initiatives.

“The festival is open to anyone who would like to attend. While it is a Pride celebration, we welcome all members of the community, be they LGBTQ, allies or friends. There is no cost to attend the festival. There are numerous fundraising events prior to the Festival as well as Sponsors who support us that allow us to provide a day full of entertainment at no cost to attendees,” said Ferguson.

The 2014 festival kicks off at 11:45 a.m. in Kitchener’s Civic Square and runs until 11 p.m. Visit http://2014festival.tri-pride.ca/ for a full schedule of events and more information.