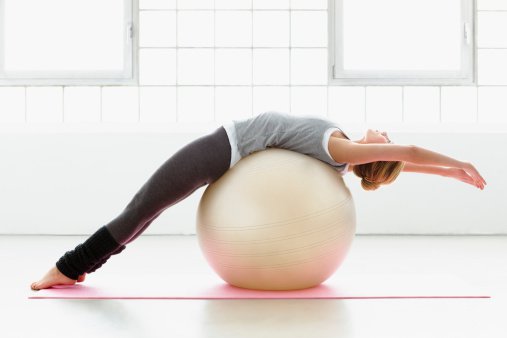 To Kegel or Not to Kegel?

Most people have heard about the magical Kegel exercises, believed to strengthen and tighten the vaginal muscles, allowing them to do mischievous and marvellous things.

I was on board, and so I did Kegel exercises. And then I went to see a pelvic health physiotherapist. Why have you not heard about this person before? Because people do not talk openly about their pelvic health concerns. They are embarrassed or uncomfortable or have been taught not to talk about “down there.”

People see pelvic health physiotherapists for many reasons including incontinence, bowel issues, pain during or following intercourse or orgasm, ejaculation problems, organ prolapse, and pre- and post-pregnancy issues. I was there because of pain associated with endometriosis, and when my appointment started I proudly told my physiotherapist I was doing Kegels.

According to pelvic health physiotherapist and clinic owner of A Body in Motion Rehabilitation, Keri Martin Vrbanac, “Kegel exercises are not for everyone and while they are useful, they are often done incorrectly.” She continued, explaining that “pelvic floor dysfunctions can be caused by weak pelvic floor muscles or tight pelvic floor muscles.”

With already existing tight pelvic floor muscles, Kegels, which are used to tighten, may potentially do more harm than good. Your pelvic floor muscles need to contract to maintain control of your bladder and relax to allow for urination, bowel movements and sexual function.”

Pelvic health physiotherapy has been successful in European countries for decades and is becoming increasingly common elsewhere. It has the ability to improve a person’s life significantly, especially if the stigma of talking about our pelvic health concerns is decreased.

So talk about peeing when you cough, talk about pain during sex, talk about the number of stitches you had to get after giving birth. Awareness of these issues, and how common they are, is the first step in alleviating them. Don’t be embarrassed, be proud of your body and all its unique workings.

And in case you are wondering, I have been told my pelvic floor muscles are fabulous.