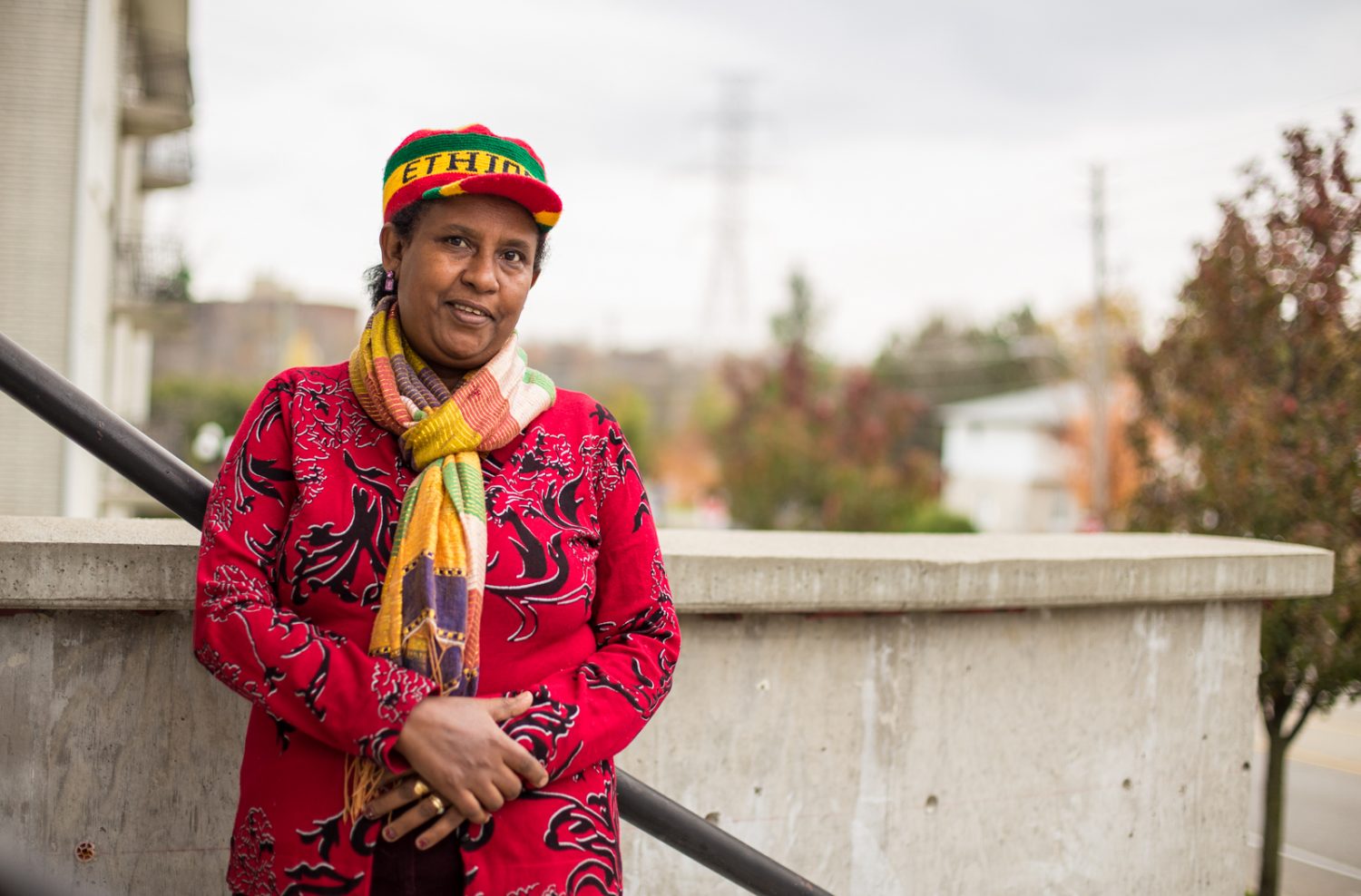 If Streets Could Talk: Sunnydale and the Lakeshores

In north Waterloo, a couple of blocks from mock Tudor two-storey homes, with timber-framed facades and pools visible on Google Maps, Mamaye Yimegnuhal lives with her two children and her husband, who is blind. They have lived together, in subsidized housing in the Sunnydale neighbourhood, since 1991.

“It’s feeling like being in my own country again,” she says, describing the joy of making friends in computer classes, cooking lessons, sewing circles and other group events at the Sunnydale Community Centre. In a way, much of her life revolves around it.

Initially, the move to north Waterloo was a shock for Mamaye. Her husband arrived first. Mamaye and their young daughter soon followed. 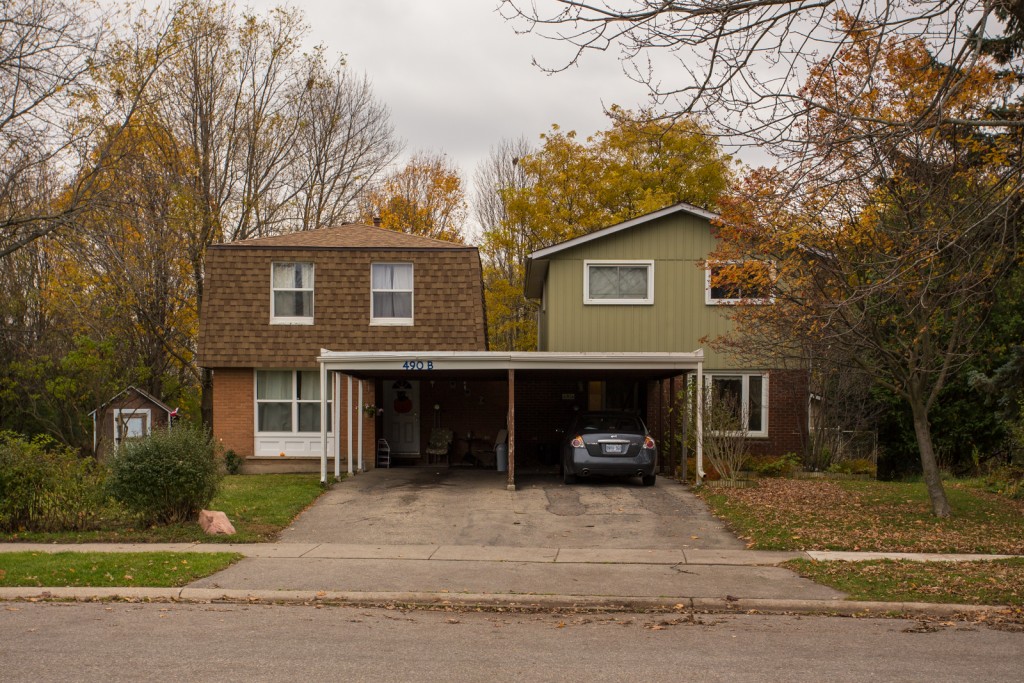 “It was hard to believe, being apart from your family and your country. We arrived here at nighttime, and in the morning when I got up to open the door my husband said ‘don’t open the door. It’s not like Ethiopia, here.’”

Uncertain about more than the cold weather, Mamaye did not join group activities right away, but eventually sought nutritional aid at the Centre during a pregnancy.

Leaning across the kitchen table in the front room at the Centre, she now speaks of the area with warmth and fondness. Among the core group of rent-subsidized townhouses near the community centre, she says, “Every door is open, everyone knows each other, and families are growing up together.” 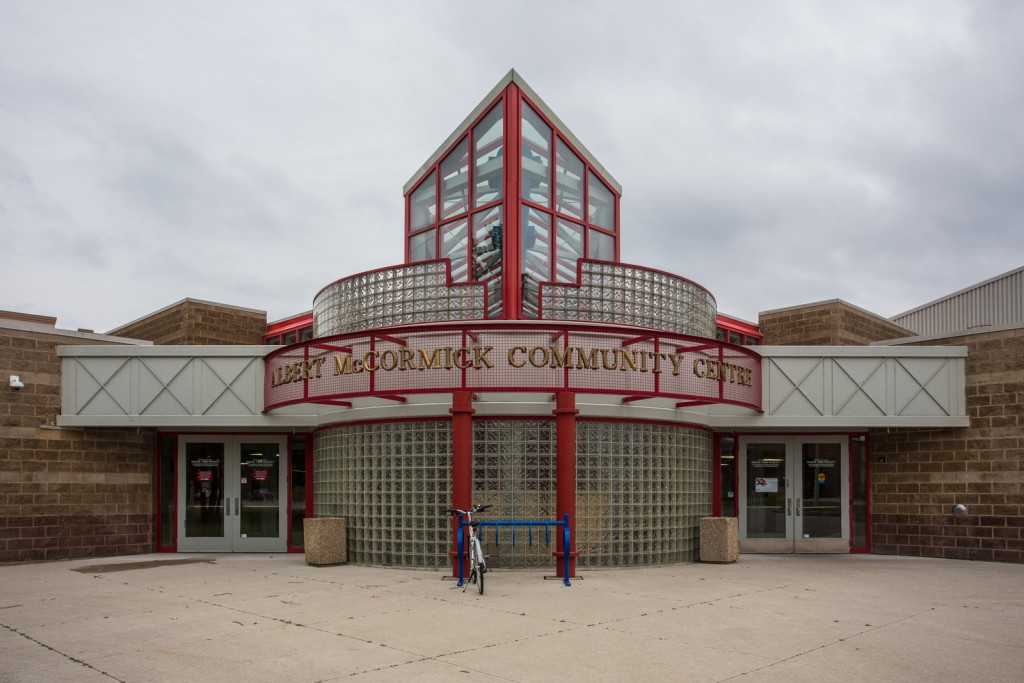 Mamaye volunteers to help other families, too. She spends many mornings at nearby Cedarbrae Public School, assisting with their breakfast program for students who come to school with empty bellies. She signed up when her own kids were at Cedarbrae, and just stayed on. For nine years, Mamaye has been making sure other young students receive nourishment from three of the four food groups before the first bell rings for class.

One of the supports Mamaye is most grateful for is funding for summer camps. When asked how her children like Sunnydale and the surrounding area, she mentions camp as a prime example of what works so well in this community.

“Otherwise [they couldn’t go]. I couldn’t afford to spend that much money.” Not only is it a fun way to fill the days with activities, but it provides a much-cherished sense of belonging, she says. “They want to go with other students, with playmates from school.” 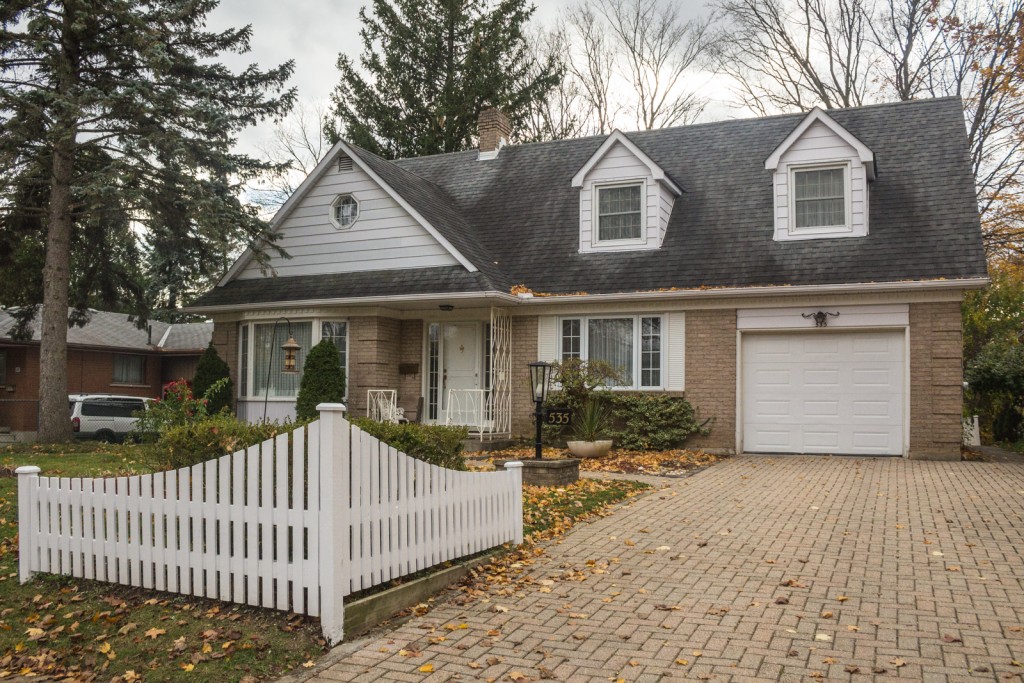 Laurie Strome agrees that the sense of belonging is what makes this community so solid and comfortable. Even when initial meetings are awkward.

“If you don’t speak English, how do you speak to your neighbours?” says Strome, Chair of the Sunnydale Community Association. ESL helps. Shared food is often the bridge that brings people together.

House of Friendship’s Thursday food distribution program is set up like a market, when weather allows. “Neighbours all come together. Seeing each other week after week—they’re not a stranger anymore,” Strome says, raising her hands in a triumphant “ta-da!”

Strome also talks of swapping holiday treats. She enjoys samosas from a neighbour at Eid and bakes cookies to share in return, at Christmas. Simple gestures in small packages, but when the crumbs are gone, the friendly acknowledgement and acceptance linger.

Creating space for those moments of welcome and exchange are what the Community Association and House of Friendship—partners in the Centre—are all about.

Strome recalls travelling all over, to Kitchener and to Cambridge, to learn how to land a dedicated space for community activities.

The Sunnydale Community Association partnered with House of Friendship and gained City permission to use a three-bedroom townhouse, which they quickly outgrew. 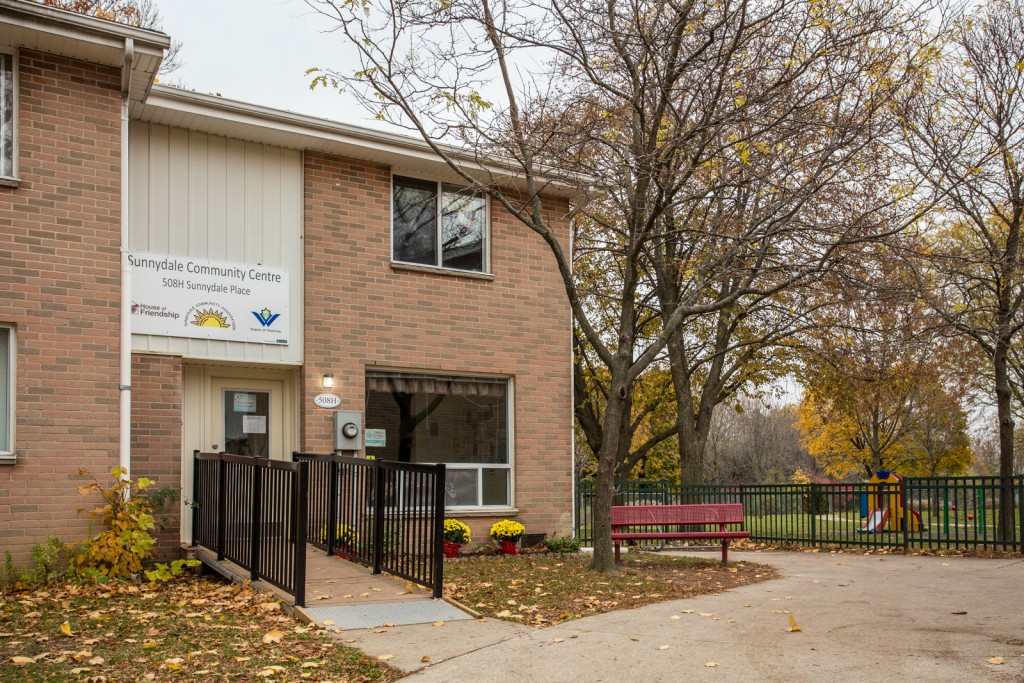 Today the Centre operates in a five bedroom townhouse, converted to suit their needs. The layout now includes, for example, a large meeting and classroom space, a play room, a computer lab, staff offices, and a cozy downstairs, styled like a rec room with couches and storage and games.

On the walls are endearing vintage posters like you might find in a guidance counsellor’s office. A DIVERSITY acrostic poem: Different Individuals Valuing Everyone Regardless of Skin (colour), Intellect, Talent, or Years. Sweet poems about good parenting appear near the play room. The double-sized bulletin board wall is overflowing with events, and more handbills than a punk show.

However, the volume of assistance still doesn’t always match the needs of the community.

Sunnydale is one of only three Waterloo Region outreach service locations in the city. They have the highest number of “contacts,” the number of people who ask for assistance from a Family Outreach Worker. Kitchener, by contrast, has 14 locations. 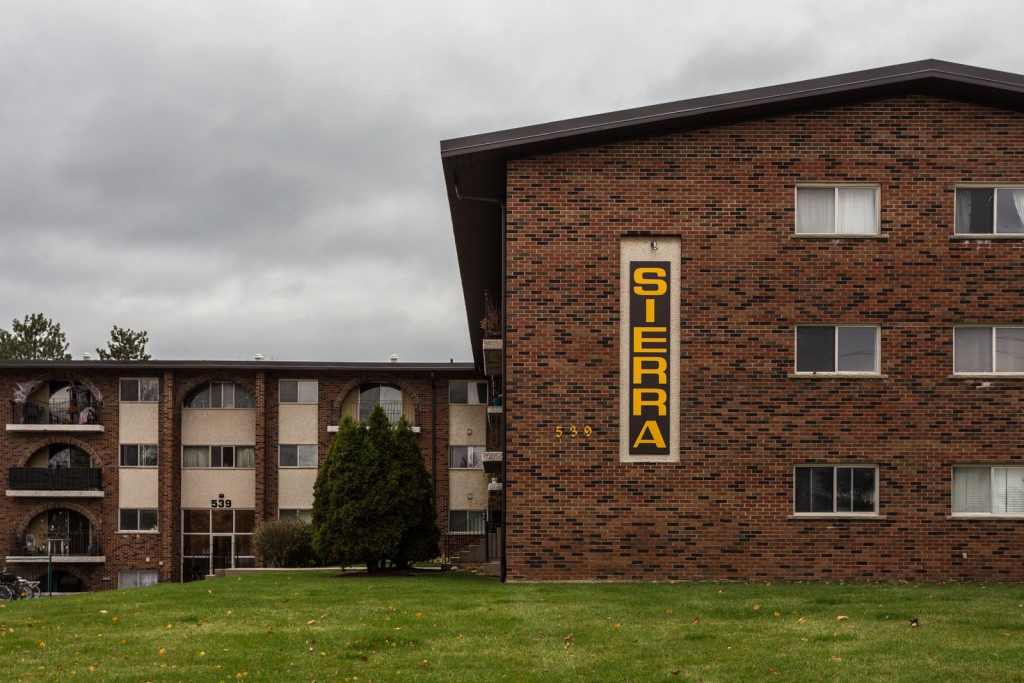 Like layers of an onion, Lakeshore North and Lakeshore East wrap around Sunnydale. Primary schools in the three neighbourhoods report having students of more than 30 nationalities. Families in this part of Waterloo have emigrated from Somalia, Sudan, Ethiopia, Iran, Syria, Laos, China, Vietnam and Lebanon. Many of these new Canadians are young mothers without partners.

Like Sunnydale, the Lakeshore neighbourhoods are home to a number of partner charities, churches, and non-profit organizations.

Life Change Adventures (LCA) is one such organization, and does local and international work. Jeremy Horne is the founder, and expresses hope that LCA can help families with programs such as “Running & Reading.” The weekly after-school program emphasizes the fun of athletic recreation, which “helps kids develop a greater sense of fitness, self-worth, and success. That confidence translates into other areas,” he says, including academic performance.

Mamaye is glad to have something after school for her adolescent son. As much as she loves her neighbourhood, she concedes to sometimes worrying about boredom and wandering. “You never know who else is around.” 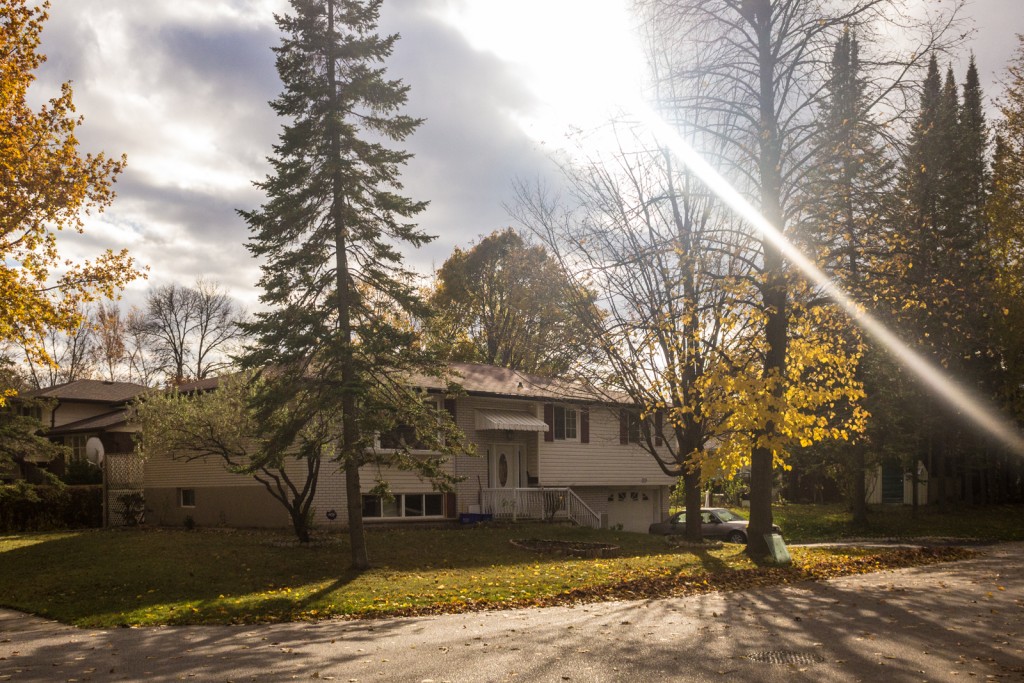 Word spreads quickly in an interconnected community like this. When I stood to read the double-wide bulletin boards covered in flyers for local programs and support services, Mamaye reached behind her to tap a blue paper that says “WINTER COATS” at the top.

“I’m telling everyone, especially parents” she says. “I’ll go and get free coats for my children. This way I can invest in better boots for them.” The most difficult decisions and limitations get easier with people like Mamaye taking an interest in those around her. 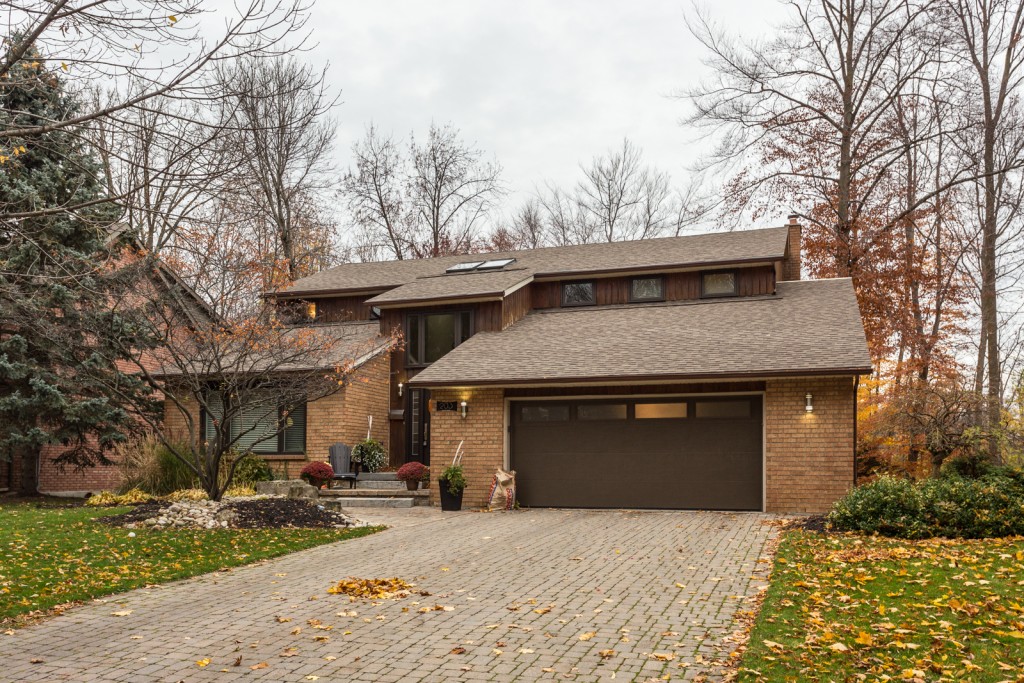 In early November, the Community Centre welcomes The Coalition for Muslim Women. Together they will delve into Ontario’s new sexual education curriculum, to foster an open, comfortable discussion of exactly what is, and is not included in the curriculum. One hoped-for outcome is that parents with religious accommodation concerns won’t feel obligated to pull young students from their classrooms for days at a time when reproductive health and sexual relationships are in the lesson plans.

Residents and partner organizations in Sunnydale and the Lakeshores have also cobbled together ad-hoc workshops on substance abuse. They’ve fundraised together to build a new park on Albert Street. They sew reusable feminine hygiene pads for low-income women who would otherwise be unable to attend school. Now, they’re on to gathering winter pyjamas for more than 150 local children.

“Together. We do everything together. We care about each other,” says Mamaye.