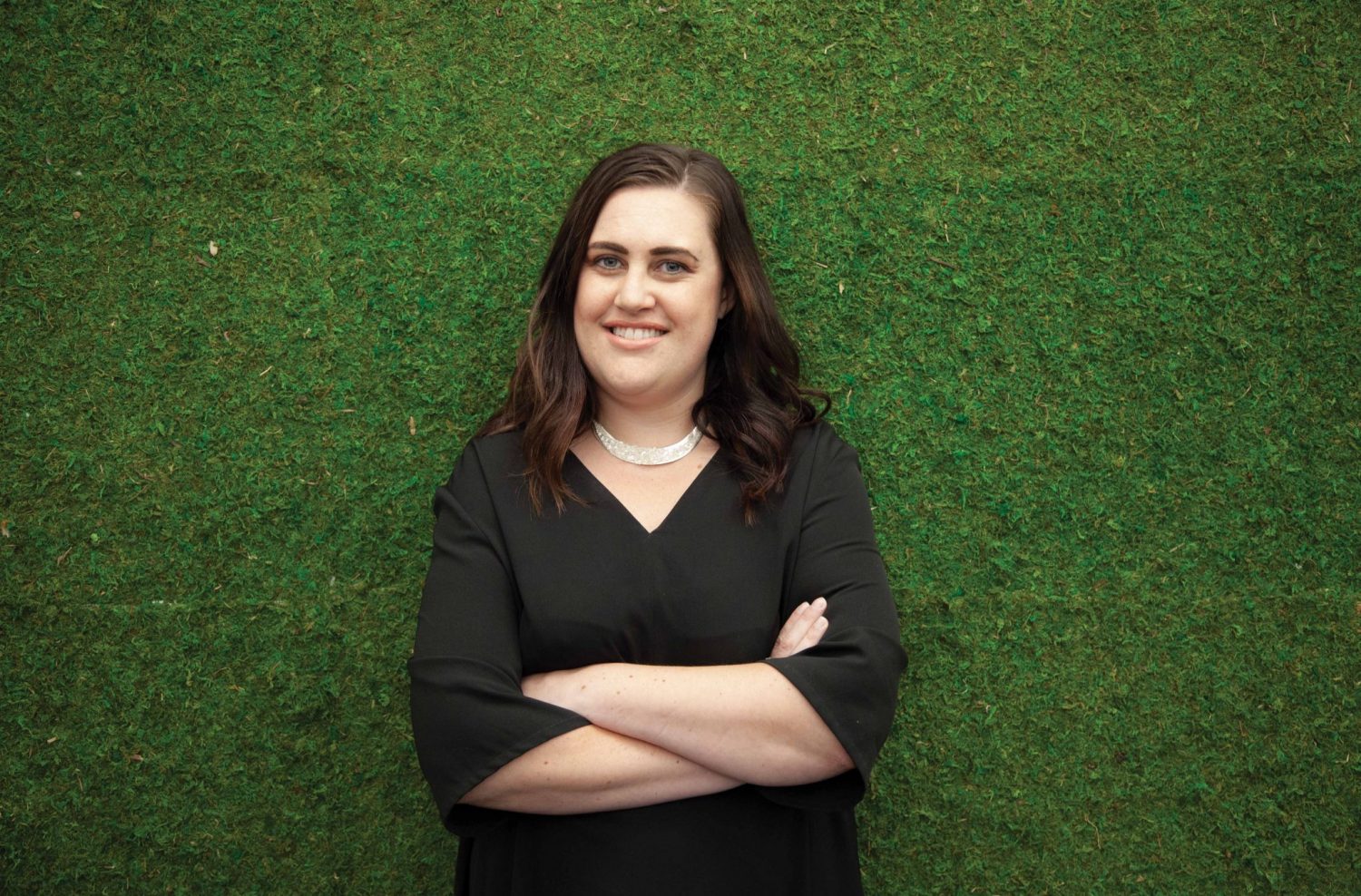 The Side Hustle: Sarah Healey and Luxe.Zen

In just over two years, Sarah Healey has transformed a fledgling hobby in custom jewelry design into a thriving brand with customers around the world. During the day, you will find Healey at local startup MappedIn, where she works as a Technical Project Manager. Off hours, you will find her in her studio, producing one-of-a-kind gemstone goods to stock her latest collection for her side hustle luxe.zen.

Originally from Wingham, Ontario, Healey moved to Waterloo Region to study arts and business at the University of Waterloo. She landed a job in human resources with Manulife after she graduated.

“I kind of realized I wasn’t happy in what I was doing,” she said about her five years at Manulife. “I knew that I liked the human interactions of my role, but I found it restrictive in other ways.”

During this period of career questioning, Healey became ill and was forced to take time off work. Wanting to find something new to occupy a schedule lacking structure, she began to apprentice with a local jewelry designer. If not for her time off, she believes luxe.zen would not have been born.

“I’m not good at doing nothing and so when I was sick I needed something to keep my brain occupied and to make me feel like I had a purpose and an end goal,” she said.

“So I started making jewelry again because I was really interested in learning more about gemstones.”

Healey said that she felt very disempowered after becoming sick and having to go through the insurance process and see a lot of doctors.

“I was just being told to take this medication and fill out this form. There was not a lot of room for me to have much of a say,” she said.

Having different gemstones to wear and to symbolize something for her on this journey of healing meant a lot.

Healey says it means a lot for her customers as well.

“I know so much of their story because they tell me that they, themselves, or their friend are going through this thing and they ask what I would recommend,” Healey said.

“And in that instance, I can say, for example, ‘I think aquamarine would be great for that and here’s why.’ ”

If you’re wondering, aquamarine supports both calm and courage.

“There’s a lot of lore about specific gemstones,” Healey explained. “A lot of it is rooted in history of various cultures and why they prized a particular stone. For example, the ancient Egyptians prized lapis lazuli because it was mined in Egypt and they used it as a gem for kings, they ground it up and used it as eyeshadow.”

While Healey noted that not everyone believes in the benefits of gemstones, for her, the real benefit comes from the positive thinking associated with the narrative story we attach to a piece.

Next January, Healey is taking silver smithing courses with the goal of beginning to fabricate her own metal components. This will allow her to do custom fittings.

“I like being able to bring the designs in my head to life, and I need those skills to be able to do that, because I would like to start working with solid gold and starting to do more fine jewelry, like higher-end engagement rings and wedding bands,” she said.

Healey also has other grand ambitions for the future.

“My big hairy audacious goal is to retire my husband and myself to Vancouver Island,” she said.

Because most of her sales are online, Healey explained that she could operate luxe.zen from practically anywhere.

Given that luxe.zen officially opened for business in March 2016, Healey is shocked at how quickly her once-casual side hustle has taken off.

“It’s kind of crazy to think about the fact that I’m a technical project manager and I’m handling high profile implementations for my company and then I’m going home and potentially spending half that amount of time making jewelry but still making more money than I am in my 40 hour a week job some months,” she said.