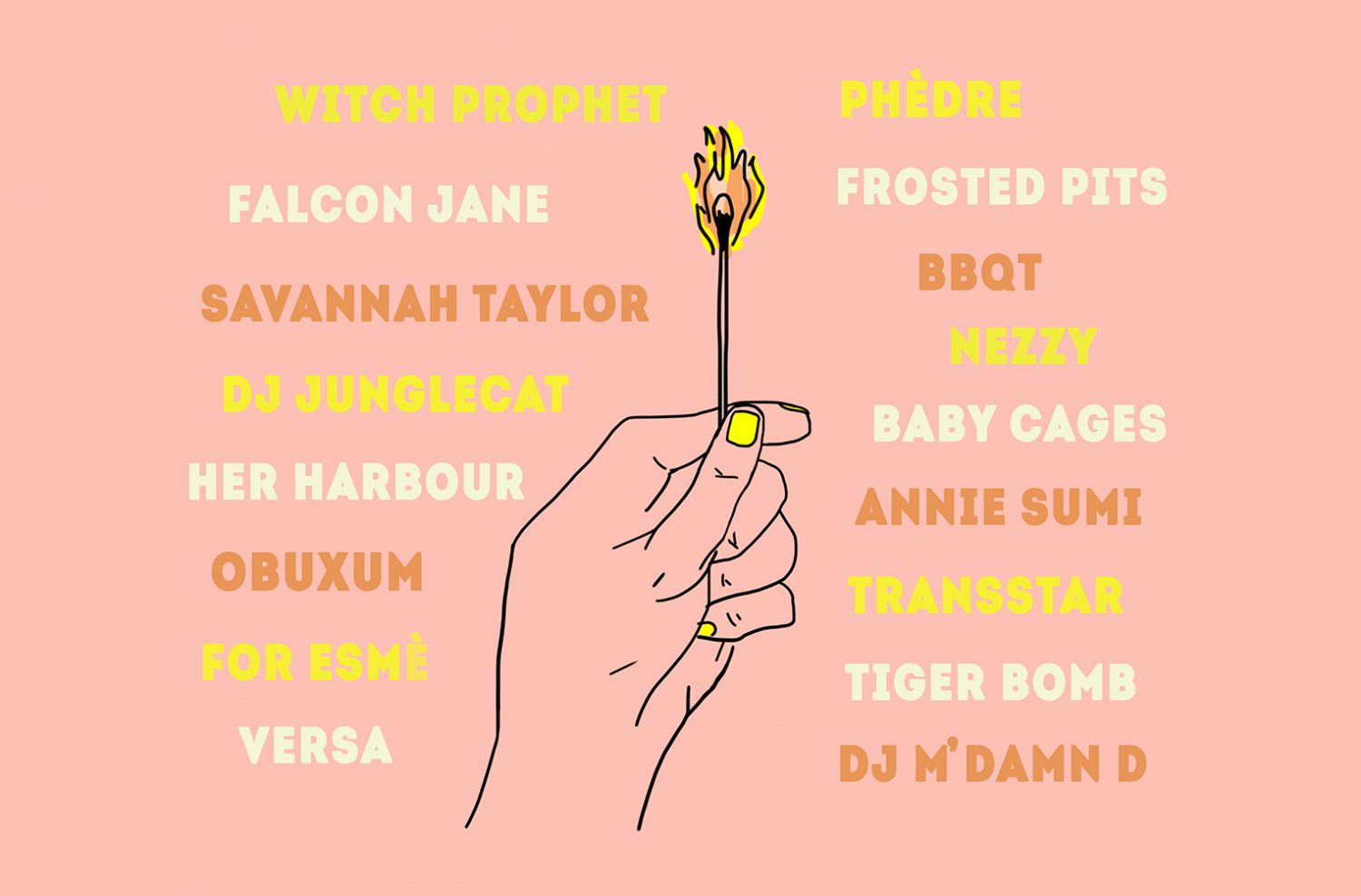 This year, a new music festival will be hitting the streets of downtown Guelph. Spearheaded by Guelph-based musicians Charlotte Moore and Alanna Gurr, Holy Smokes Music Festival is creating space for female-identifying and non-binary musicians by putting them in centre stage.

“We’re both women-identifying musicians within the Guelph community. We saw a need for this type of festival in Guelph, as well as in the music industry as a whole,” Moore said.

“We really felt like we wanted women and non-binary musicians to be more well represented.”

Holy Smokes Music Festival will begin on the night of Friday, Oct. 12, and continue throughout the day on Saturday, Oct. 13, wrapping up that evening. The Friday and Saturday night shows will be ticketed, taking place at The Common Cafe, while the daytime shows on the Saturday will be taking place in various retail locations around downtown Guelph. Those shows will be free, or pay-what-you-can.

In January, Moore and Gurr decided to make the dream of creating an all-female and non-binary festival a reality. They started by securing sponsorship with the downtown business association in Guelph, as well as Hillside Festival.

“They were on board from the get-go, and we’re really lucky that we’ve gotten so many great sponsors,” Moore said.

Next, they put out a call for submissions. They received about 50 to 60 applications — more than they thought they would.

Moore explained that curating the lineup was probably the biggest learning curve. They wanted a wide range of genres present, while also ensuring that the acts complimented each other.

“It’s a pretty holistic approach, because it’s not just musicians that are underrepresented from those demographics, it’s really everyone in the music industry,” Moore said.

After the first night, which will be headlined by BBQT and co-presented by Toque magazine, there will be a comedy show at the Making Box. All the comics will also be female-identifying or non-binary people. Additionally, after the Saturday night show which is headlined by Phèdre and co-presented by Hillside, the after-party will act as a fundraiser for Girls Rock Camp in Guelph.

Ultimately, Moore cited that the need for a festival like Holy Smokes came from Keychange, an international initiative that music festivals can pledge to maintain a 50:50 gender balance by 2022.

“There were bigger festivals that didn’t pledge. They didn’t get into it,” Moore said.

“So that was a bit frustrating for us, and also from our own experiences of just being from this specific demographic that we want represented, [and] just wanting to create that space for others who might feel the same way that we do. We just think it’s important for people who feel underrepresented to have representation.”

But, promoting representation in the music industry can occur at a consumer level, too, by being more selective when buying the ticket or the CD.

“From a patron/visitor perspective — support the booker or people who are responsible in that aspect,” Moore added.

“Support the festivals that do want to be involved in [Keychange]. Support lineups that you see that do have people in those demographics in them. If we make that the standard, then the industry will just have to change.”