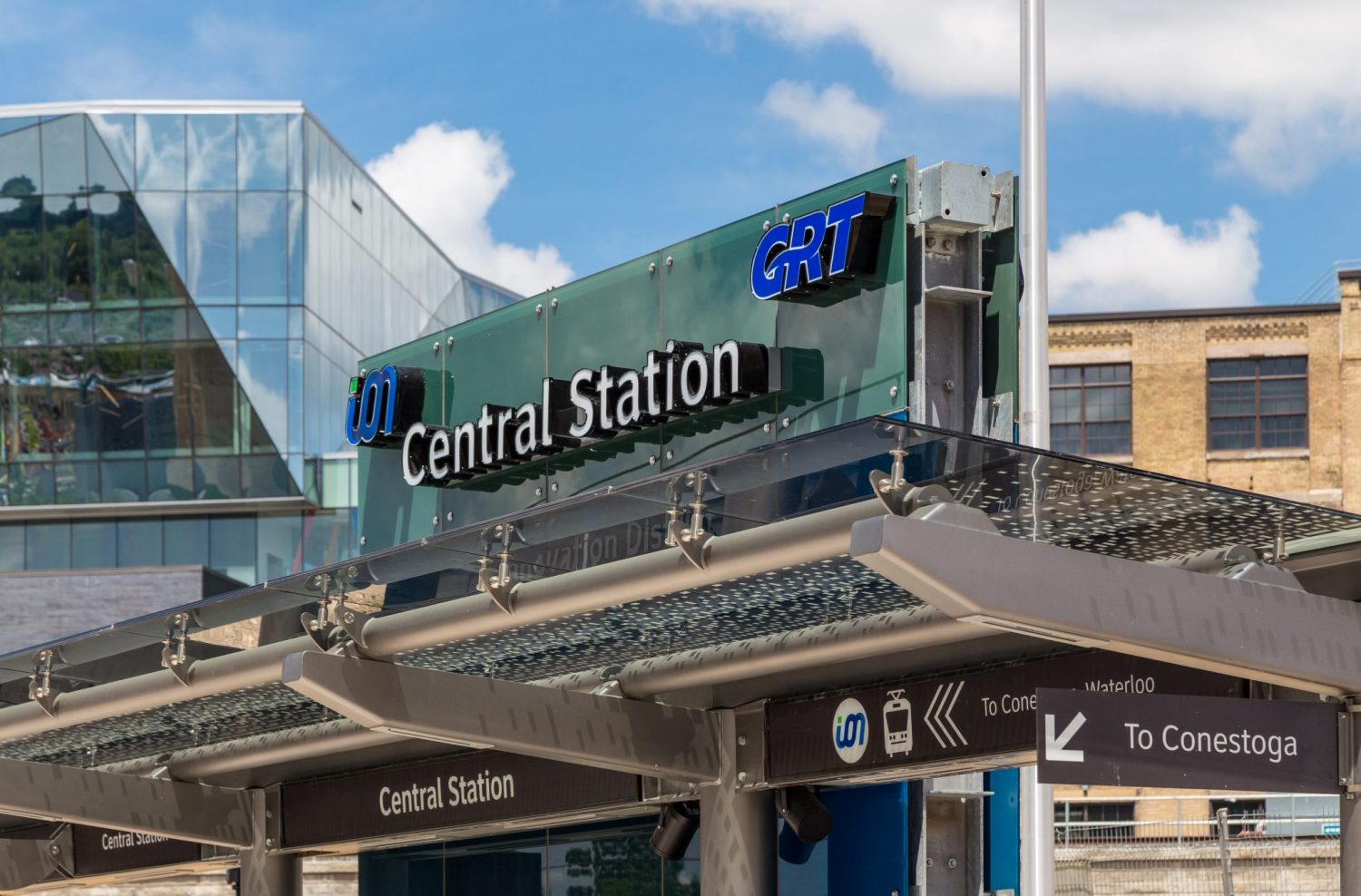 The End of One Thing, The Beginning of Another

Marta swayed in her seat as the ION jolted along its track. A half-century of wear could be heard in every squeal and judder the old train gave forth, but to Marta they were the sounds of a trusty friend. As the train pulled up to Queen Street, she rose and disembarked with a half-dozen others into the cool summer night.

She set out at a brisk walk, awareness and confidence in her every step. Under the massive old chestnut trees that lined the sidewalk, the soft glow of familiar porch lights illuminated her path. Over the Parkade Gardens, a full moon was rising. This was her town, and she was nearly home.

She floated up the six steps to the front door of her house, third in the row after Eby Street. As she set her hand upon the latch she froze, for it was unlocked. Which meant that either Faizal was still awake, or…

Inside, it was dark, but her hand easily found the haft of a long-handled spade leaning upright in the entranceway. In two silent steps she was up a half-level into the sitting room, and as she pivoted she heard a chair scrape against the kitchen floor another half-flight above her.

A second passed, and then she managed to utter, “Robert?”

Marta let loose a long breath, along with a choice expression she saved for moments like this. She set the spade down and climbed the steps to the kitchen.

“What are you doing here? Is Ali asleep?”

“Too long.” Marta stepped forward, and they embraced. Then, holding him at arm’s length, she continued in an urgent whisper. “Did Faizal let you in? I could have killed you! I could still kill you!”

“Yes, I’m sorry. Faizal was quite the gracious host.” Robert motioned at the kitchen table, where a small heap of na’an and hummus and dinosaur-shaped cookies could be dimly seen. “I said I’d wait up for you, and I didn’t want to waste one of your candles…I must have fallen asleep here at the table.” He ran his fingers through his hair. “Again, sorry. I could have gone to Mom and Dad’s, but…I’ll tell you about it. Are you hungry?”

“Starved,” said Marta as they sat. “The lecture was top-notch, and a few of us went for pints afterward. Pass me a triceratops, will you?” She lit the candle standing unused on the table, and watched her older brother’s face waver into view: unshaved, tired from his journey, and — to her shock —slightly graying at the temples.

“We lost our funding,” Robert said without preamble. “Department of Defense said it couldn’t be justified any more. ‘The age of cyber-warfare is over,’ they said, and down came the axe.” His hand made a slow-motion arc toward the tabletop in illustration.

“Can’t say that strikes me as bad news exactly,” said Marta through a mouthful of crumbs.

“True enough,” said Robert with a wry smile, “but that’s the only field in computer science that’s seen any actual innovation for the last 10 or 15 years, and only in the States, China, India, places that still have systems worth protecting. Hence my long sojourn south of the border.”

“And now?” Marta asked, reaching for the hummus and na’an.

“Now it’s peacetime. And everyone knows the next war will be fought using radios, couriers, even carrier-pigeons — anything that can’t be hacked or disabled by a targeted power surge, like we learned the hard way last time around.” Marta swallowed and said nothing.

“As for the commercial applications,” Robert continued, “that’s been a dead dream for even longer. Investors won’t buy into anything digital when the manufacture of each component takes—”

“—Ten times its weight in fossil fuels,” Marta cut in, finishing his thought. “Not to mention what it takes to power the thing throughout its working life.”

“Right. No one has that kind of money. And solar and wind are no replacement for the amount of juice we used to get from a barrel of oil. I know some of the guys who’ve been trying. For decades, some of them.” They both sat silently for a few moments.

“So this is it?” Marta asked at last.

Marta chewed on that for a few moments. “Mom and Dad used to tell stories from when they were growing up, about the downtown tech boom — you remember?” He nodded. “They made computers do this, that and anything you could think of. For a while it looked like tech was the economic miracle Kitchener had been waiting for. All heavily fertilized with subsidies and venture capital, of course.”

Robert shifted in his seat, but said nothing.

“Then most of the regular jobs disappeared,” Marta continued. “You know, work you didn’t need a fancy degree for — and then fuel prices started going haywire. Crazy ups and downs every few years. But they just kept shoveling subsidies at the tech sector, churning out stuff that no one could afford any more. By the time we were born it was mostly over. The bubble hadn’t popped, exactly…it had been slowly deflating for years. But it was hard for people here to give up the dream.”

“It was more than a dream,” Robert interjected. “I know, I know, we’ve had this argument since we were kids. You always wanted to be a farmer and I always wanted to be a programmer. But it was more than just gadgets, Marta. It was an architecture of the mind. We were building quantum cathedrals!” He heaved a sigh and folded his hands on the table. “And now I’m 37, without a job, and everything I know is useless.”

Marta felt herself stiffen, wanting to comfort him, but feeling the old argument stirring in her despite herself. “So you came back here instead of landing at Mom and Dad’s,” she said carefully, but the words still came out sounding wrong.

“Right. They told me from the start that coding was a pipe dream.” He shrugged. “They were right.”

Marta didn’t know what to say. Her big brother, the know-it-all, sitting at her kitchen table and confessing weakness to her. Not asking for her help, but needing it nonetheless.

“Well,” she said at last, “I’m glad you’re home. How about a toast? We’ve got some dandelion wine here somewhere…”

“Sounds perfect,” said Robert. They poured the glasses and raised them in the candle’s soft glow. “To the end of the computer age,” Robert said.

“To the end,” she echoed, “and to the start of something new.” They clinked and drank.

“And what about your work?” Robert asked after a pause. “Growing lots these days?”

“It’s as busy as ever,” Marta said, nodding. “I’m at the Parkade Gardens now, almost across the street from here. I have 12 interns under me every season — 12 kids learning to grow food from scratch. Those skills are a step for them toward employment, self-employment, or just feeding themselves and their families.”

“Just!” Robert exclaimed. “I can’t think of anything more useful.”

Marta grinned. “You could say. Can you believe they used to park cars there? And now that land feeds people. Apparently this neighbourhood, most of Charles Street, actually, used to be kind of rough. That was before the subsidies started getting redirected toward projects like the Young Farmers’ Guild. There’s lots of work now, and lots of reasons downtown is thriving, instead of just one.”

“Sounds like a lot is changing for the better around here.”

“Oh Robert,” she said leaning, forward. “There’s so much to look forward to.”

They talked about that, late into the night.