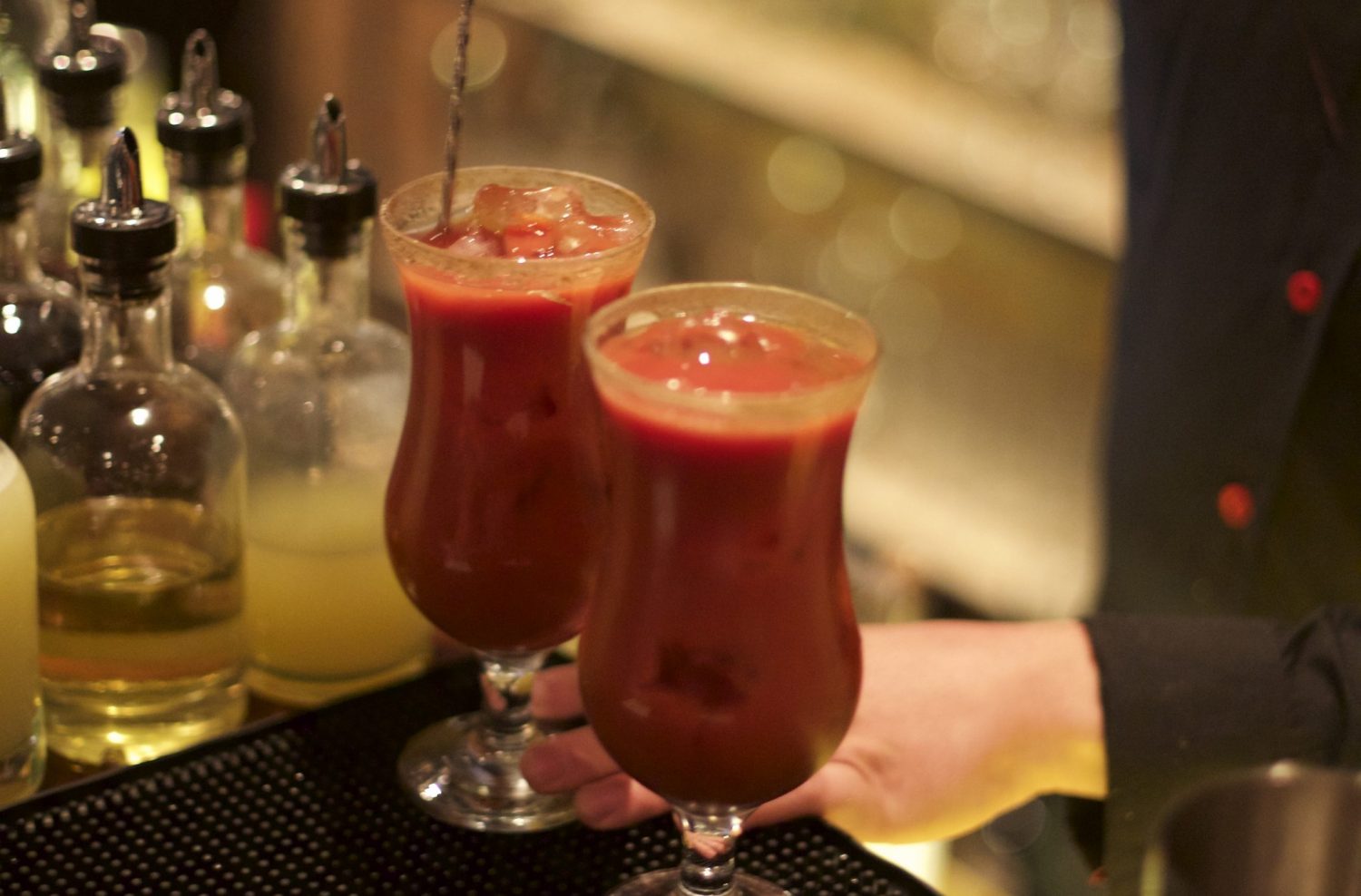 All Hail the Caesar: A KW Quest

Logically, the caesar is the most bizarre alcoholic beverage. It abandons the fruity or sweet popularity that most cocktails have. The alcohol isn’t aggressively present, instead hidden under layers of acidic clam-tomato juice and spicy tabasco. The fact that people go bananas over drinking a mixture of tomato, alcohol, and spice is weird, but let’s face it — when alcohol is present, logic tends not to be.

My good friend and fellow TCE writer, Meghan Roach and I often bond over our love of the caesar. We agree that, as one of the few drinks that can be made so differently each time, and often comes with a substantial snack (or “garnish” to use the technical term), the caesar must be, and will be, praised and celebrated.

We let ourselves loose in the streets of uptown Waterloo and downtown Kitchener with nothing more than a notebook, a camera, and the goal to drink as many caesars as we could at popular establishments to bring you the best of KW caesars.

Please note that Meghan and I are by no means drink connoisseurs, and the later half of our research was done under the influence of several caesars each. We ensure that this did not impact our ability to drink from a straw and have meaningful discussions about each stop.

The caesars at Boathouse are exactly what you would expect when ordering a caesar. There were no surprises and no disappointments. I would definitely describe Boathouse’s version as the “average” caesar. We recommend they up their caesar game by adding more than just olives as their garnish. For our first stop of the night, we definitely wanted a bigger snack. 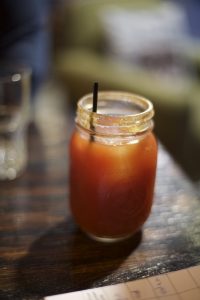 The caesar at B was by far the most disappointing. It tasted watered down with only a lemon as a garnish. It wasn’t spicy or flavourful. Instead, as Meghan observed, it tasted like watered-down SpaghettiOs. The only positive marks this drink gets is the trendy mason jar they present it in. Other than that, the caesar at B sets you up for nothing more than a broken heart.

The caesar at Ethel’s is comparable to the one at Boathouse. It was an average caesar with no surprises or disappointments. Ethel’s puts a pickled asparagus in, which is a great alternative to traditional olives. They serve it in a pint glass, so you get a big drink for an average price. Ethel’s servers always ask what level of spice you’d like in your Caesar to suit your spice tolerance. Thumbs up. 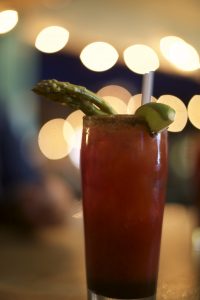 Proof was an unexpected win in our books. Their caesar had cool ranch Dorito’s as a garnish! The only downside to this was the last few Dorito’s became soggy from sitting in the drink. The rimmer was unique and delicious; we suspect that there are actual crushed up Doritos in there. The size was average for the price, which was surprising considering Proof’s “high end” vibe.

Beertown’s caesars were some of the more unique ones we encountered on our tour. I (Beth) ordered the Cartel Caesar while Meghan ordered the Beertown Caesar. Both were mixed with beer. The combination of Walter’s caesar mix and beer conjured a strange sensation that was definitely unusual for a caesar. Mine was mixed with Millstreet Organic and tequila, which was bizarre but I’d have to say it was a great drink to set the stage for a night of drunken debauchery. I felt very warm post beverage. Meghan’s was with vodka and Steamwhistle, which wasn’t anything special, mind you hers was garnished with a meat stick which was wildly exciting. As we got more intoxicated, yelling “meat stick” became the joke of the night.

Barley Works was another location that offered various types of caesars. I ordered the Pickled Caesar, while Meghan ordered the Top Shelf Caesar, made with gin. The Pickled Caesar is a great choice for anyone looking for a new twist on an old classic. There was an actual full sized dill pickle floating around in the glass, which brought way too much joy upon discovery. The Top Shelf Caesar wasn’t memorable, but Meghan did discover that she has a new found love of gin, which opens a whole new door of caesar exploration. 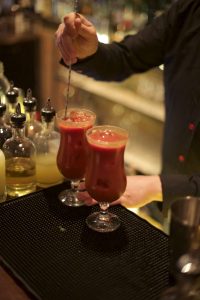 This caesar was a show stopper. I (Beth) ordered the vodka while Meghan ordered one with gin and the difference was astounding. The two drinks had little comparison (other than the tomato/clam mixture, obviously). We both decided that the gin caesar has a fuller bodied flavour. Dan, the mustached bartender at Grand Trunk, makes every drink with so much care, and the effort put into this caesar didn’t go unnoticed. They use Walter’s Caesar Mix, which is much thicker and smokier than the standard Clamato. The garnish offered good variety, with pickles, jalapenos, and olives. While we wouldn’t order a second one in the same sitting, merely because this drink was so heavy, we would definitely recommend making a trip to Grand Trunk for this one if you’re a caesar fan.