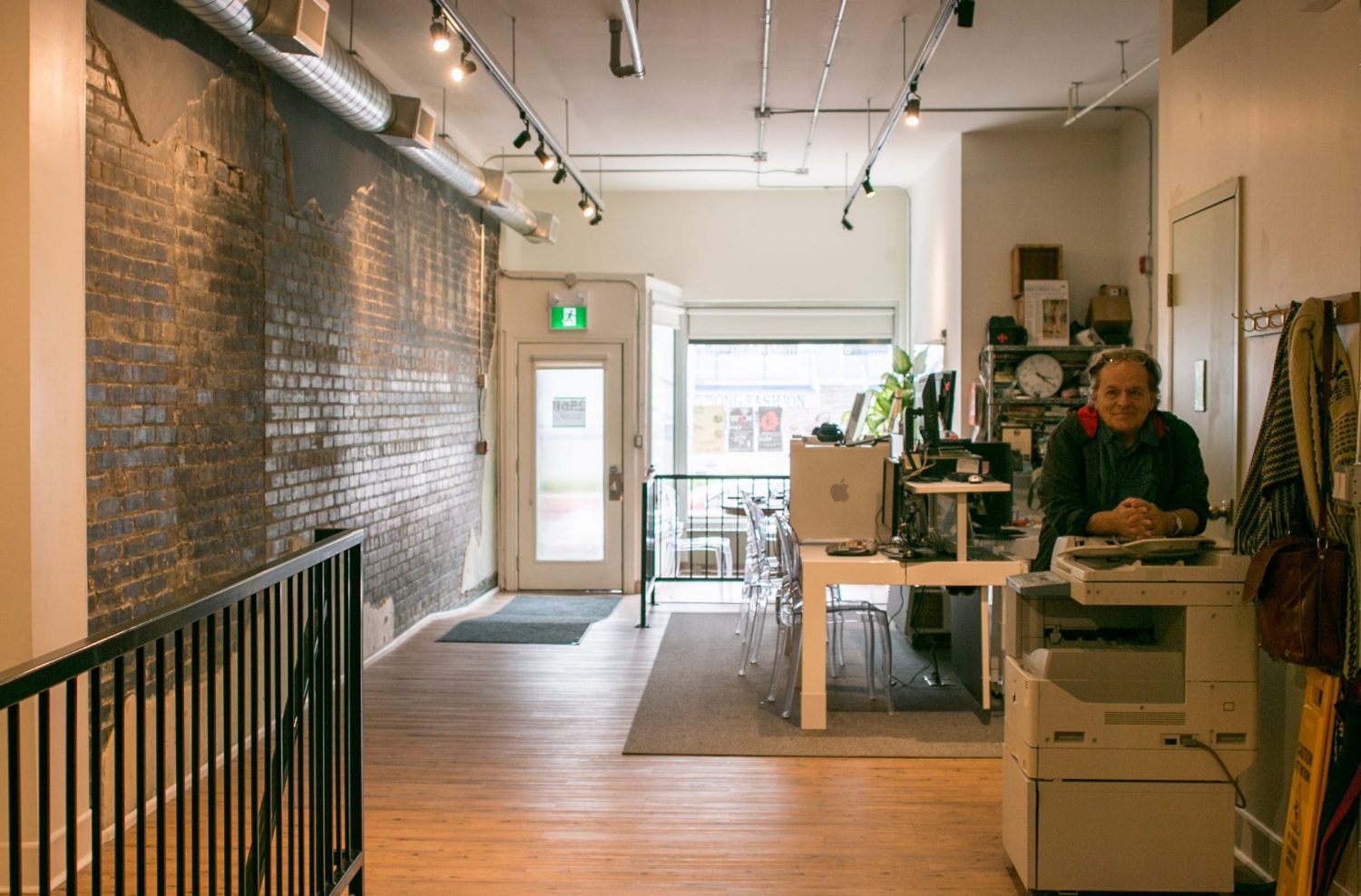 “It’s kind of a best kept secret,” was Martin DeGroot’s response when asked about the Commons Studio in Kitchener.

Located on King Street East, the Commons Studio is a non-profit organization that is affiliated with the Working Centre and helps community members who are interested in creating multimedia-related projects, such as videography, photography and audio.

“Basically it’s to provide the community with these tools which not everybody can accumulate on their own,” DeGroot, one of the co-founders of the arts service, said. “We are community based and we are here to serve the community.”

DeGroot was first involved with the service while he was the executive director for the Waterloo Arts Council back in 2006. Joe Mancini, co-founder of the Working Centre, made contact with him and told him about Azam Fouk Aladeh, a filmmaker from Syria who moved to Canada and was interested in creating a filmmaking and film appreciation club. 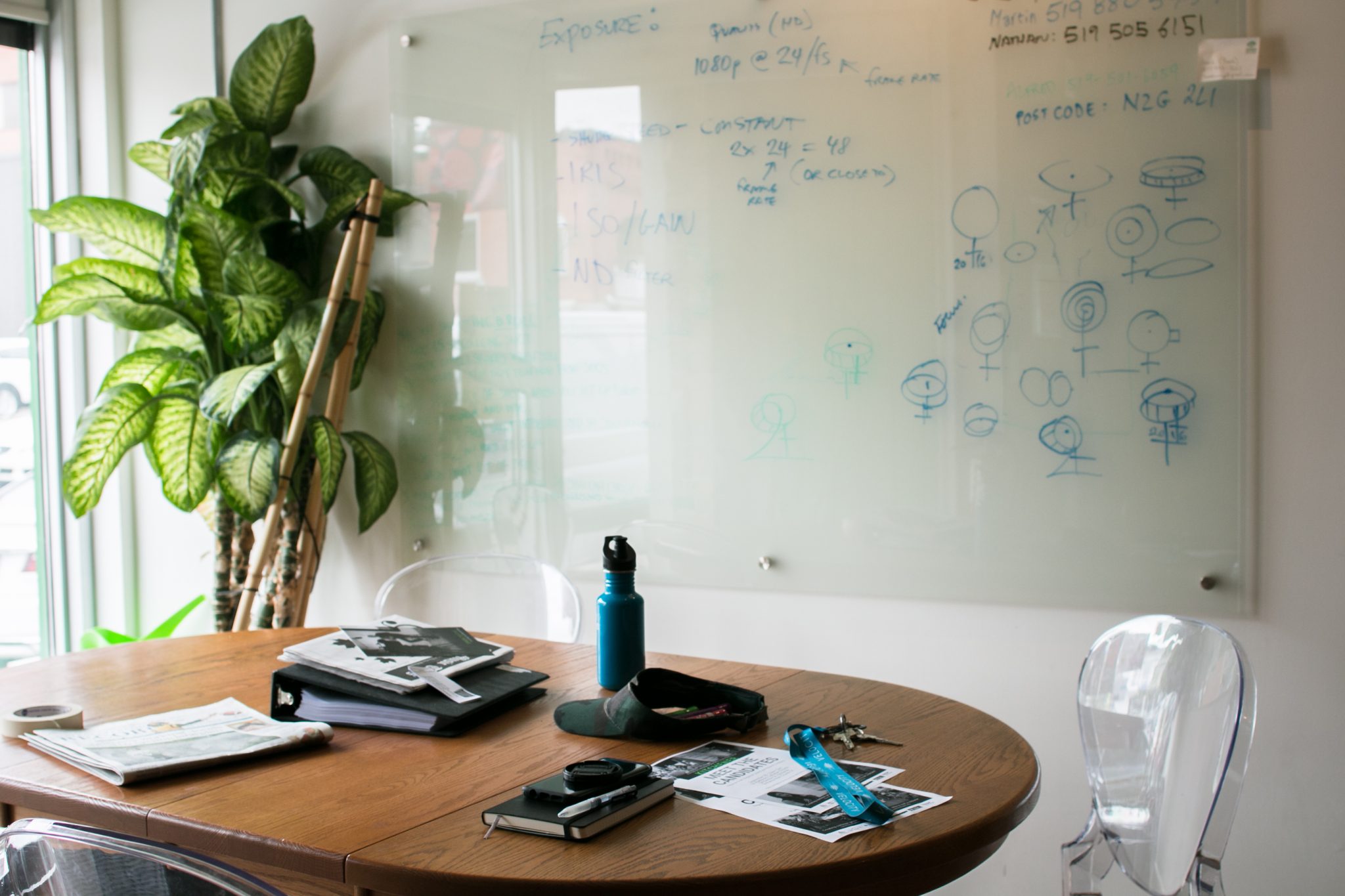 And so, the Multicultural Cinema Club was formed, where community members could take part in their film screenings, workshops and collaborate in filmmaking.

Eventually, Fouk Aladeh left the organization to pursue his career in the U.A.E (he later returned back to Canada to pursue other filmmaking projects), which provided DeGroot the opportunity to take over half-time and initiate some new projects.

“I thought we could get more in line with community oriented programs and relationships with other organizations,” DeGroot said. “So that’s been my role … programming, development, writing some grants here and there, seeing if we could get more support in buying equipment, that kind of thing.”

The studio, which has been in the same building on King Street for now about one and a half years (it used to previously operate on Queen Street with the Working Centre main office and Fresh Ground Cafe), makes the most out of the space that is provided. 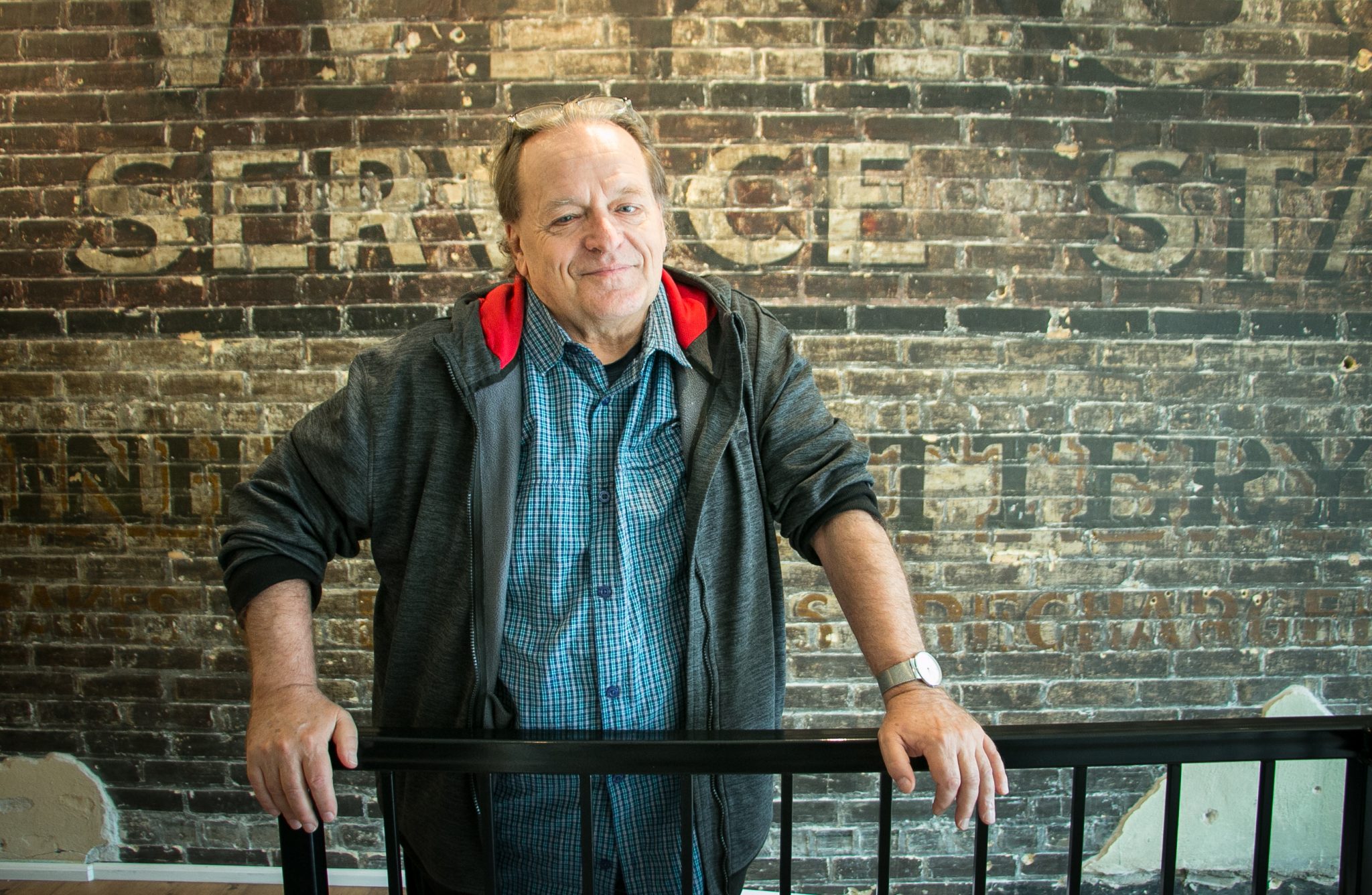 With a (mostly) soundproof room, a large equipment room filled with technology such as cameras, audio equipment, lighting and grip equipment provided by Tony Smith of Lighthouse Equipment Inc., and a computer station that has editing tools like Premier Pro and Final Cut Pro, the studio is a haven for local creators who are on a budget.

“That’s the core of our business,” DeGroot said. “You get a membership here. It’s $75 to rent, and that covers insurance and stuff like that, and after that you can rent at the rates that [are given] and [are] set at a level that are about the same as Ed Video … and other media centres.”

But that’s just the main floor of the Commons Studio. Downstairs provides even more space used for community-based creators to rent for their own needs.

“It’s a little suite of rooms; it has its own washrooms,” DeGroot said when describing the rooms. “This is like the green room or waiting area if you’re doing casting. I can close this grate and give people 24/7 access, so if people want to work on a project in all of winter or a whole weekend, they can.” 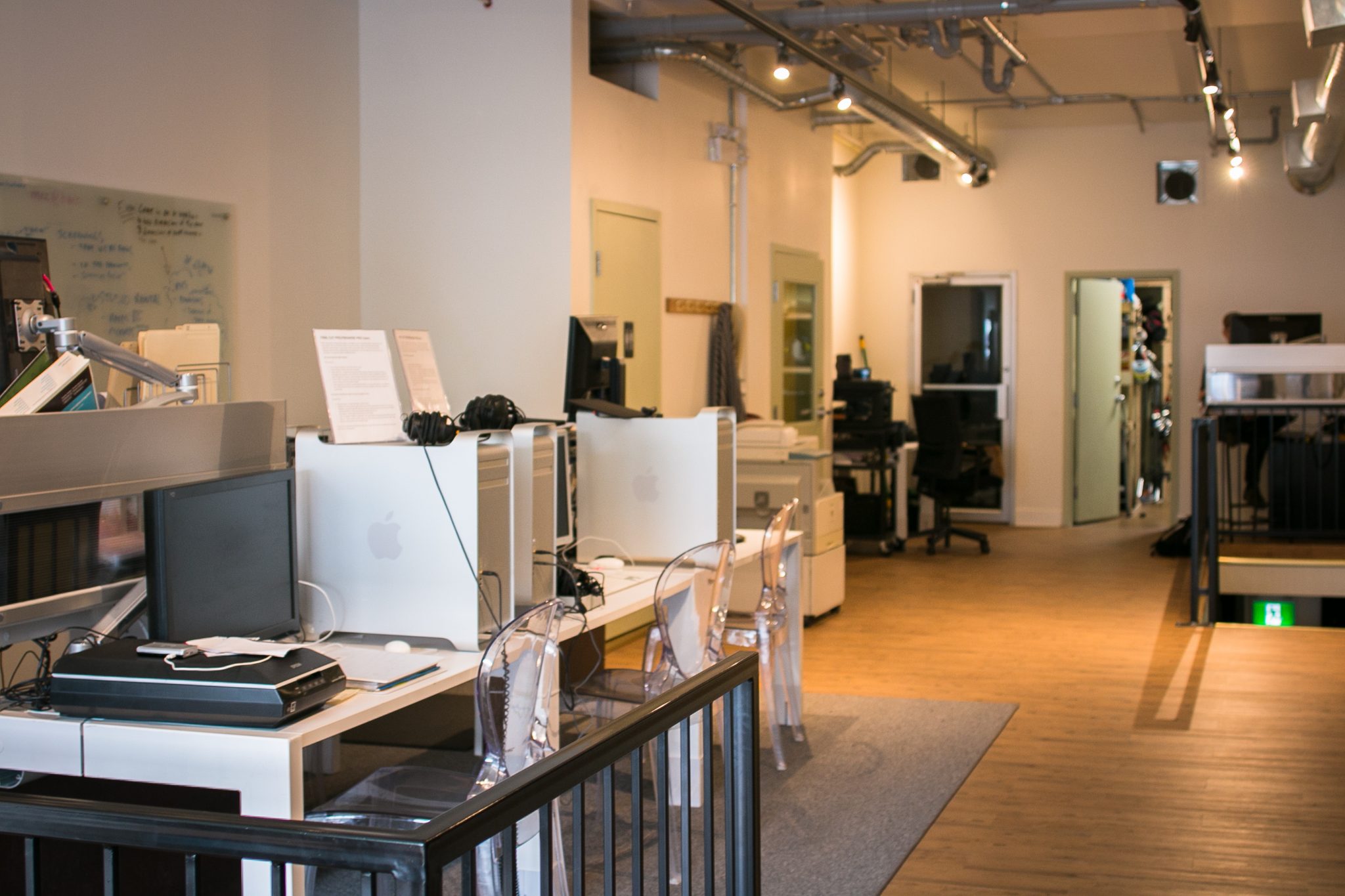 There’s also another room that is used as a photography/videography studio, a soundproof, low-ceiling almost tunnel shaped room.

“It’s called the cove,” DeGroot said. “There are coves in Toronto but there are no other coves in Waterloo Region.”

According to DeGroot, “coves” are normally painted green, like a three-dimensional green screen, but he has gotten members who have rented the room and have paid to to paint the room white and repaint it green once they were done using the space.

“Courage My Love, the rock band, have come in to make their videos here too,” he said. “They were so excited about this because they use these places in Toronto.”

In addition to providing these spaces and equipment to the KW community, DeGroot also hopes to initiate more collaboration between other KW organizations for creative projects.

In the past, the Commons Studio created a project/workshop called Hidden Stories, which was also in partnership with the New Horizons Seniors Program, a federal funding program that helped pay for the technology that was needed. 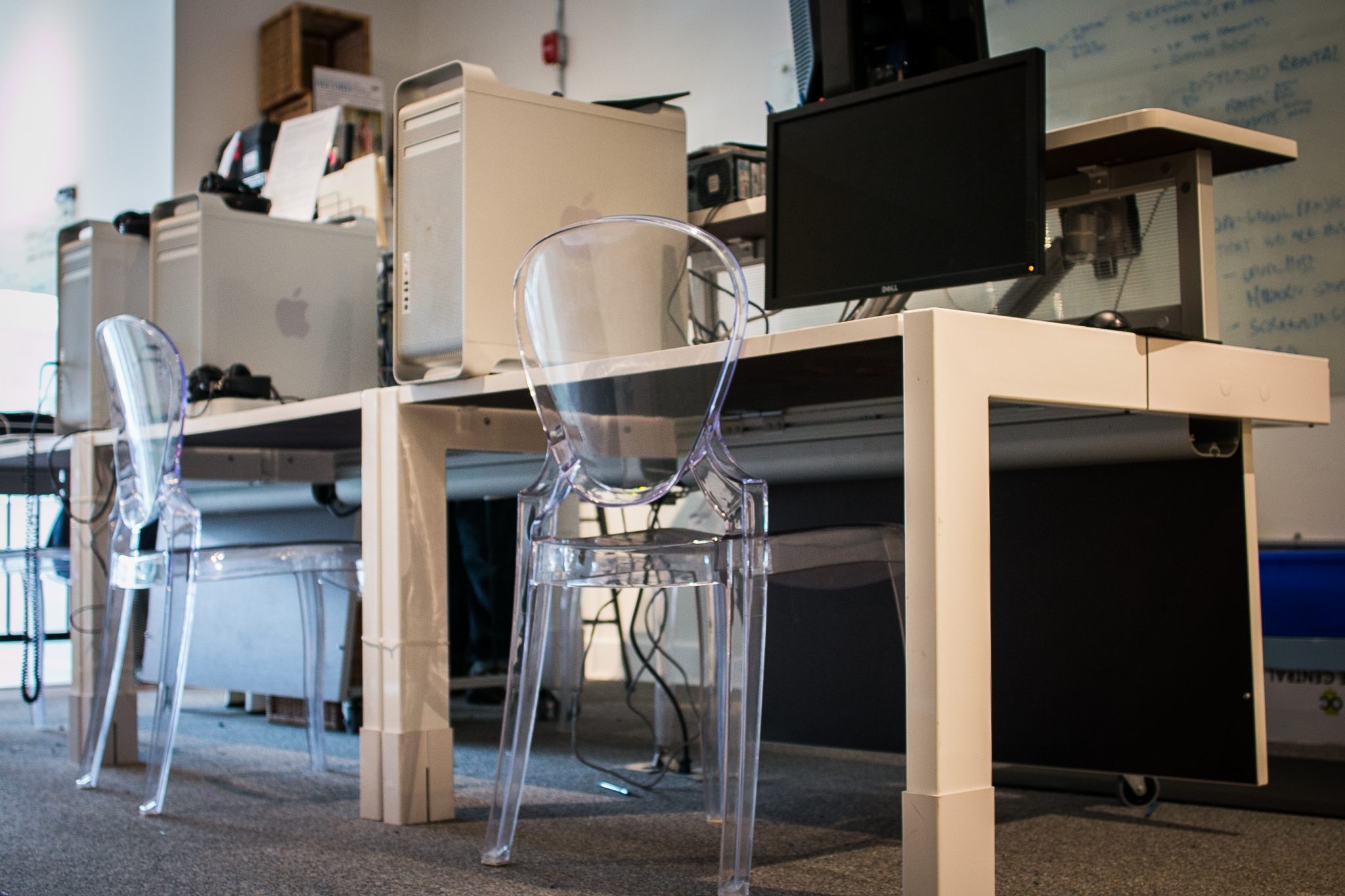 “[It’s] really a shared learning program with emphasis on digital story-telling,” he said. “We have a set of tools, like three kits with a decent DSLR, a good microphone, a separate sound recording unit … the way it works is you try to find some people who want to learn with you … you form a team and then you get an assignment like you’re writing for a magazine. There [were] certain parameters, like the story has to be local, they have to have a longer shelf life because its going to be a while before we can build up historically.”

Right now, DeGroot is proposing  another collaboratively-aimed project, called the Digital Community Scrapbook, which is in partnership with The Women’s Institutes, a group of senior centres, 98.5 CKWFM and the Preston Scout House Band.

“The idea of the scrapbook is that you collect digital bits and pieces like a sound byte or a video clip, or whatever you can find,” he said. “And you put it into a depository, and people can play around with this stuff and do a digital scrapbook made of these little bits and pieces.”

To learn more about the Commons Studios initiatives and services, visit theworkingcentre.org.