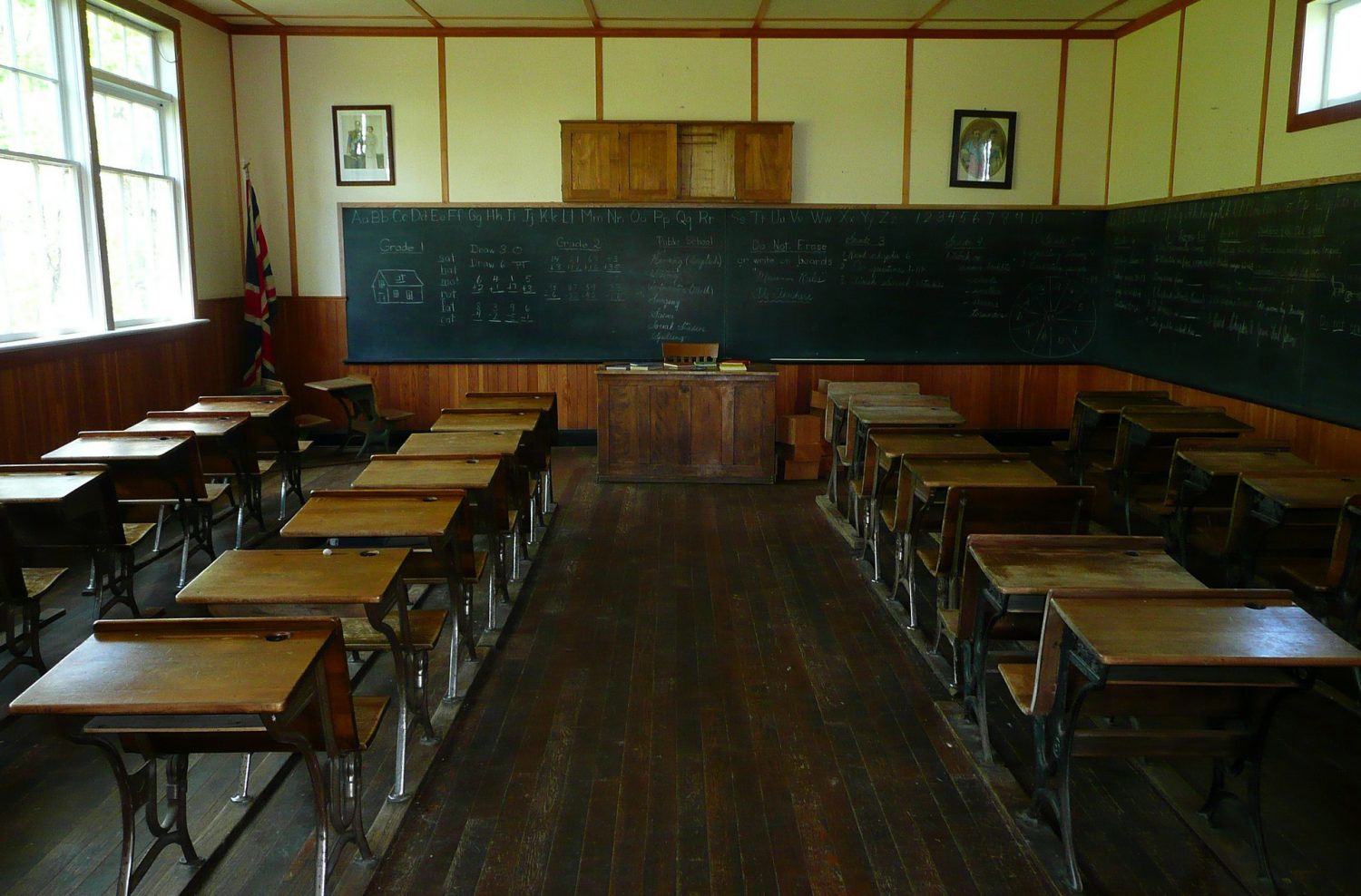 ‘And that concludes our discussion of the main differences between Shia and Sunni Islam,’ said Henry, closing his book. ‘Thank you to William and Fatimah for your insightful presentation on the 2073 Damascus Accord and its commemorative festivities here in Waterloo Region. I’ll see you back here in fifteen minutes for Q and A with our special visitor.’

Two dozen ten-year-olds got up from their desks and milled toward the door, their chatter laden with anticipation for the glorious spring morning beckoning from the schoolyard.

As the last few trickled out, Henry called from the front of the classroom, ‘Oh, and Kitty?’

A girl with one blonde braid hanging down her back turned and looked at him over her shoulder.

‘You remember it’s your job this week to turn the compost pile, right?’

She gave him a nod and a roll of her eyes, then skipped out the door. The classroom was still. Nothing moved but motes of dust turning in the long sunbeams from the upper windows.

‘Can I come out now?’ said a small voice from the vestibule just behind Henry’s desk. He turned and grinned at the young woman peeking out of the teacher’s office. She grinned right back, tossing her long black braids over her shoulder. Henry waved her out from her hiding place.

‘That was quite the lesson, Mr. Watterson,’ she said, laying an armful of rolled-up papers on the desk at the front of the classroom. ‘They seemed to know a lot more about the Five Pillars of Islam than I remember knowing at their age. You’ve got some keen minds, here.’

‘They are pretty sharp, aren’t they?’ Henry folded his arms in contentment. ‘The curriculum’s designed to prepare them for participation in civic life, no less and no more. To that end, religious literacy is right up there with reading, writing, and basic ecology. Everything else they can learn in their prenticeships or from an independent study group.’

‘Don’t forget the library,’ Abigail put in. ‘I remember the exact place on the shelf where I found my first physics textbook. It was in the grown-up section, which of course made it twice as intriguing. I can’t imagine where I’d be today if I’d been forced to read a dumbed-down version of the same material in school.’

Henry nodded. ‘The most important part of teaching is knowing what not to teach. I learned that pretty early on in my own prenticeship.’

‘So what do you want me to say to them?’ asked Abigail.

‘Just tell them what you do on a typical workday. Show them your blueprints, talk about the design and testing process — you don’t have to make a big speech. They’ll have lots of questions, so just follow their interests. Only …” He hesitated.

‘What? Will there be a cross-examination afterward?’

‘No. Just — don’t let them talk about giant squids the entire time, okay? They need to know there’s more to the world than the Marianas Trench.’

Abigail smiled, flashing her perfect teeth. ‘Okay, just a little bit of squid talk, then. And if I want to draw them some basic diagrams?’

‘There’s chalk on the ledge here.’ Henry motioned toward the blackboard.

‘Excellent. You know, sometimes I go to conferences at older universities that are still using smartboards. Can you believe it? The things only work half the time, and they’re twice as difficult to use. Talk about a misstep on the march of progress.’

Henry wrinkled his nose. ‘You know how I feel about the march of progress. Anyway, the school board banned screens in the classroom decades ago. Otherwise lessons would just turn into a giant drool-fest.’

‘The smarter the tool, the dumber the user,’ said Abigail, nodding. ‘And vice versa.’

‘I guess you would know,’ said Henry, glancing toward the window.

‘I’m not entirely sure which way to read that comment, Mr. Watterson,’ said Abigail teasingly, putting her hands on her hips.

‘I always do.’ She took a step toward him and reached up to straighten his collar. ‘Time was, you weren’t one for making big speeches yourself. You’ve changed, Henry.’

‘Abigail …’ he began, his features stiff.

Abigail’s gaze flicked toward the window in time to see a row of faces ducking out of view. ‘Oh. Sorry.’

‘It’s fine,’ said Henry. He turned toward his desk and started straightening papers, blushing furiously. ‘Ring the bell, will you?’

‘Sure.’ She picked up the bronze hand bell from its cubby next to the blackboard and crossed the room to the window where she’d seen the small faces peering in. Sliding up the glass pane, she gave the bell four or five good shakes and was pleased to see a gaggle of kids darting out from under the sill with their hands over their ears.

‘Wow,’ she said, turning back to Henry. ‘Did they grow those sunflowers?’

‘Yes. The whole garden is their work. It helps get them engaged first thing in the morning. From there we move on to indoor lessons, with a break for recess mid-morning. By the time they head off to their prenticeship placements in the afternoon, they’ve maxed out their study focus for the day and are ready to do something with their hands again.’

‘So that you can spend the afternoon planning the next day’s lesson.’

‘Or meeting with the trustees, most of whom are parents of my students and who live in this neighbourhood. They have the final say in what gets taught in the classroom, although they give me a lot of scope for creativity. Right now we’re planning a —’

But just then the door burst open and Henry’s students came flooding in. They found their seats quickly and leaned forward in expectation as Henry and Abigail took their places at the front of the room.

Henry cleared his throat. ‘This morning our Vocational Interest speaker is Abigail Oyelowo from the University of Waterloo. Abigail is a grad student in the engineering department who works on submarine designs for the Marianas Trench Project, with which you’re all familiar. Take it away, Abigail.’

‘Thanks, Henry.’ Abigail picked up one of her blueprints and began to unroll it, but already a dozen hands had shot up and questions were tumbling out from all sides.

‘Have you ever piloted a sub down to ten thousand feet?’

‘Is it true we’re going to have a colony on the ocean floor by the time I graduate?’

‘My older sister says boys’ brains aren’t suited to engineering. Is that true?’

‘Are you Mr. Watterson’s girlfriend?’ Kitty Vance’s slow, drawling voice brought a dead hush to the classroom. She arched one eyebrow as she twined her long blonde braid slowly around one finger.

Abigail stood there for a moment, looking at the rows of silent faces locked on hers. ‘Well,’ she said, beaming, ‘who wants to hear about giant squids?’ A ripple of excited babble spread through the room. Henry folded his arms and gazed longingly at the June sunlight streaming through the open window.