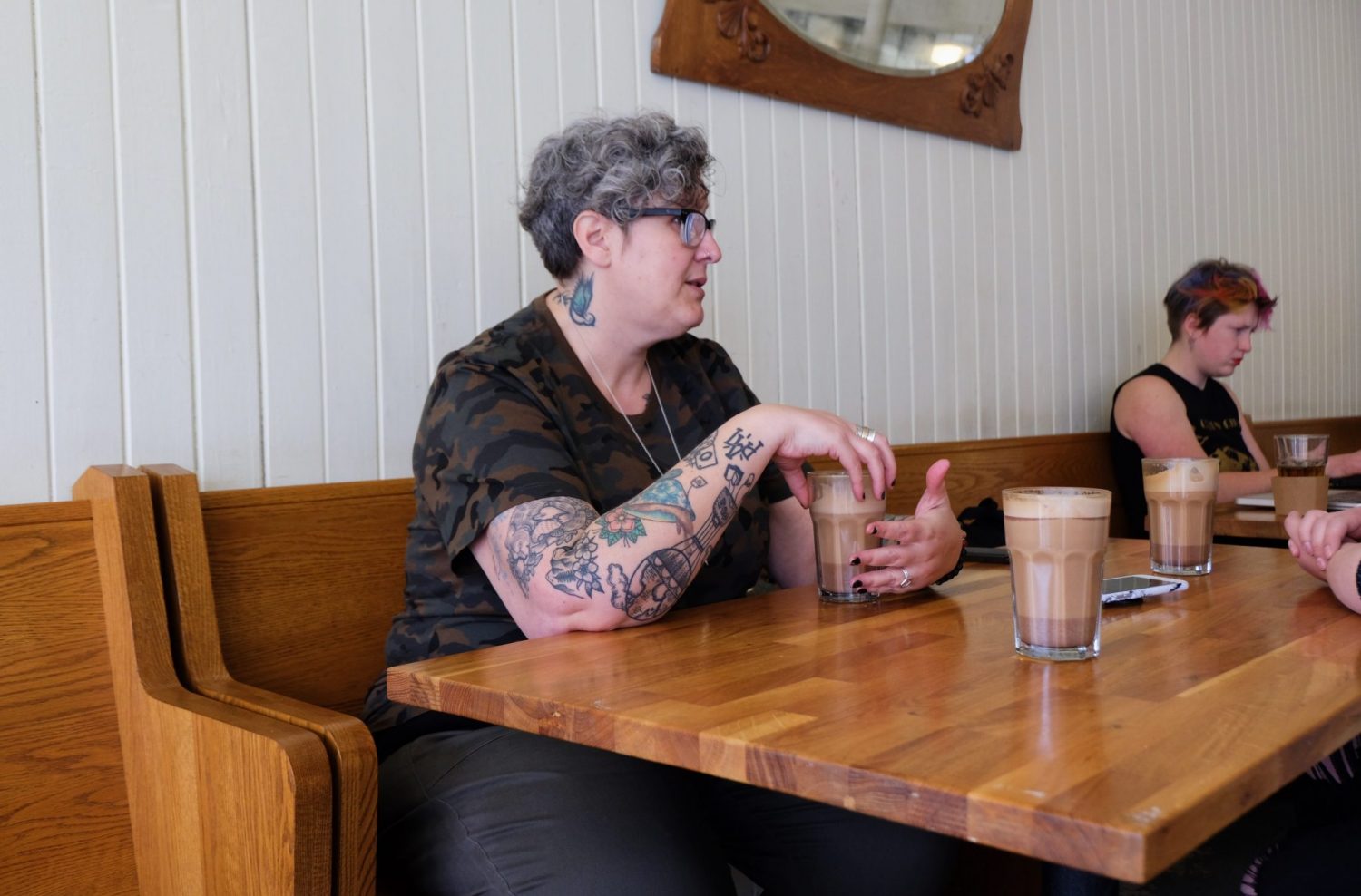 “I want to make people feel good,” she said, over coffee on a rainy afternoon in downtown Guelph.

“That’s what I want to brand myself as. Not the do-good photographer, but somebody who is making people fall in love with themselves again.”

“I’ve been through a lot of abuse and stuff as a kid, and I always try to do different artwork to let those demons out. As soon as I picked up a camera, it hit home. When I first started, it was a lot of dark, moody photography.”

When Busato first started taking photos, her subjects were usually abandoned houses or photos that depicted violence. But then that changed.

“I just started going: okay, so what can I find beautiful in this world, instead of dark? I don’t want to photograph things anymore that trigger me, I want to start photographing things that make me feel good,” she said.

That’s when she started playing with the conventions of beauty. Busato’s photography, to say the least, is unconventional. As primarily a boudoir photographer, her subjects generally don’t fit within the strong confines that is “Westernized beauty.” Her Instagram feed is full of beautiful boudoir photos of “plus size” women — a demographic that is rarely portrayed as beautiful or sexy. 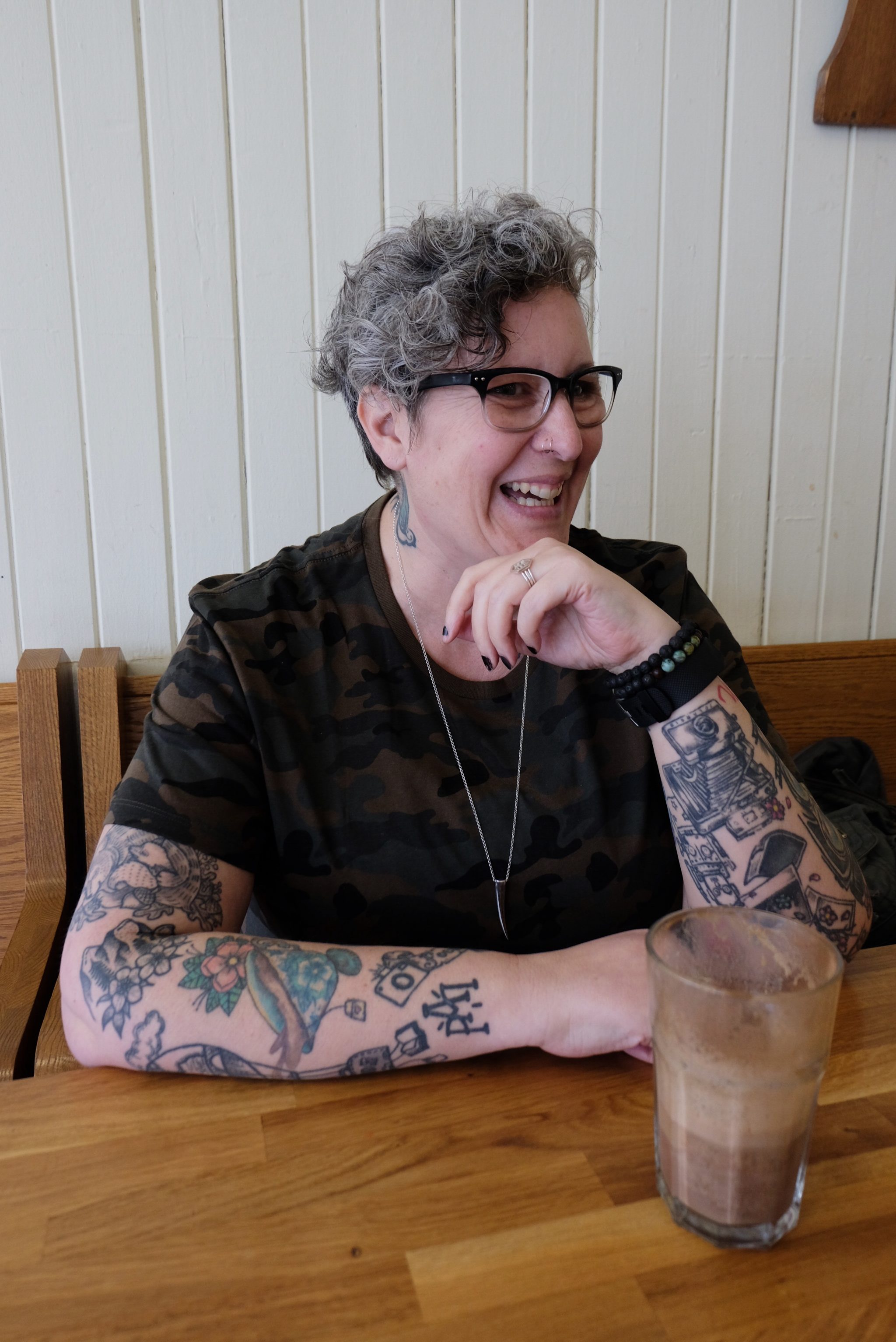 She became interested in complicating the typical boudoir narrative — that is that boudoir modelling and even lingerie is only for thin, able-bodied women. From this, came the Manny Series.

Busato saw a photo by another photographer of a “plus size” woman holding a mannequin in front of her. She was inspired by this photo and wanted to try it herself, but do more with the concept than just make a political statement about body image and self-esteem.

“I saw this image and I’m like, that’s really cool. What can I do with it? The first one I did was my friend and makeup artist, Megan, who’s a plus size girl,” Busato said.

The first photo in the Manny Series featured Megan holding a mannequin in front of her to express that she refuses to be restricted by a certain size that society and Western culture has deemed “acceptable.”

Since that first photo, the project evolved into discussing several issues, outside of the realm of body positivity.

“As soon as this went viral, everyone came out of the woodwork [and the project focused on other issues like] eating disorders, mental illness, diabetes [to name a few],” Busato said.

Busato’s goal has been to evolve the Manny Series as much as she can. She wishes to address stereotypes and misconceptions that can be used to oppress groups of people. The Manny Series acts as a way to complicate and transform the narratives that fuel and create hateful, oppressive, or ignorant ideas and thoughts.

Right now, the Manny Series is focusing on masculinity. Her latest projects have involved naked men holding the mannequin in front of them, with messages written on the mannequin. The messages range from: “Fuck your masculinity” to “Live, love, grow abundantly, with intention.” 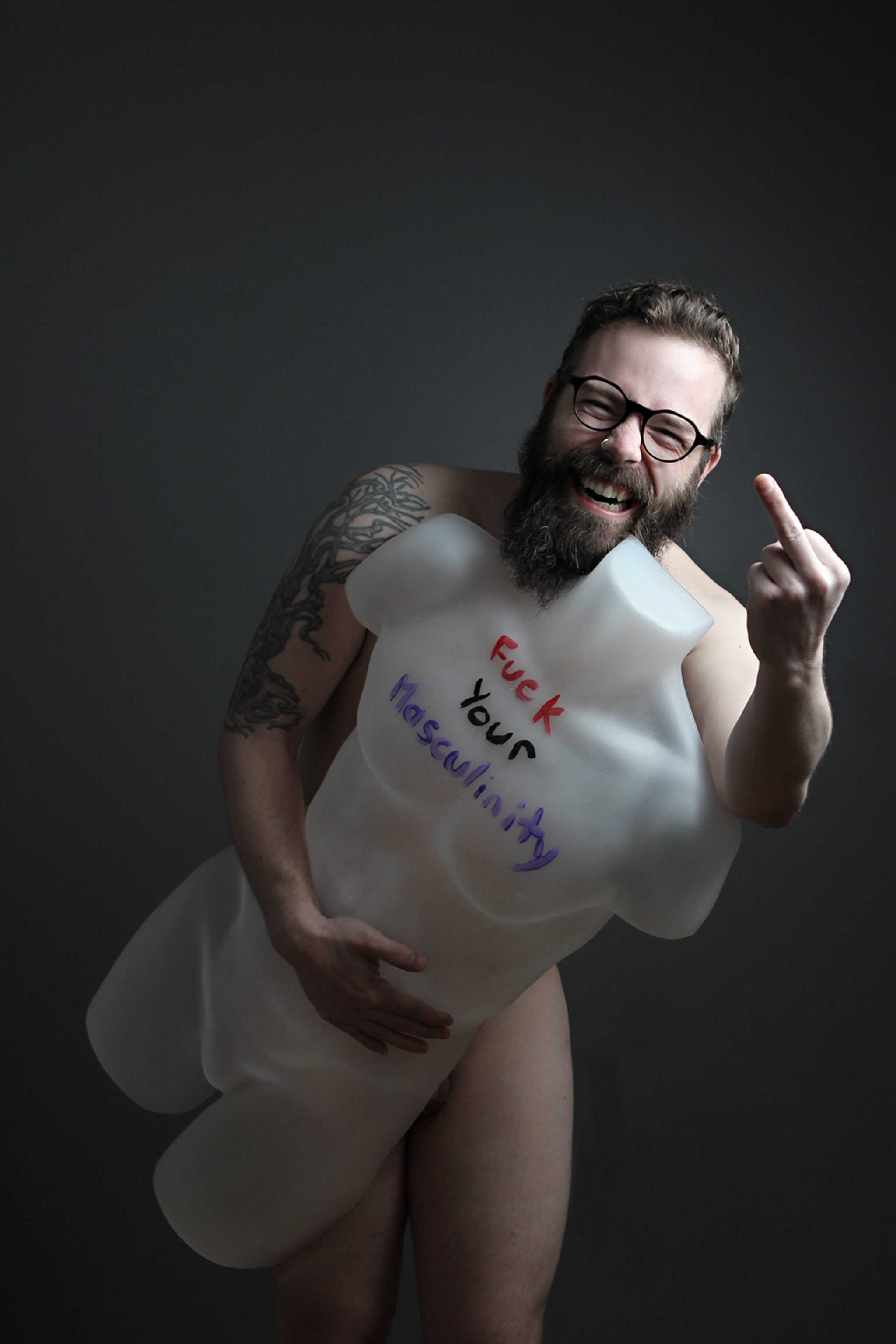 Busato is still looking for men to participate and share their stories.

“They are really hard to photograph, because they don’t want to be vulnerable,” she said.

Ultimately, Busato’s goal for the Manny Series is to showcase her photos and her subject’s stories in a book, hopefully to be created by the end of the year.

“I don’t tell people’s stories. You’ll notice on social media that I just put their name. I don’t tell their story. I’m there as an outsource for them to get something out for themselves. So when I put the book together, I want each person to do a little tiny paragraph of why they did it or what it meant to them. That way you can realize [more about] their story than just them taking part in it,” she explained.

“It’s 100 per cent collaboration, it’s not about me, I’m taking the photo [but] it’s not about me. I want to put this book together and say, these are the people that are real life people. Look at their face.”

Busato hopes that the book will help further share stories that need to be given a platform.

“If it’s a story that I [personally] can’t tell, I still want to put it out there. I still want the world to change. And if this is my small little contribution to it, to how society sees people, I’ll do it,” she said.

Ultimately, Busato isn’t your average photographer. Her subjects are typically people who have been told by our society that they shouldn’t model, or be photographed (which is absolutely absurd if you look at how beautiful every single one of Busato’s photos are). But because of this, Busato works even harder to create an inclusive and safe environment for her subjects, who are oftentimes wearing little to no clothing.

“I always tell them: I’ve got your back. I’m here. If you feel like crying, cry. If you want to dance naked in my living room, we’ll do that, too. I don’t want people to feel uncomfortable.”

And while the work that Busato is doing is unique and important, she still receives negative feedback from people on social media. She receives negative and cruel comments, her photos are removed from Instagram constantly and she was banned from Facebook for 30 days.

“Everything I put up is censored. If I see a nipple, if I see anything in the nether regions that’s out there, I sensor everything … I try to cover as much as possible [while] I still think that hiding nudity from kids is an issue. Nudity is not sexuality,” she said.

And at the end of all the negativity and the positivity, after hearing both painful and happy stories from her subjects, her goal still remains the same.

“This is, in my form, my political stance. I really want the world to be able to see beauty in everybody, not just the Cindy Crawford’s of the world,” she said.

“It has to be everybody. And that’s how I see the world. I see beauty in everybody I meet.”