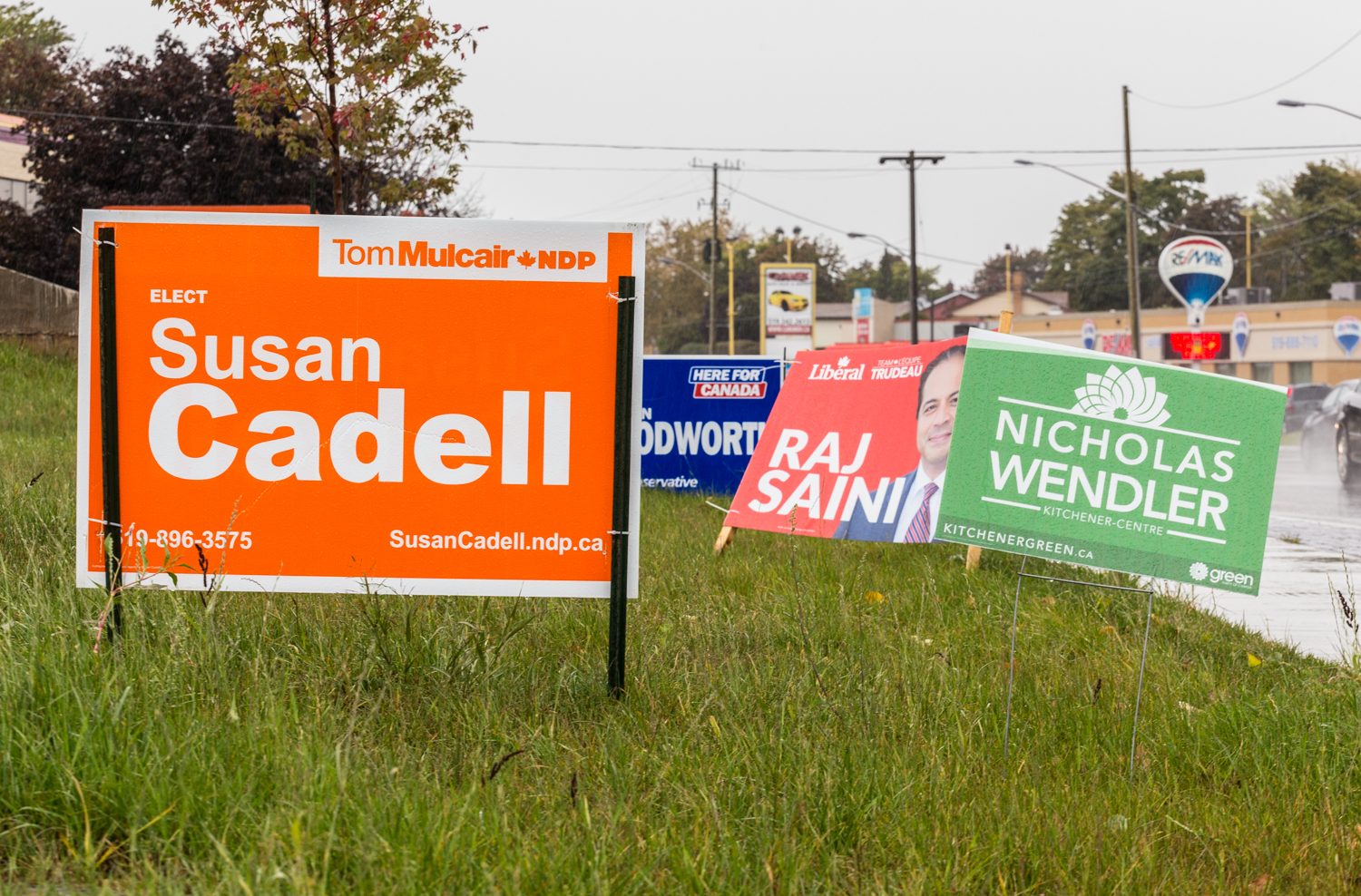 Voter apathy and low turn-out have plagued Canadian elections for years, with many citizens discouraged by our “first-past-the-post” electoral system. This is not surprising, considering that the vast majority of Canadians did not vote for our current government. In the 2011 federal election, 24 per cent of eligible voters cast ballots for our current leadership. That was 39 per cent of those who went to the polls.

This time around, there are a few new technologies available to people who have decided that strategic voting is the best way to participate in the election.

On September 29, Leadnow and Fair Vote Canada representatives visited the Kitchener Public Library (KPL) to promote online tools that allow voters to gauge their options more accurately than ever before, to “make their votes count.” The organizations’ goals are twofold: to change the way we govern now, and the way we elect future governments in Canada.

Fair Vote Canada has amassed heaps of volunteers who ask individual candidates where they stand on proportional representation. Answers are then posted on Fairvote.ca, whose slogan is, “let’s make 2015 the last unfair election.”

Both organizations repeatedly note that Harper won a majority in 2011 thanks to just 6400 votes in a handful of swing ridings.

“The first-past-the-post election system constantly hands power over to a very slim margin of the population to run roughshod over the majority,” said Kelly Carmichael, Executive Director of Fair Vote Canada.

To illustrate her point, Carmichael added that “it could be as little as 27 per cent of your neighbours who are going to choose who’s going to represent you in government.”

Strategic voting could take majority support away from the Conservatives, or whomever citizens hope to replace, but only if voters in swing ridings can find a way to work in concert. That’s where Leadnow hopes their “Vote Together” campaign will help voters agree on which non-Conservative candidate to back.

At the time of publication, Kitchener Centre was facing a tight, three-way split among voters, according to Leadnow’s local polls. However, old standbys, like the national polls and sites like ThreeHundredEight.com, have been predicting a clear Liberal win. Their statistics are too broad, and miss local nuance and outliers, according to Corrigan Hammond, Eastern Field Organizer for Leadnow.

“Our big tool here is locally-specific polling. If you’re waking up and you want to vote strategically … you need reliable, accurate info to make sure that that vote counts. National numbers are not going to cut it,” said Hammond.

In addition to providing local polls, Leadnow’s “Vote Together” campaign adds a second step to help solidify a block of voters. Shortly before election day, all those who have pledged to use “Vote Together” will be asked to choose between the top non-Conservative candidates in their riding, to see if there is sufficient support to move forward. This allows citizens to choose according to their own local issues and priorities, rather than receiving a blind recommendation from Leadnow.

“We focus support behind a candidate who’s locally electable – and that’s what really sets us apart from other campaigns across this country that have done strategic voting in the past,” said Hammond.

Derided by many as cynical and imprecise, the strategic voting movement nonetheless makes it clear that many in Canada still care deeply about the democratic process.