Slept On Can-Con: Our Favourite Books, Bands and Movies from 2016

Not everything in 2016 sucked.  Really.  We asked three experts to tell you to quit sleeping’ on these books and bands and movies, all made in Canada — if not Ontario — in 2016.

BOOKS
BY SHARRON SMITH
Sharron is manager of bibliographic services for the Kitchener Public Library, which means she oversees what’s in Kitchener’s libraries. 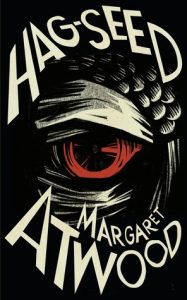 Magic, illusion and revenge, it’s all here! Part of the Hogarth Shakespeare project, celebrating the 400th anniversary of his death, this one is a modern retelling of The Tempest. When artistic theatre director Felix’s position is usurped by his assistant, he finds himself adrift, going into self-imposed exile in a remote rural area. When he is offered the opportunity to teach a course in Shakespeare at a local prison it seems like the perfect solution to his dilemma. Working with the inmates, Felix finds a new purpose, but when his nemesis schedules a visit to the prison, the class just may provide him with the perfect opportunity for revenge. Atwood’s wit and humour craft a mystical journey. 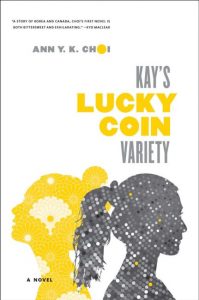 In straightforward, honest prose, Choi explores what it is like to grow up in a new country while your parents cling to the old ways, and you just want to fit in. Yu-Rhee, now known as Mary, is the daughter of Korean immigrants who arrived in Canada when she was six. Chronicling her life journey, the story follows her struggles from child to university student, where her dreams and choices are not in line with the expectations of her family to a place of understanding. This is ultimately a timely family story that provides insight into how the choices of past and present make us who we are. 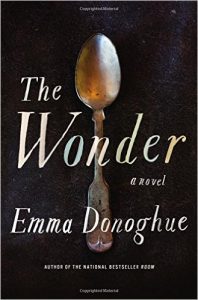 The Wonder
by Emma Donoghue

English nurse Lib finds herself in the midst of controversy in a small Irish village in the 1850s. A local child seems to be existing without food and many believe they are witnessing a miracle. Called in to oversee the situation over a two week period, Lib watches and waits, hoping she can determine whether this is a case of truth or fraud. As word of the tale is spread by the media, tourists and the curious arrive to watch the drama unfold.  Anyone who thought the media and fake news creators are a new phenomenon will be fascinated by this complex, yet simple story. 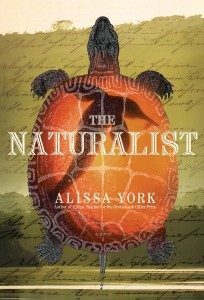 The Naturalist
by Alissa York

Plans for a journey down the Amazon take a dramatic turn when amateur naturalist Walter Ash unexpectedly passes away. To honour her deceased husband, his widow Iris decides that the trip to gather specimens will go on as planned. Along with her adult stepson Paul, and her ladies’ companion, Rachel, the journey begins. However it is, surprisingly Rachel, a quiet Quaker, who steps up to replace their fallen leader as she forges a path into Paul’s past, while helping Iris forward in her grief. Lyrical language and an exotic setting will transport the reader from 1850s Philadelphia down the Amazon during the time of the great explorers. 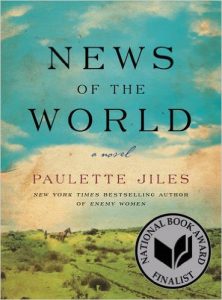 News of the world
by Paulette Jiles

With her trademark lyricism and elegance, Jiles transports readers to 1870s Texas. Captain Jefferson Kidd, a veteran of three wars, travels around the state, reading the news to anyone willing to pay for the privilege of hearing him. Life on the road is a lonely existence, but the old soldier gets by. Everything changes when he is asked to escort a 10-year-old white girl who had been held captive by a Native American tribe since she was six. The girl has long forgotten her native tongue, and so the two begin an adventure-filled journey back to life and family and in the process develop an unlikely partnership.

MUSIC
BY MIKE CHONG
Mike lives in Kitchener and is the kind of friend who might still give you a mixtape for your birthday.

If there’s a band I expect my friends to have heard of a year from now, it’s this synth-pop duo out of Toronto. Both attended Etobicoke School of the Arts in Toronto’s west end, and then went on to complete degrees in music performance at UofT. They first connected while working together at a summer music camp run by the Toronto District School Board, and their sound is dark and dreamy, channeling a variety of influences from Phantogram to Tove Lo to Bjork.

Based in KW, brought up in Appalachia, Dan Root’s powerful vocals and talented instrumentals draw on a variety of musical influences – from American folk tunes to Stan Rogers to the Tallest Man on Earth to Colin Meloy of the Decemberists. Dan is half of the duo Quiet in the Land, which is temporarily on hiatus while the other half, Laura Dyck, is studying community music in Ireland. His lyrics are a thoughtful reflection on his lived experience, from his Mennonite upbringing and childhood in Pennsylvania to his close-knit yet transient community in KW to being stuck in traffic on the 401.

Janice Lee, former City of Kitchener artist in residence, has been a pillar in KW’s music and arts scene for the better part of the last decade. Her music is at the same time empowering and challenging, witty and fun. If you like live, local music and are a part of the KW community, Janice is definitely the kind of artist you want to check out. Not only is she deeply committed to her music, but also to her work in the community and its arts scene.

A multi-instrumentalist currently running a recording studio out of Toronto’s east end, Comeau’s recent solo work is a reflective collection of improvised instrumental pieces based on folk tunes and hymns. Comeau is a musician worth following because of his connections in the Toronto music scene, where he’s played regularly as a member of Sam Cash and the Romantic Dogs and in the past as a member of Dear Sister. His versatility as a musician means you can often find him performing with one act or another somewhere around Toronto, from playing regular evenings at the Cameron House to opening at the Rivoli.

With a hauntingly beautiful voice, and raw, genuine lyrics, Merival plays the kind of music to steady your mind and feel emotion to. Merival is the solo act of Anna Horvath, a Toronto based musician with roots in Kitchener, who has played in the past with First Rate People and Beau. Her wonderful folk sound is somewhere in between Gillian Welch and First Aid Kit, and it’s definitely worth seeing her live if you get the chance.

Below Her Mouth is super sexy. It’s about an unexpected affair between two women — one is a lesbian and one is not. The movie seems to “normalize” the idea of queerness — I don’t think the word lesbian is ever said in the movie. It’s also the first film with an all female crew and makes Toronto look like a really cool place without cliché pans of the CN tower.

Director Michelle Derosier is another powerful female filmmaker. The Grandfather Drum is an animated short made in a pop-up book style that makes the heavy content — the theft of cultural artifacts from Indigenous communities, residential schools and current realities — a bit more digestible for viewers. The narrator is the real drum maker’s grandson.

My coworkers and I went to see this movie at HotDocs this year, and about five minutes in we knew it was going to be great. Alethea Arnaquq-Baril is a powerful director and storyteller everyone should know about. Powerful and thoughtful, Angry Inuk is her exploration of the effect of the European Union seal hunting ban on her Inuit community’s survival.

Window Horses is a beautifully animated feature about a Canadian teen with a Chinese mother and a Persian father who coincidentally gets invited to a poetry conference in Iran. Through her interactions with the people at the conference, Rosie (Sandra Oh) learns more about her parents and her own heritage. Funny, serious and philosophical, this film is a great Canadian story about identity searching.

One of the most well known Canadian folk painters from Nova Scotia, Maud (Sally Hawkins) was born with rheumatoid arthritis making it difficult for her to do daily tasks, including her beloved painting. Her husband (Ethan Hawke) is the biggest grump but together they end up making a unconventional entrepreneurial duo. The Maritime scenes that inspired Maudie’s paintings are also stunning. There’s a reason this film got a standing ovation on opening night at TIFF!