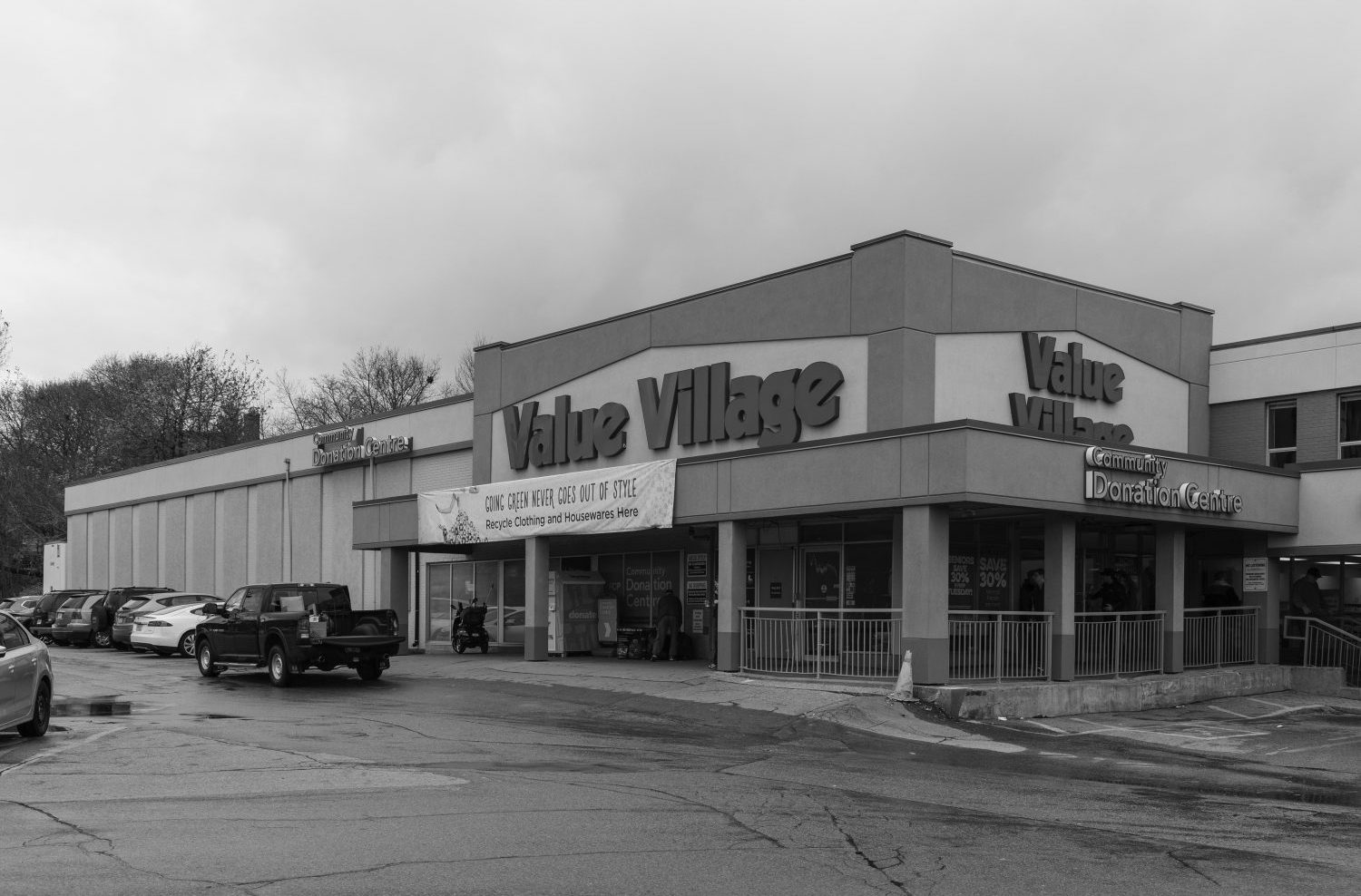 Selling the Poor: The Politics of Value Village

In the past two decades, second-hand clothing has — like many other cultural objects of the poor — become trendy, coveted and hip. There is now a bursting local market of vintage clothing shops, international online retailers and even commercial corporations like Urban Outfitters selling used and “revamped” items. While many second-hand stores often do contribute to charity, build community and decrease dependency on the global sweat-shop economy, when it comes to the massive retail corporation Value Village — where the reselling of donated used clothing is a corporate strategy marketed to poor people — it is critical to examine Value Village’s actual politics and their effects on low-income communities.

On the one hand, the search for cool second-hand goods has led to an increase of middle- and upper-class people shopping at Value Village. This expansion of its demographic has certainly normalized wearing second-hand clothes. This normalization has perhaps led to a decrease in the stigma that poor and working-class people may experience when their clothing is not visibly name brand, from the mall, high quality, or trendy. However, this has also led to the increasing prices of Value Village and other second-hand stores who are taking advantage of a developing market where second-hand clothes are a surplus commodity — objects that already exist, demand very little labour power to sell and maintain, and result in high profit levels for the original owners of the products, the owners and investors of Value Village.

This widening market is both responsible for and a result of a fetishization — a revaluing of an object for the purpose of consumption — of the clothing and style of poor and working-class people, particularly clothing racialized as belonging to a particular racial or ethnic group. The style of poor people is taken out of its context and sold as a commodity – appropriated – because it provides to consumers implied meanings that are both spatial (think rural or urban) and cultural (think dangerous or uneducated). One need only look at the lifestyle clothes of celebrities — and the way this is translated into mainstream, fast fashion — to see examples of poverty being fetishized.

But the key to how appropriation and fetishization work are that, for those with economic or racial privilege, they are choices, temporary, and ultimately stylistic; one can “choose” to take on the signifiers of poor and racialized groups of people without the social, material and legal consequences that really being poor and racialized mean.

This leads me back to Value Village, and what is by now a kind of love-hate relationship with the company. Since my first shopping trip there two decades ago as a poor teenager, I have witnessed Value Village becoming increasingly expensive and — indeed — unaffordable. I currently have relative economic privilege to choose whether or not to shop at Value Village or at select other retail stores, within reason. So my bone to pick isn’t about Value Village’s accessibility to me, per se, but to the community of low-income people it purports to be providing “used quality goods to,” and the ethical issue of framing itself as a charity, when it is in fact a multi-national corporation.

Value Village is actually owned by a large American company called Savers, who are one of many corporations owned by the conglomerate TPG Capital. One of the impacts of Value Village being one of many companies owned by this multi-layered corporation is that the profits from Value Village need to travel all the way up to TPG Capital. Meaning Value Village needs to make a huge profit. By selling at a high price its surplus commodity, Value Village can maintain its workers at minimum wage, pay administrators, donate something to charity (exactly which charity and how much is being donated is unclear), and finally — most importantly — pay out its wealthy investors.

My local Value Village, like so many Value Villages, is located in a neighborhood that is on the busy city-bus line, and is annexed between low-income rental units and small private property. This particular Value Village is therefore situated within a low-income community and, through its marketing strategy “Buy More, Spend Less” has advertised itself as economically accessible to poor and working-class people. However, the actual products inside Value Village are marked very differently from the store’s claims. Value Village is not fulfilling its claim to help communities when in reality the pricing of the used goods is often economically inaccessible, all the while requiring customers to do the physical work of rooting through often worn-out, stained, and broken merchandise to find something affordable. Over the past 10 years, the prices at Value Village have become inconsistently and drastically high, sometimes more expensive even than those very same clothing items purchased new from discount retailers like Ardene, Sirens, Wal-Mart and Joe Fresh.

I have complained in person and in writing to the manager of this particular store, only to be given the corporate line that, “As a store we place over 10,000 items to the floor daily and 95 per cent of the items sold are under $10.00.” Anyone who’s shopped at Value Village knows this is clearly not true, with regular products priced upwards to $25.00. And these are not exceptional or “high quality” products. In fact, the idea that a “high quality” item should be priced higher is dubious; wasn’t that product donated in order for a low-income person to have access to it?

In any case, I believe that $10.00 is too much to pay for used, donated clothes when the minimum wage of an Ontario worker is $11.40/hr. The employees of Value Village would be hard-pressed to clothe themselves and their families at the prices Value Village now demands.

It is time that Value Village changes its everyday business practices to reflect its mission statement and the needs of low-income community members. But we can’t expect Value Village to do this on its own, as it is invested most of all in profit.

Locally, we can support the $15 and Fairness campaign or learn more about the growing living wage movement in Southern Ontario. Or, we can choose to donate our used goods to actual non-profits like the Working Centre or MCC’s Thrift on Kent, where profits are used to support social programs.

Emma is a PhD student in English & Cultural Studies at McMaster University.