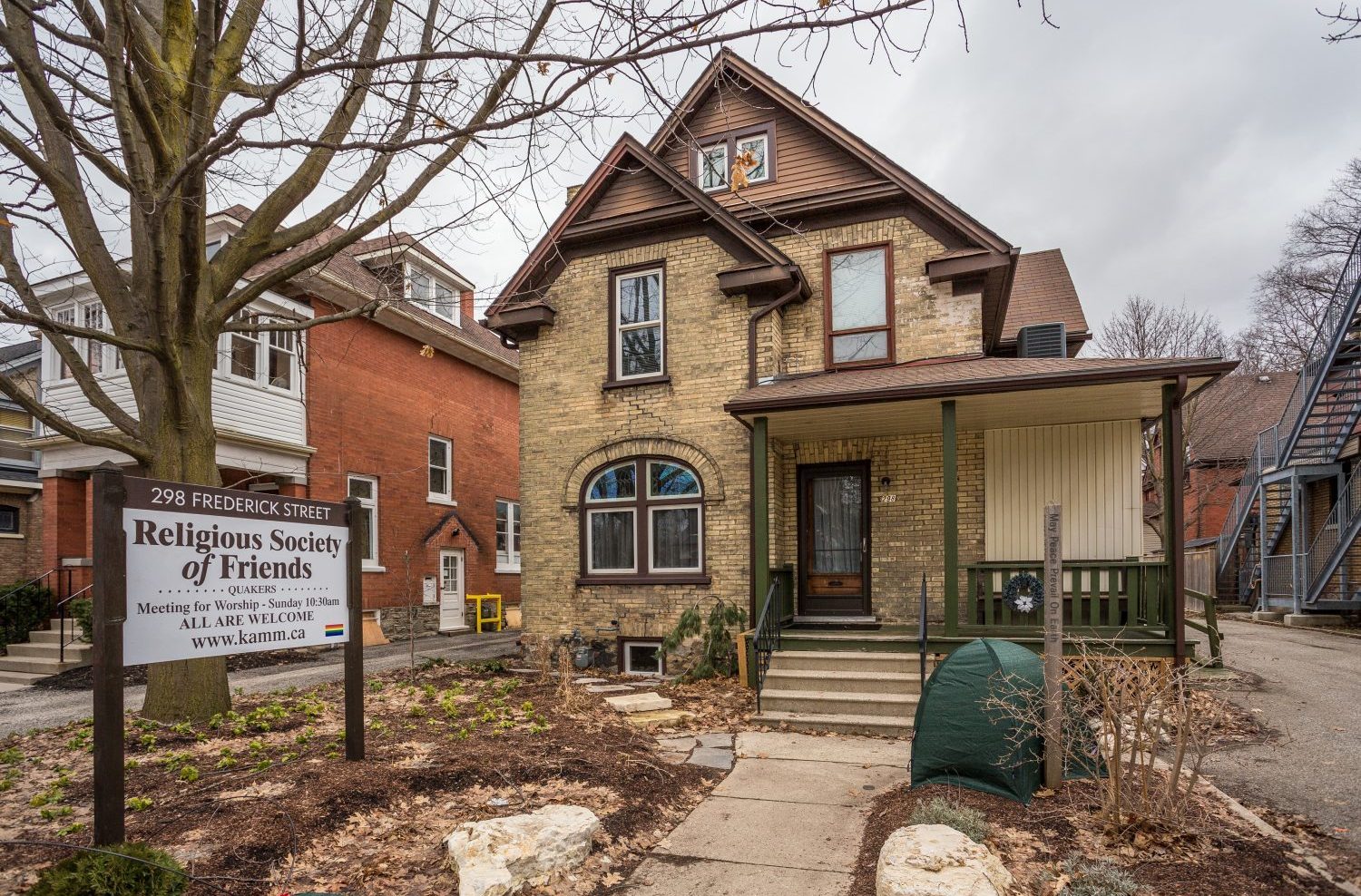 Seeker’s Corner: Waiting for the Touch of Something Beyond

Late last summer I attempted to describe in these pages a communal silence that transpires every Sunday morning at a local Buddhist community. Late this January I stepped into another spiritual community’s Sunday morning silence, this time at the Kitchener branch of the Religious Society of Friends, otherwise known as Quakers.

In the bustling foyer of a stately brick house on Frederick Street, I met my first Quaker: a tall elder named Chris who was all gentle smiles and hearty nods. When I introduced myself as a roaming religion junkie he told me that most folks here had come by choice rather than by cradle. As they commenced shuffling from the den and kitchen to the meeting room, another smiling Quaker named Daniel asked me if I knew what to expect. I shook my head and he gave me a small booklet to peruse during the coming silence.

“You’ll know when it’s over when someone shakes your hand,” he said.

Waterloo Buddhists meet to meditate. Kitchener Quakers meet to listen. One by one we entered the meeting room and sat in chairs lining plain walls – 20 people, a few potted plants, the faint sound of traffic outside, and a silence that quickly enveloped us all.

I opened the booklet in my lap:

“If pressed to say what they are actually doing in a meeting for worship, many Quakers would probably say they are waiting – waiting in their utmost hearts for the touch of something beyond their everyday selves. Some would call it ‘listening to the quiet voice of God’ – without trying to define that word,” the booklet read.

I breathed deep, followed the traffic sounds, surveyed the faces, laps, and toes across the room, and slowly, inexorably started to relax.

My gaze returned to the tract in my lap:

“The silence deepens to a stillness, and as you wait in fellowship with the others, you enter a state not only of peace, but of inspiration. We each respond in our own way, but our responses are drawn together into a unity. It is out of such a “gathered” unity, at a depth beyond thought or feeling, that spoken ministry arises.”

About twenty minutes into the meeting, it arrived. A young man spoke passionately about parallels between recent research confirming the enhanced neural integration of Buddhist meditators and the words of Jesus, who in Matthew says, “The light of the body is the eye: if therefore your eye be single, your whole body shall be full of light.”

The spontaneous minister reflected on the spiritual significance of this correspondence: “If we just breathe, breathe in the new, breathe new life, the self will not survive. It will be forced to change, to die, and be reborn.”

After a few minutes of contemplative digestion, a woman beside me opened a long personal anecdote with the statement, “I’ve had a hard week,” and concluded with the words, “the truth is imperfect, but we must seek it nonetheless.” And then quiet.

Eventually, out of the now familiar silence came the verse of an old hymn in a woman’s low lilt:

And then quiet. Another woman spoke, and another woman sang. And the hour was marked when my neighbour reached for a handshake, and a soft “good morning.”

Back in the kitchen over snacks and coffee, a man named Peter told me how he came to this community a few years back from an experience of his own cradle tradition’s spiritual shallowness. We both acknowledged an ineffable gravitas in the silence we’d just shared. After telling me about his growing interest in the Afro-Brazilian religious tradition of Candomblé, he described the Quaker affiliation ethos as amounting to respect for each other and for each others’ differences.

“About the only thing you couldn’t be here is a fundamentalist,” he said.

Just before noon a single voice rose above the rest: “Friends, it’s time to meet!” The Religious Society of Friends shuffled back into the meeting room for round two, meeting for business, to which I was warmly invited. I slipped out the front door instead, savouring an inward trace of Quaker quietude.