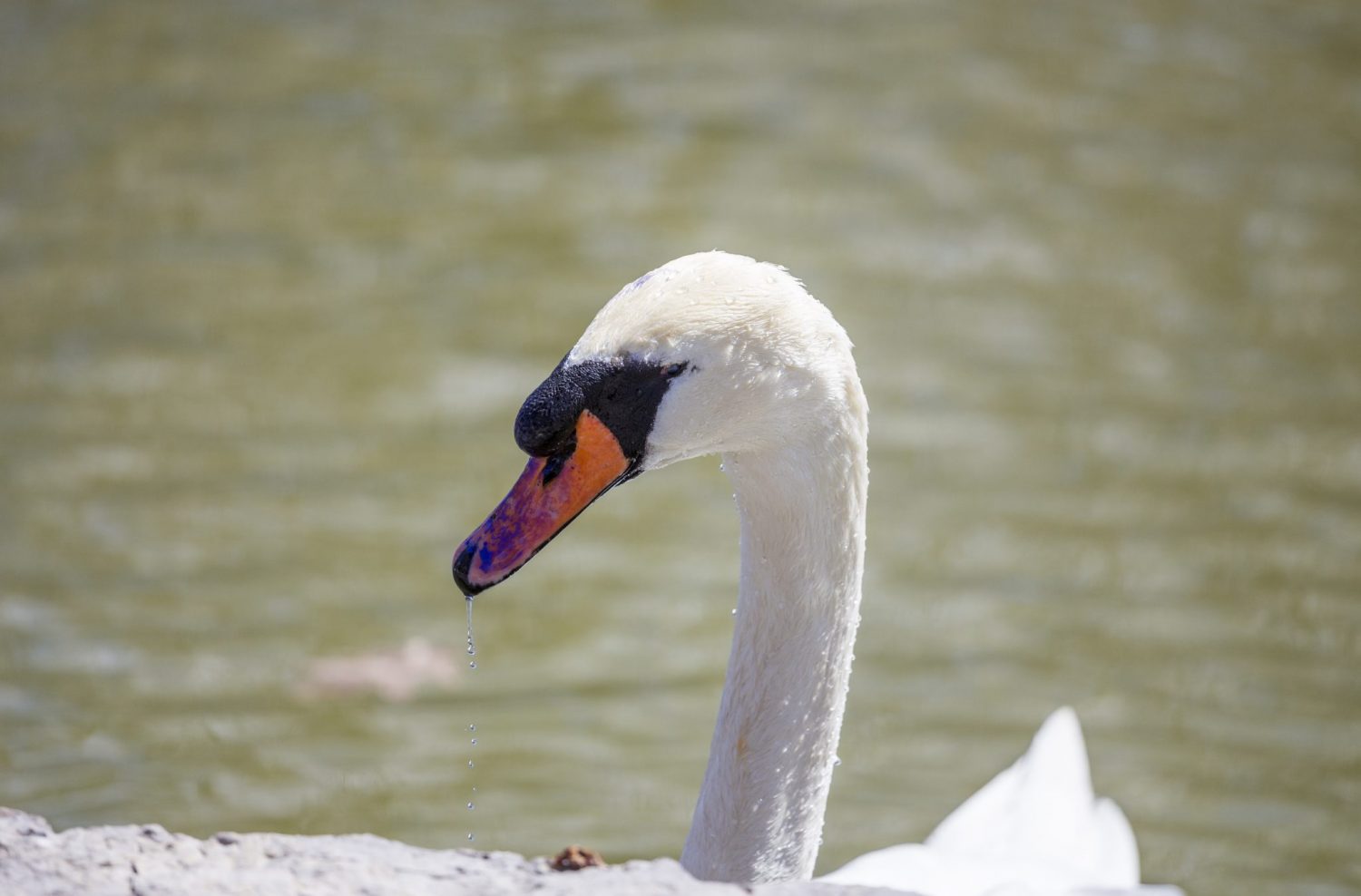 This is a humour piece. Come on, let’s not take things too seriously.

It’s the moment Bachelor fans have been waiting for — local Kitchener swan-about-town Otis has been picked as the new star of the show for the 2019 season: The Victoria Park Edition.

A widower since 2012 when his last mate died tragically — as reported in 2017 by The Record — he’s used to the single life. Although Otis has been hurt in the past, he may be ready to start a new chapter of his story on the open waters. Will Otis try to leave his wounded heart behind as he takes another flap at finding love?

After having been a contender on Bachelor in Paradise multiple times, Otis finally has his own season as the Bachelor. While wintering at the swan resort in Stratford with a huge cast of other talent, Otis made a love connection with a mysterious female swan. She has agreed to return with him to grace the local pond waters of Victoria Park.

Who is this mystery female, people are asking? Fans have been trying to find out. Luckily, her name was recently announced on April 29 after a poll was conducted by the¬ City of Kitchener. Possible names included Odette, Olivia, Olive and even the Queen’s Victoria. However, it was the name Ophelia that was ultimately chosen for this sassy maiden. 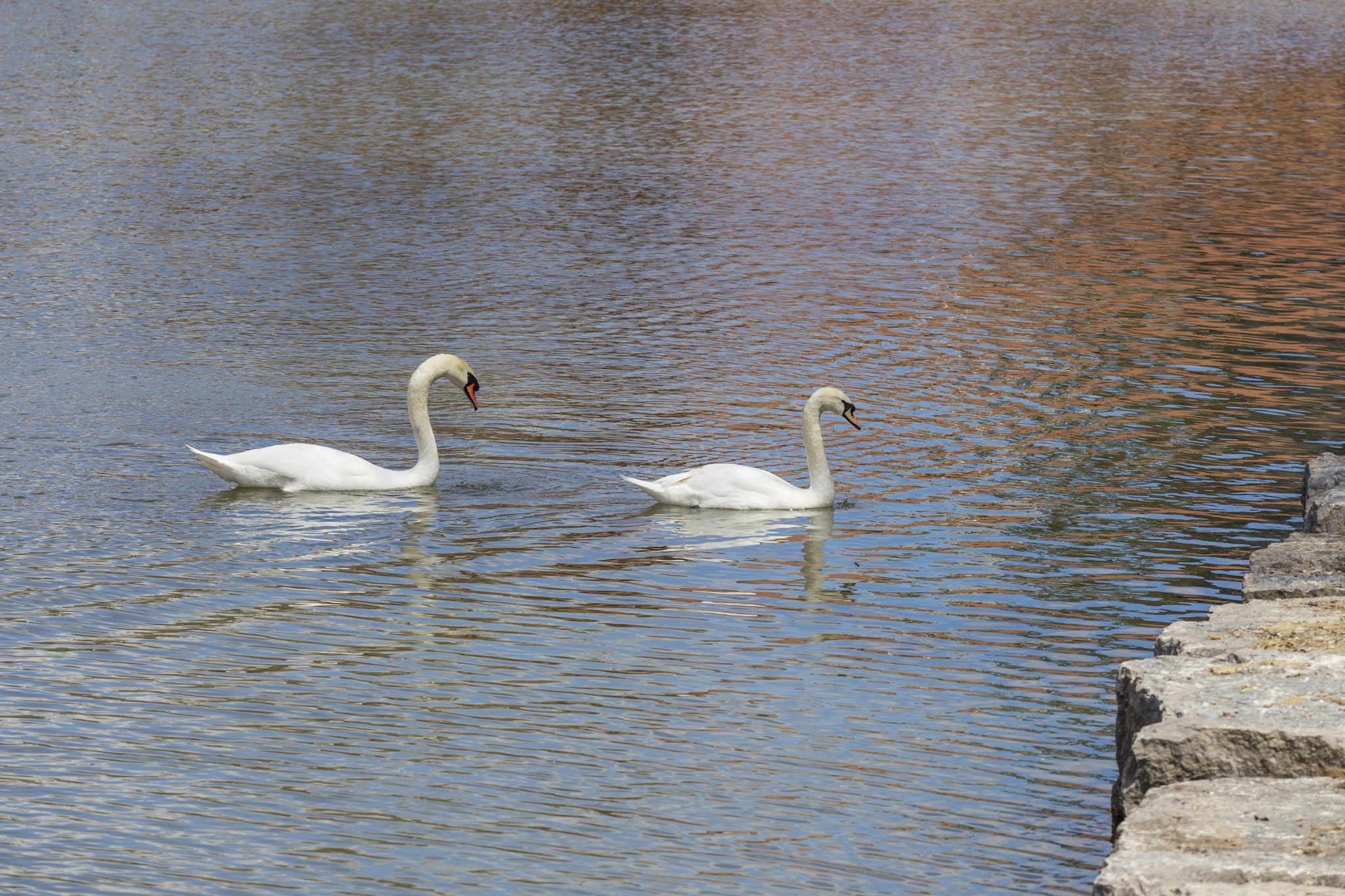 Otis, the lone swan of Kitchener, swam his way into all our hearts over the years with his friendly sarcastic jokes and photobombing of people’s weddings. Otis’ huge local fan-base #SwanNation has come out to support him in his quest to finally find true romance after all these years.

His Instagram account @otistheswan is blowing up lately, but he still seems grounded even with all this newfound fame — he even made front page news on The Record. Otis seems to always have time for his fans, stopping to pose sassily for a photo with them or to offer up a witty, sarcastic honk.

It’s been a suspenseful past couple of episodes, as a strange male trumpeter swan recently swooped into the park from out of nowhere. It looks like a love triangle has been forming between Otis, the unnamed female swan, and this new interloper that fans have taken to calling P14 — due to his tag labels.

Earlier this month, Otis updated us with this post: “(Potential) Relationship Status Update: THIRD WHEEL?” It’s not clear what’s happening — fans have seen the two guys screeching at each other loudly. But is P14 here for the right reasons? 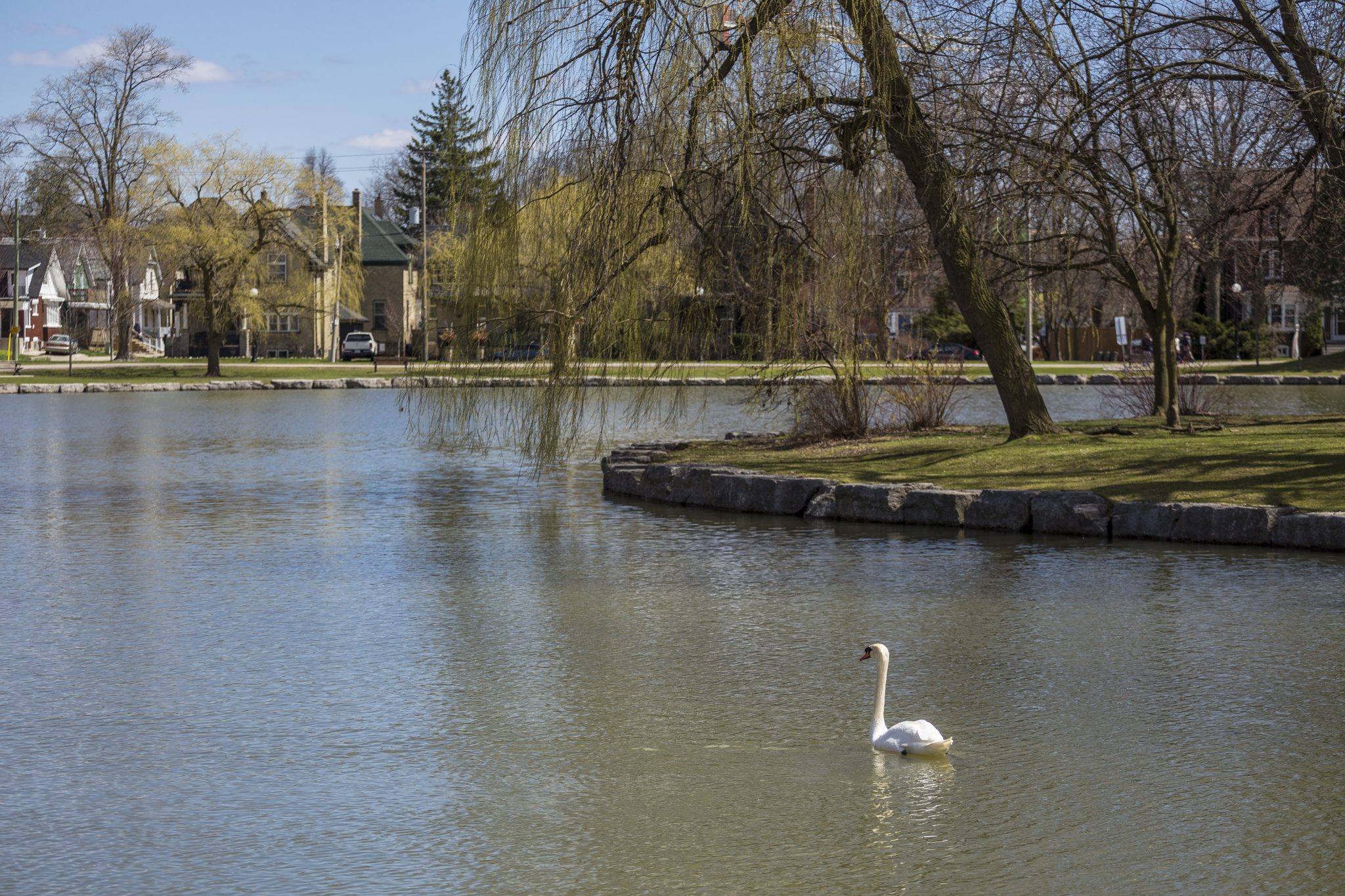 In a shocking turn of events, the show surprised everyone by adding seven new cast members in late April. We don’t know for sure where these seven new swans were cast from, or what the male to female ratio is, but local bird watchers confirmed they were a gang of trumpeter swans. It got a bit wild and loud in the evenings with a few too many “bevies” and they got cut from the show.

Not to worry as they flew off to dance with the stars after a short stint on the show, leaving Otis and P14 to duke it out.

The typically sarcastic Otis continues to captivate his audience with his on-point IG posts throughout the season. A recent post said the only love triangles he wants are pizza slices and wifi symbols.

We will have to wait to see how this season of The Bachelor: Victoria Park Edition turns out. Anything could go down on the water this year, but it doesn’t look like smooth sailing based on what we’ve seen so far. Regardless, Otis’ fans will be cheering him on from the sidelines in hopes that Otis will be giving out his final rose.

Fans will be pleased to hear that Cafe Pyrus will be selling Otis swag for the month of May. Stickers and t-shirts designed by local firm ROBIN+ELAINE are available in limited quantities.