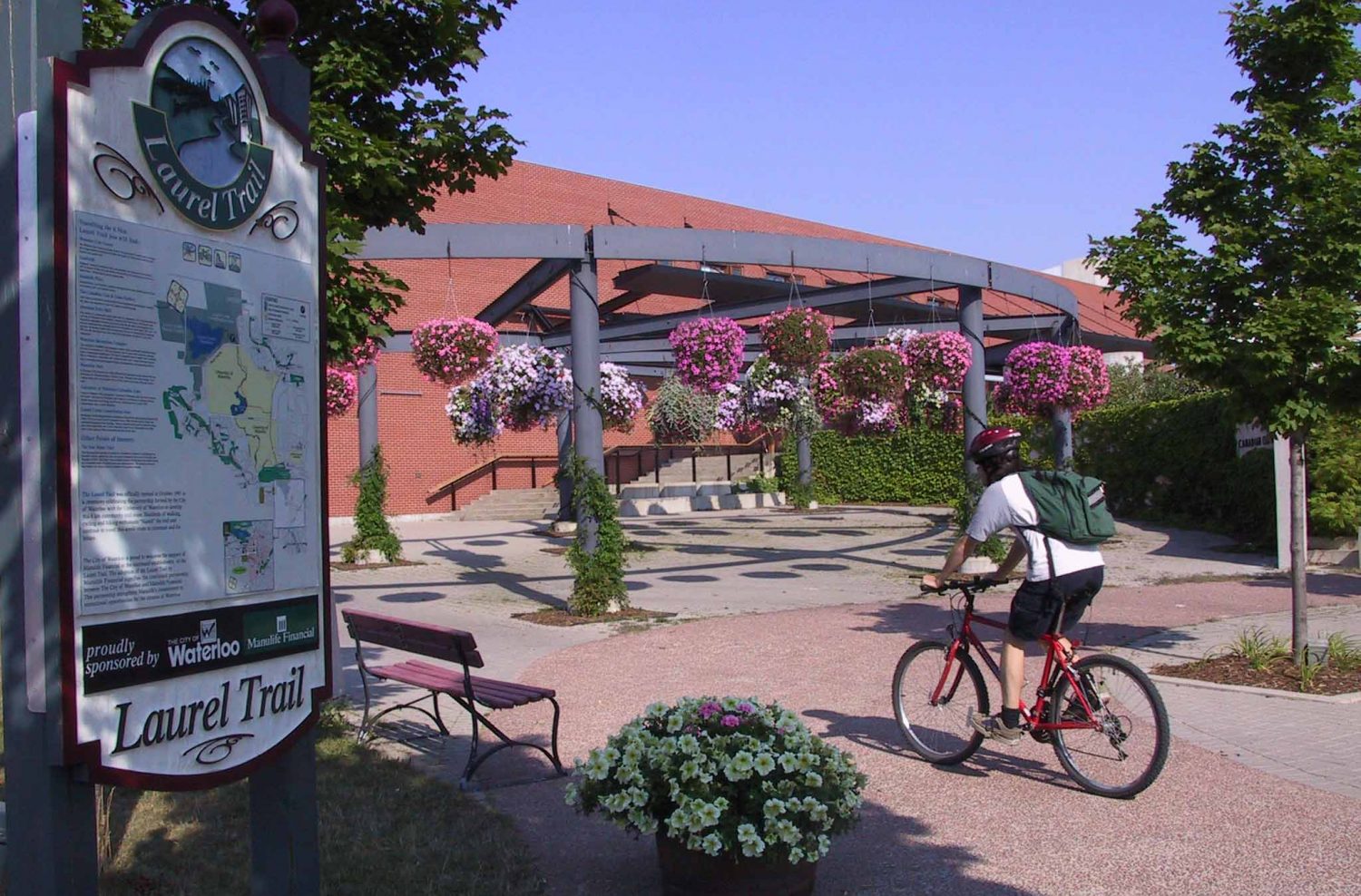 Ready to ride: Getting where cars can’t

On the morning of June 27 I got
up, got ready, and left for work like I do every morning. However, when I pulled to the intersection on my street at King Street, I found my way blocked by a large ‘road closed, detour’ sign. I then found myself faced with the challenge of weaving toward downtown through a maze of construction and road closures.

Like most Waterloo Region residents, I have found it impossible to avoid the citywide ION construction. As the city is in the process of building LRT, many streets are blocked off,
and traffic often becomes congested on side streets that were not built to handle such great traffic volume. While many struggle with city driving, one local has found an alternative. Brockenshire Lemiski, an employee of The Working Centre in downtown Kitchener, bypasses blockages with his bicycle.

“Cyclists have a bonus,” says Leminski. “Because we can get places that cars can’t.”

He explained that cyclists can use trails as short cuts, as they run on direct paths through town and are always open. Trails such as the Iron Horse Trail and the Spur Line trail connect Kitchener-Waterloo and give cyclists a quick and easy route.

“Cycling during ION construction has helped me get to know the city in different ways, such as learning about new trails and seeing different parts of Kitchener-Waterloo,” said Leminski.

Google Maps makes planning cycling trips easy. After entering your destination into Google, simply click on the cycling option as well as ‘show bike paths’. Google will even tell riders the approximate length of their ride and the type of terrain they should expect. For example, Google tells me that my ride to work should take 11 minutes, be 3.0 km long and that the land will be ‘mostly flat’. Another option is to download the city’s new mobile app, Pingstreet, to access Kitchener’s trail maps using your phone.

Developing alternatives to driving will be an asset to residents, as construction will carry on for at least another two years. Set to begin service in 2017, there will be a 19 km, 16 stop, LRT route running from Conestoga Mall to Fairview Mark Park. Stage 2 of construction features a 23 stop LRT running between Cambridge and Waterloo.

I look forward to tomorrow, when I will leave my car at home and instead, cycle the easy, eleven minute journey to work.