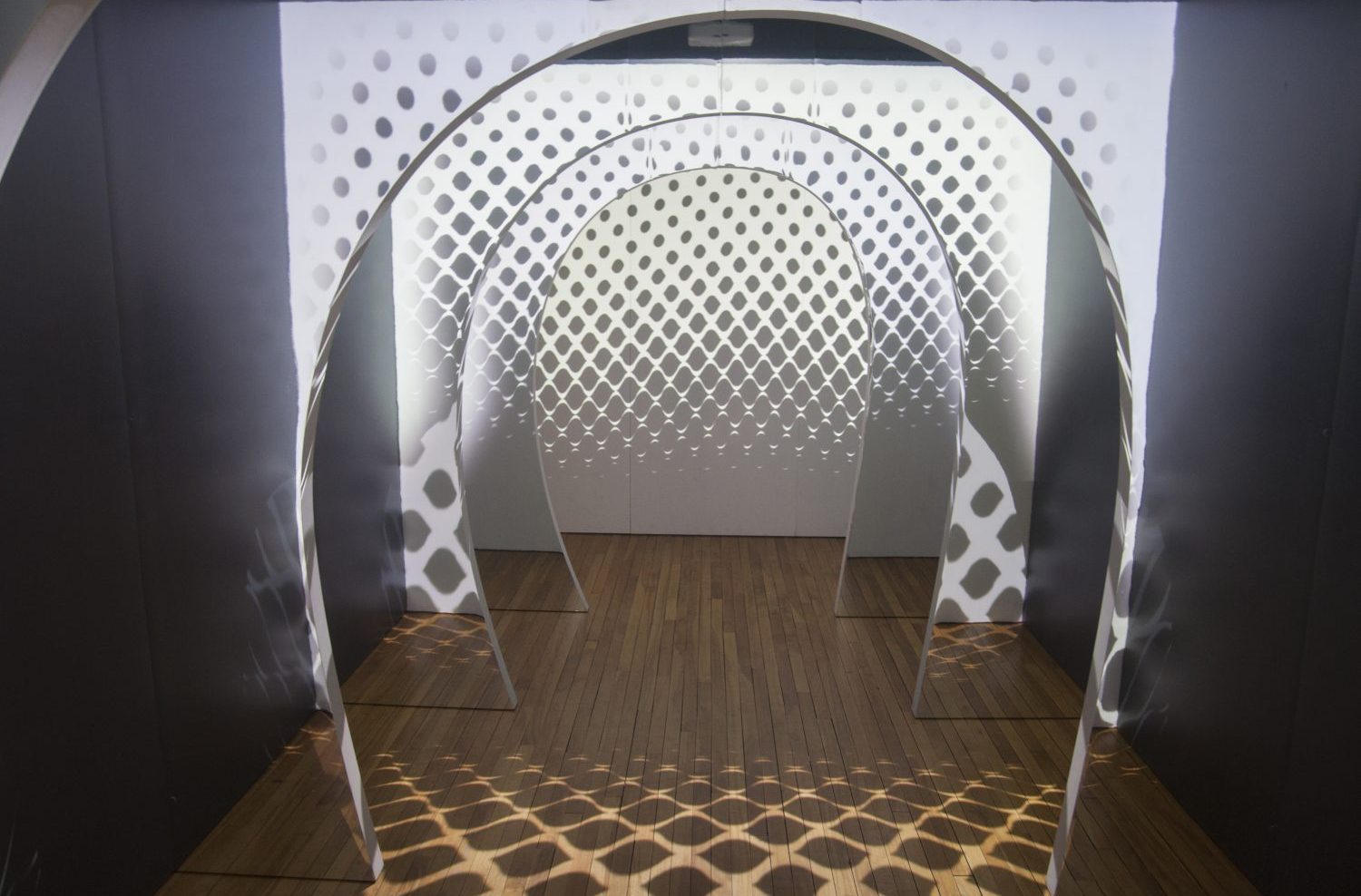 Quantum Exhibition Informs, Is All Over the Place

The “classical” physics developed by Newton can be difficult to understand, but at heart it mirrors how we basically expect the world to behave. A moving object follows the same path whether or not we look at it, and the path it follows is in principle predictable. But physicists working in the early 20th century discovered that these expectations hold only approximately. Sufficiently small objects, like electrons, are smeared out over space like waves — unless they are measured. Once measured, they assume a particular, random, position.

The ideas of the new theory, quantum mechanics, are showcased in Quantum: the Exhibition, which resides at THEMUSEUM until January 1, after which it will tour the country. The exhibit combines text and interactive demonstrations to successively describe the basic ideas of quantum physics, existing technologies such as lasers that exploit the theory, and potential future applications such as quantum computing.

Quantum physics is a complicated subject. One of the exhibit’s goals is therefore to provide a multi-layered experience that gives some benefit at many levels of prior knowledge. A second or third year physics major, encountering quantum theory seriously for the first time, might find some of the demonstrations to be very illuminating. Someone completely unexposed to modern physics will of course have a more superficial understanding, but should still learn.

In particular, such a person will learn that Canada, and Kitchener Waterloo specifically, is a world-leading centre of “quantum technology.” There is some truth to this: Waterloo now hosts multiple world-leading research centres developing such technology, including the Institute for Quantum Computing and the Perimeter Institute for Theoretical Physics. Waterloo’s Quantum Valley Investments funds quantum-technological startups.

Elsewhere, D-Wave Systems in Burnaby, B.C. has built what they claim is a quantum computer. This claim is best described as “hard to disprove,” but since a real quantum computer could break modern encryption with ease, the mere threat has made a few multi-million dollar sales.

The claim is nevertheless somewhat misleading. With the exception of quantum key distribution, an approach to information security whose real-world pragmatic advantage is at least debatable, the advertised technologies cannot be commercialized because they do not exist. Quantum computing in particular is probably decades away.

The environment being fostered in Waterloo may lead to a watershed breakthrough that dramatically shortens this timeline. Were that to happen the flood of investment into Kitchener Waterloo would almost certainly rival that into California during the 1990s, for good or for ill. But for now the promise remains only a promise.

Adam is a visiting graduate fellow at the Perimeter Institute for Theoretical Physics.