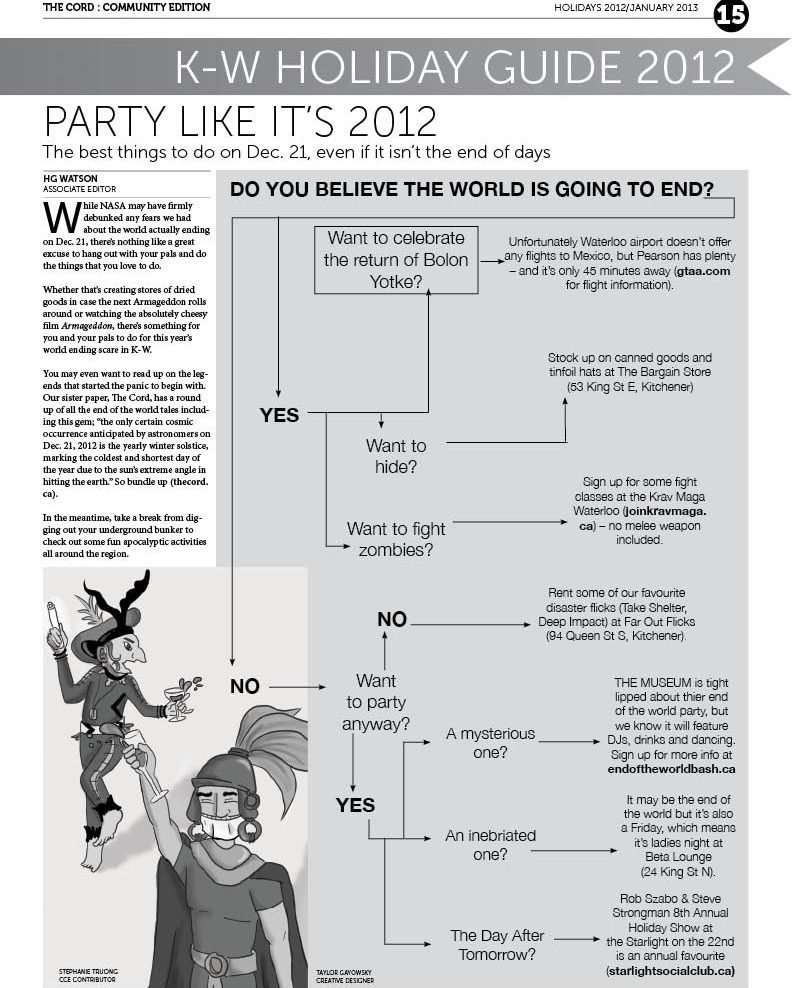 While NASA may have firmly debunked any fears we had about the world actually ending on Dec. 21, there’s nothing like a great excuse to hang out with your pals and do the things that you love to do.

Whether that’s creating stores of dried goods in case the next Armageddon rolls around or watching the absolutely cheesy film Armageddon, there’s something for you and your pals to do for this year’s world ending scare in K-W.

You may even want to read up on the legends that started the panic to begin with. Our sister paper, The Cord, has a round up of all the end of the world tales including this gem; “the only certain cosmic occurrence anticipated by astronomers on Dec. 21, 2012 is the yearly winter solstice, marking the coldest and shortest day of the year due to the sun’s extreme angle in hitting the earth.” So bundle up (thecord.ca).

In the meantime, take a break from digging out your underground bunker to check out some fun apocalyptic activities all around the region.