NIGHT\SHIFT is Back for a Fifth Year

Eric Rumble has been on the move for the past five years making sure NIGHT\SHIFT, the downtown place hacking festival he created, comes back stronger every year. Since it’s inception in 2012 in partnership with Alternatives Journal, NIGHT\SHIFT has solidified itself as an essential cultural event in downtown Kitchener.

Whether or not we need Daylight Savings is debatable, but it’s end in the early hours of the first Sunday in November have come to mean something else in KW. NIGHT\SHIFT starts the evening before our clocks “fall back” giving festival goers an extra hour of celebrating the downtown streets without even realizing it.

But aside from celebrating that extra hour, NIGHT\SHIFT also exposes our community to music and art that we might otherwise miss. Rumble’s own deep dive taste in experimental Canadian music is pretty obvious in the NIGHT\SHIFT lineup. In 2016 they hosted a week of intimate shows with artists including Eiyn Sof and WHOOP-Szo at 44 Gaukel with the stellar infinity tunnel, created by nik harron and Bernie Rohde. 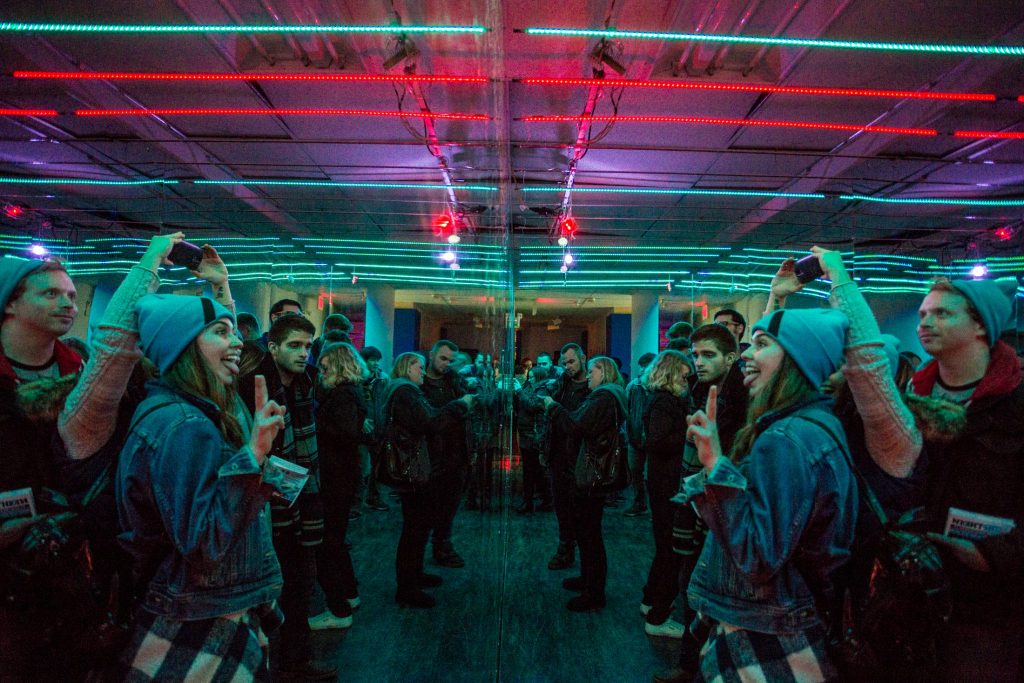 This year’s festival goes even deeper into experimental sound. Rumble was most animated during our interview with going through the lineup of artists.

“[Coming] all the way from Saskatoon is respectfulchild, whose Searching cassette is easily one of my 2017 top 10. ANAMAI’s What Mountain LP has been in heavy rotation at my house too — they’re fantastic,” he said.

I’ve loved the music of You’ll Never Get to Heaven and Cadence Weapon for years, but have never seen either play. And I’ve hired a handful of ambient artists to add amazing layers to the festival’s takeover events at Open Sesame on Nov. 2 and KWAG on Nov. 3 — Castle If, D/DT, M Mucci, Clara Engel and North Atlantic Drift.”

NIGHT\SHIFT has managed to find a groove easily, blending music with art installations across downtown. This year, the geography of the festival is getting a little smaller, with locations mostly concentrated around King Street. Previously it has spanned from 44 Gaukel to Centre in the Square with dozens of stops in between.

Rumble identifies one of the purposes of NIGHT\SHIFT is its ability to get people downtown at night, exploring their city. Downtown Kitchener often comes with a stigma of being unsafe. While the history of crime in downtown cannot be ignored, most downtown dwellers will be quick to tell you that, for the most part, it’s in the past. NIGHT\SHIFT is one of the few events per year that fills our streets at night, allowing people from all over the region to explore comfortably, and hopefully change the way we think of our city centre. 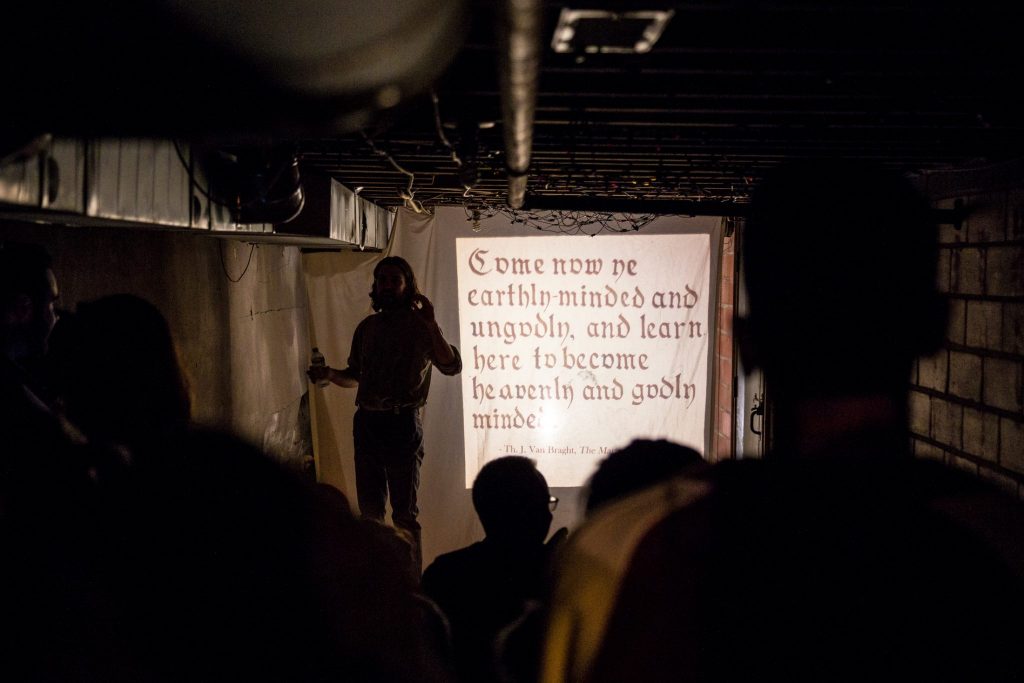 “I’m always excited about reimagining spots like Goudies Lane and the secret circle inside the Duke/Ontario garage ramp, and about being surprised by the transformation of a bunch of weird pieces of programming from paper to reality,” said Rumble.

A big change with NIGHT\SHIFT this year is what Rumble describes as a “renewed energy in the board of directors.” The board members include Sam Trieu, Mars Orlowska, Allie Brenner, Shirley Madill, Marc Lecompte and Rumble. He credits the team with helping him stay afloat trying to organize the festival while still holding a full-time day job and maintaining some semblance of that work-life balance we’re all after.

“Where I’ve struggled previously to solo-juggle production pillars like volunteer recruitment, marketing and crowdfunding while also doing all the administrative crap, finding money to pay for everything and puzzling together the festival lineup, that handful of culture instigators have kept everything on the rails, including me,” said

Ellie Anglin, Ian Newton, Agnes Niewiadomski, Michelle Purchase, nik harron, Susan Coolen, Gary Kirkham, Green Light Arts, VERSA, and Katherine Road Quartet are a few of the local artists contributing their talent to this year’s festival. Dylan Reibling is back this year screening the footage from his 2016 24-hour dolly, which was shot in City Hall. Sitting for that footage last year, even for just a minute, was one of the most vulnerable, intimate, and incredible experiences I have had. Watching it is likely to be meaningful to anyone who participated.

We, as consumers, really only experience NIGHT\SHIFT the day it happens (this year it’s Nov. 4). But for Rumble and the rest of the board, that one day happens as a result of a full year’s worth of work. They have to secure funding, comb through artist applications, curate a music lineup that both interests and challenges its audience, and deal with the many logistical roadblocks that come with hosting large scale events.

That level of effort in bringing a cultural event to our community deserves support. Show yours by going to this year’s NIGHT\SHIFT and embracing the digital age of tweeting and Instagramming your experience. Keeping festivals like this one around require effort and commitment from our entire community. 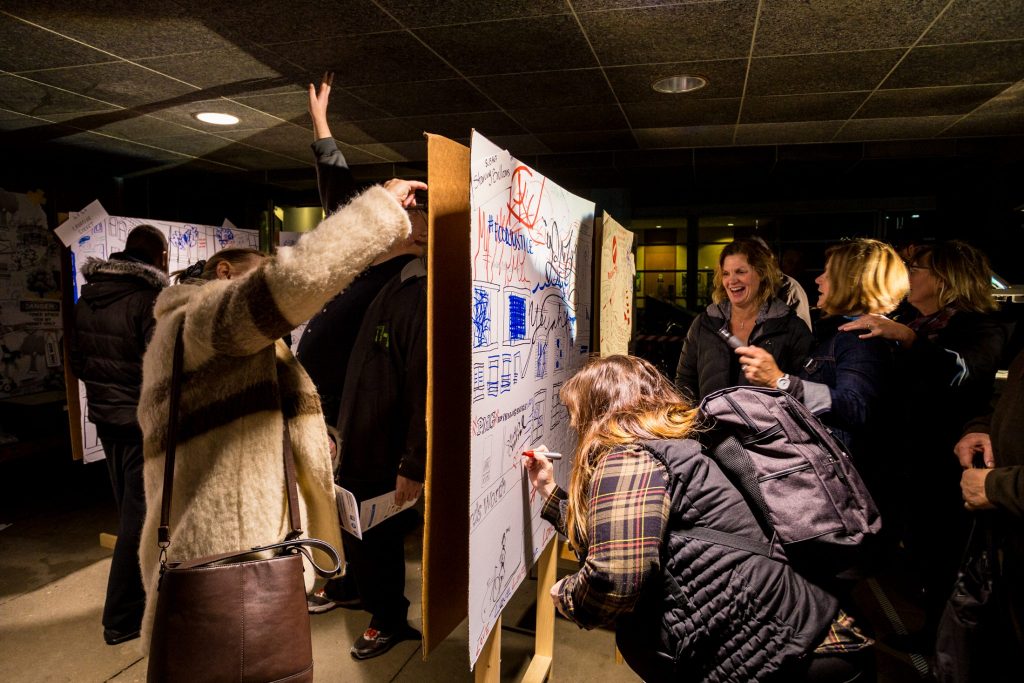